Affinity, a relationship intelligence platform designed to work with existing customer relationship management (CRM) solutions, today announced that it closed an $80 million series C funding round led by Menlo Ventures, bringing its total raised to date to $120 million at a $600 million valuation. Advance Venture Partners, Sprints Capital, Pear Ventures, Sway Ventures, MassMutual Ventures, Teamworthy, and ECT also participated in the round, which cofounder and CEO Ray Zhou said will be put toward strengthening Affinity’s engineering team and expanding its sales and marketing reach into sectors such as investment banking, private equity, and accounting.

CRM systems and networking platforms like LinkedIn have helped salespeople close deals for decades. But they can be difficult to manage, with some studies finding that up to 70% of company profiles and contact information are incomplete or out of date. According to one source, 32% of sales representatives spend more than an hour each day on manual data entry. Another survey found that 9% to 17% of companies consider issues with customer data integration and incorrect data their top challenges, as well as difficulty in tracking sales funnels.

Founded in 2014, Affinity aggregates customer data produced by interactions and communications like email and calendar meetings, leveraging AI to analyze each data point. The platform turns the analysis into insights about professional relationships, revealing who in an organization has the best chance of opening doors or closing deals. 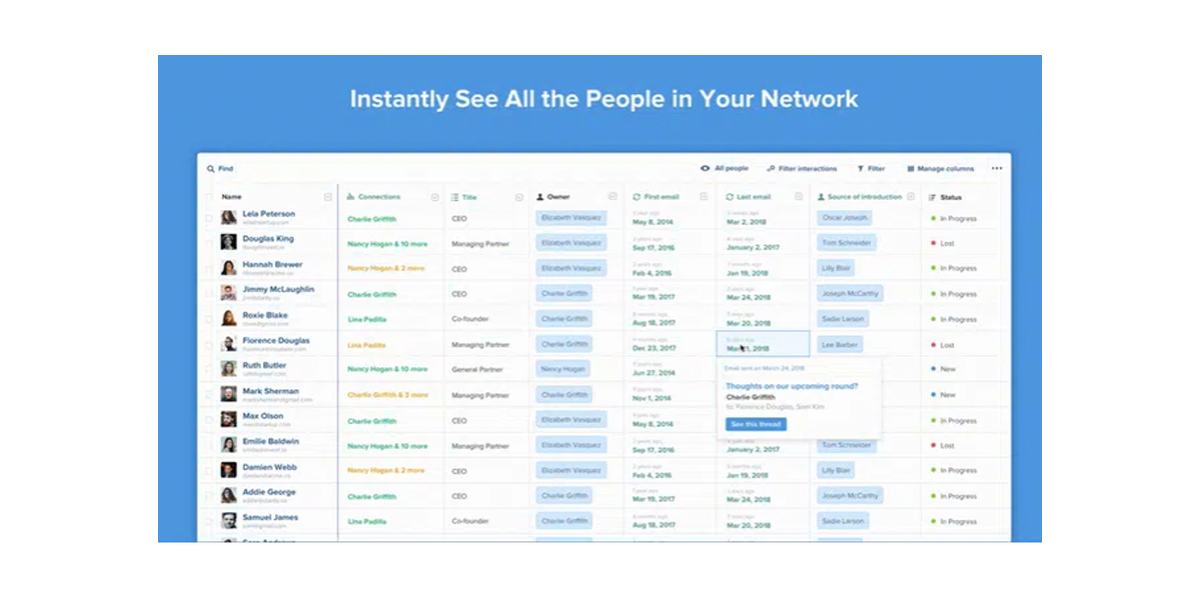 “Most often, we’re competing with legacy, transactional CRMs, or homegrown contact and deal-tracking systems. We see a lot of Excel spreadsheets or legacy CRMs like DealCloud deployed but not used,” Zhou told VentureBeat via email. “A typical Affinity user has over 1,600 connections, and we’ve mapped more than 48 million relationships overall. This connection data … drives both our relationship graph and the relationship scores that provide the ‘warm’ introductions that deliver deals. Dealmakers in private capital and services typically have lots of connections, creating a network effect that further increases use of our platform.”

Zhou says that the pandemic placed a greater emphasis on relationship building and intelligence for Affinity’s customers, who had to work harder to build their networks and engage the right founders or CEO. As face-to-face meetings became logistically impossible, the platform helped to update contact records and track activity, enhancing company profiles with information like revenue, staff size, and funding.

Affinity claims to have analyzed over 18 trillion emails and 213 million calendar events to build its relationship intelligence graph. Its platform currently powers over 500,000 new introductions and tracks 450,000 deals per month, scoring the strength of relationships using algorithms that assess factors such as communication frequency, recency, cadence, and response time.

“We saw substantial growth in usage of the platform [during the pandemic] from existing clients as well as growth in industries like investment banking as they adapted and accelerated their digital transformation efforts,” Zhou said. “Affinity has quickly become the go-to relationship-management tool for VCs and private-equity firms.” 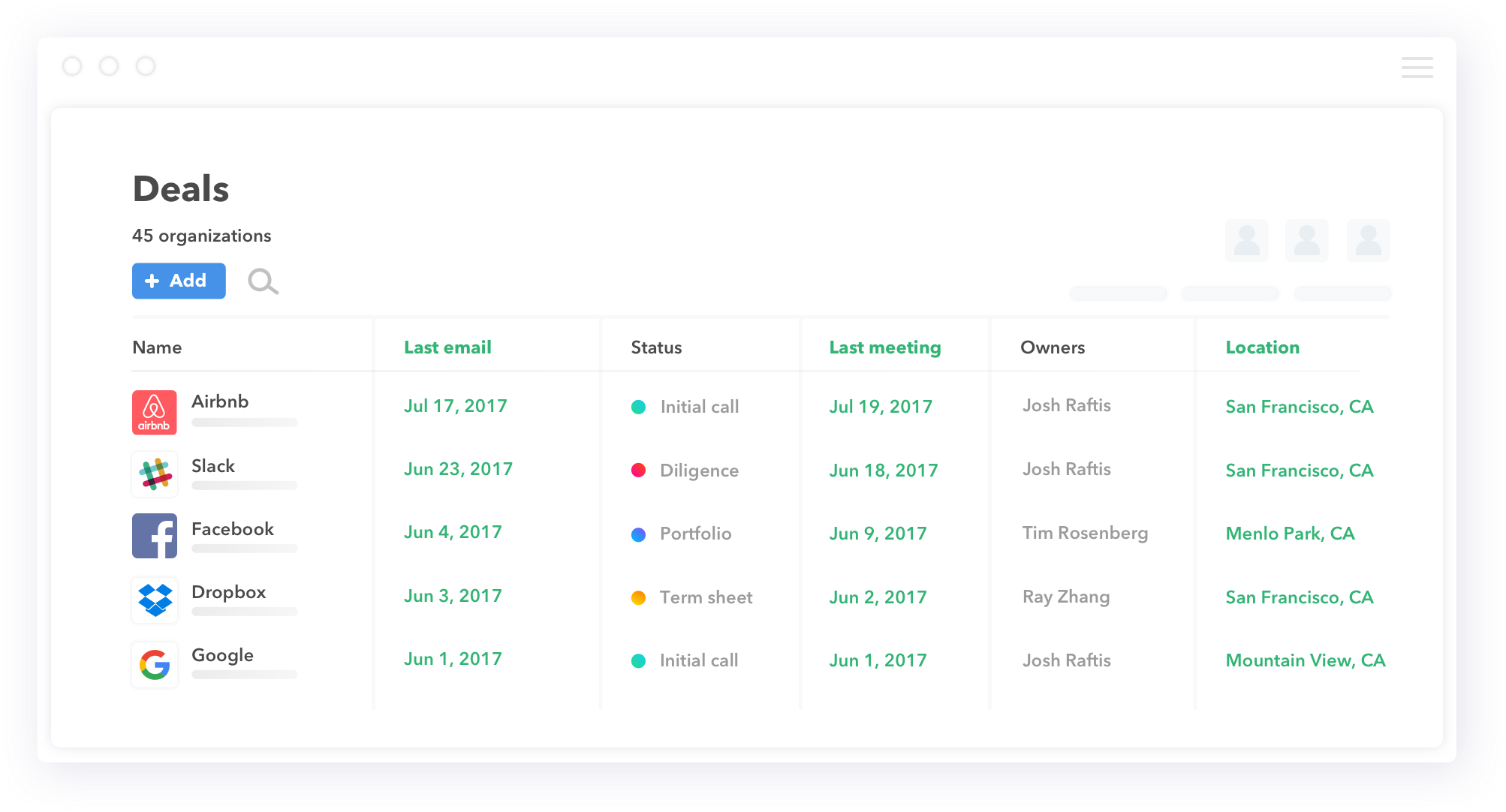 “Affinity brings the power of relationship intelligence into sharp focus, giving teams the data and context to close business,” Tyler Sosin, partner at Menlo Ventures, said in a statement. “At Menlo, we started as a customer of Affinity only to quickly learn we could not live without it. As investors, it dawned on us that Affinity is tackling a universal problem faced by a wide swath of industries. That’s when we knew we had to chase these guys down and invest. It helped that we were tracking Affinity … in Affinity.”

In the near term, Affinity plans to grow its 125-person staff to 200 by next year.