Developed by indie outfit Red Hook Studios, Darkest Dungeon is a viciously difficult RPG that features a bleak, relentlessly oppressive atmosphere only matched in its intensity by the horrific Lovecraftian nightmares which stalk every corner of its antediluvian tombs. By no means for the faint of hearts, Darkest Dungeon asks players to make crushing decisions and risk it all in the name of salvation.

Though RNG plays a large part in players’ success, knowing what the game’s various curio encounters can do will hugely impact the outcome of most runs. Some can save a botched journey, while others can tank a guaranteed win. 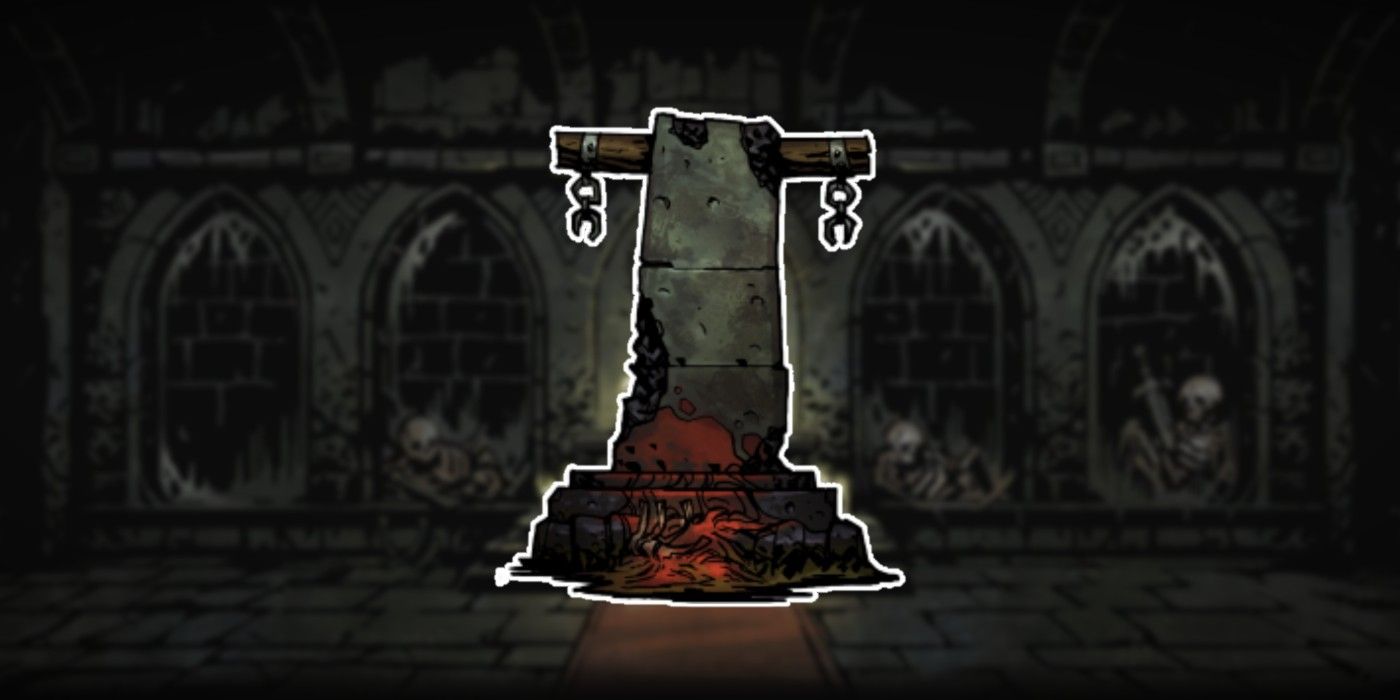 Found exclusively within the Warrens, the Sacrificial Stone is always a huge gamble and the bane of most conservatively-minded players. On the positive side, it offers a 25% chance to purge any negative quirk from a hero, as well as a 25% chance to instill either the Warrens Explorer our Warrens Scrounger quirk.

However, there’s also a 50% chance that it will add fifty stress to a character. Crafty players may be able to make use of this if they’ve specced their team with stress resistance in mind, but it’s otherwise a massive liability. 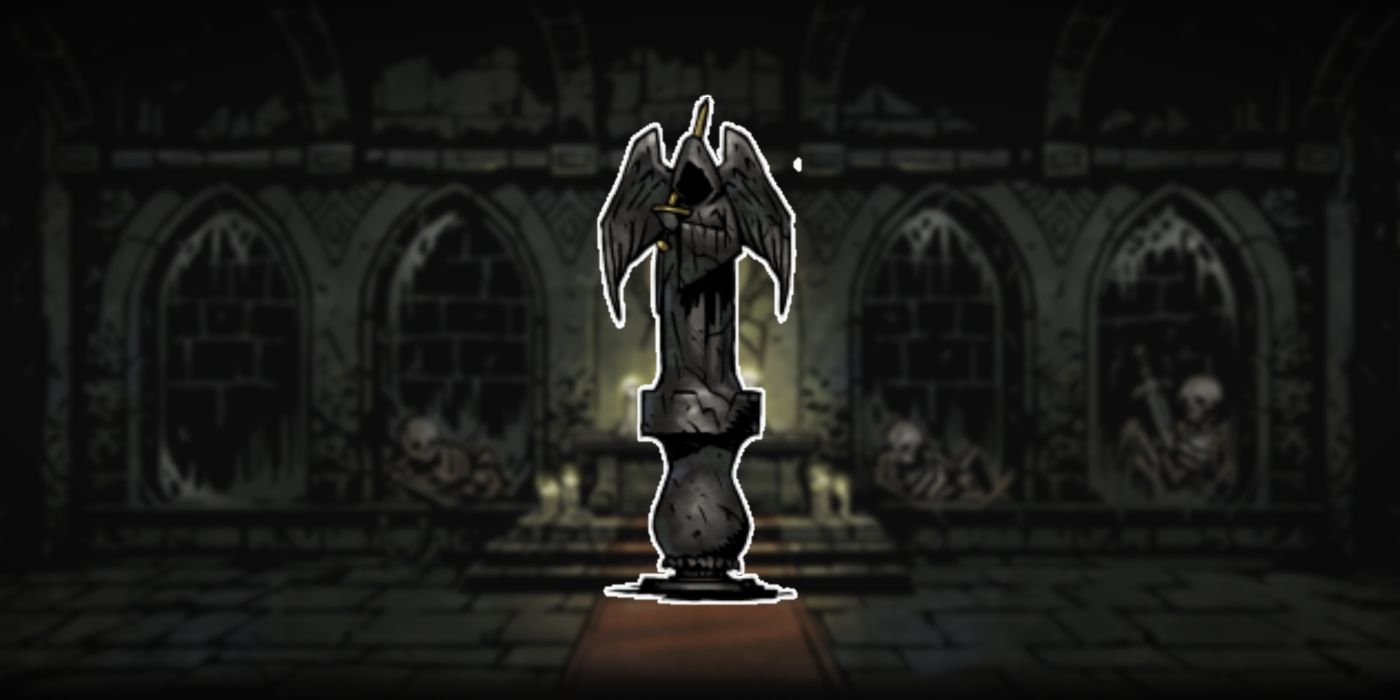 Though it looks fairly sinister and has likely scared away plenty of new players, the Altar of Light is an awesome curio which should be interacted with at every opportunity.

Touching it will imbue a hero with +20 damage until the next camp, and using holy water on it will increase that to +30. Unfortunately, it’s only found in the ruins, though it does show up fairly frequently and can be a huge help in difficult encounters and boss fights. 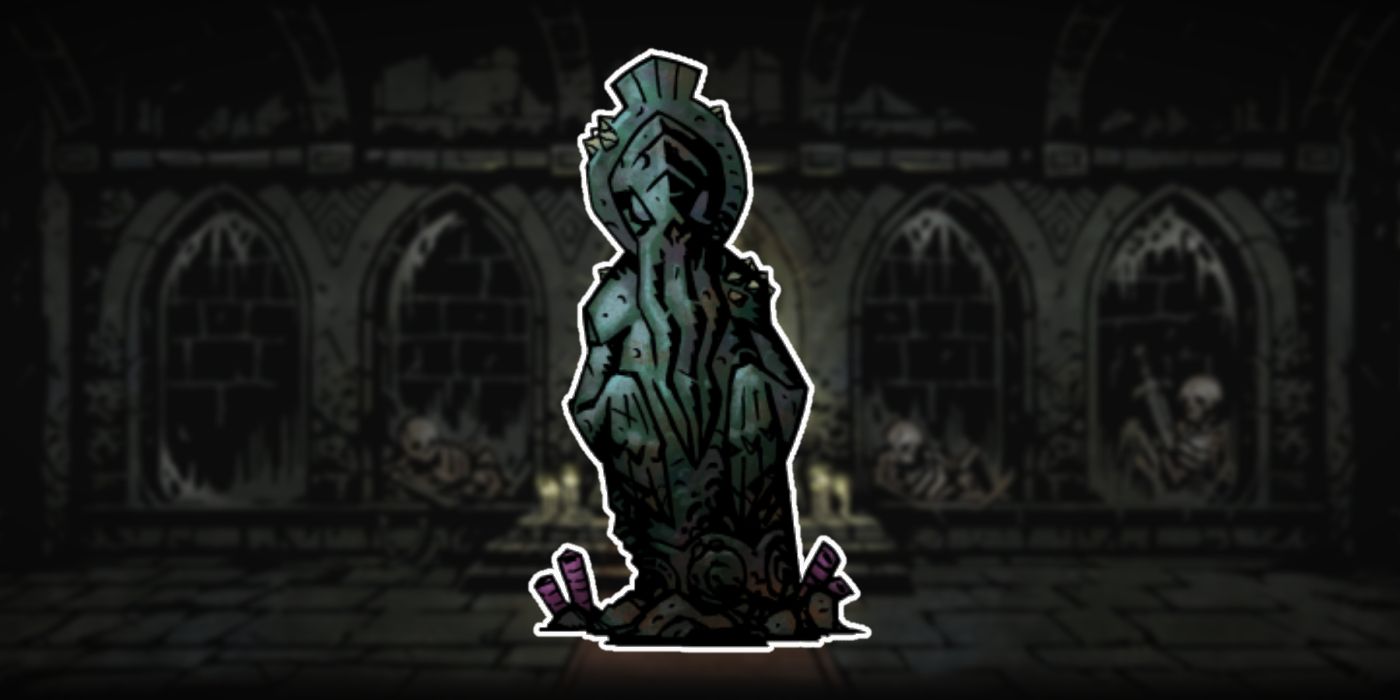 The Fish Idol may have some definite upsides, but there’s no doubt that it was designed to be a beginners trap for those taking their first tentative steps into the Cove.

Using holy water on this curio will result in a +18 damage buff, but such an item may well be in short supply. Plus, interacting with the Fish Idol without using any items will result in either a -25 damage debuff, a -10 accuracy debuff, or a -12 dodge debuff. No matter how you slice it, this thing is, more often than not, better left alone. 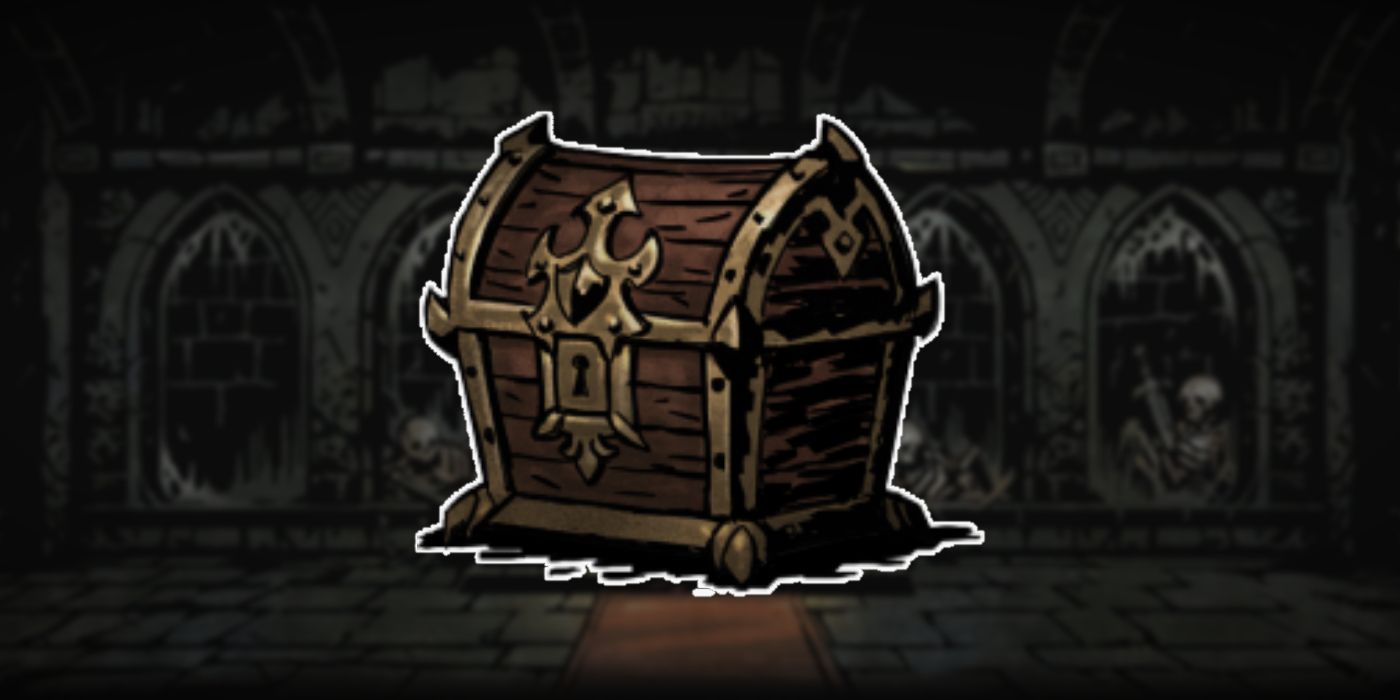 Found within every dungeon save for the Darkest Dungeon itself, the Heirloom Chest is one of the most common curios for players to encounter. Though it carries a small amount of risk should players find themselves without any skeleton keys, it’s a curio with which players should almost always interact.

Simply touching it has a 70% chance of awarding the player two heirlooms, though it also carries a 30% chance of inflicting bight or bleed. However, using a skeleton key on this curio will afford the player a total of four heirlooms, which are instrumental in building up the player’s estate. 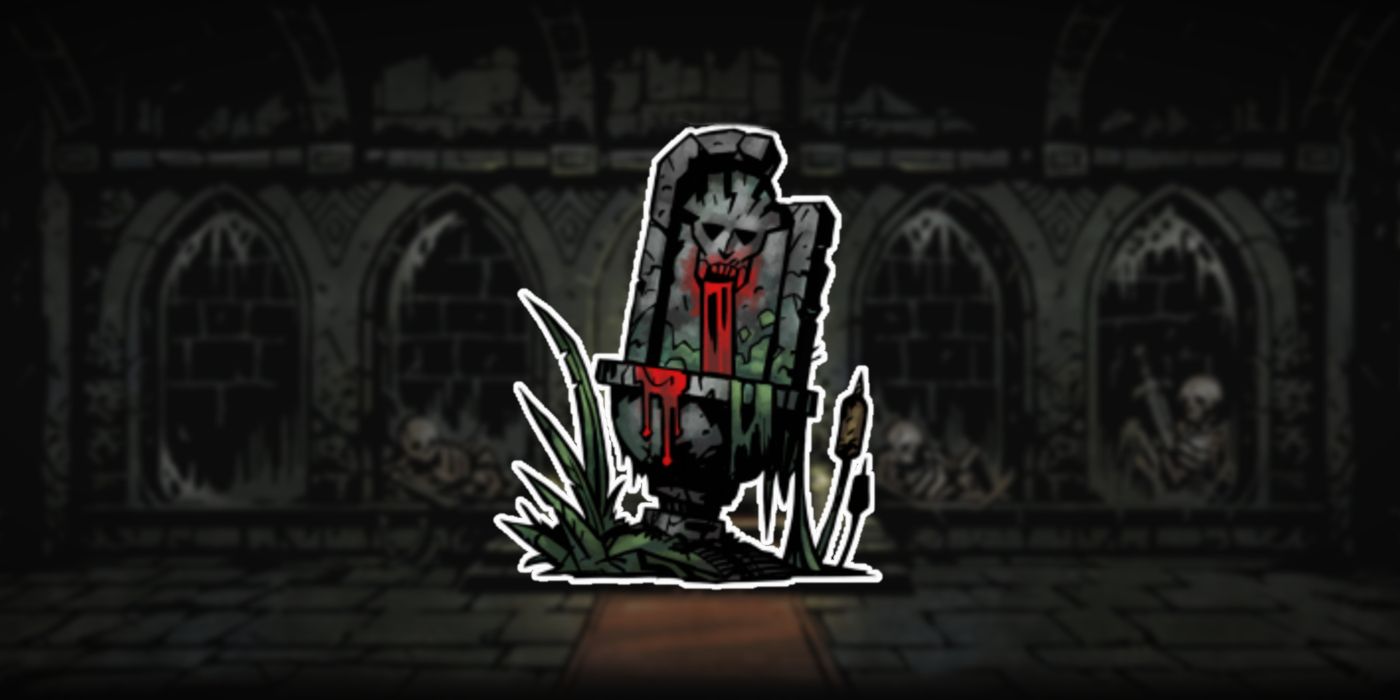 Introduced in the outrageously unforgiving Crimson Court DLC, the Damned Fountain may only be encountered in the expansion’s eponymous location, and, though it can be a major help, it can also be a tremendous hindrance.

On the positive side, using holy water on it will heal 30 stress, and interacting with it offers a small chance to produce random loot. However, it carries a 60% chance to incur bleed, and, worst of all, there’s a 20% chance that interacting with a Dmaned Fountain will give a hero the Crimson Curse, which is a veritable death sentence in certain situations. 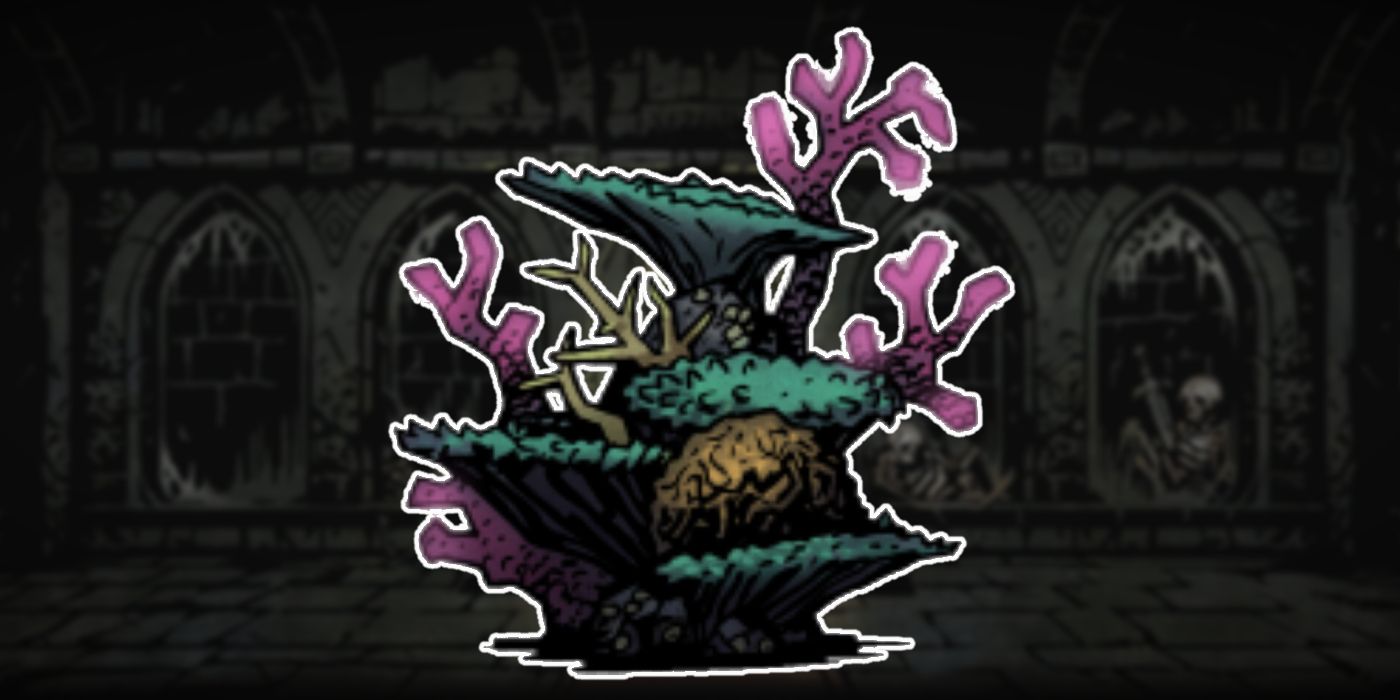 The Eerie Coral is a fairly innocuous curio which most Cove explorers are likely to walk past without a second thought. However, if the correct tools are available, it can be incredibly helpful.

Interacting with it normally carries a 50% chance to heal 10 stress, a 25% chance to incur 25 stress, and a 25% chance to do nothing. However, the real appeal here is that, when medicinal herbs are used on it, the Eerie Coral will remove one negative quirk from a hero. 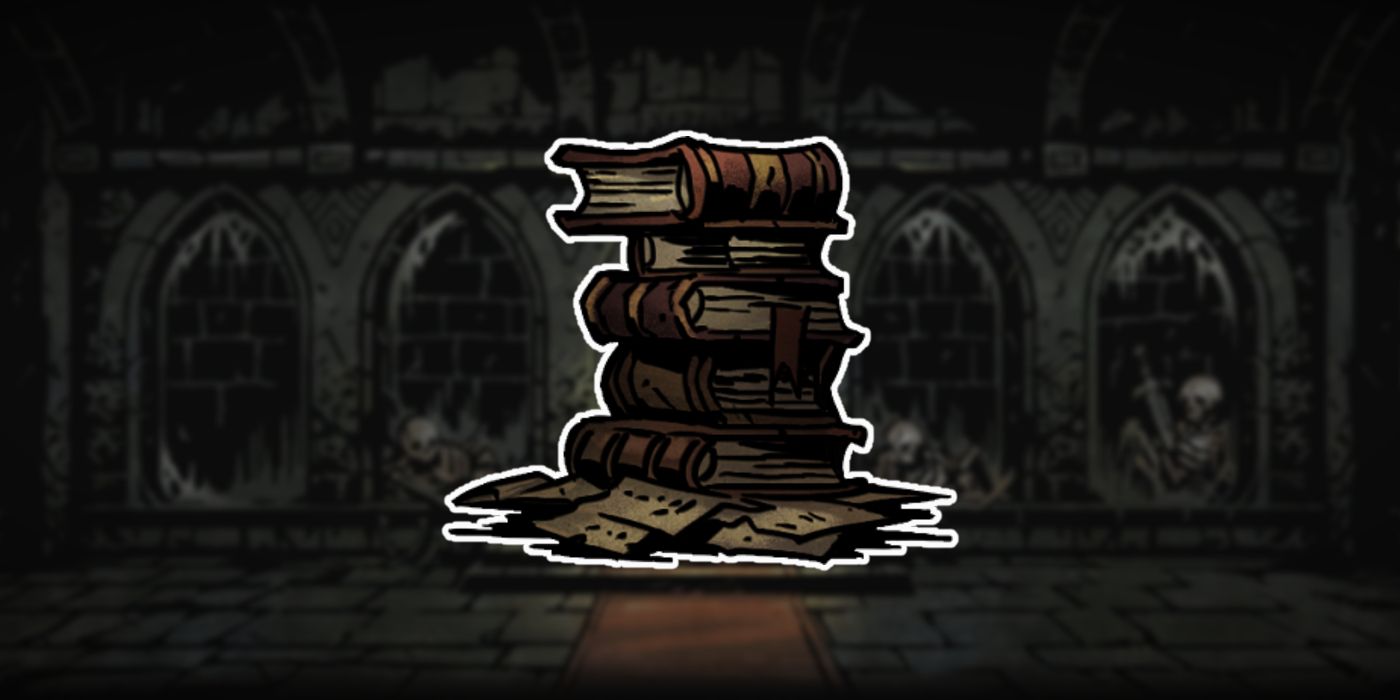 What could possibly be so threatening about a simple stack of books? Well, as is a recurring theme in many Lovecraftian works, knowledge can be more devastating than beneficial.

The Stack of Books curio can imbue all sorts of unwanted effects on the heroes, as it’s able to do everything from imparting 25 stress damage, adding a negative quirk, or even decreasing a party’s light meter. The most devastating effect, however, occurs when players use a torch on the curio. Not only does this result in the loss of a torch, but it will also impart 100 stress damage, forcing an automatic sanity check. 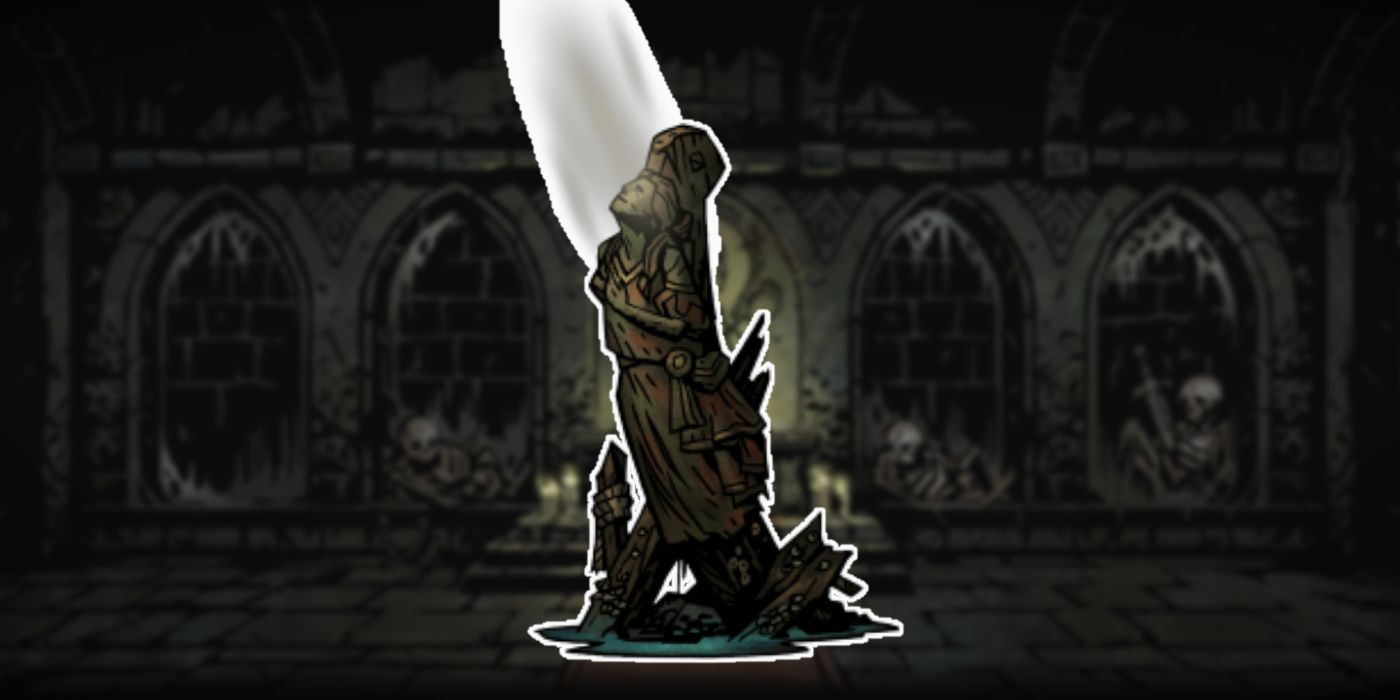 While most of the curios encountered in Darkest Dungeon offer both positive and negative effects, the Ship’s Figurehead, found only in the Cove, can do nothing but benefit the player’s party.

Typically found in boss rooms or in rooms with difficult combat encounters, the Ship’s Figurehead is a sight for sore eyes after a tough fight. Touching it has a 66% chance of healing between 25 and 30 stress damage, and it also carries a 33% chance of buffing a hero’s damage by 20 and speed by 4 until camp. 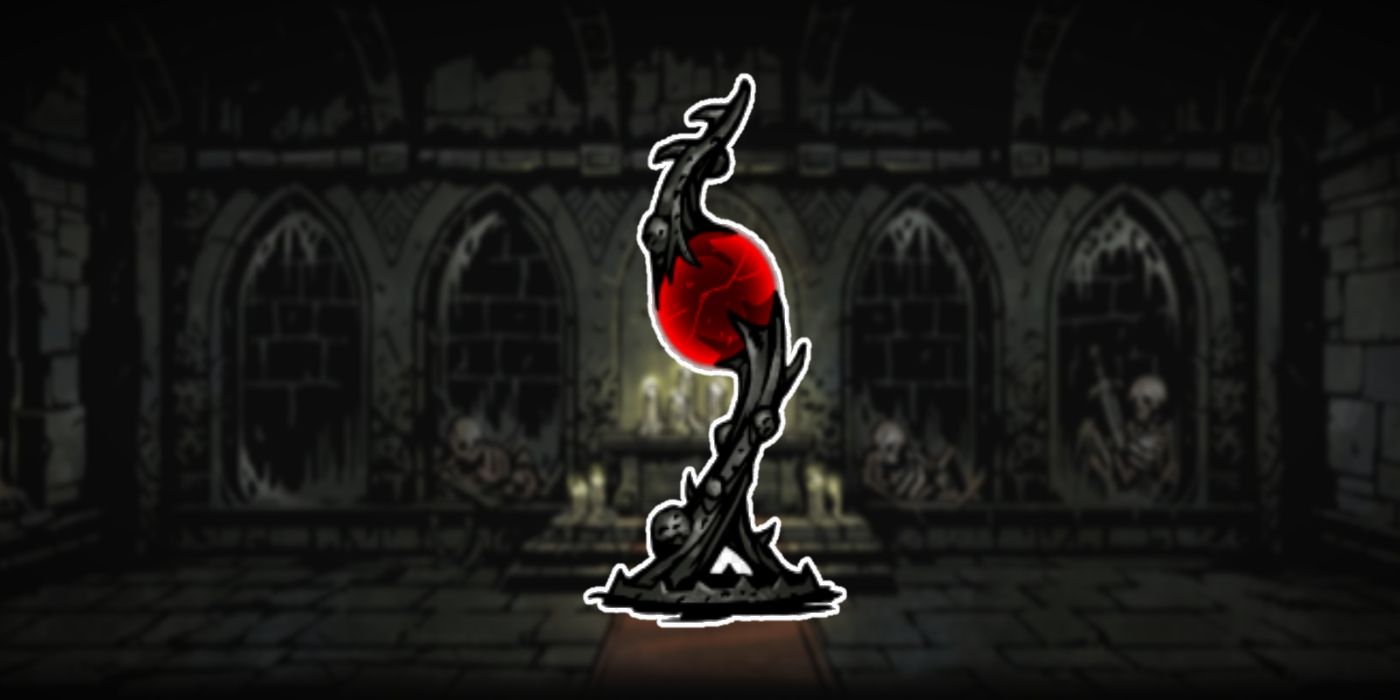 The Shambler’s Altar is the very definition of high risk, high reward. However, in most cases, it’s best left alone, and, unless a party is in perfect form, it could easily spell ruin.

While interacting with the Shambler’s Altar won’t do anything on its own, using a torch on it will teleport the party to a void in which they’ll encounter the Shambler miniboss. Aside from The Fanatic, he’s likely the most difficult non-boss enemy in the game, and, while defeating him could award the player with a coveted ancestral trinket, for the unprepared, it may well result in a party wipe. 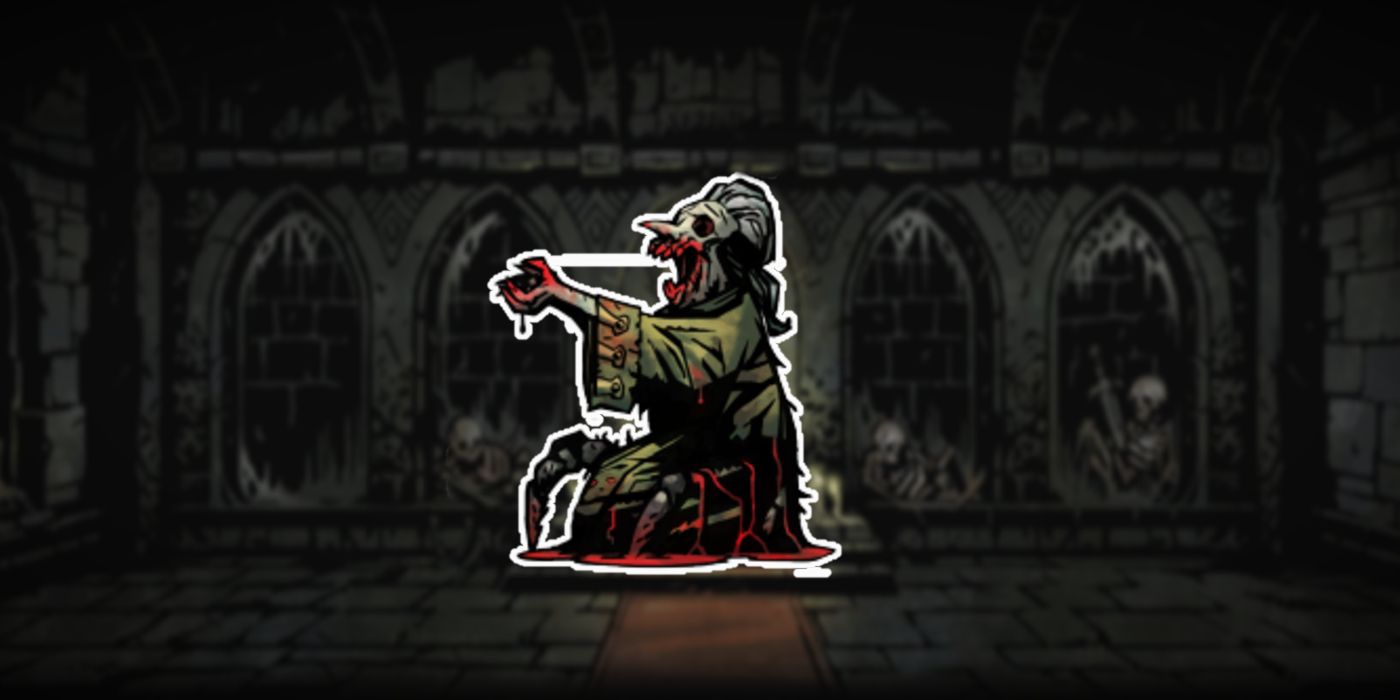 It’s best to be wary of just about anything in the incredibly deadly Crimson Court. However, this Wizened Shrew curio may prove to be one of the few worthwhile encounters in the sprawling, mazelike series of dungeons.

It offers a 50% chance of scouting when touched, which in itself isn’t all that beneficial. However, when given a blood vial—precious though they are in that area—the curio will procure three random trinkets. As RNG-reliant as this is, it’s one of the best ways to farm trinkets, which can often be incredibly useful.

NEXT: Darkest Dungeon: What Curios Are And How To Safely Deal With Them 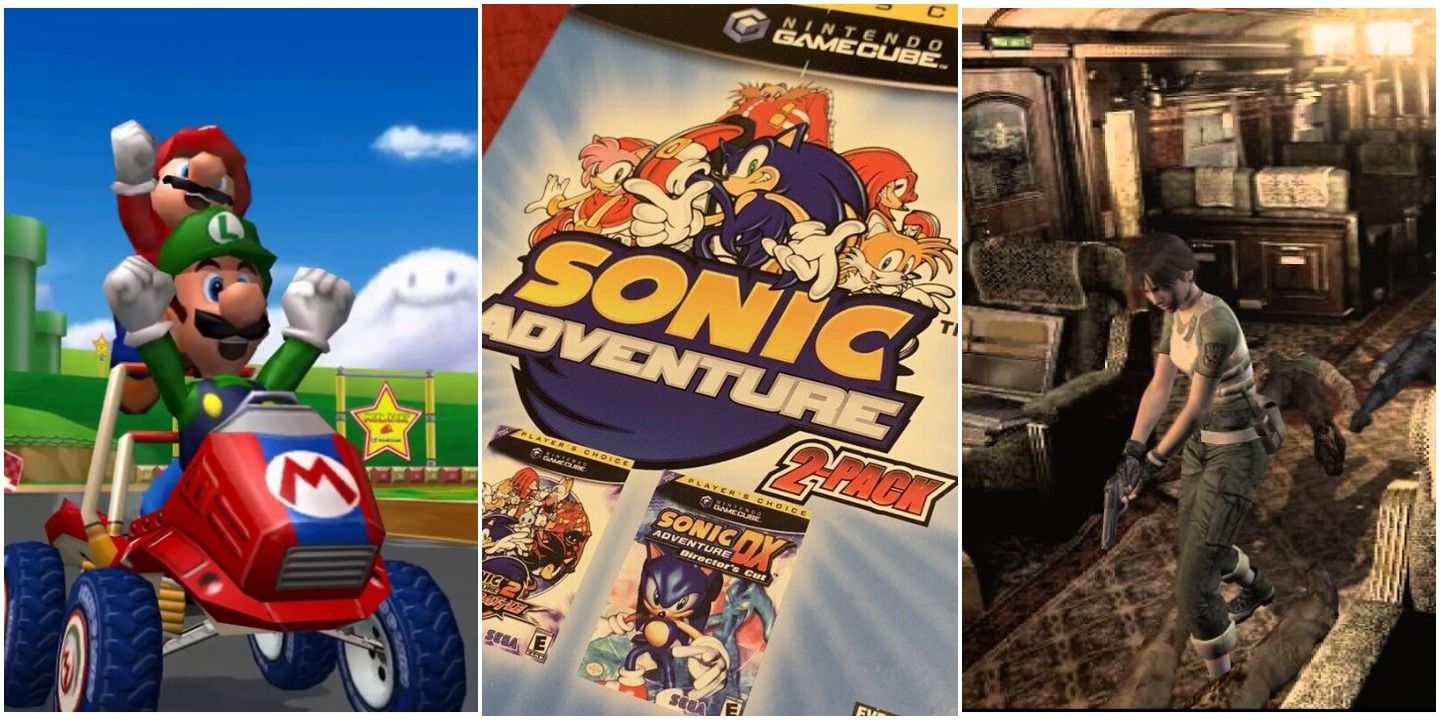 Related posts:
10/12/2020 News Comments Off on Darkest Dungeon: 5 Best Curio Treasures And Effects (& 5 Run-Ending Ones)
Hot News
The Xbox Series X Fridge Is Real, And You Can Win It
Buyers Guide To Sash Windows Double Glazing
AMD announces Radeon RX 6000 series GPUs
Old School RuneScape Releases Bizarre Music Video To Celebrate Trailblazer Launch
Bravely Default 2 Gets A New Release Date Alongside New Trailer
Recent Posts
This website uses cookies to improve your user experience and to provide you with advertisements that are relevant to your interests. By continuing to browse the site you are agreeing to our use of cookies.Ok