Journeys through the Radiant Citadel is the first Dungeons & Dragons adventure book to be written entirely by people of color. Consequently, the book features NPCs (non-player characters) of all shapes, sizes, and colors themselves. Inspiration was taken from various cultures and countries around the world, including the American South, Asia, the Middle East, and more.

The result is a mixture of unique and interesting characters whose appearances are as bright and inviting as their personalities are deep. Today, we'll take a look at some of the most memorable NPCs from the book in the hopes that they might inspire you to feature a more colorful cast in your own games. After all, our world is full of people of all kinds of colors, so your D&D adventures should be too.

6 Young-Gi (Sins Of Our Elders) 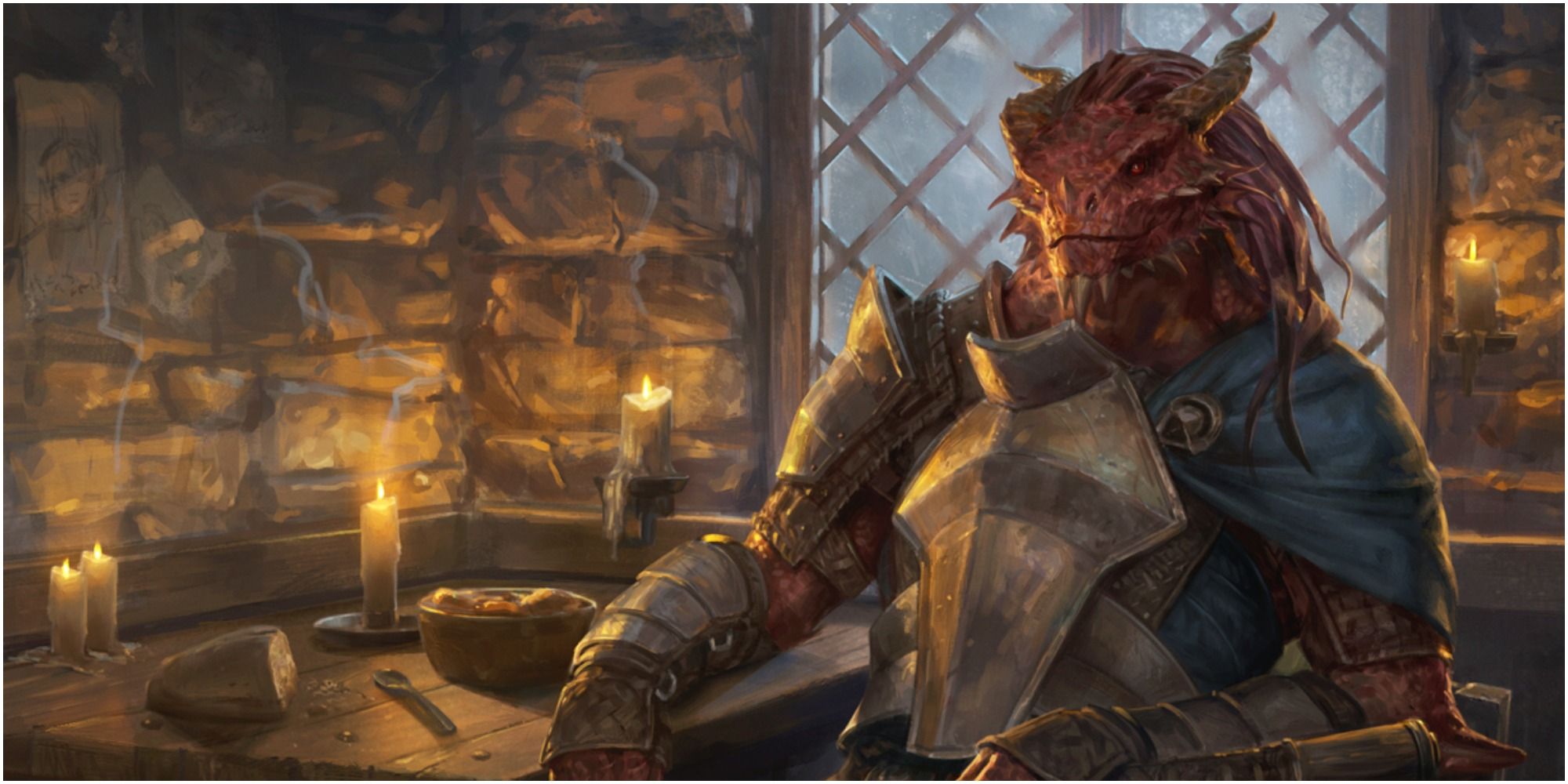 Young-Gi is an elderly dragonborn who wears a deep blue kimono. He has lived a decadent life amongst the royalty of his hometown of Yeonido, and this has made him personable, entertaining, and a tad stuck-up. Funnily enough, the deep blue kimono he wears is a method of compensating for the luster his red scales have lost as he has aged.

Another thing that's happened as Young-Gi has aged is that he has grown reflective about the actions he's taken in the past. For example, how he convinced the city's inhabitants that progress made to the city by one of his truest friends, Won-Ha, should actually be attributed to his sister Queen Young-Soo. While he did what he did to secure his family's position at the top of the town's nobility, Young-Gi is ashamed of what he did and his friend Won-Ha faded into obscurity before falling ill and passing away. Little does Young-Gi know, now Won-Ha's spirit haunts a recently constructed monument to their venerable Queen. 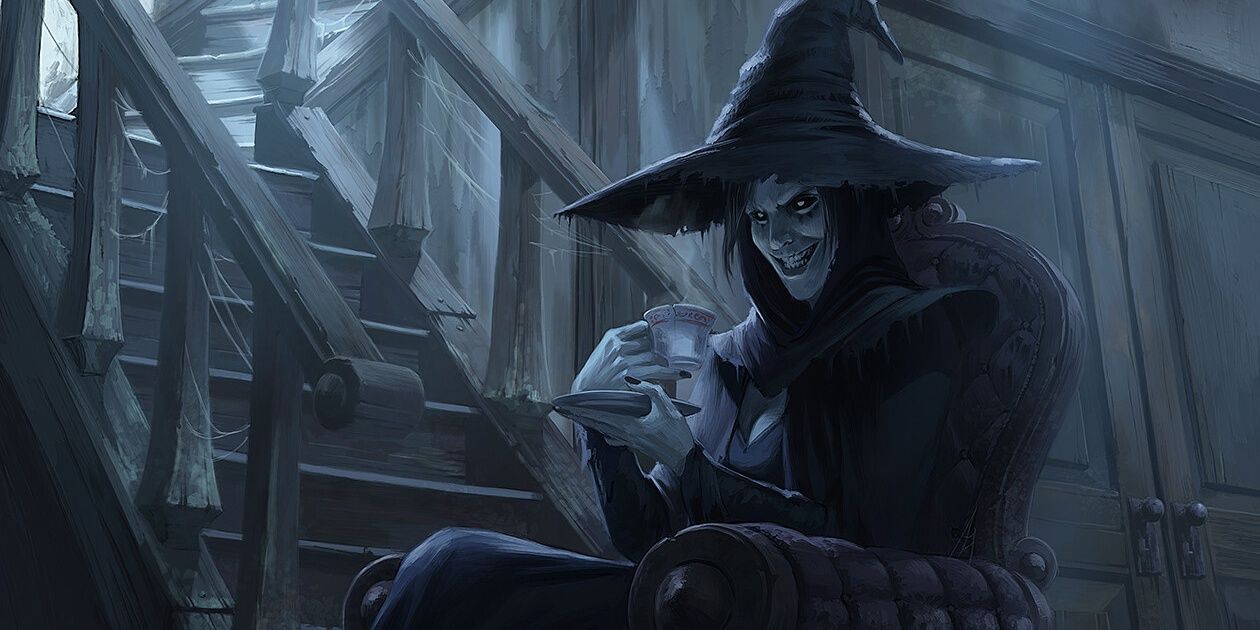 Kala Mabarin is the daughter of a witch named Proud Edun. Years ago, the Kings of Coin, leaders of a town named Zinda, made a pact with Proud Edun so that she might brew up a plant that they can sell for the town's prosperity. In exchange for this brew, Proud Edun required that the Kings promise to send her their firstborn children so that she might raise them as her apprentices.

While the Kings originally agreed, after they saw the great success that the Jeli plant brought their town they grew greedy. They murdered Proud Edun in order to avoid having to make good on their end of the bargain. Now that Kala has grown older, she's made a pact with a powerful spirit and seeks to claim her rightful revenge on the Kings. Kala Mabarin is a great example of a villain that players can sympathize with, and that's a character that your players will always appreciate meeting. 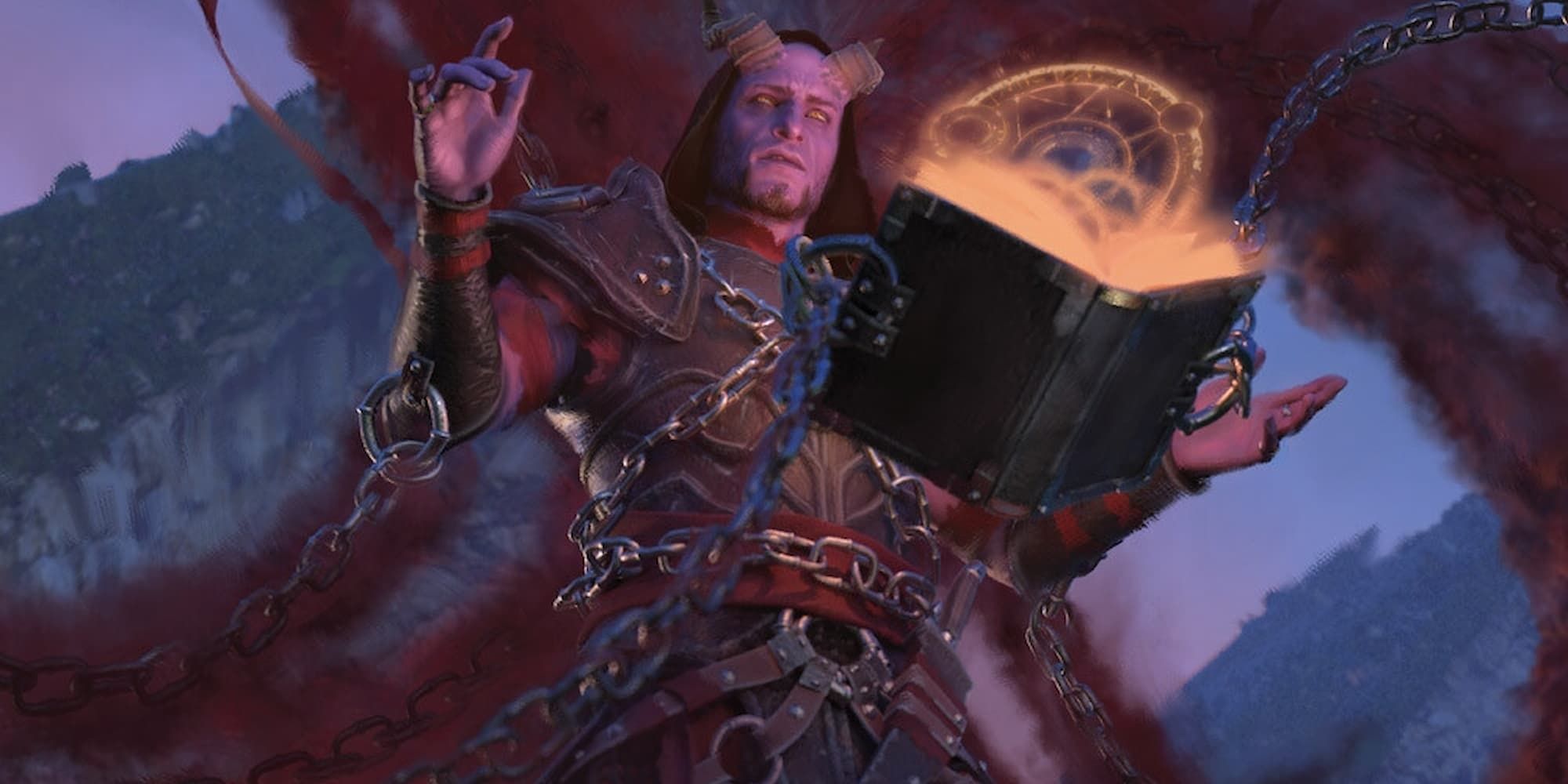 Ollin is a turqoise-skinned tiefling dancer with an over-the-top stage-performer persona that they hardly ever drop. Like the player characters, Ollin is an adventurer who is seeking to get to the bottom of the quest in which they are featured. The player characters run across Ollin on the road where they are adamant to join up for company and protection.

Even if the PCs refuse Ollin's request to join parties, they keep by the PCs trying to put a smile on their faces with their dance and words of wisdom from the gods. In other words, Ollin is an eccentric but well-meaning figure who just wants to make the PCs happy and lend a hand. Unfortunately, their over-the-top personality might rub the PCs the wrong way. 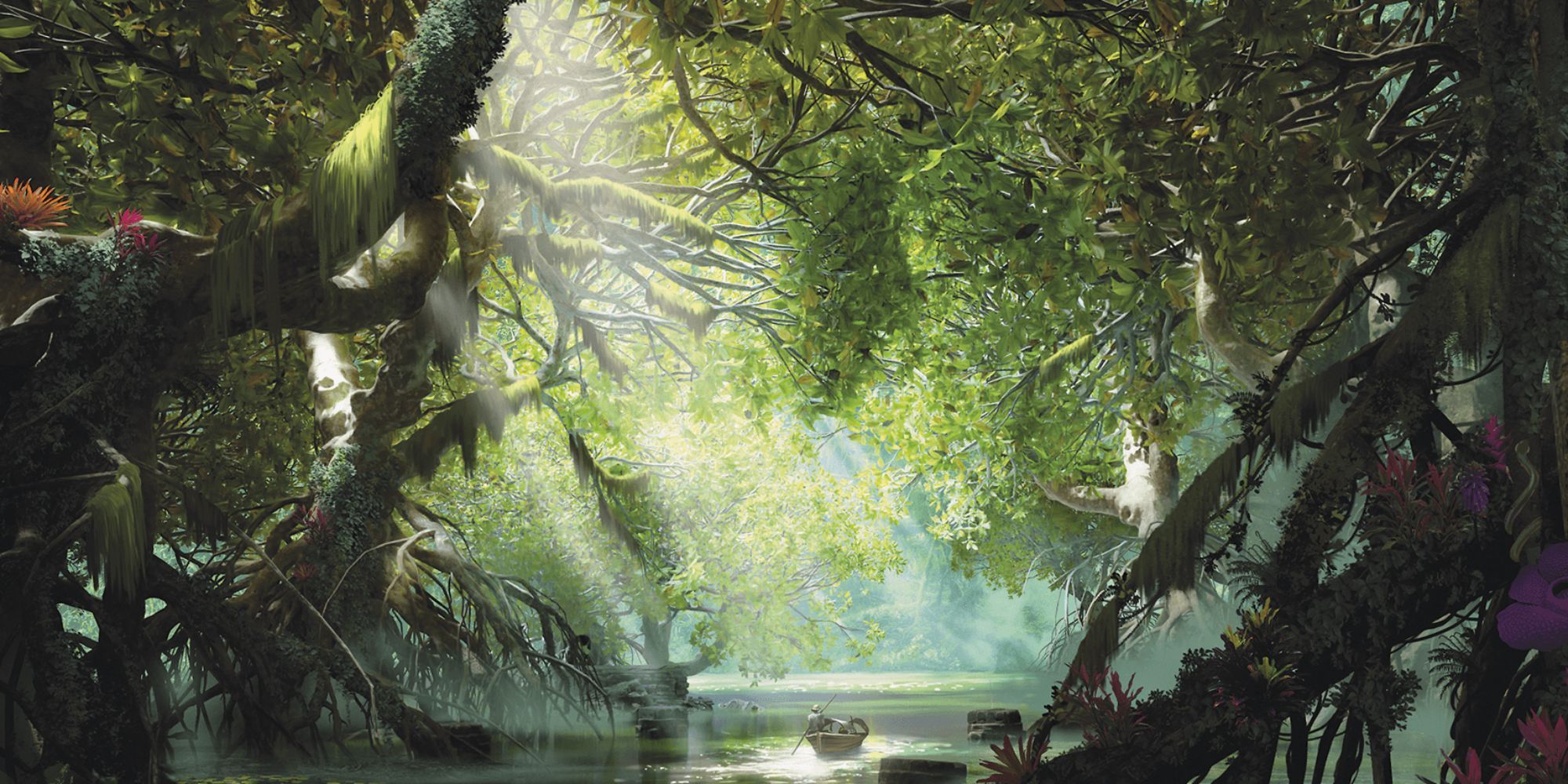 Dukha is a seemingly human forest guide who hides a dark secret in order to fit in with the civilized world. He's a skilled forest river navigator who offers to guide the PCs and provide them with important forest lore for a hefty sum. However, he's not above flattery to bring this price down. Duhka's hidden secret is that he actually comes from one of the tribes of weretigers that dwell within the Manivarsha forest.

However, there's nothing malicious about this fact. The weretigers are feared by civilized people as they are known as skilled forest hunters who will attack any potential prey they encounter, so Dukha prefers to keep his less-than-civilized heritage to himself in order to prevent any kind of confusion. That being said, the adventure he's featured in introduces a scenario where weretigers ambush the party. Torn between his heritage and his desire to live among more civilized folk, Dukha is forced to make a hard decision.

2 Atash (Shadow Of The Sun) 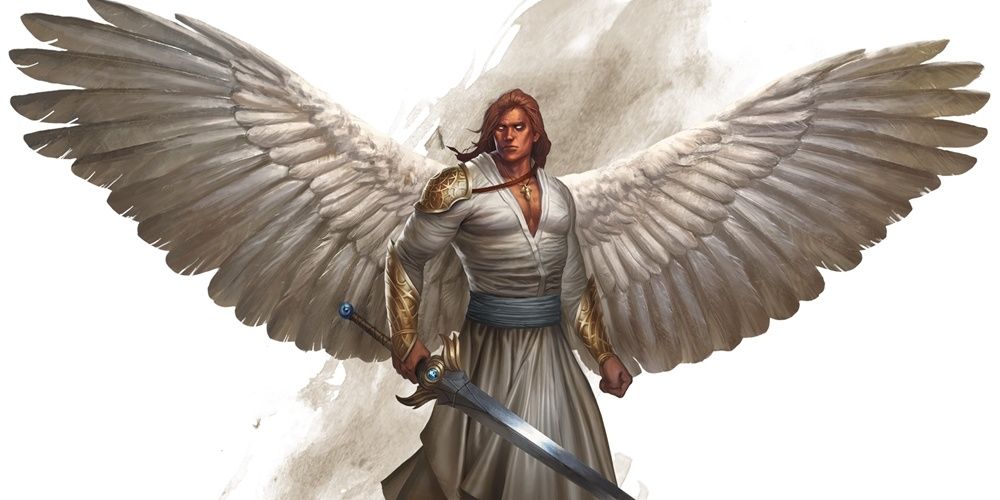 Atash is a solar angel and ruler of the large city-state Akharin Sangar. Though he might be an angel, Atash is far from a gentle figure. He originally arrived in the city-state on a mission to destroy the demon invader Zolmate Shab and his fiendish army. While Atash succeeded in this missive, the people who lived there thanked him by elevating him to the position of ruler and Atash came to believe his mission in Akharin Sangar was yet to be completed.

After years of walking amongst his new people and performing miracles, Atash grew old of watching his citizens make the same mistakes over and over again. Today, he is a reclusive ruler who believes the hardship his people endure is self-inflicted. Furthermore, Atash struggles with the fact that the presence of the god he serves, the Sunweaver, has been absent from him ever since his rule began. All in all, Atash is a welcome perspective on how the eternal perspective and moral certainty of a creature as powerful as an angel might clash with the follies of mortals. 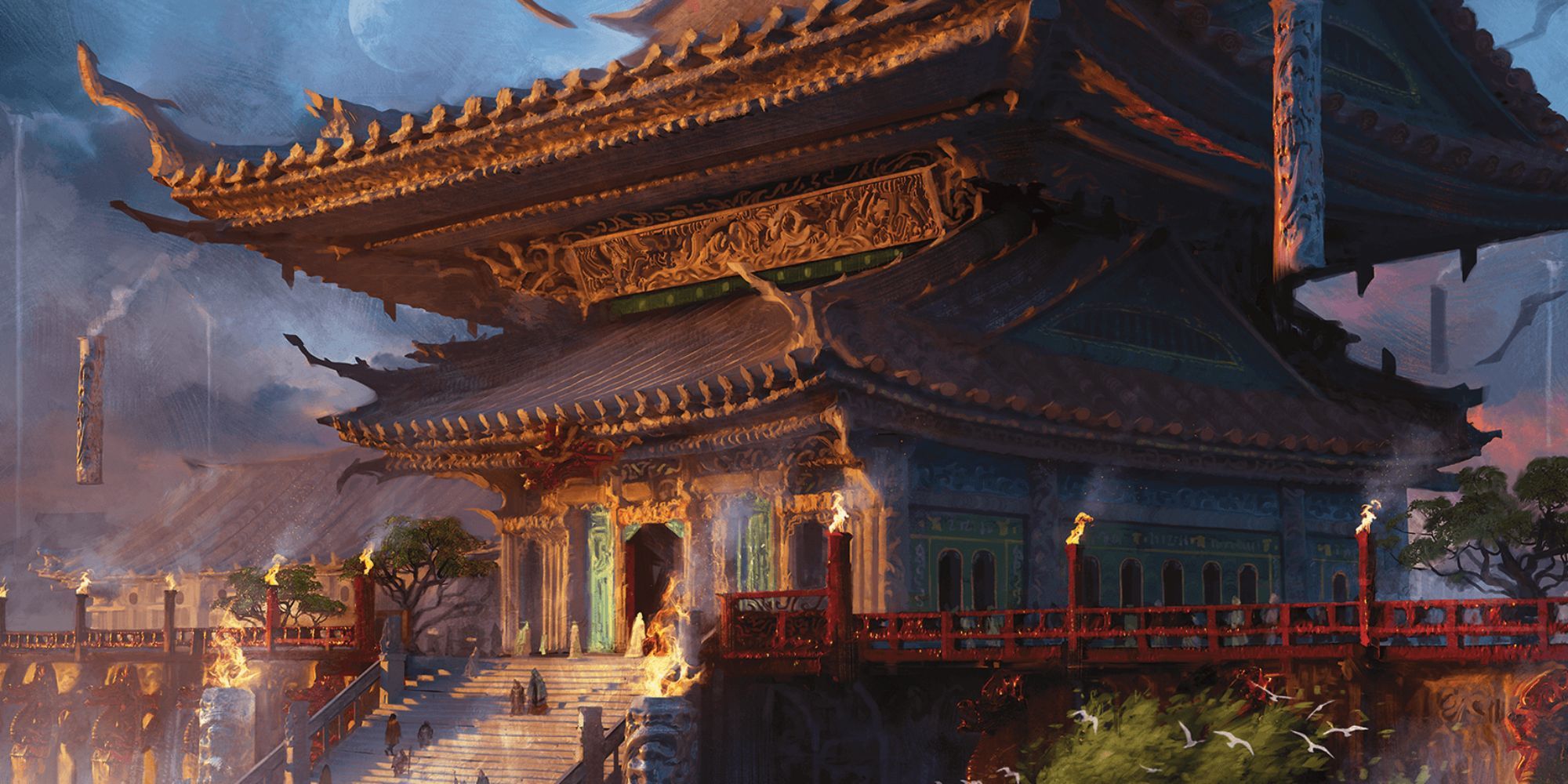 Lastly and perhaps most interesting of all, Grand Secretary Wei is an archmage and old human woman who has worked tirelessly to maintain the peace inside the nation of Yongjing that she leads. While Wei is the leader of the government, the nation itself is truly ruled by the thousands-year-old emperor Great Xing. The emperor's immortal lifespan is a feat that no other can challenge. As such, his control of the dynasty is respected and has remained untested for millennia.

Unfortunately for Grand Secretary Wei, the time of the emperor may be at an end. It's a well-kept secret that the emperor's immortality actually comes from the continued use of magical Potions of Longevity that include a powerful reagent called Dragon's Blessing which makes these potions capable of being used to live forever. Now, the dynasty's limited supply of dragon's blessing has come to an end. Wei is the initial quest giver for the adventure in which she's featured, and she sends the PCs on a goose chase in a ruin to hide what she's actually searching for. Then, she uses magic and a planted spy to keep an eye on the adventurers' progress.

Once the PCs happen upon some Dragon's Blessing, Wei decides that the possibility that the characters might have learned about the emperor's secret to immortality is too great a risk to take. Thus, she betrays the PCs and sends them through a portal to a death trap. To further make Wei a villain, she also betrays the spy she sent along with the party and consigns her to the same doom. Grand Secretary Wei is an NPC that brings up the age-old question "Do the ends justify the means?". After all, what are a handful of foreigners' lives in comparison to the continued peace of an entire nation? At the end of the adventure, the PCs have the opportunity to prove to the emperor what Wei has done. Though she has clearly broken the law and acted in malice, she did it for the right reasons. While the adventure doesn't suggest it as an outcome, it's worth having the emperor put this question to the PCs: "What do you think should be Wei's punishment?"

Related posts:
08/02/2022 News Comments Off on D&D: 6 Best NPCs From Journeys Through The Radiant Citadel
Hot News
Gorilla Tag Reaches 1.5M Players, Finds Success with Quest IAP
Future of work: Beyond bossware and job-killing robots
No Man’s Sky: Polestar Expedition Guide
Which MultiVersus Character Are You Based On Your Zodiac?
Octopath Traveler: Champions Of The Continent – Reroll Guide
Recent Posts