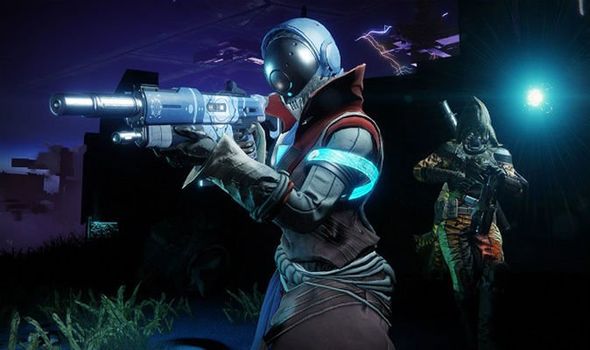 Bungie has provided some big updates regarding the launch of Destiny 2 – Season of the Worthy ahead of its scheduled release date. As confirmed by the development team earlier this week, Season 10 content will be launching on Tuesday, March 10, 2020. The team has also warned how the Bungie roadmap for Destiny 2 Season 10 could be affected by the Coronavirus.

While the release of Season of the Worthy won’t be affected, other patches could be in the near future, depending on what happens.

A message from Bungie explains: “While health and safety are our top priority, we also recognise the importance of maintaining the continuity of our regular Bungie business operations and have rapidly built a remote work infrastructure to best support this.

“This includes delivering on our current content plans, the maintenance and upkeep of Destiny 2, as well as continuing development of the game.

“Today, we have activated this fully remote work infrastructure and policy for all Bungie employees across the globe, with the goals of prioritizing the safety of our employees and continuing to develop and deliver on a game we love for our community.

“To accompany this policy we have rolled out technical solutions for all employees to be able to maintain communication with one another, as well as to continue working on development and maintaining game-critical functions while working remotely.

“Our goal is to continue crafting the ever-evolving Destiny universe, while making those behind-the-scenes efforts to keep everything running smoothly invisible to our fans. While there is a possibility that this change could affect our patching cadence in the short term, we will be sure to keep players informed about those schedules as much as possible.

“Most immediately, we will still be launching Season of the Worthy on March 10, followed by the start of Trials of Osiris on March 13.”

From what has been shared so far, Destiny 2 will be updated on March 10, at 10am PT, or 6pm GMT if you are a Guardian playing in the UK.

This would line up with how Bungie has launched their seasonal content in the past and isn’t expected to be delayed at this point.

Bungie has also provided an update on what to expect with the launch of Destiny 2 Season 10 that haven’t been listed yet in the roadmap.

“Over the last few weeks, we’ve been giving some previews how your sandbox will be evolving in Season of the Worthy,” a message from Bungie explains.

“Not just weapon tuning, but the ability to change the Elemental Affinity on your armor pieces. This week, we’ll be taking a wider look at Destiny 2 Update 2.8.0. Exotic armor tuning for PvE and PvP, UI updates, bug fixes, and more.”

You can find those early patch notes listed below, ahead of The Season of the Worthy release this week: