Destiny 2’s Season of the Splicer has given Titans a few new tools to play with. A new Exotic, additional Aspects and Fragments for the Behemoth subclass, and a new Artifact has given way to a whole host of new build possibilities.

We’ll be looking at four Titan builds in this guide—two for PvE, two for PvP. Each build takes Destiny 2’s buildcrafting to the extreme, synergizing Combat Style mods with certain subclasses to create some truly powerful builds. Cast Thundercrash every minute, become a juggernaut in PvP, and turn Warmind Cells into Sunspot generators with some of these builds. We’ll be adding more builds to this guide as the season continues.

Before we dive into the world of buildcrafting, you’ll need to understand how Combat Style mods work. We’ll be mentioning these mods quite a bit in the guide, and for the sake of brevity and readability, we won’t be explaining what each mod does. If you don’t know how these mods or mechanics work, these guides should help: 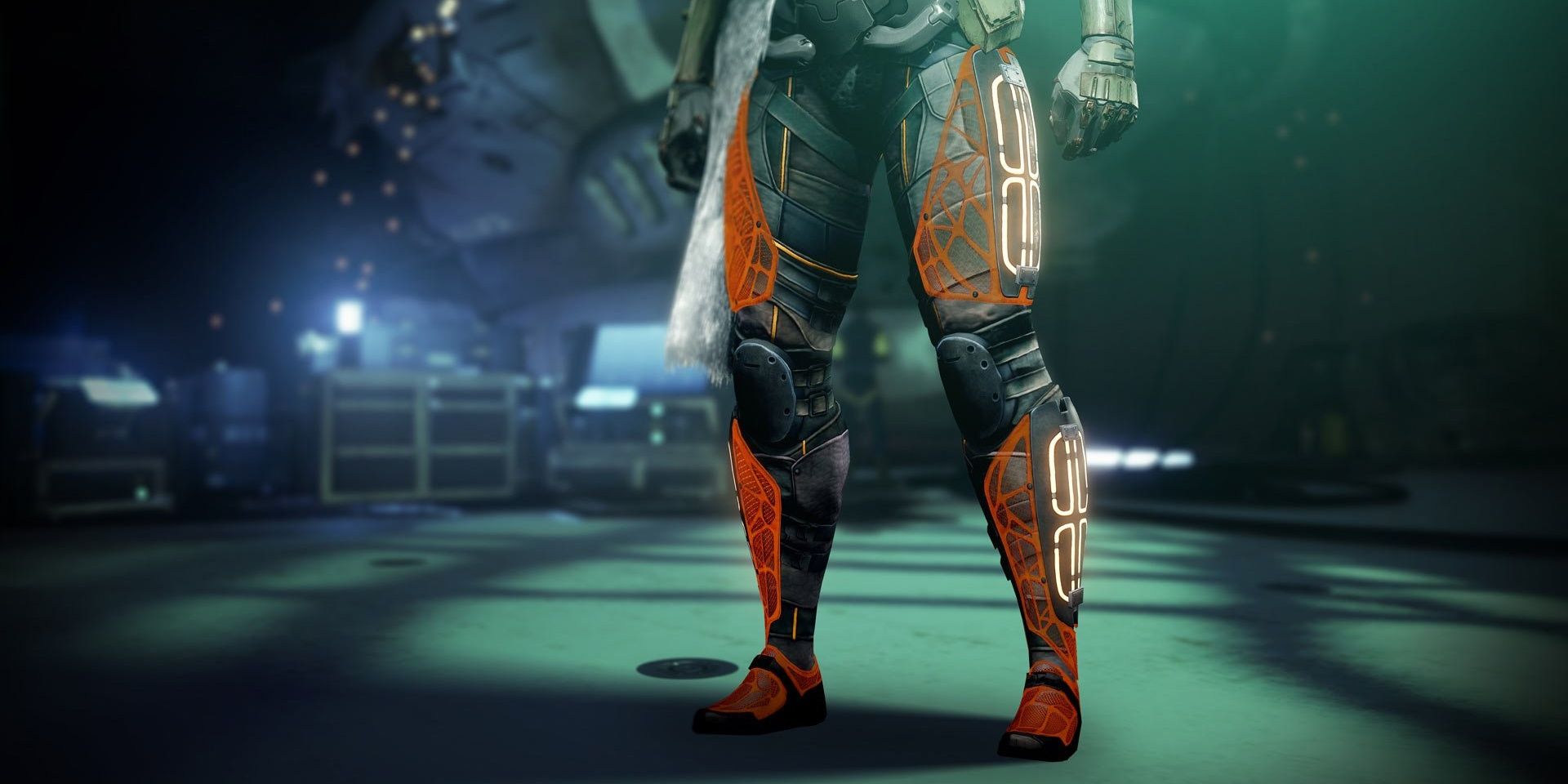 Titans don’t have to use either Dunemarchers or One-Eyed Mask to have great neutral benefits anymore. Thanks to Season of the Splicer’s Path of Burning Steps Exotic, Titans can counter Stasis while empowering their weapons with a massive damage buff.

Since these boots work with any subclass, you can use any subclass that suits your playstyle. Bottom tree Striker is a good pick, especially after the mid-season Stasis nerfs. Equip your favorite Solar weapon, rock a few Charged with Light mods, and prepare to annihilate any enemy that stands before you.

Any subclass works for this build, but arguably the strongest pick is Code of the Juggernaut (bottom tree Striker). Frontal Assault, Arc grenades, and Fists of Havoc make for a well-rounded spec built around aggression.

Path of Burning Steps is required for this build. These boots half the duration and stacks of Slowed you receive from Stasis users, and breaking out of a freeze will damage nearby foes. Whenever Stasis freezes you, you deal increased damage for ten seconds. Solar kills have a chance of granting this buff as well.

Tarrabah is highly underrated by the community and is downright overpowered with these boots. Land a few hits, unleash the beast, then use your absurdly strong SMG to gain stacks for these boots. With your newfound stacks, Tarrabah’s default mode will melt through enemies like they’re nothing. Unleash the beast again to become nigh-unstoppable.

If you don’t have Tarrabah, Igneous Hammer is a fantastic option that can active Burning Steps’ damage perk. Jotunn, Duality, and Arctic Haze are also good choices. In general, any weapon that deals Solar damage will work.

Recovery and Intellect are mandatory for any PvP build. Get your Recovery to 100 and your Intellect as high as possible—preferably around 70 or 80. From there, spec for stats that you value the most.

A generic Charged with Light setup will allow for a backup 20% damage boost when your Burning Steps buff expires. 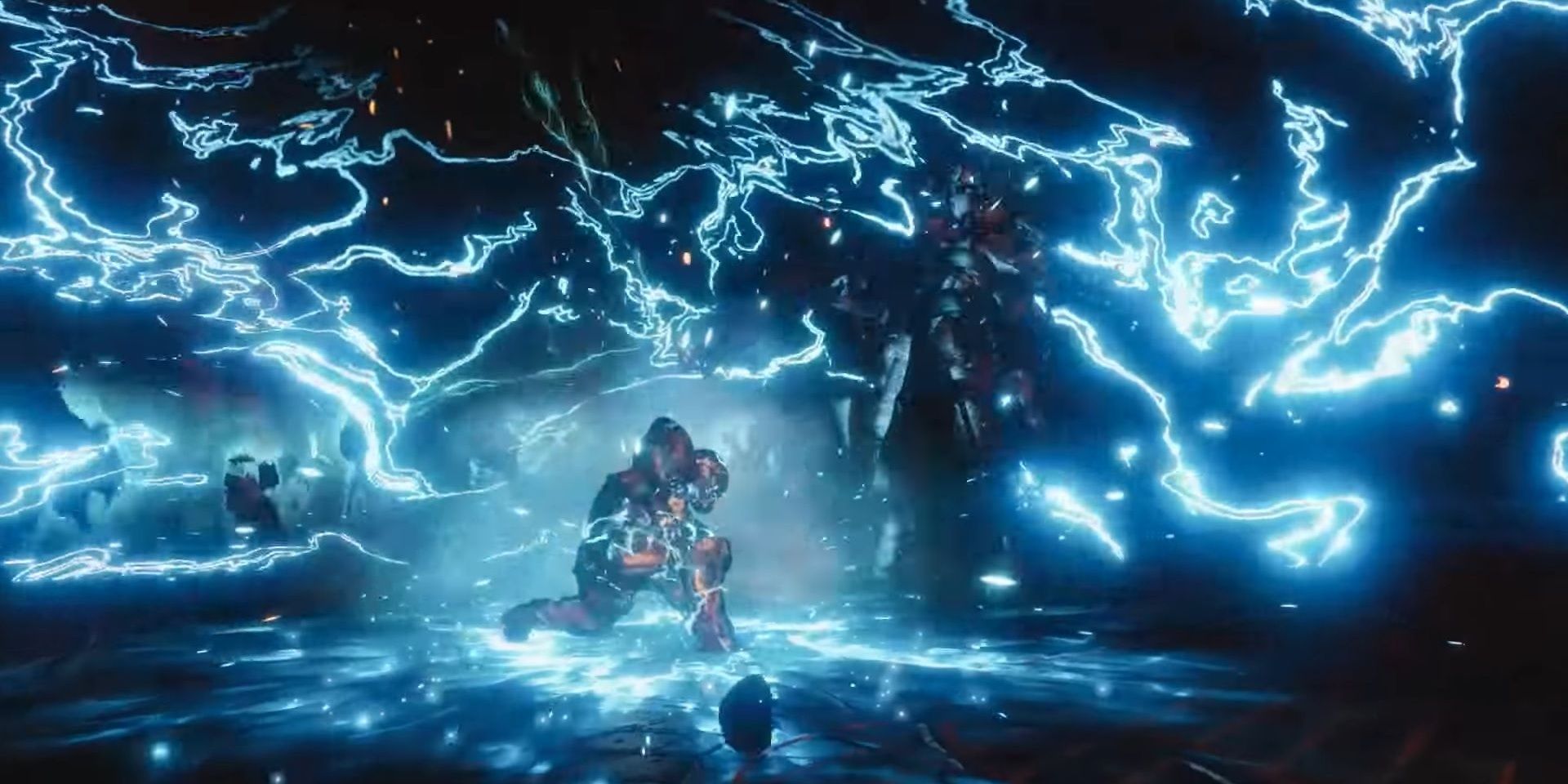 Code of the Missile (middle tree Striker) is one of the most aggressive subclasses in Destiny 2, allowing Titans to disintegrate enemies by launching themselves towards foes. Using Combat Style mods and the Cuirass of the Falling Star Exotic chest, you can turn virtually every PvE enemy into dust with a single Thundercrash Super.

Code of the Missile is needed for this build, granting you access to the Thundercrash Super and the Ballistic Slam melee ability. Turning your body into a missile is the main goal of this build.

Cuirass of the Falling Star is incredible for making your Thundercrash Super deal an immense amount of damage. If you’re OK with quick swapping to this Exotic, you can run An Insurmountable Skullfort when your Super isn’t charged to have constant melee charges.

Monte Carlo is incredible with this build, gaining a massive 65% damage buff when you kill a target with Ballistic Slam. Kills with this Auto Rifle will grant melee energy as well, feeding into the gameplay loop of this build nicely.

Discipline is the most important stat on this build, as your grenade needs to be off cooldown when you use Thundercrash. Make sure your Intellect is at 40, and try to get your Strength stat to 70. Since Intellect has such extreme diminishing returns, we don’t recommend investing more than 50 points in that stat.

Note: Ashes to Assets is a universal, one-point mod in the seasonal Artifact. Consider using it alongside Hands-On to generate Super energy from all ability kills.

You should also consider using Impulse Recycler from this season’s Artifact if you want to have better uptime on your Arc grenades. It’s not required, but it synergizes with the build quite well. Surge Detonators is also recommended if you wish to take this build into content where Champions exist.

This build uses Charged with Light mods to maximize the uptime of your Ballistic Slam and Thundercrash abilities.

Try to activate Heavy Handed’s second effect by using an Arc mod in the same armor piece that Heavy Handed is slotted into. This effect lets you have near-infinite Shotgun, Fusion, and SMG ammo with this build—so long as you’re fighting enemies while surrounded.

The last two mod slots should be dedicated to obtaining Charged with Light. You have a few options: 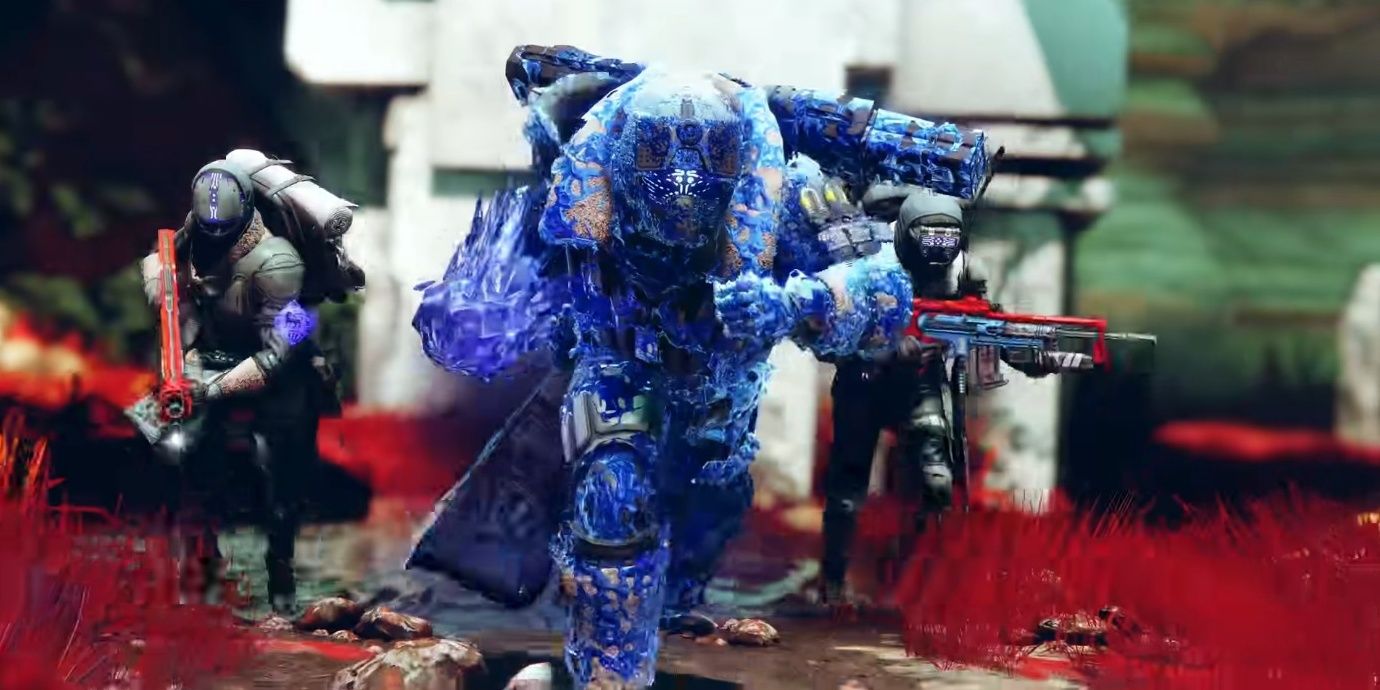 Behemoth’s identity has shifted from an unstoppable force to more of an immovable object. This spec is much more focused on playing defensive now, using the power of Stasis crystals to shut down aggressive players.

This build takes the defensive nature of the Behemoth to the extreme, utilizing Whisper of Rime and Chains to give yourself an immense amount of health. Enemies will have difficulty piercing your overshield, Stasis crystals, and your Titan Barricades. If you’re a more defensive player that needs a good build for competitive and Trials, this is it.

Behemoth is your subclass, granting you a wide selection of Aspects and Fragments to choose from. Use Towering Barricade and Glacier Grenades to give yourself as many defensive options as possible.

As for the Aspects and Fragments:

For your second Aspect, you have two choices:

If you’re running Howl of the Storm, your fourth Fragment is down to preference. Use Whisper of Hunger for better Shiver Strike uptime or Whisper of Conduction to make Stasis shards easier to consume.

As for the rest of your gear, Citan’s Ramparts are excellent for this build, allowing you to shoot targets through your Towering Barricade. When coupled with a Glacier Grenade’s damage resistance buff, you become tough to kill.

Use any weapon you prefer. Weapon choice does not matter for this build. If you want to feel like a true tank, consider using Heir Apparent.

Resilience and Recovery are your most important stats, as with most PvP Titan builds. If you can get both of those stats to 90 or 100, invest the rest of your points into Discipline.

The fifth mod is down to preference. 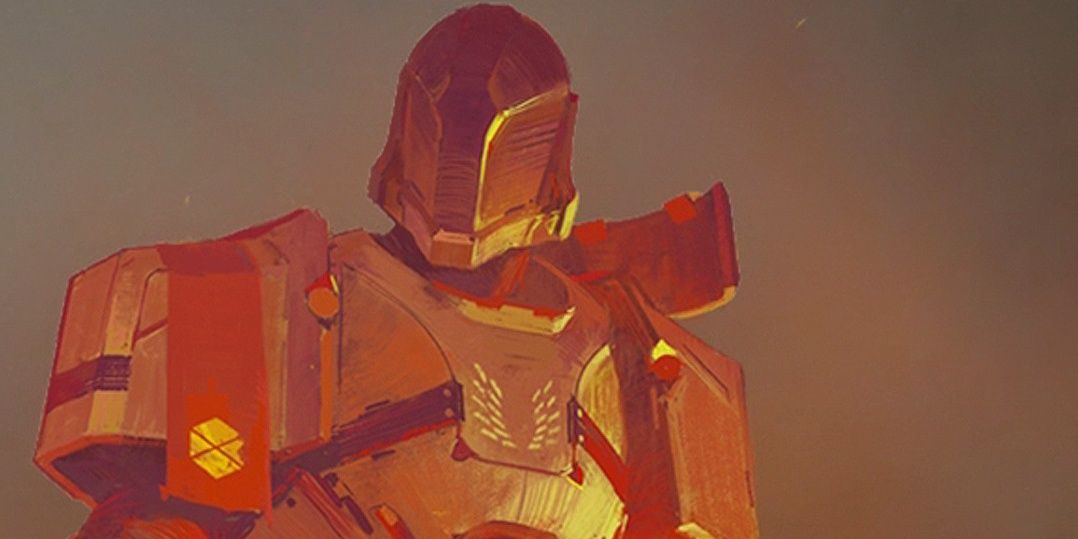 This build has everything you need for PvE. Add-clear? Use Warmind Cells and a constant influx of abilities to destroy your foes. Single target damage? You have a constant 25% damage buff and a solid Super for defeating majors and weaker bosses. Survivability? Your abilities heal you, and you can take advantage of numerous damage resistance mods. Support capabilities? Everything listed above goes to your team too.

By using Code of the Siegebreaker (bottom tree Sunbreaker), you have access to Sunspots and the incredible Sun Warrior buff, granting a 25% damage boost and bonus ability regeneration for five seconds. Using Phoenix Cradle, your Sun Warrior buff lasts twice as long and supports teammates. This build then uses Warmind Cells to spawn Sunspots with Warmind Cell explosions, heal nearby allies, and kill every threatening enemy nearby.

Code of the Siegebreaker is your subclass, granting the powerful Sun Warrior buff and Sunspots. This subclass grants faster ability cooldowns while affected by Sun Warrior and a 25% damage increase. You also gain great grenades, a solid Super, and powerful Sunspots for dealing extra damage to bosses and hordes.

Phoenix Cradle edges out every Exotic for this build, even Path of Burning Steps. Doubling the duration of Sun Warrior and allowing your allies to gain it is too good to pass up. If you stand in a Sunspot for its entire duration, you have Sun Warrior for 20 seconds.

Warmind-compatible weapons are what you’ll want. Seventh Seraph, IKELOS, and any guns that deal Solar AoE damage can spawn Warmind Cells with this build. Some good options include the IKELOS SMG, Xenophage, Sunshot, Ticuu’s Divination, Fatebringer (with Firefly), and Jotunn.

You need Warmind Cell mods to get the most out of this build. We’ll cover the specific mods below, but just keep this in mind. If you don’t have many Warmind Cell mods, consider using Elemental Wells or Charged with Light mods to make a hybrid build.

This build doesn’t need any specific armor stats, so spec for whatever you’re most comfortable with. Discipline is a good starting point due to the power of Sunbreaker grenades. The faster your ability cooldowns are, the better.

Note: Ashes to Assets is a universal, one-point mod in this season’s Artifact. Grab it as soon as you can.

Energy Accelerant can be found in this season’s Artifact. It makes Sunshot’s AoE explosions, Dragonfly, Firefly, and Chain Reaction explosions deal double damage. This is an excellent mod to pair with this build.

You’ll want to use as many Warmind Cell mods as possible.

For the last two mods, you have three choices. Pick two:

Fireteam Medic heals you and nearby allies for around 75% HP when you detonate a Warmind Cell. This is a great mod for any playstyle.