Disgaea 4 has some pretty wacky characters in its roster. More so than even other Disgaea games. Not only that but Disgaea 4 is one of the most highly regarded games in the series to boot. It’s not surprising that it has the most cameos in Disgaea 6, with Desco being the final character on the block.

Desco is normally a pretty fantastic character. She was great in Disgaea 4, and her cameo in Disgaea 5 was almost as good. Disgaea 6 has changed up the formula quite substantially, however. Because of this, she might not be as “top tier” as she usually is, which is why we have whipped up a small guide to give you the rundown. 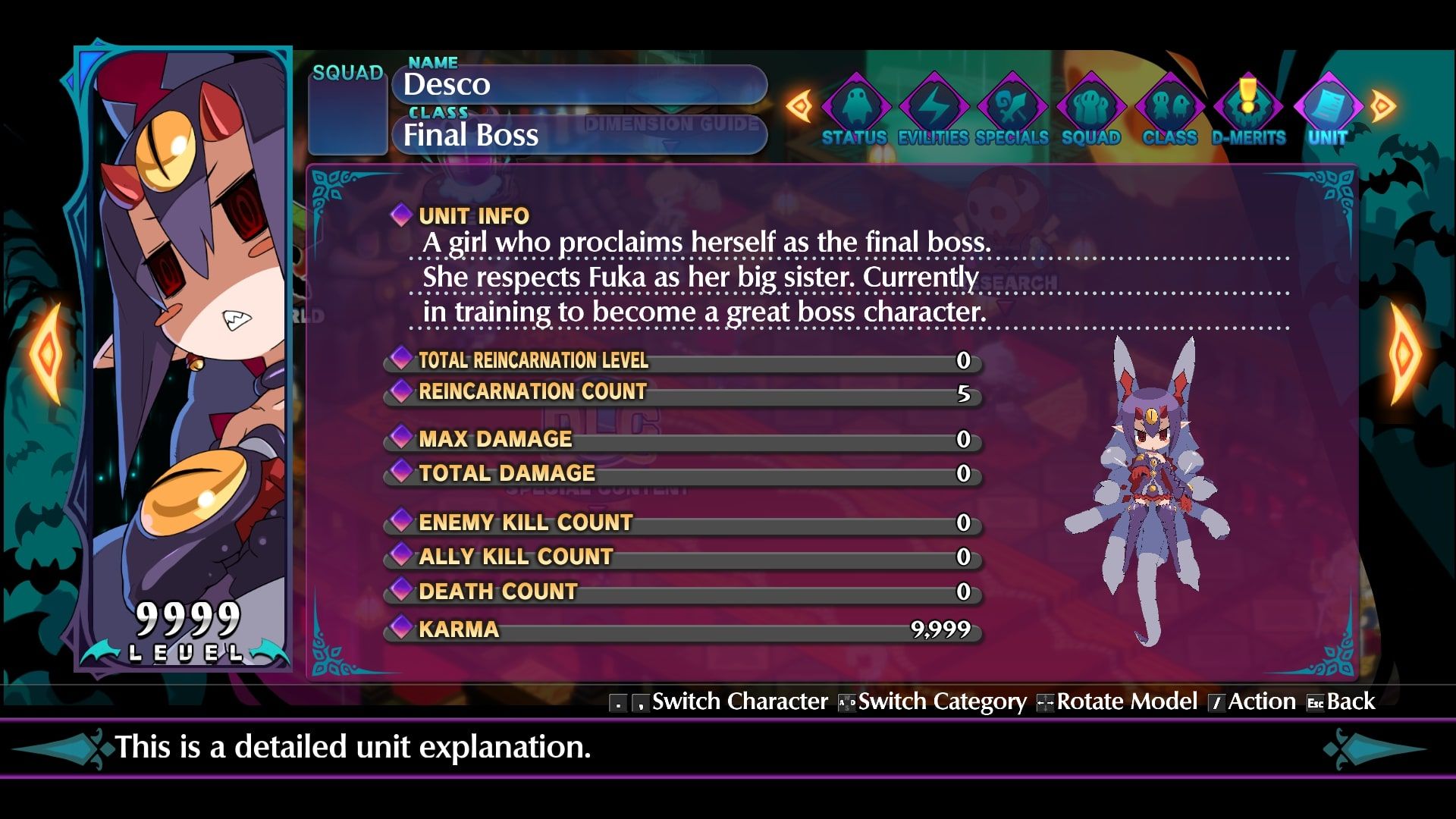 Desco, or Death/Extermination Submersible Combat Organism, is someone who thinks she is the final boss, or at the very least, is in training to one day become a final boss. She is Fuka's sister and has quite a striking design thanks to her submersible nature. 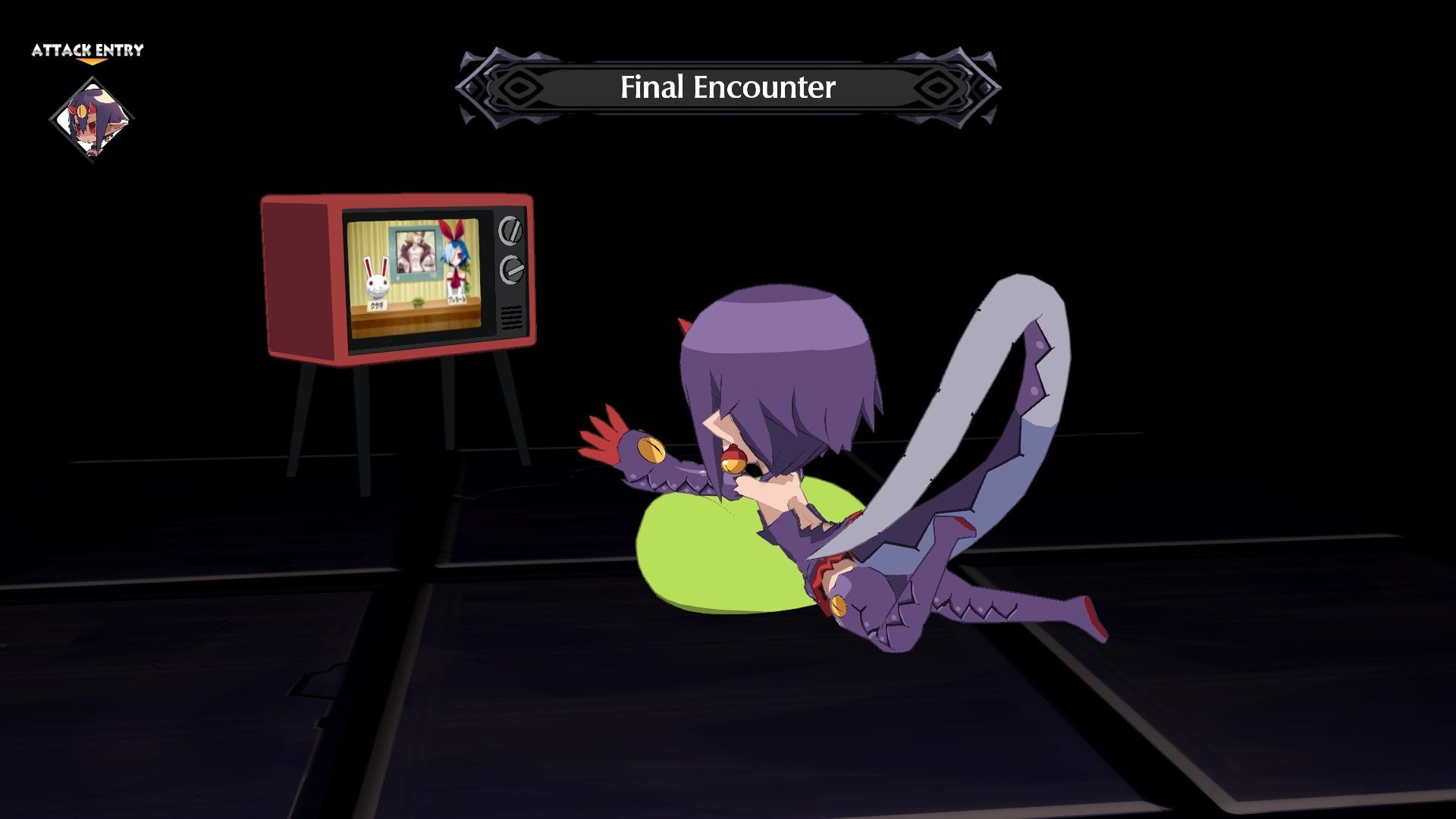 Desco brings two things to the table, and both of those things can be considered highly sought after based on the scenario and team you are building. Desco is an AOE specialist who also packs a powerful support Evility that makes her a very tempting character to slot into a team.

The only issue is there are a lot of characters who provide passive buffs, so she has some stiff competition.

What Weapon Does Desco Use? 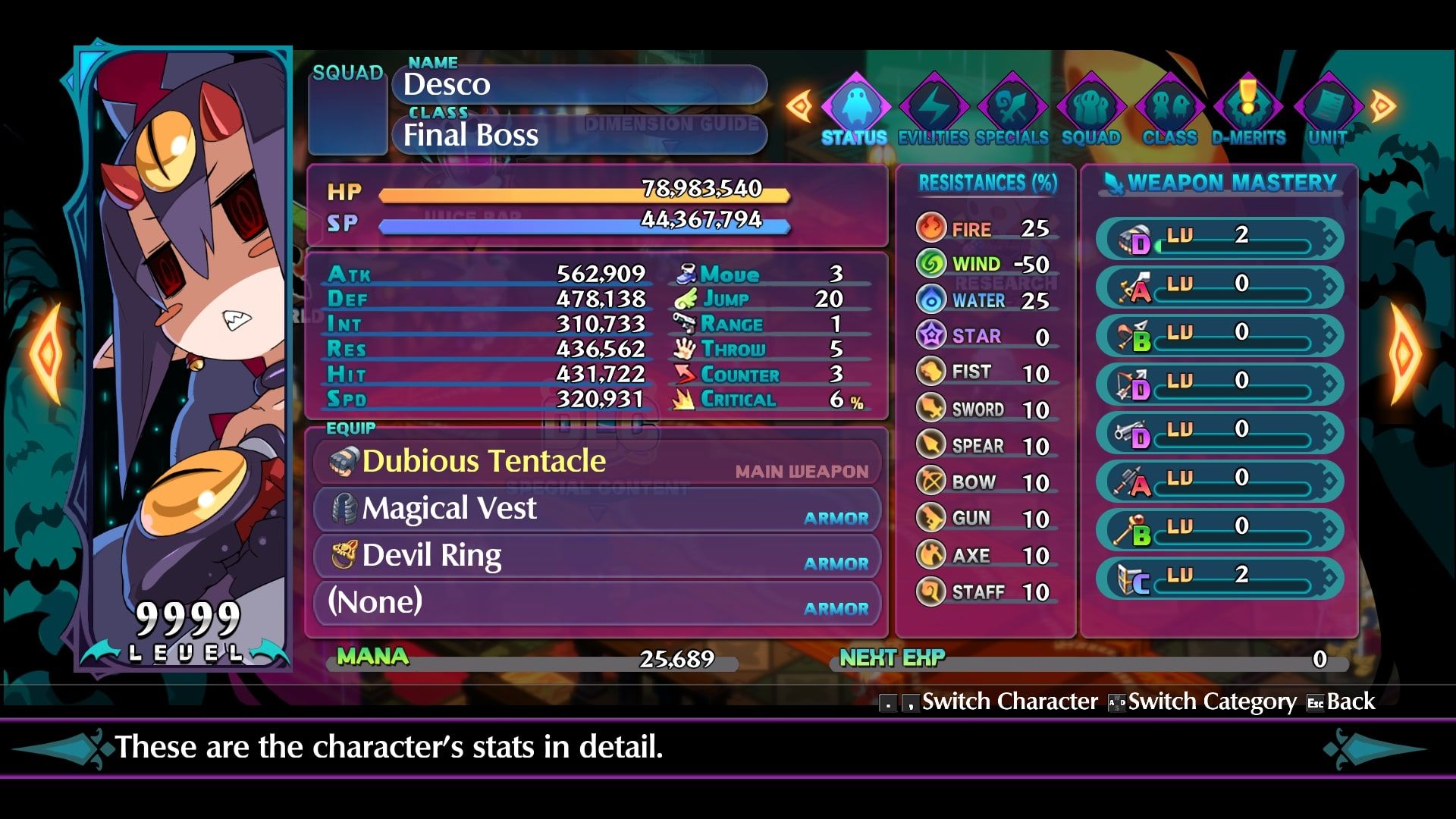 Desco is a bit of an ATK beatstick, which means only one weapon is worth considering.

As with most ATK-based characters, Desco loves to use Axes. Axes provide the highest amount of ATK in the game, and nothing else is worth taking as a result. 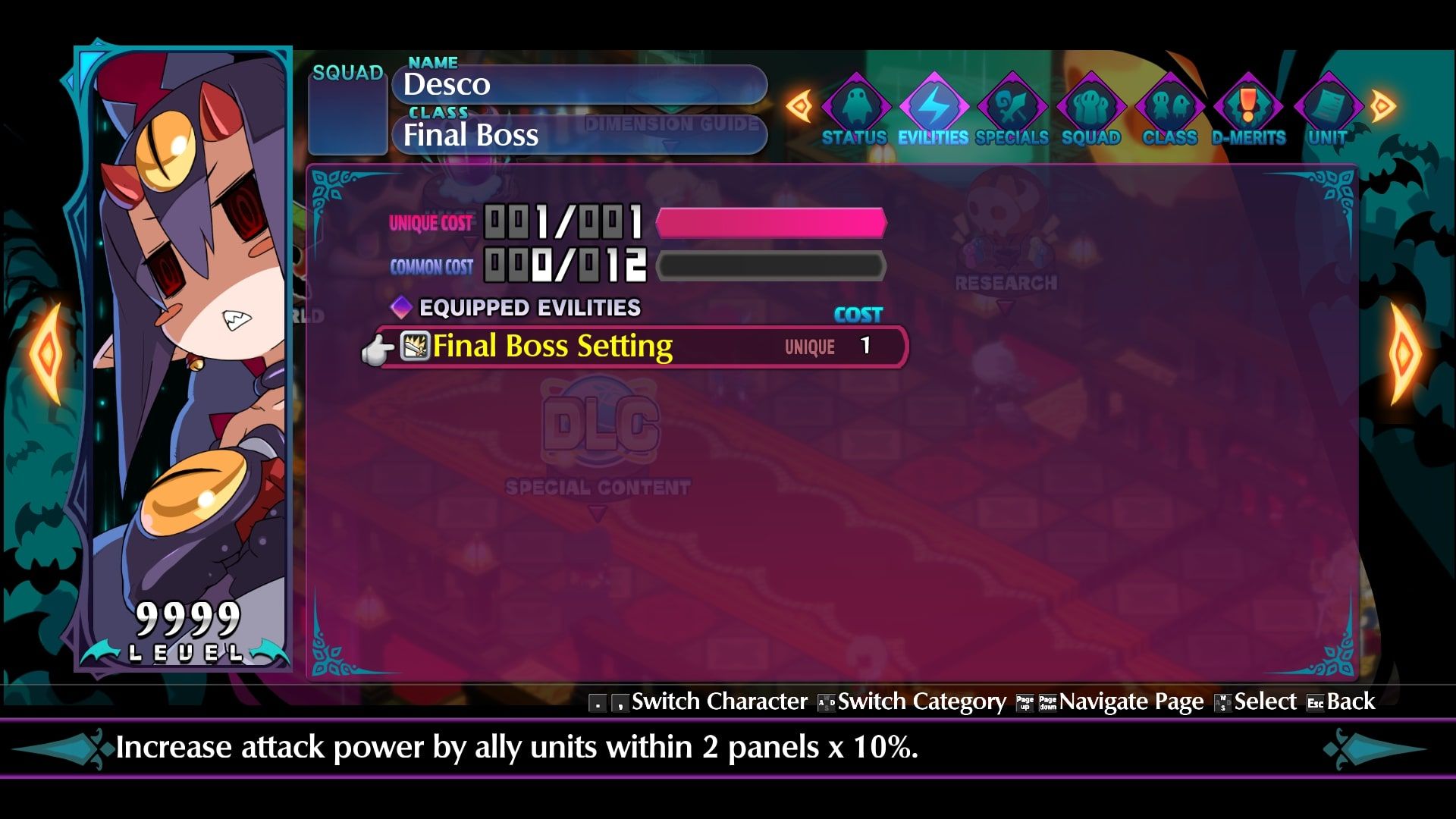 Desco has one unique Evility.

This buff is pretty darn good. It is very similar to Majolene’s passive, although it isn’t quite as powerful in practice. Regardless, having an x10 percent increase to attack power for any ally within range is very nice, and it stacks with every other similar buff. It’s a shame it isn’t global, but you can certainly work with this Evility. 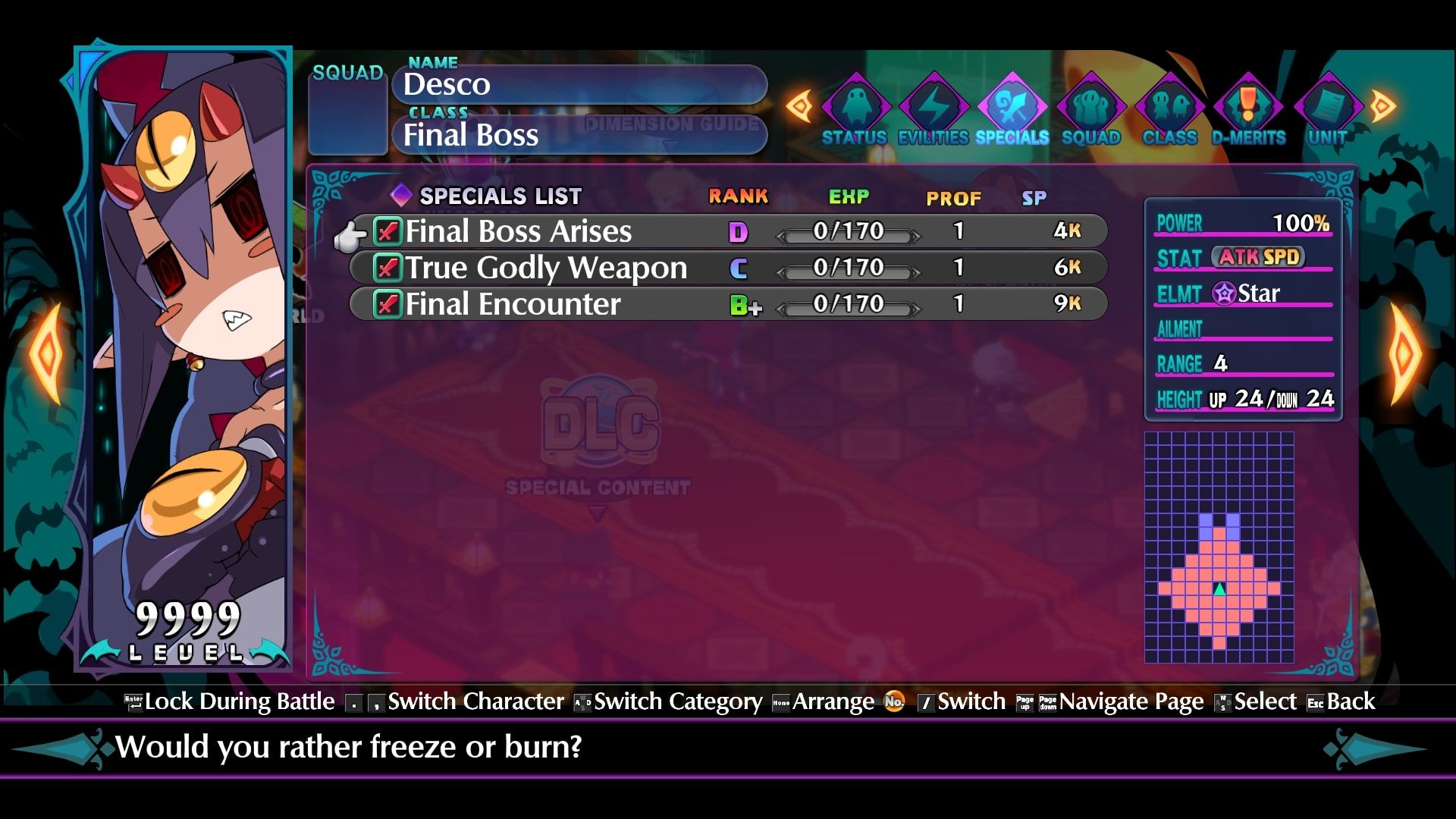 What makes Desco so interesting is her specials. They are not great, but they are certainly not bad either. They are all AOE based, but the AOE in question tends to be slightly smaller than most, in exchange, they deal slightly more damage. This is especially noticeable with Final Encounter.

Not only that but they all deal Star damage, which if you are going to have any element, Star is probably the best due to the lack of resistance to it.

How To Use Desco 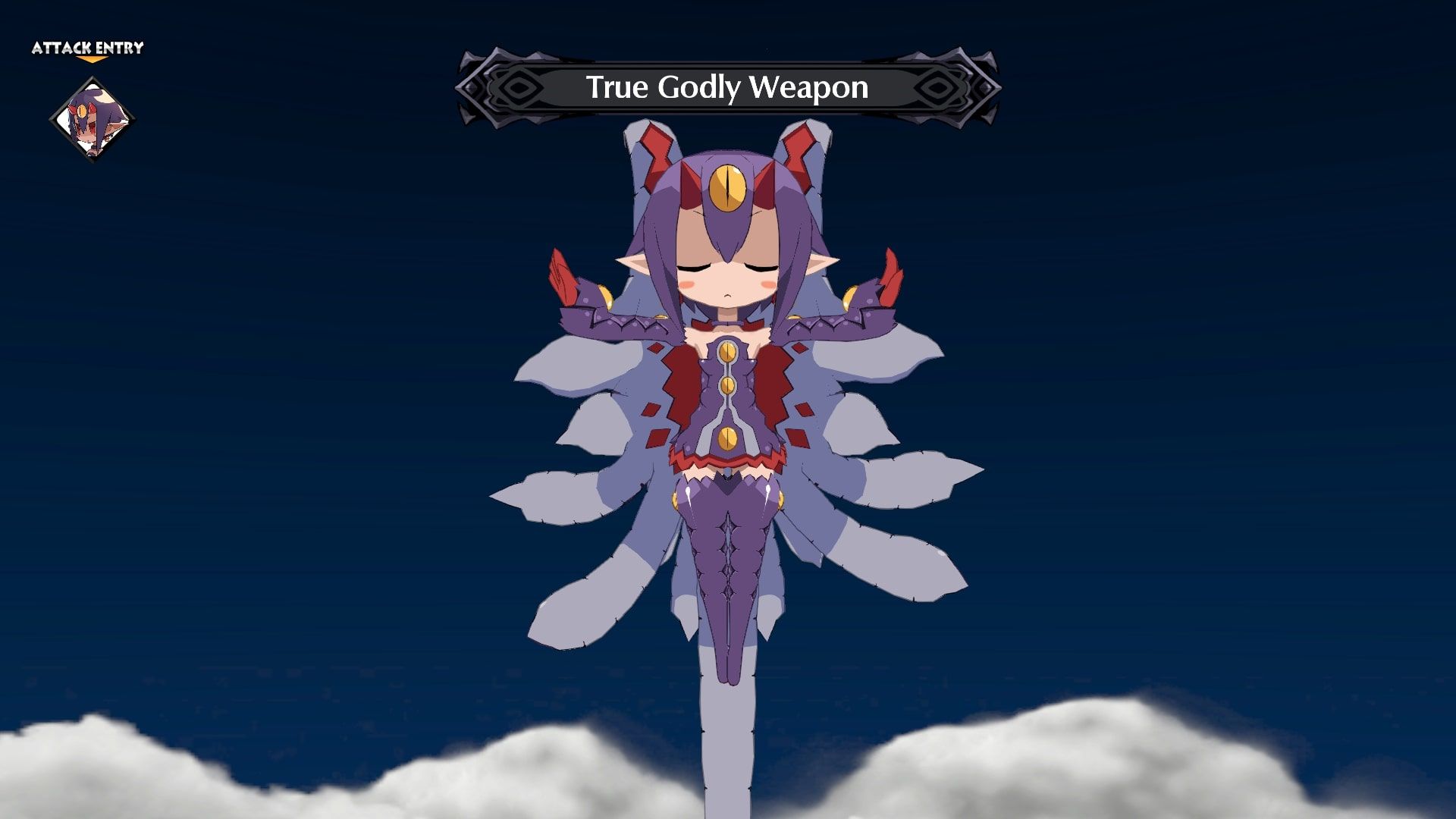 Desco is pretty simple to use. You want her to be close enough to use her abilities and stuck in with the rest of your team. Her Evility has a little bit of range to it, making it very easy to stay safe and still provide a buff.

You could also move her around to buff allies, then cancel her move after allies attack. You can then move her again in the same turn, buff different allies, and have them attack. This will result in smaller combos, but the damage increase may be worth it.

Desco’s biggest drawback is her gender, as is always the case with female characters in Disgaea 6. Because of this, she is not able to access the powerful male-only buffs that Melodia and Rozelin provide. Thankfully, she is a “flatty”, which means she can join the Flatty Squad and get some comparable buffs from there instead.