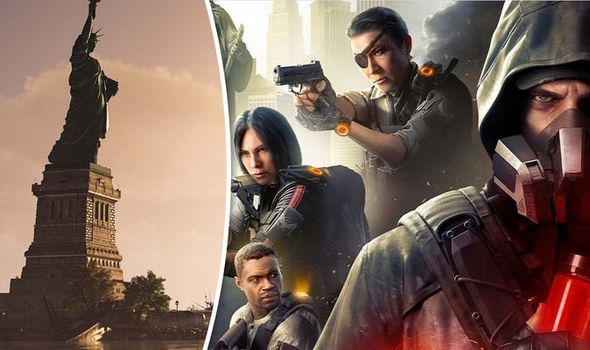 UPDATE: The Division 2’s Warlords of New York expansion is live, although you won’t be able to play it until after the game comes back online.

Ubisoft has been forced to perform some emergency server maintenance on PS4, Xbox One and PC.

The game was taken offline at 830am UK time, and will return at approximately 11.30am GMT.

ORIGINAL: The Division 2 fans are counting down to the release of the Warlords of New York expansion.

Just a couple of weeks after the launch of the free Coney Island episode, fans are getting ready to return to New York as part of the latest DLC.

Available for £24.99 on PS4 and Xbox One, the Warlords of New York expansion has a March 3 release date.

And UK fans won’t have to wait very long to play the DLC, because Warlords of New York will be available to play from midnight local time.

As the name suggests, The Division 2 Warlords of New York transports players back to the Big Apple.

The Warlords of New York map includes parts of Lower Manhattan such as the Two Bridges, Chinatown, and Wall Street.

The story revolves around former Division agent Aaron Keener, who went rogue after being left behind in the Dark Zone.

“In Tom Clancy’s The Division 2 Warlords of New York, Division Agents will go on the ultimate manhunt for Aaron Keener, a former Division Agent who has now gone rogue,” reads the official description.

“Keener, along with his network of Rogue Agents, is now a major threat to the burgeoning rebirth of civilisation.

“To get to Keener, players must take down each of his Rogue Agents. Each Rogue Agent has their own unique back story and skill – which you gain once you take them down.”

With the help of the Cleaners and the Rikers, Keener’s specialists have taken over parts of New York.

One of Keener’s rogue agents is a chemical specialist, another is a drone engineer and hacker, while others specialise in stealth and heavy weapons.

Players will unlock new skills for killing each rogue agent, including the ability to create a hologram decoy to trick enemies.

Unlike the snow-covered New York from the original Division, players will fight in swamplands, mudslides, sinkholes and even in the decaying remains of a giant oil tanker.

Needless to say, the release of Warlords of New York is preceded by an update that overhauls the user-interface and Gear system.

“The UI screen will be updated to always show the roll ranges for each stat on a piece of gear or weapon,” Ubisoft explains.

“The overhaul also includes the return of god rolls, improving readability and helping players make better decisions on the gear’s usefulness to their build.

“Additionally, players will see a more streamlined gear recalibration system, with item and stat usefulness indicators, as well as permanent attribute and stat storage at the recalibration station. This will allow Agents the flexibility to plan the perfect build.”

Elsewhere, Warlords of New York comes with an increased level cap, allowing players to go from level 30 to level 40.

If you’re a new or lapsed player, each purchase will also come with the ability to immediately skip ahead to level 30 and play Warlords of New York instantly.

Finally, the Dark Zone has also received a big update. Not only has Ubisoft added a Legendary difficulty, but fans can also expect new rewards to encourage player-to-player interaction.

If you want to see what’s changed in the Dark Zone following update 8.1, then check out the patch notes below…

• Additional extraction points are now available in every Dark Zone.

• Experience in the DZ will now only be earned from player to player interactions, Extractions and Supply Drops.

• All items are now contaminated and show attribute rolls to give players more agency on which items they want to extract.

• VOIP is now active on default, with options to set it to Team only or turn it off entirely.

• You can now see players in the Social Menu that are within 100ms of your agent.

• Signature Weapon Ammunition is now longer granted inside the Dark Zone and already acquired ammunition is removed when entering a Checkpoint.

• Grey Rogue Status and the Thieves Den Vendor have been removed. There are still Vendors available near the DZ gates.

• Extraction Timer is now 90 seconds in all Dark Zones.

• Surviving Manhunt rewards are not contaminated.

• Dark Zone Intro Missions have been shortened and streamlined.

• Death Timer for dying as Rogue agent or Manhunt is now 15 seconds.

• You now lose DZ XP when dying as non-rogue.

• Killing NPCs inside the DZ no longer grants DZ XP. 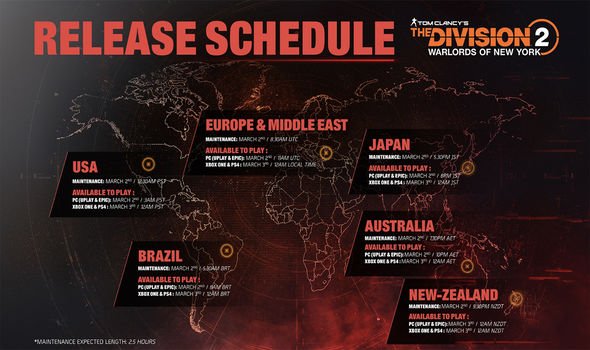 • Loot quality in the Dark Zones has been increased.

• Players are now able to move while toggling Rogue status.

• Entering Dark Zone effect has been added. You know which one.

• Dark Zone Perks have been reset as some perks and the order of perks have changed.

• Normalization has been changed and now only affects Base Amor and Weapon Damage.