It’s hard to imagine other actors filling the role of your beloved characters. When it comes to The Lord of the Rings, Peter Jackson’s casting was flawless, but Aragorn’s boots were not originally filled by Viggo Mortensen and that drastic casting change has finally been aired.

Aragorn, or Strider as he was called in The Fellowship of the Ring, is perfectly portrayed by American actor Viggo Mortensen, and it’s hard to imagine anyone else transitioning from Ranger of the North to King of Gondor. The character is a symbol of strength and courage within the books and Jackson’s live-action trilogy; the production needed a resilient actor to portray him on-screen. Mortensen’s dedication to the role is well known, but Aragorn’s original actor Stuart Townsend’s departure has long been a myth of the set. Dominic Monaghan has finally spilled the Lembas Bread on what actually happened.

Speaking to Manchester Evening News, Monaghan – who played the hobbit Merry – revealed that Townsend’s departure occurred during week one of filming. “We didn’t get a chance to say bye to Stu,” Monaghan regretted, emphasizing that his departure happened very quickly. The actor disclosed how producer Barrie Osborne asked the four hobbits – Elijah Wood, Sean Astin, Billy Boyd, and Monaghan – to stay behind after week one filming had wrapped. The actors were then told that Townsend had left the project, after Jackson began to doubt his ability to play the character because of his youth. 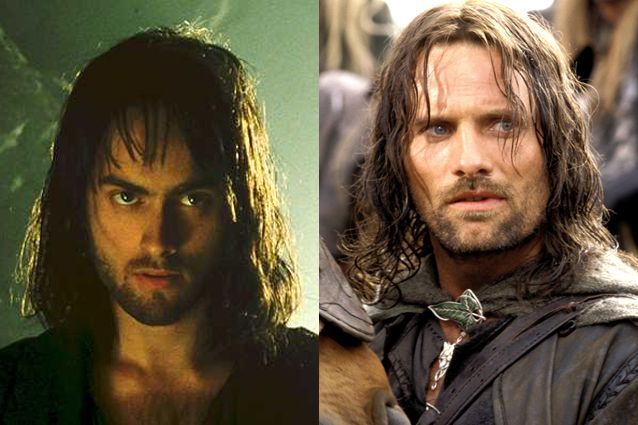 However, Townsend wasn’t the only actor to be attached to the role of Aragorn in pre-production. Daniel Day-Lewis was offered the role twice – which he turned down both times – Vin Diesel auditioned for the role as he is a fan of the books and both Russell Crowe and Nicolas Cage turned down offers too. After Townsend’s departure, Mortensen quickly stepped in and wielded an admirable commitment to the role throughout the project’s longevity.

On another note, Aragorn’s elven love interest Arwen has no short supply of beautiful outfits featured in Jackson’s trilogy; one fan was adamant to wear one of them to her prom. Andrea Ayres successfully created a replica of Arwen’s Bridge Dress with help from The Lord of the Rings community and wore it proudly to the coming-of-age event.