Doom Eternal has a lot of great moments, and nothing feels better than getting a lucky shot at a demon. I had my chance when I switched from an ineffective plasma gun to a shotgun in this scene.

I jumped down a hole and avoided the gnashing teeth at the bottom with a dash to the side at the last second. Then I got a boost up to the top of a shaft, where a bunch of new enemies awaited me. 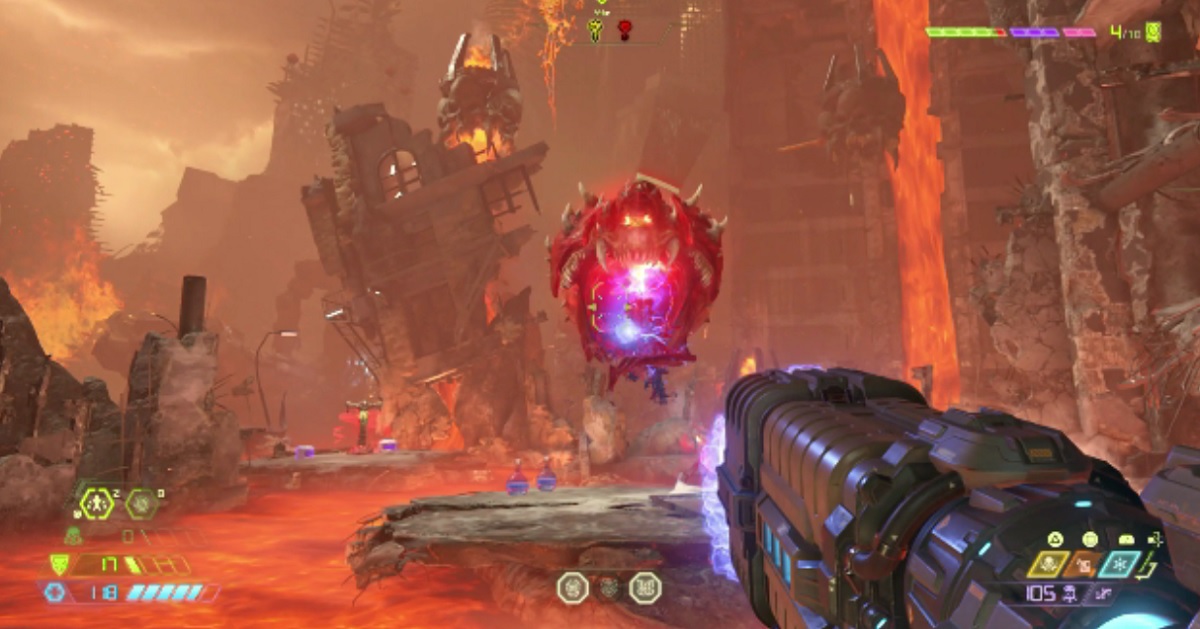 Above: This plasma rifle isn’t going to work against a Cacodemon.

One of them was a Cacodemon, a flying demon that isn’t too fast but has a nasty attack. The demon started closing in on me, but I switched to the weapon wheel and grabbed my trusty shotgun. But the Cacodemon got so close that it pushed me into the mineshaft again. As I fell backward, I fired a sticky bomb upward. Then I hiT the bottom and the booster spit me back up to the top.

I was stepping in the lava but I realized that the sticky bomb went into the mouth of the Cacodemon, who was staggered and helpless with indigestion. So I went in for the Glory Kill (melee). It was a small but fun moment in Doom Eternal, which is full of such escapist episodes. Check it out in the attached video.

Bethesda will publish id Software’s Doom Eternal on the consoles and the PC on March 20.