Google’s Stadia service didn’t exactly launch in the best of states. While some progress has been made in the months following its release, things still aren’t perfect and one of the biggest selling points isn’t readily available for most titles: 4K streaming. The service does support it, but games aren’t properly running at that resolution despite prior claims.

Doom Eternal, it seems, will be joining the club of failed promises.

In a blogpost on the Slayer’s Club website, id Software confirmed that Eternal will run at 1800p and upscale to 4K on Stadia. This is a complete reversal from what id stated before Stadia’s launch. When Google announced Stadia at GDC last year, id’s Marty Stratton came up on stage and said the game would be running in true 4K on the streaming service.

This isn’t the biggest deal in the world, but it is yet another knock against Google’s overly ambitious product. Say what you will about how digital is the future and game ownership might not matter to some, Google has consistently failed to deliver on a lot of the features it promised would be present. That isn’t a good look. 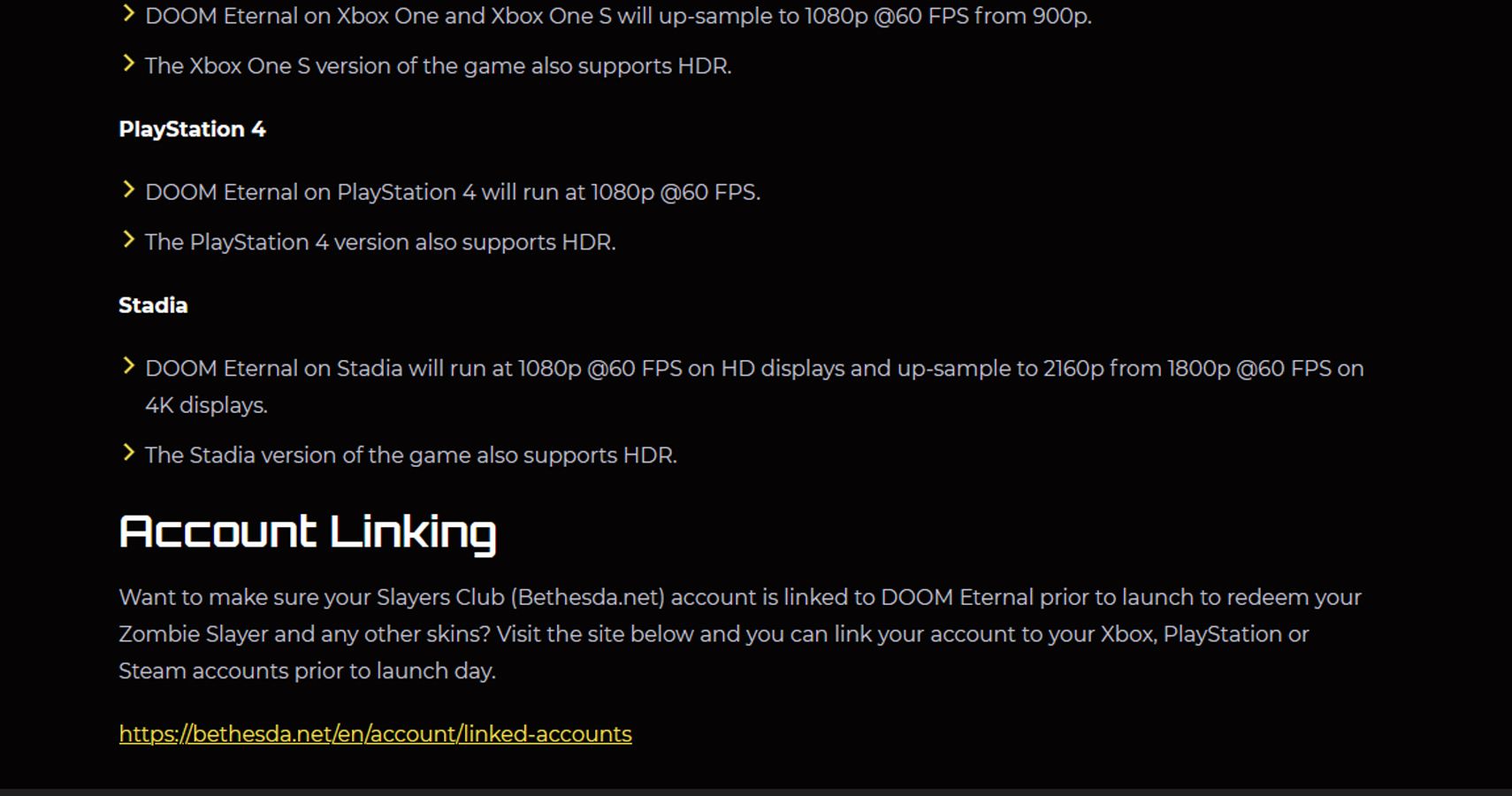 As Eurogamer reports, a bunch of people on Reddit are very disappointed by the news. As one commenter put it, the lack of 4K in most games can no longer be blamed on the devs creating titles. This really is a structural problem that Google hasn’t addressed.

It doesn’t help that competing services such as Nvidia’s GeForce Now and Microsoft’s xCloud (which isn’t even out of beta!) are already leaps and bounds better than what Stadia offers. You don’t have to shell out full price or an immaterial copy of the game, you can purchase titles on digital storefronts of your choice, the selection of games is much wider. Google really has dropped the ball hard here.

Again, the lack of 4K in Doom Eternal on Stadia isn’t the end of the world. Most high-end PCs probably won’t be running the game at a native 2160p anyway. It’s more that Google has done little to incentive investing in its platform. This could end up being the final nail in the coffin.