When you first play Dragon Ball: The Breakers' Frieza, you may be shocked to realize that outside of his first form, Frieza doesn't have the ability to detect ki. At this point, you may feel that all is lost, as that is a pretty important skill for the other two raiders. But worry not! Frieza has some unique ways around this limitation that utilize his underlings.

You heard that right, Frieza has access to two underlings. Unlike with Buu, this isn't a first-form gimmick either, he gets to use Zarbon and Dodoria in every form. Not only does he start with two allies, but he also has a full suite of attacks right from the get-go. Frieza is a threat from second one. On top of all of that, once Frieza enters the stage, the way you acquire Dragon Balls changes, and it works to his advantage! Needless to say, Frieza has a lot going for him, and we'll break it all down for you below! 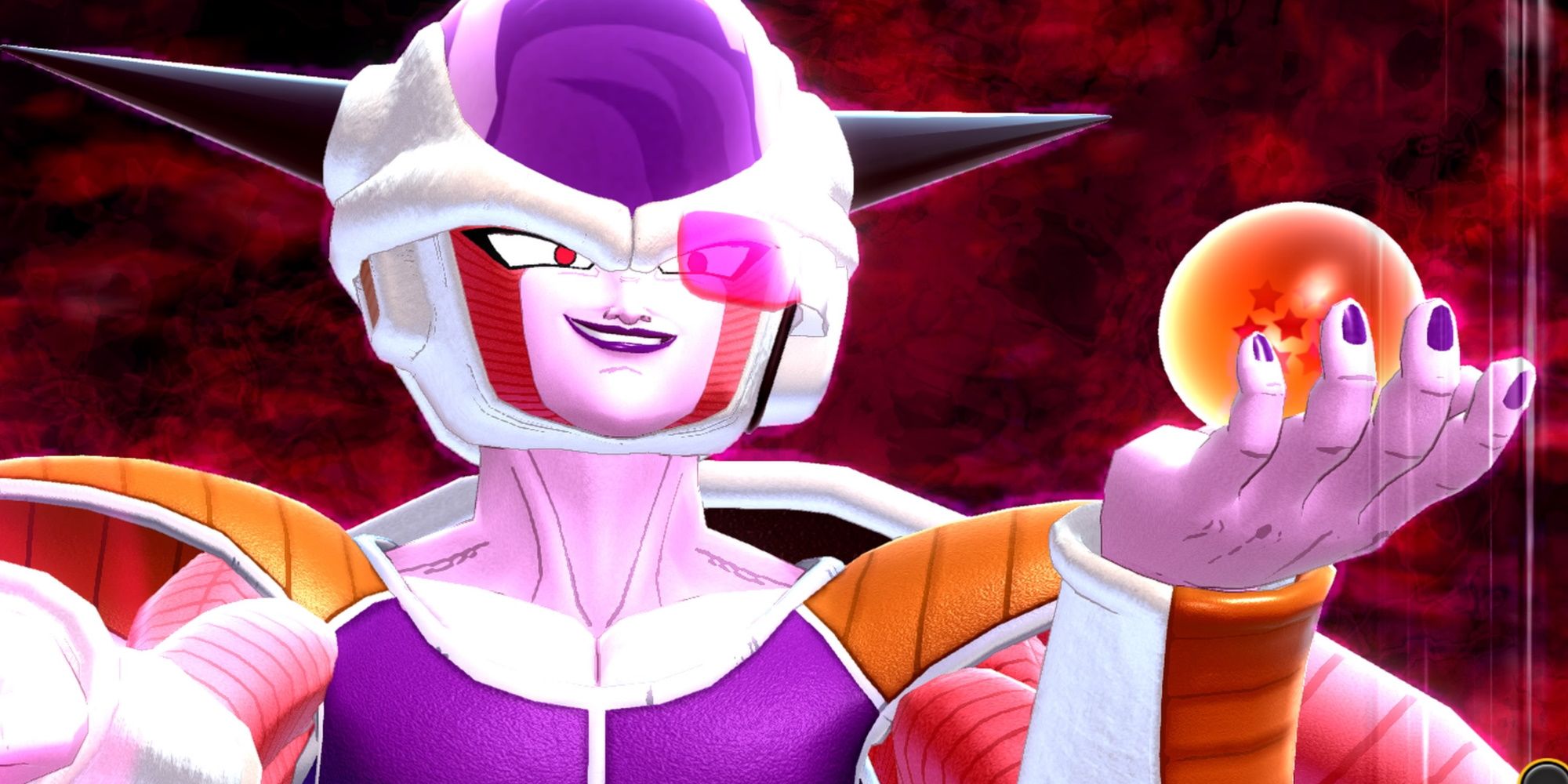 When it comes to the passive abilities that Frieza has at his disposal, he starts with everything active right from the get-go. Half of Frieza's abilities are geared toward helping him evolve quicker. These are what you are going to focus on when leveling his passive skills. The ranged kills are obviously nice, but your kill range is extremely far right from the onset, so that isn't an upgrade priority.

Of the two that help you level quicker, you have an interesting choice to make… The Namekian kills give a large amount of energy, so those percentage increases go further. However, since Frieza has an aggressive playstyle, you will be getting hit frequently, so being able to gain more energy from those exchanges is a big help. Honestly, you really can't go wrong either way. 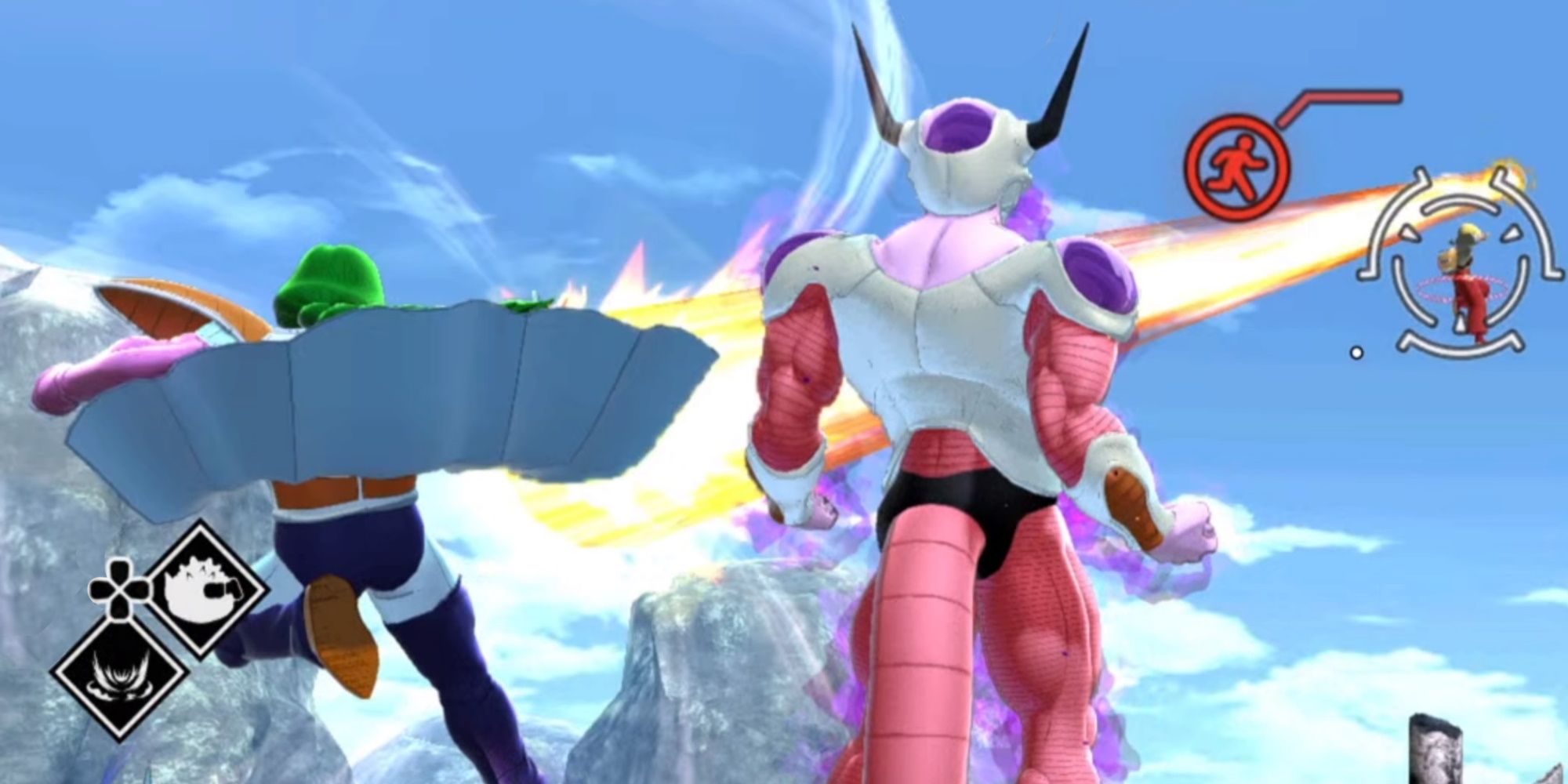 The Break Strike is a classic get-off-me style move you can use when you are being attacked by Survivors. Simple and effective. You gain access to this attack once you enter the second form. The Scouter is super nice to have early on, but you lose it after the first form. So, this is not going to be a skill you lean on. Instead, you are going to want to get well acquainted with using Zarbon and Dodoria. 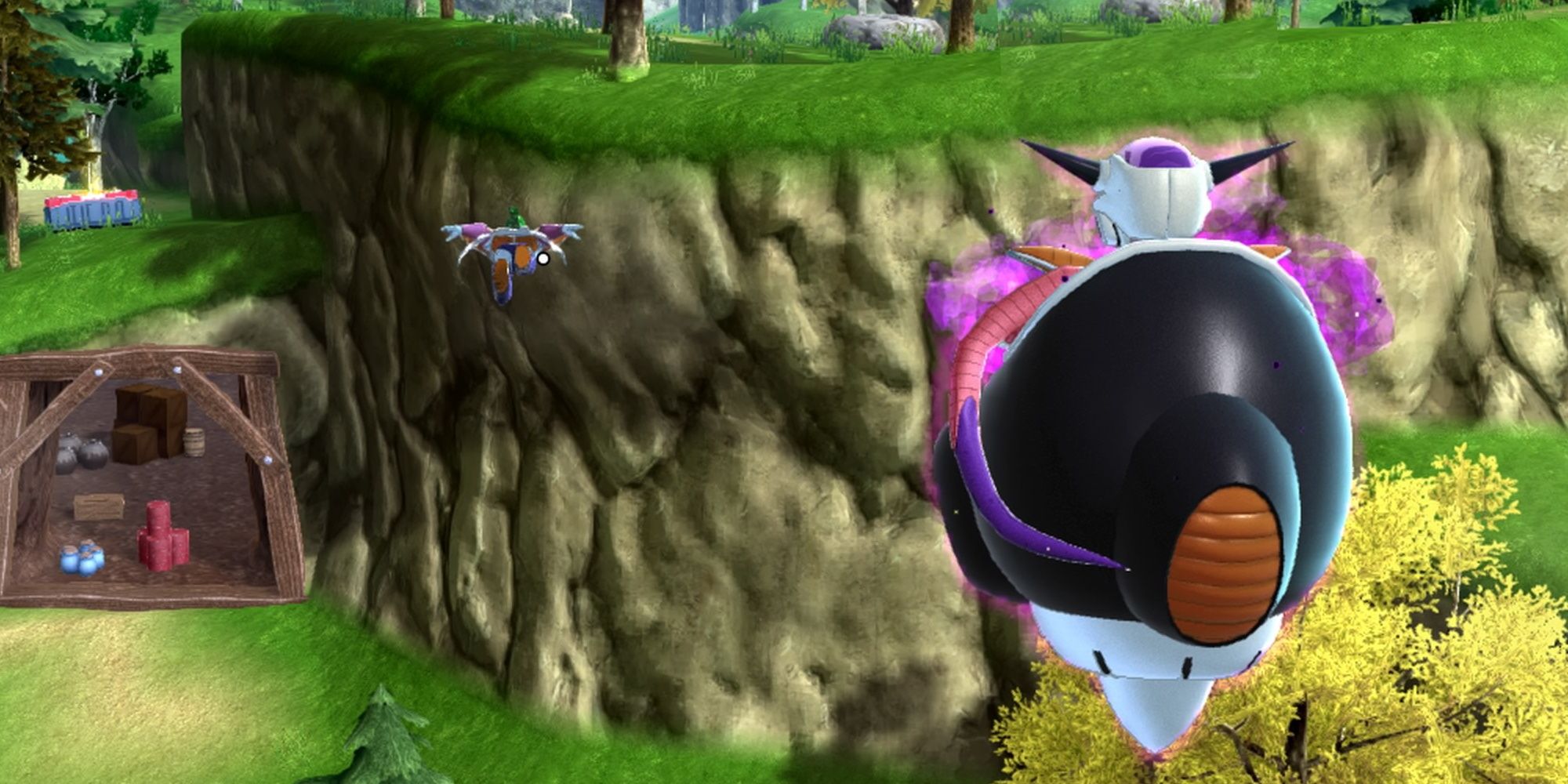 The trick to using Zarbon and Dodoria is that you want to get high above the map and send them out. They fly in a straight line and will stop if they hit any objects, so make sure they are above everything or will be free of any obstructions. Now, if they do see someone, they will mark where they saw them for you. So, the faster you get to the spot, the more likely it is that you will be able to catch the Survivor.

If you are looking to upgrade an active skill, put points on these two. Being able to summon them rapidly is a big help. Though, it should be noted that the gains here are somewhat slight, so you will want to put your points into your passive skills first. 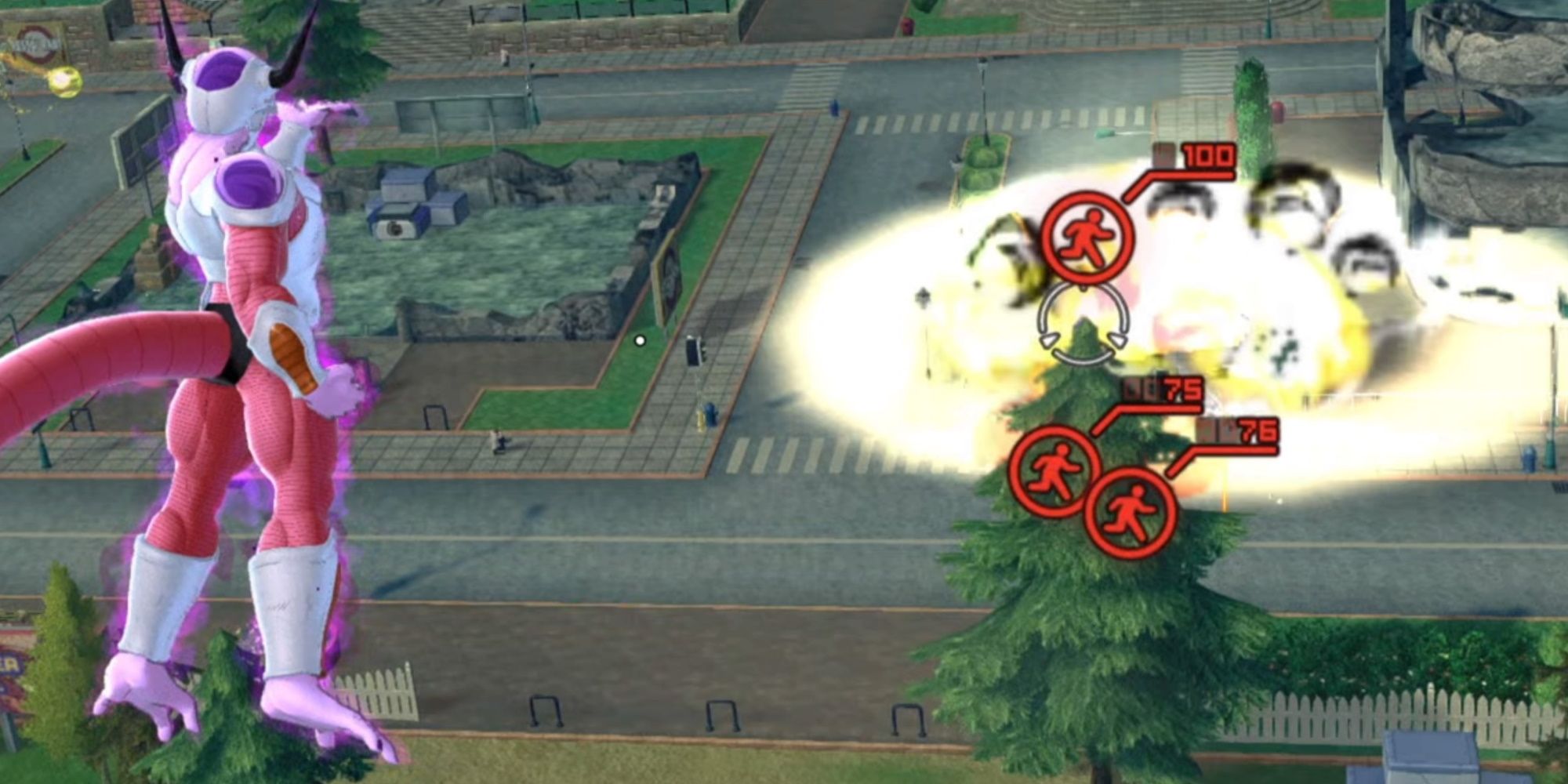 Among all the Raiders, Frieza is most certainly the best fighter. Especially out of the game. As such, Frieza comes locked and loaded with a potent arsenal of attacks. We'll help outline all of them below, making sure to provide their best use cases in the process.

Right from the beginning, Frieza is a genuine threat. His Death Wave special is alarmingly fast. And Supernova is fantastic attack to perform if you see a number of survivors scurrying about under your feet. You can, and should, engage any Survivors while in your first form. However, in actual combat, never use the Supernova, only use the Death Wave.

In Frieza's second form, he has access to some great tools. The Full Power Energy Wave is very Kamehameha-esque in its power and speed. So, it is a very solid beam attack. The Explosive Wave is a little more interesting. It is his slower, more powerful attack, but it is actually quick enough to sneak in mid-fight, which isn't something you can say about most of the more powerful attacks. It also does splash damage. This is a great attack for dealing with groups.

So, not only does Frieza get the extremely quick Death Beam in this form, but he also gets the Crazy Finger Shot, which is a barrage-style of attack. This makes Frieza's third form essentially unbeatable in a one-on-one fight. The Crazy Finger Shot is extremely good at locking opponents down, but be very careful about using it when other Survivors are around, as the move does lock you into a lengthy animation! If you are fighting groups of enemies, you will probably want to stick with the Death Beam, but thankfully that move is excellent.

One Caveat here is that if Frieza summons the dragon and wishes for immortality, it doesn't matter how many times they hit you while you perform this attack. At that point, use Crazy Finger Shot as much as you want!

Frieza is an absolute terror starting from his very first form, so it shouldn't come as a surprise that he is extremely potent in his final form. Not only is his This Planet Will Die an incredible attack for hitting groups of Survivors from a distance, but his Death Slash is a powerful attack with a giant hitbox. Oh, and his standard ki attack becomes a version of the Destructo Disc special. Frieza's final form is positively monstrous.

The only thing to keep in mind is that you are obviously not going to use the This Planet Will Die special mid-combat. This is an attack that you should use to ambush enemies you aren't engaged with currently. 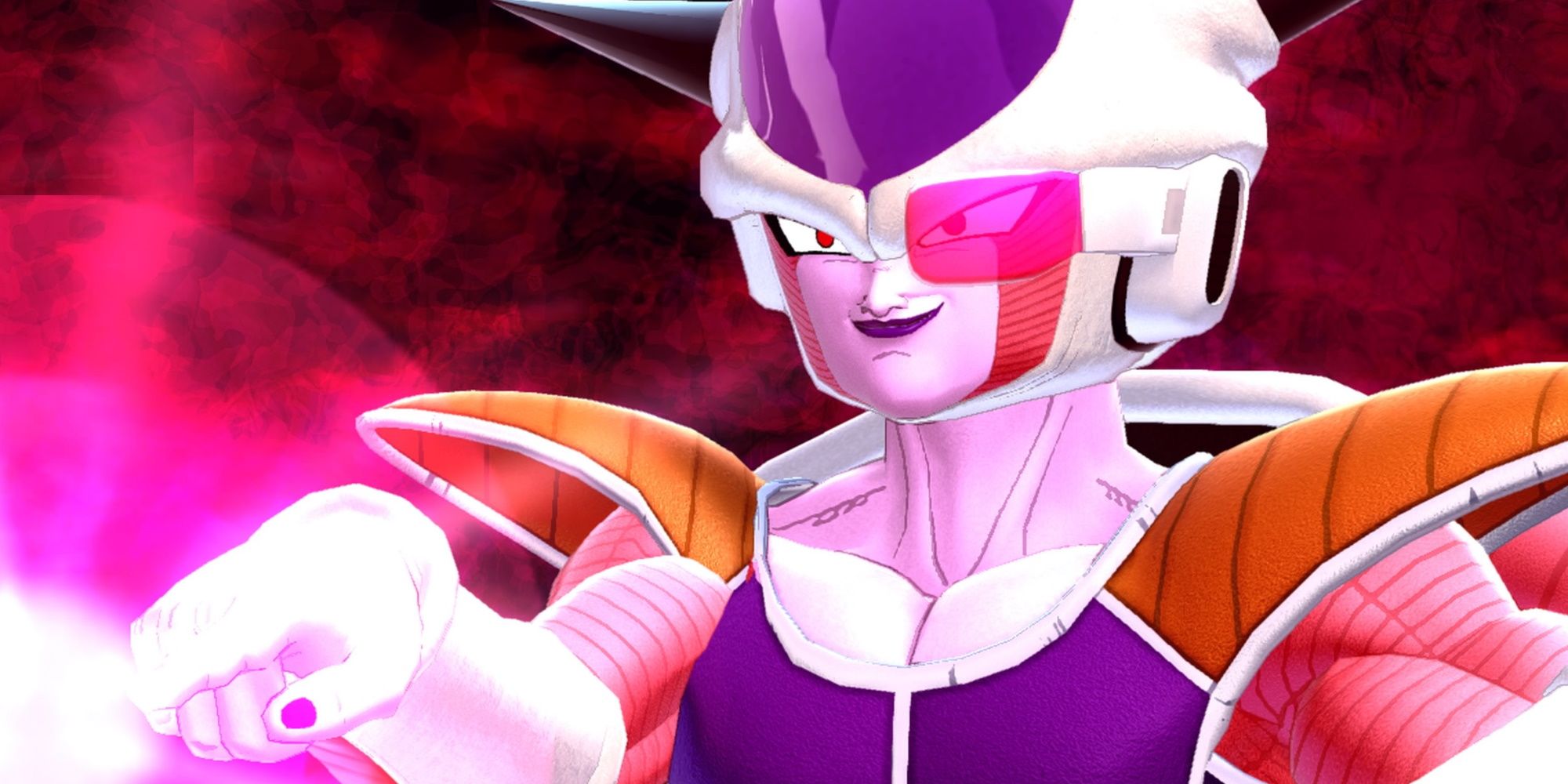 Before we get in into the core loop, there is an element exclusive to Frieza that we need to delve into. Whenever Frieza is chosen as the Raider, Namekians will appear as civilians. These Namekians will often hold Dragon Balls. This has a number of notable effects on gameplay. It means that Frieza is more likely to stumble upon Dragon Balls. The Dragon Balls being on citizens, instead of stashed away in item boxes, also means that the Survivors are more likely to grab a Dragon Ball or two along the way. Use this to your advantage and grab the dragon radar. It will help you locate Survivors holding onto a Dragon Ball!

If the Survivors manage to do serious damage to you, you may want to consider focusing a little more on Dragon Ball acquisitions, as you will be able to wish for immortality and then your health bar quite simply won't matter. 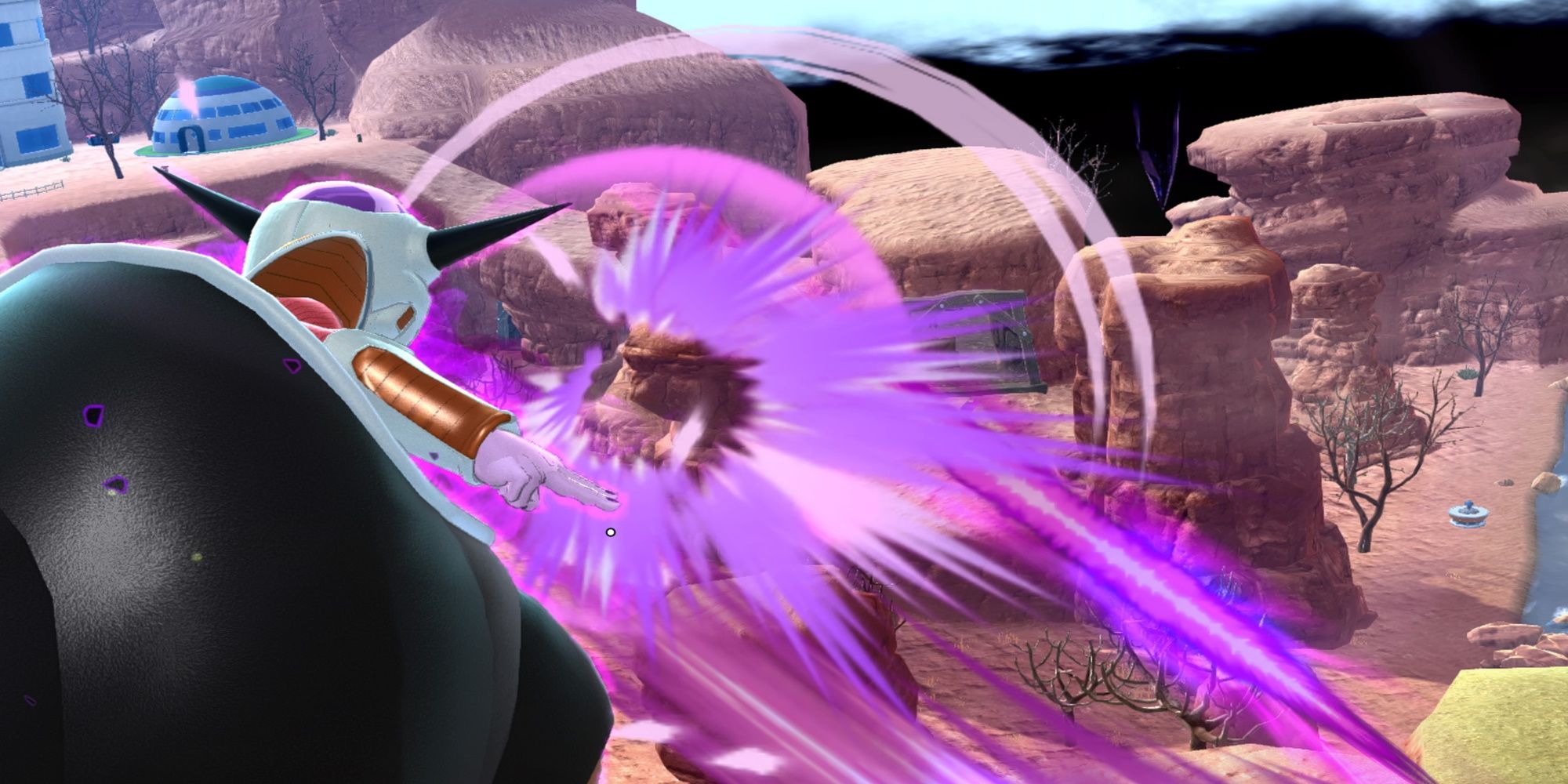 Outside of Dragon Ball-based strategy, what you need to know is that Frieza is easily the strongest fighter of all the Raiders. He is powerful right from the beginning, too. Not only does he have a fully-functional toolkit from the onset, but Frieza also gains evolution energy from taking damage, which will naturally happen while fighting. So, absolutely, you are going to want to engage in as many tussles as possible right from the onset. 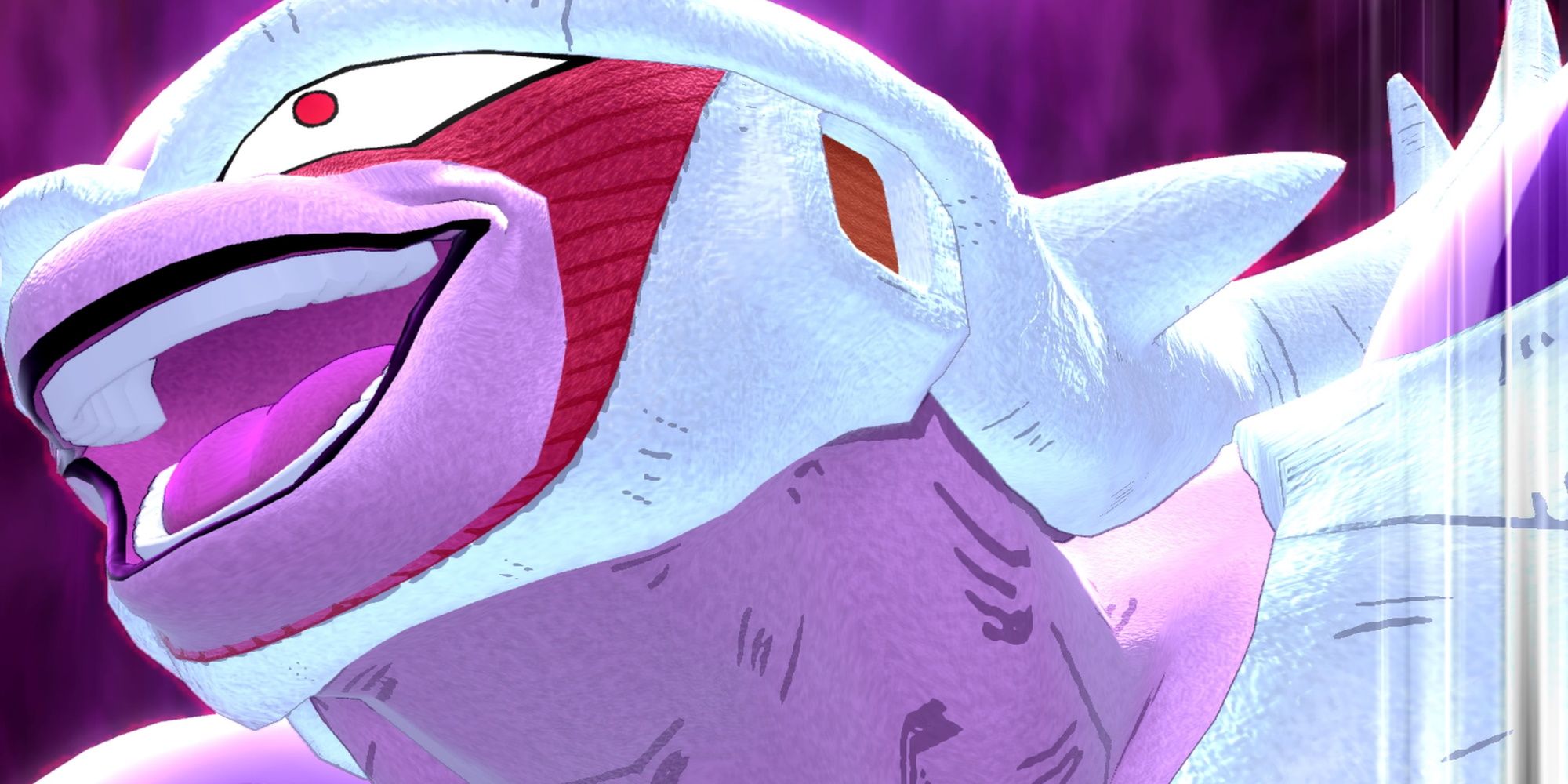 Since Frieza lacks the ability to sense ki, his two most important skills are his Zarbon and Dodoria summons. Fly up above all the obstructions and send them out to find Survivors. Once they do, fly to the location where they saw them and take them out. Both Zarbon and Dodoria will also fight Survivors if they get close to them as well. So, if you are planning to engage a Survivor, send them after your prey first to soften them up. 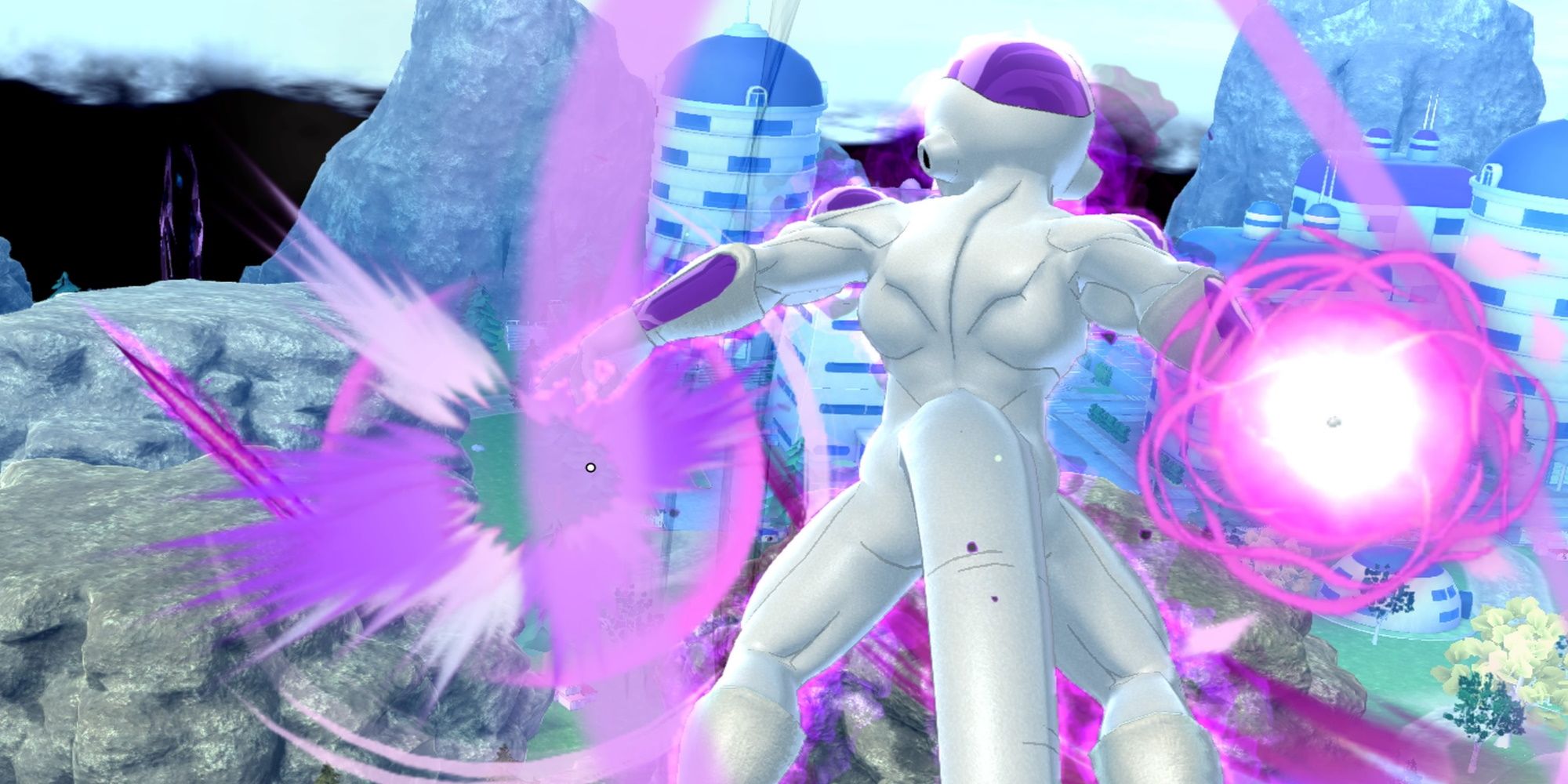 Frieza's game plan doesn't really change from form to form. He will always have access to Dodoria and Zarbon, and the only skill he gains in his other forms is his Break Strike, which is a great get-off-me move. So, your whole strategy is going to be staying active by sending the boys out to scout for Survivors, tracking Dragon Balls, and scrapping as much as possible. Truth be told, an effectively played Frieza is hard to win against. If you follow this strategy you will most certainly win more of your games than you lose.