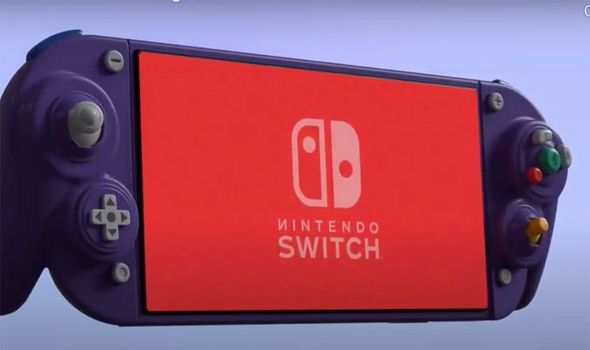 If the rumours are to be believed, Nintendo will unveil the Switch Pro during its June 15 Direct presentation.

You can watch the E3 Nintendo Direct conference live at 5pm BST later this evening.

In the meantime, fans have been having fun predicting what the new Nintendo Switch Pro device might look like.

Some of the best designs can be found on TheToyZone website, where amateur designers have made some professional looking mock ups.

“You don’t have to be an 80s kid to recognise the NES aesthetic,” reads the website description. “That passion for right angles. That clunky feel. That cold, loveless grey that says, “this isn’t a toy. It’s an Entertainment System.”

Needless to say, TheToyZone has also made Switch Pro models inspired by the SNES, N64, Game Boy, and my personal favourite, the Gamecube.

You can check out all of the designs by hitting play on the YouTube video below.

And it’s not just retro consoles that have been given the Nintendo Switch Pro treatment, but also classic gaming series.

There’s a stunning red Nintendo Switch Pro based on Mario Kart, as well as a unique Star Fox design.

“While not a household name, Star Fox (aka Starwing/Lylat Wars) was the first accelerated 3D game on a console, and its N64 version was the first to use the Rumble Pak,” TheToyZone explains.

“Those jutting polygons also make for a unique Switch outline – a jaunty new take on Nintendo’s boxy heritage, and a throwback to our angular hero, Fox McCloud.”

While we don’t know a lot about how the Switch Pro will look, we can be confident that it will have an OLED display.

According to a recent report on Spanish website Vandal, the Nintendo Switch Pro will make other useful improvements.

The handheld will reportedly feature a flap on the back on the device, similar to the Microsoft Surface Pro.

Replacing the flimsy kickstand on the current Nintendo Switch, this should make the device much more stable when resting on a flat surface.

The dock will also be larger, and will feature an ethernet port for speedier internet connection, as well as a USB 3.0 port.

Finally, while the console will be a similar size to the current model, the display will reportedly be a bit bigger.

The suggestion is that Nintendo will remove (or at least reduce the size of) the bezels surrounding the screen.

Related posts:
06/15/2021 News Comments Off on E3 Nintendo Direct: The retro Switch Pro designs we want to see TODAY
Hot News
Dell exec: Not all workloads are heading to the cloud
We’re Overdue For A Great Masters Of The Universe Game
The VR Drop: A Breezey RPG Summer
augmentin de 1 gr
afraid of gaining weight on paxil
Recent Posts