Elden Ring has many secrets to uncover when exploring the vast world of the Lands Between and is filled with fascinating bosses, equipment, and even areas to discover if you go off the beaten path. One of the game's best areas is Miquella's Haligtree, which is tucked away, and a bit complicated to find.

To get to this secret Legacy Dungeon, you must first gather two medallion pieces and then complete a puzzle located deep in the Consecrated Grounds. And, in traditional FromSoftware fashion, the task at hand is not an easy one, and neither is the area itself. Miquella's Haligtree is one of the more demanding areas in the game, so before setting out on this endeavor. 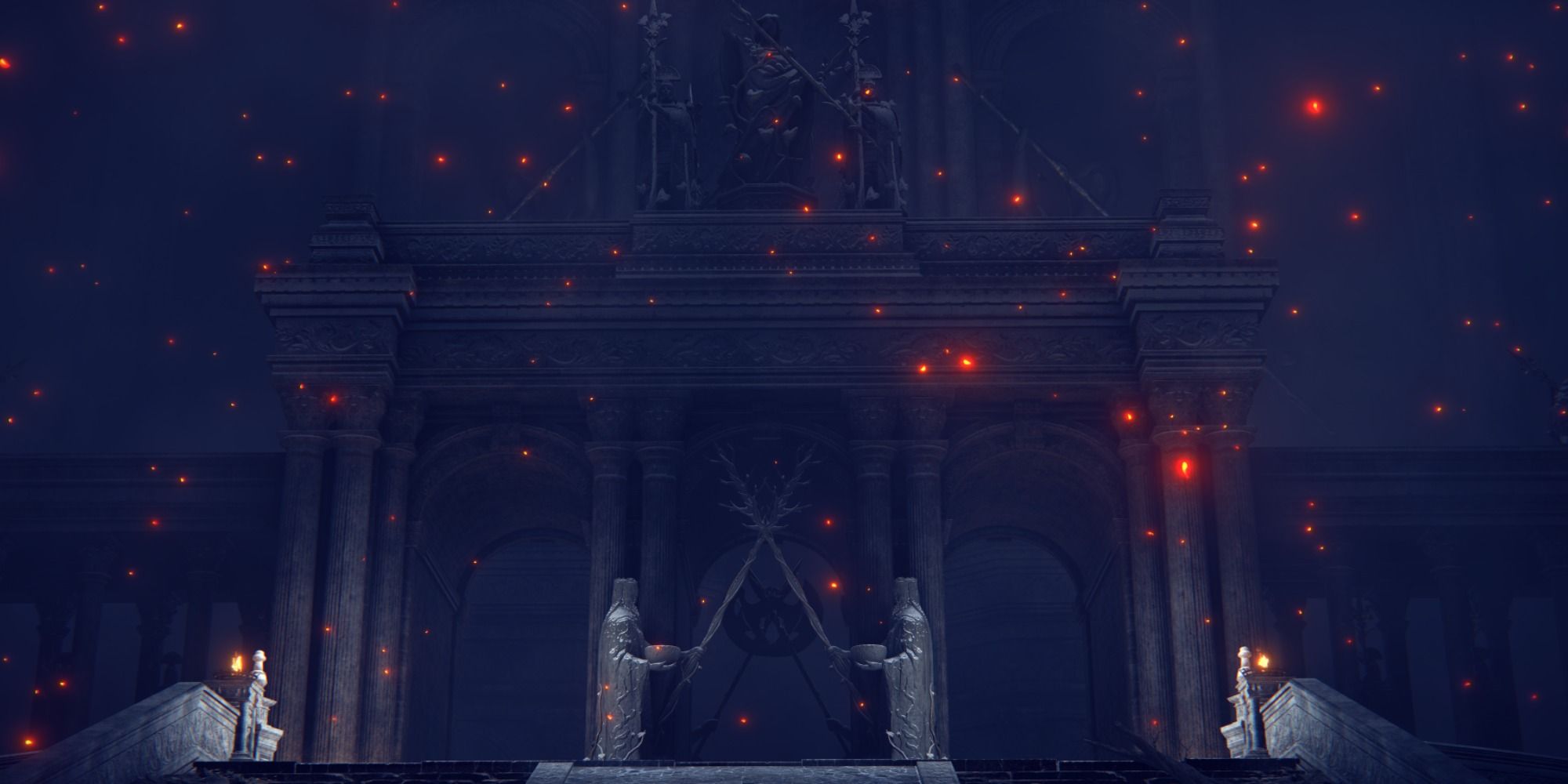 You must first reach the Consecrated Grounds before making it to Miquella's Haligtree. To do this, you will need to find both halves of the Haligtree Secret Medallion and hoist it at the Grand Lift of Rold. As expected, the medallion halves aren't particularly easy to obtain, so we will detail how to do just that below. 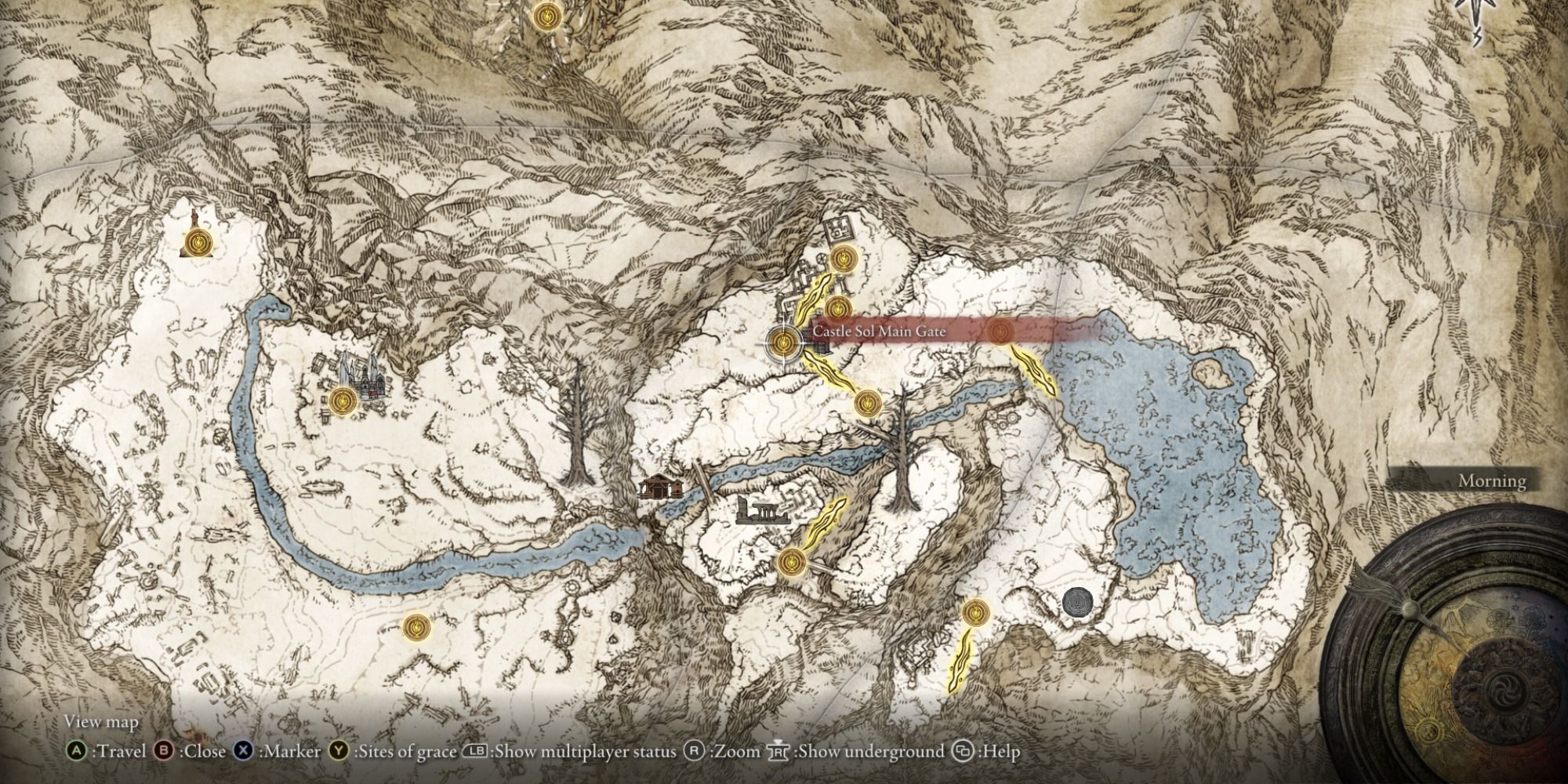 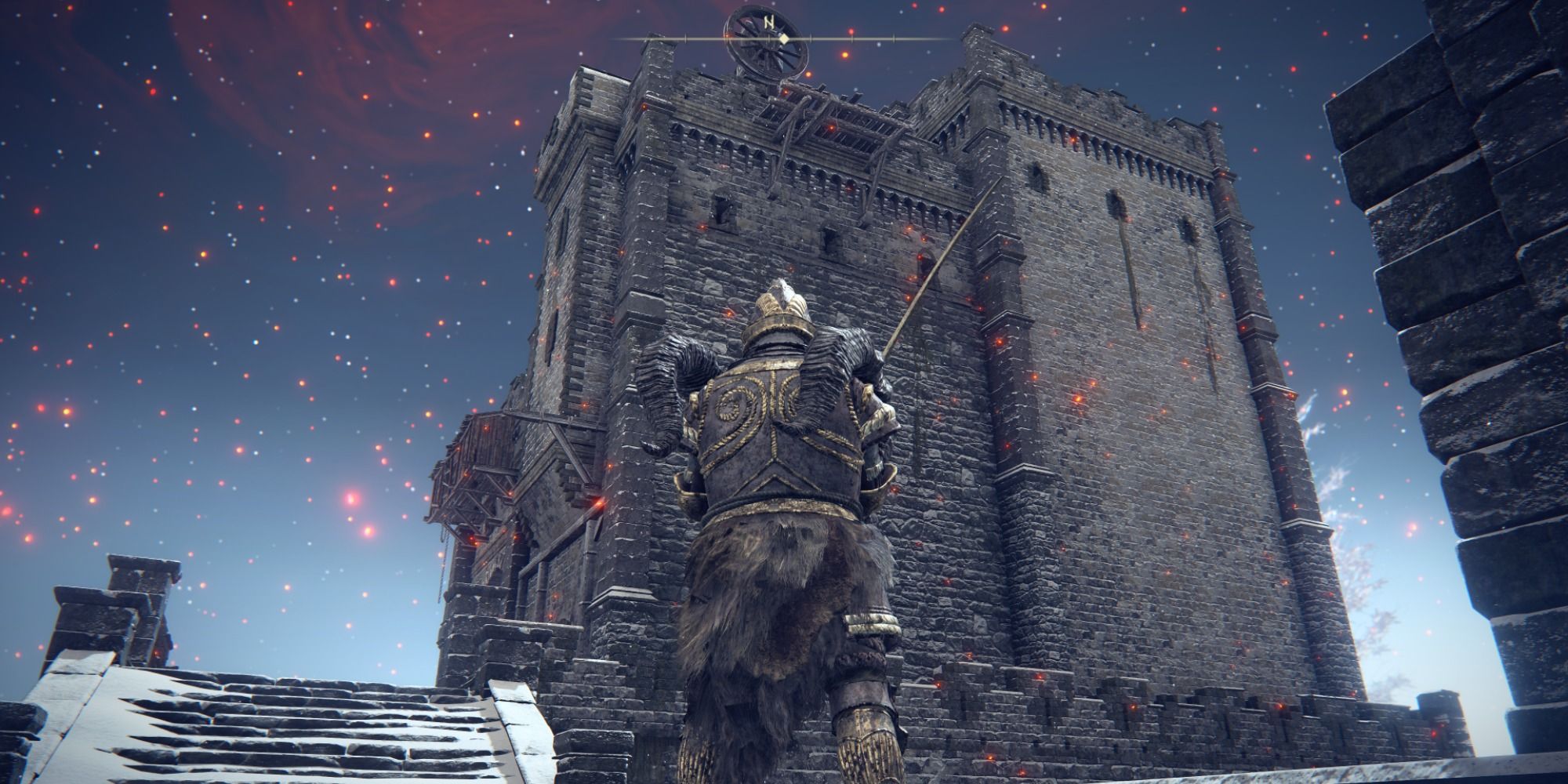 The left half of the Haligtree Secret Medallion is found deep in the northeastern part of the Mountaintop of the Giants in Castle Sol. To get to Castle Sol, you will take the bridge located north of the Stargazer's Ruins. Once there, you will have to ascend the castle while fighting off Spectral Knights, eagles, wolves, and slime. 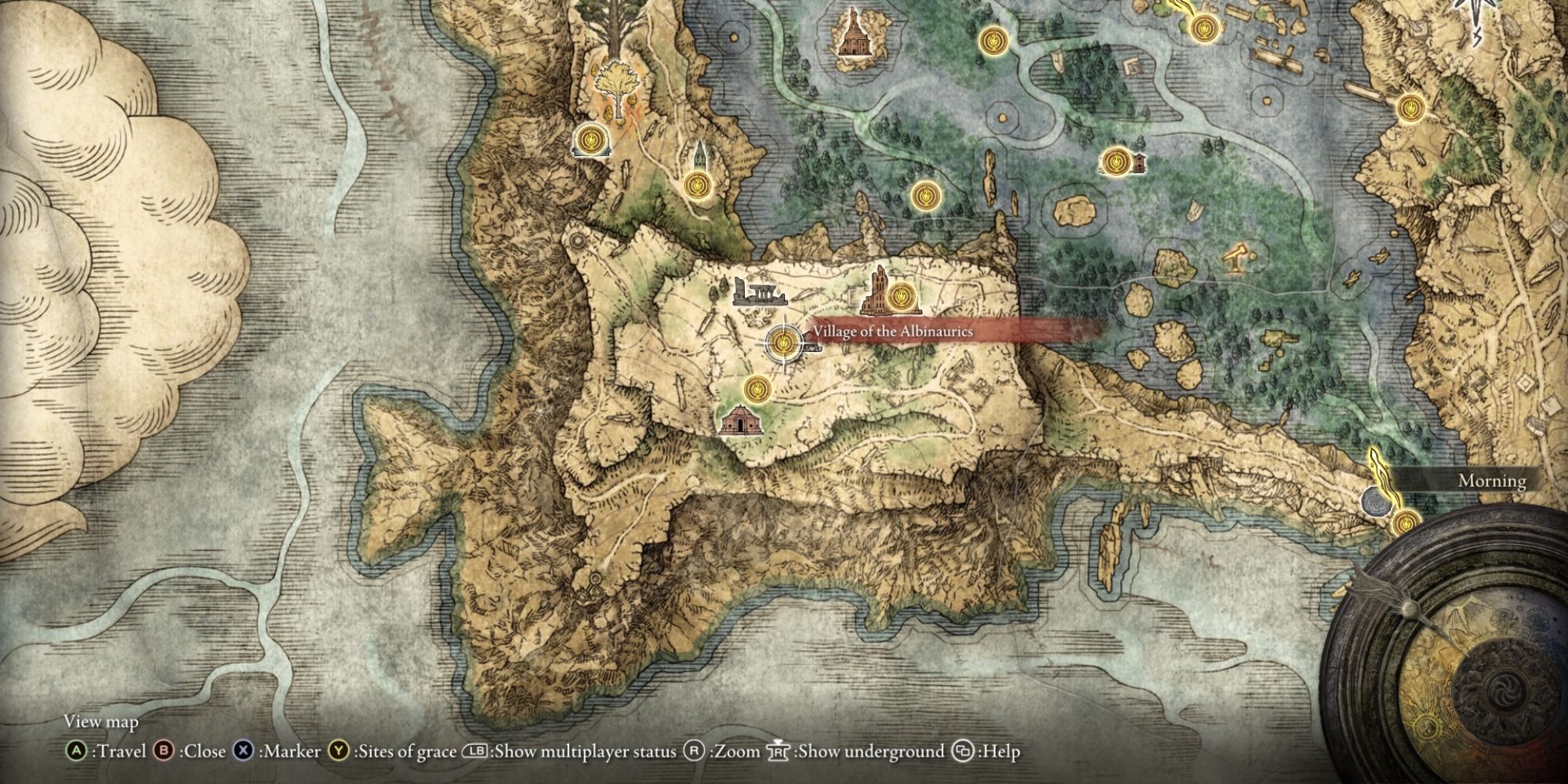 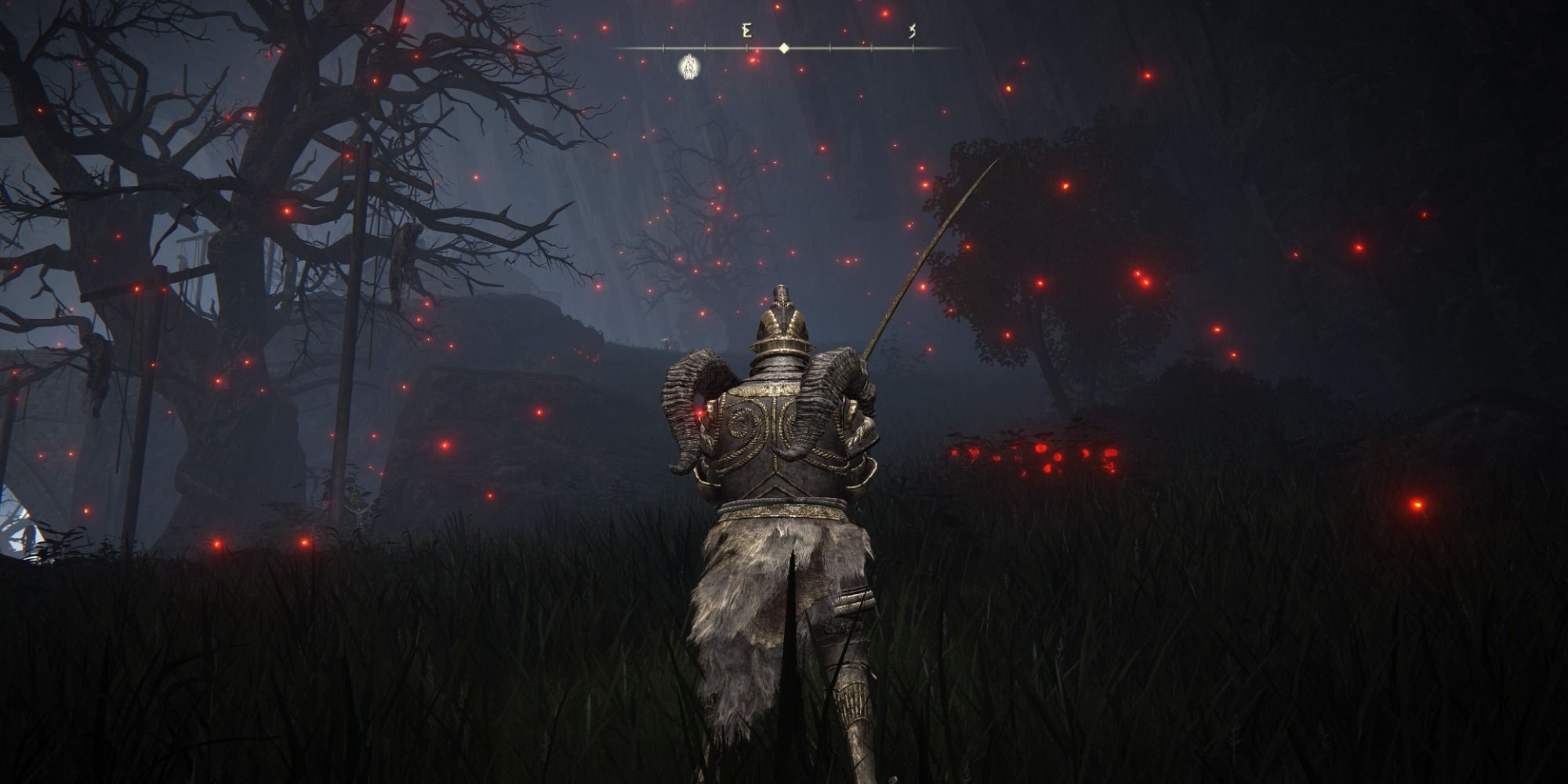 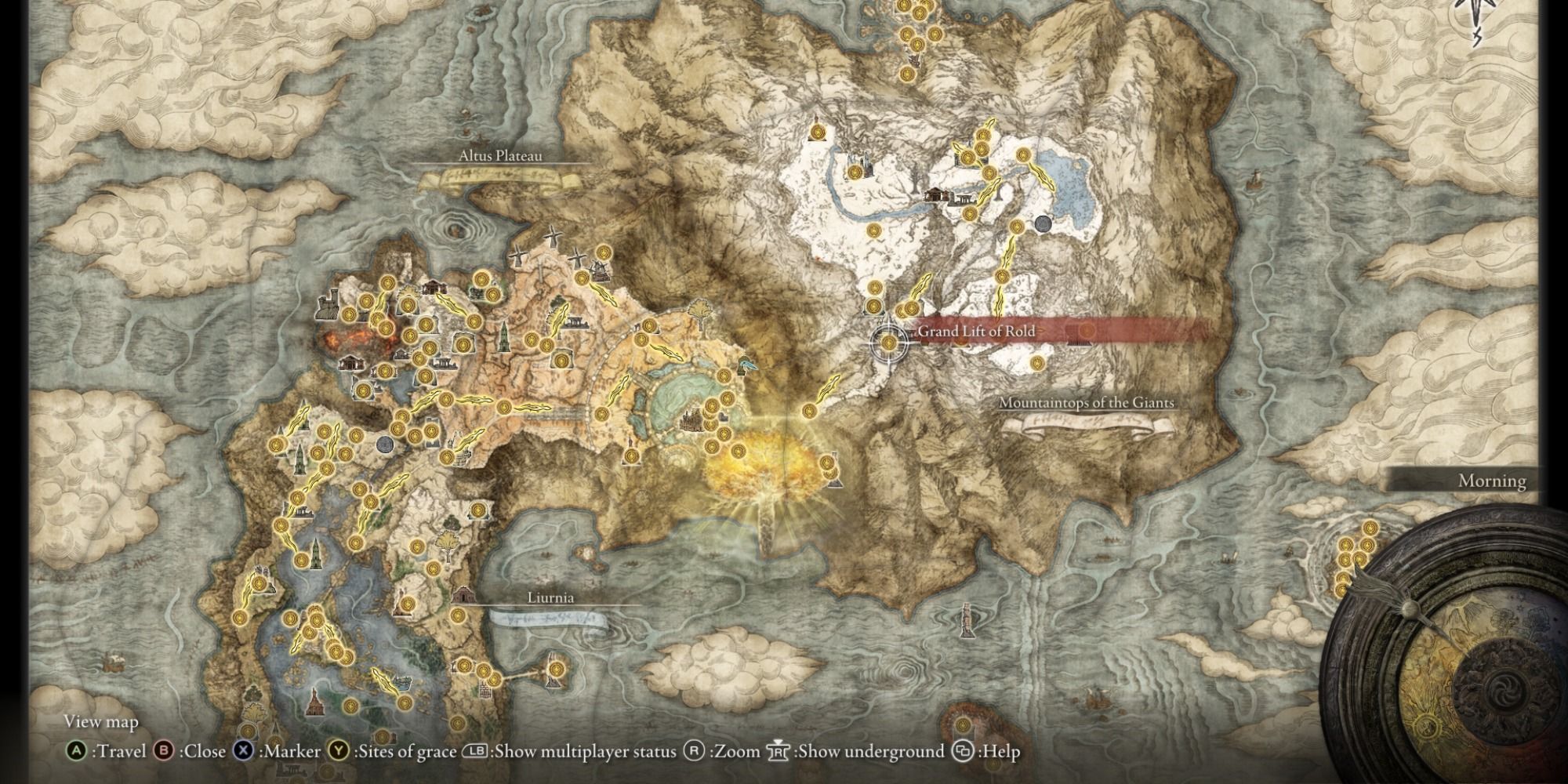 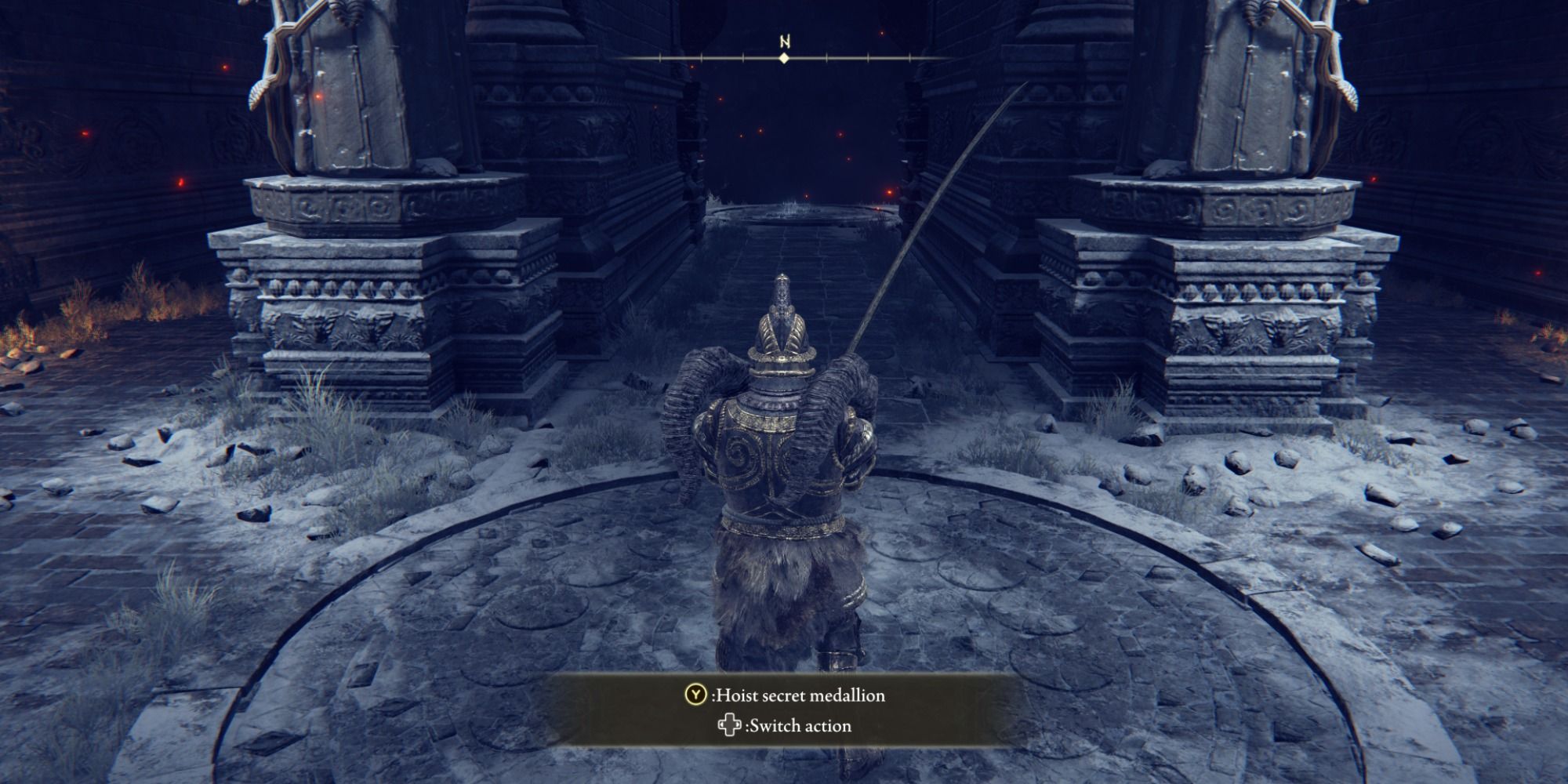 Once you have both halves of the Haligtree Secret Medallion, head back to the Grand Lift of Rold. You should already have the Site of Grace for this area as you use this same lift to access the Mountaintops of the Giants. However, if you passed by the Site of Grace, you can find it by passing through the Forbidden Lands, east of Leyndell, Royal Capital.

When at the Grand Lift of Rold, toggle through the interactions until you see the option "Hoist Secret Medallion." After that, the lift will activate and take you to Consecrated Grounds and a step closer to Miquella's Haligtree. 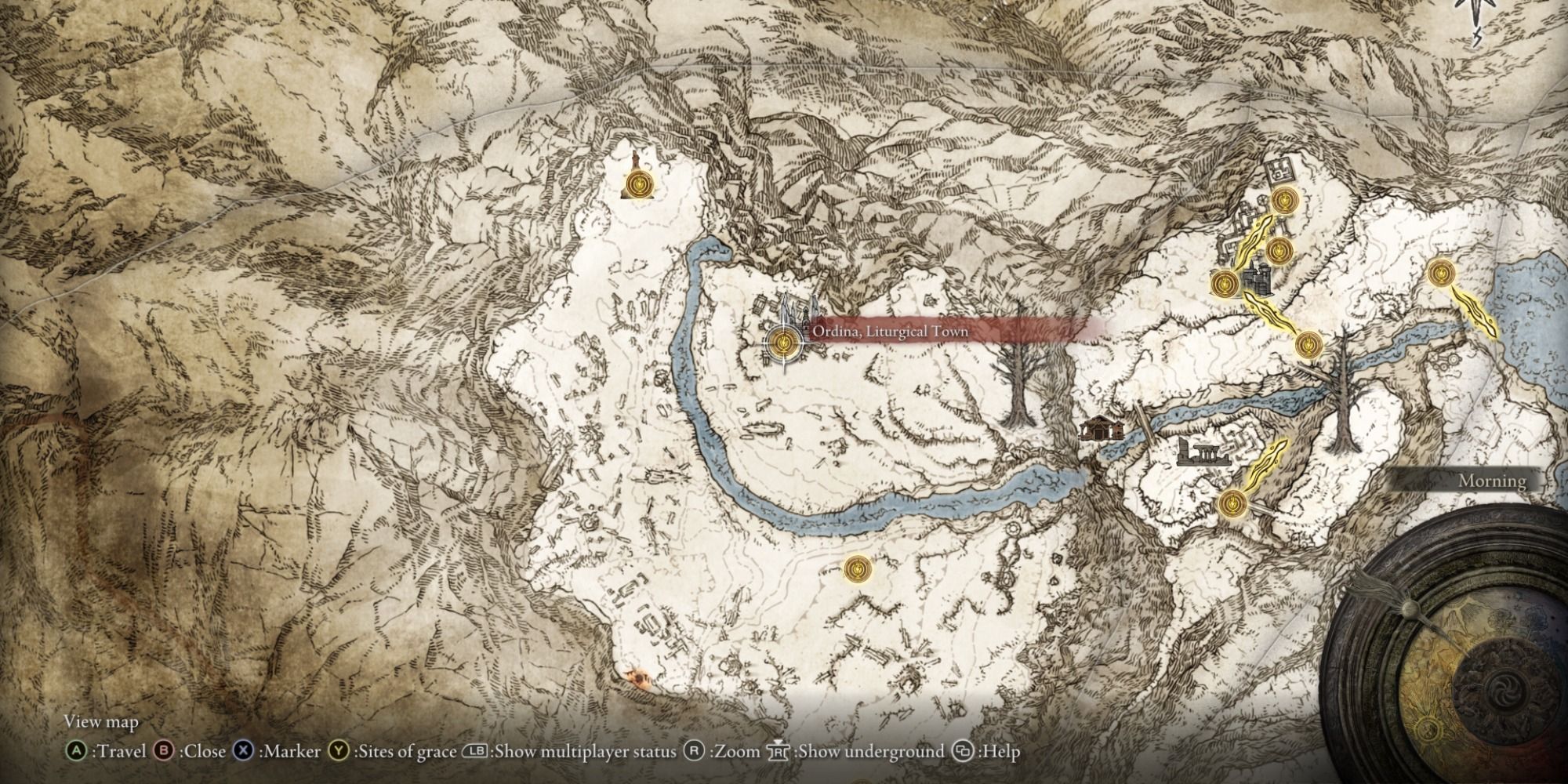 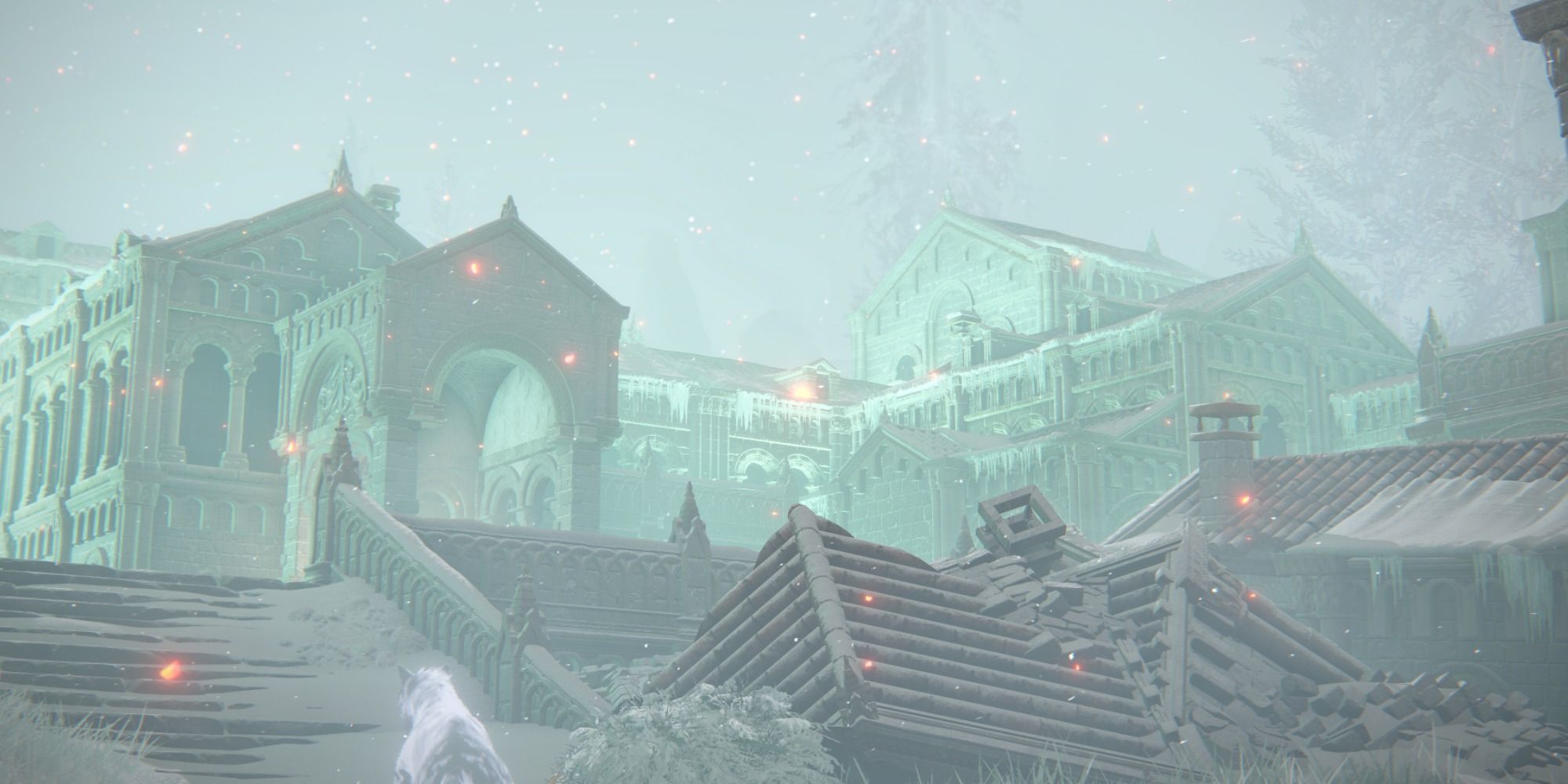 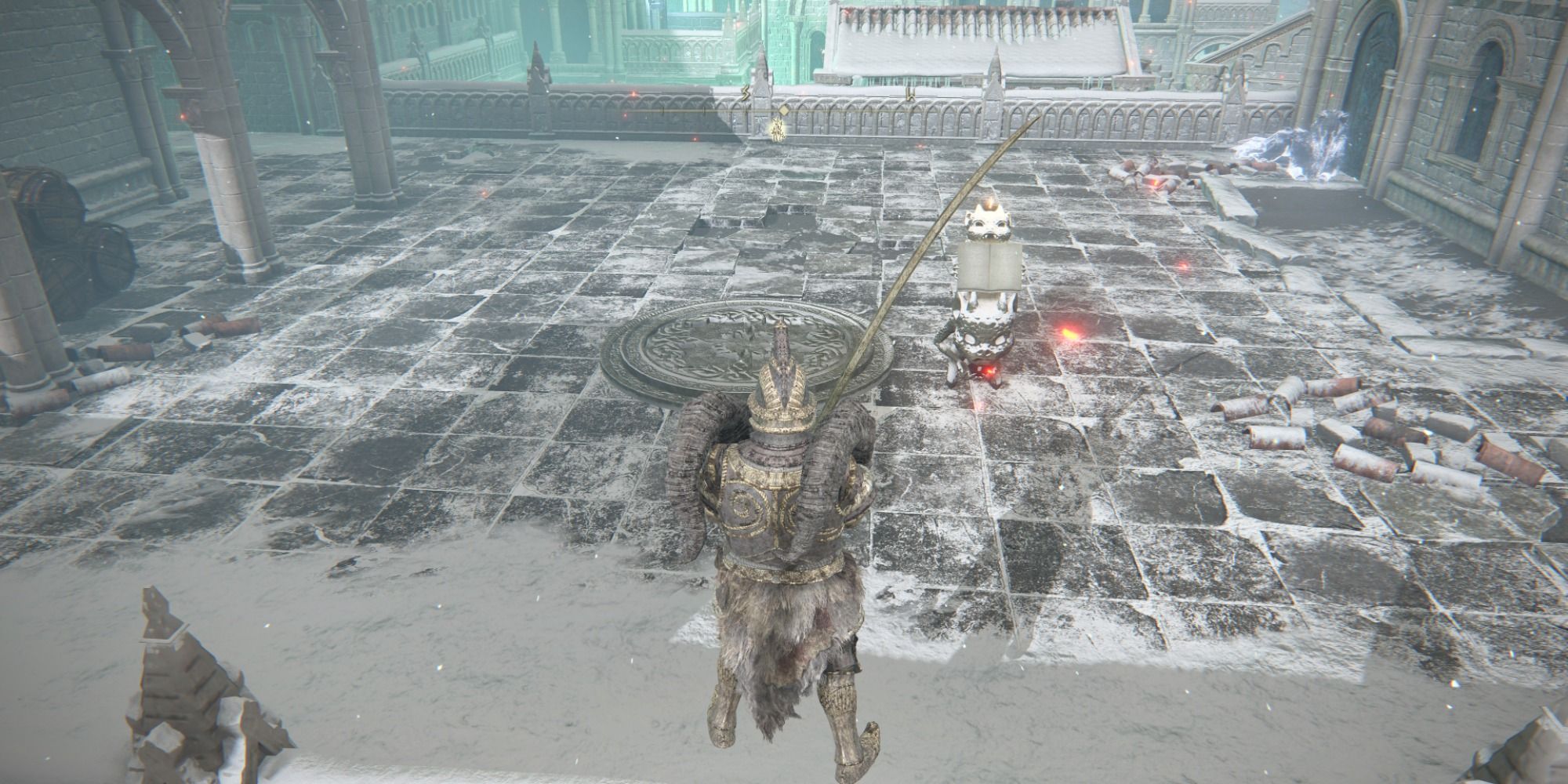 Ordina Liturgical Town is the last barrier between you and Miquella's Haligtree. Unfortunately for you, it is a very complex and rather complicated obstacle, at least at first. You are tasked with lighting four candles found around the town.

The catch? Well, there are many. When in the Evergaol, you lose access to Torrent, and several heavy-hitting enemies strewn about the place. If you stay on the ground for too long, you are in grave danger from the Black Knife Assassins, who can one-shot you in the blink of an eye. Furthermore, reaching elevated areas will spawn in Albinauric Archers, who will rapidly fire a volley of arrows at you, killing you faster than you can even react.

However, there is a light at the end of this tunnel, and that's once you map out your path and find out where the archers spawn, you can take them down from elevated areas without having to worry about the assassins. Additionally, once you light a candle, it will remain lit even if you die, allowing you to focus on the others when you return. There are many ways to approach each candle, but the routes below are the ones we found worked best in our attempt. If one of these methods seems to be giving you trouble, don't be afraid to try a different approach or modifying ours to fit your playstyle. 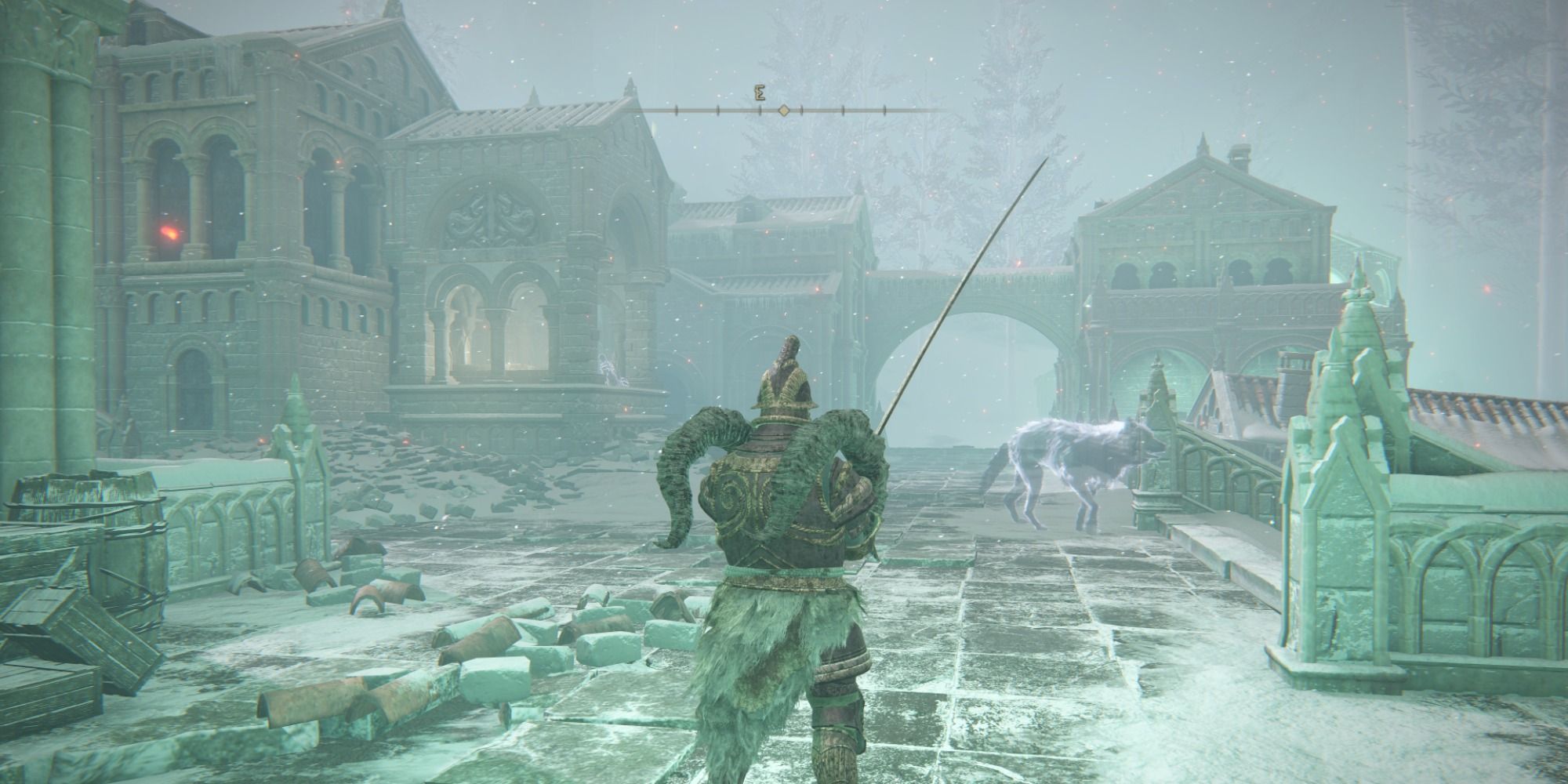 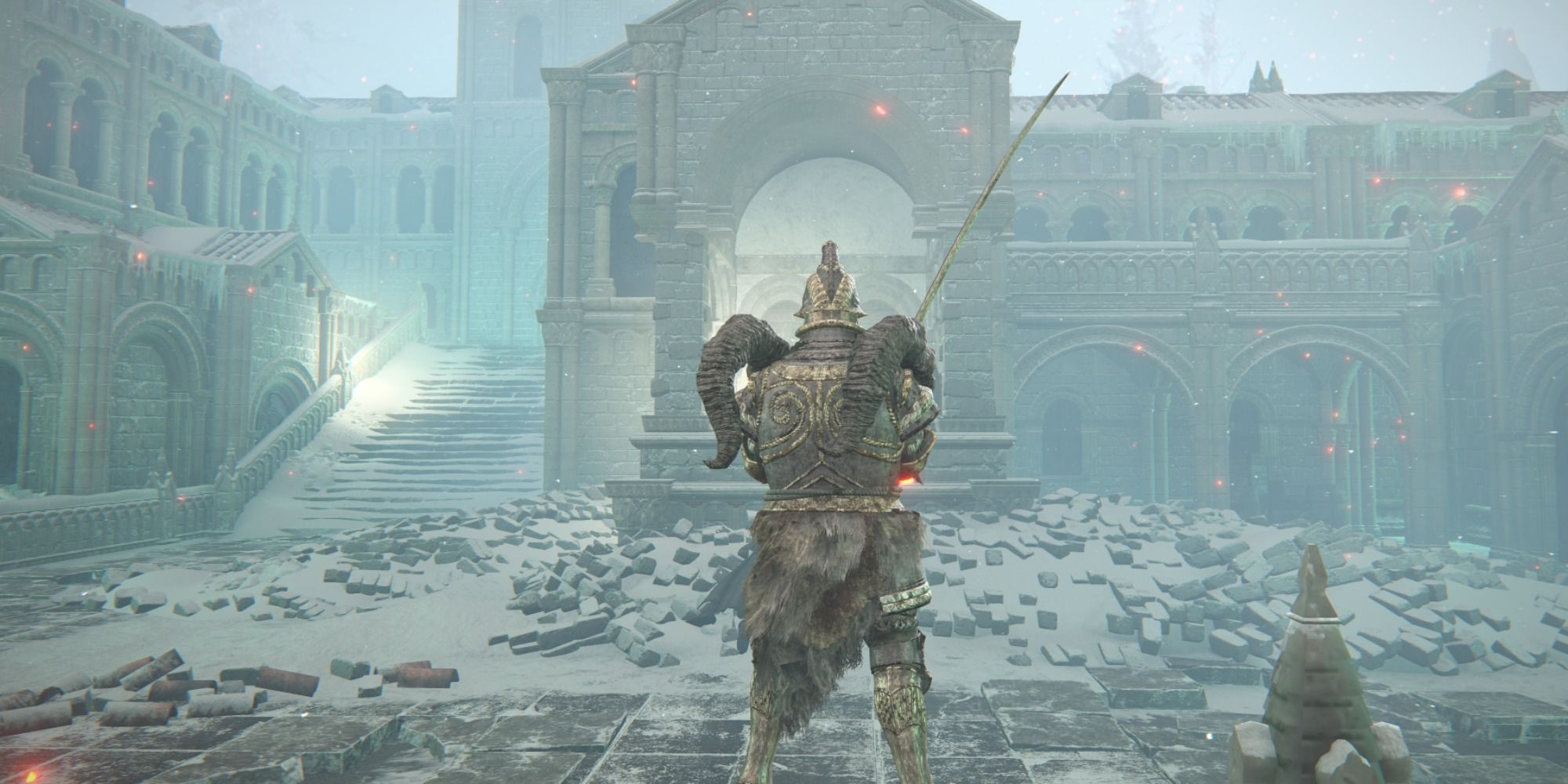 The first candle is found in the town's central square. Head straight from the Evergaol and leap over the balcony. From there, continue to head forward until you see a large staircase to your right. However, turn left and run opposite the stairs until you see the candle on the left. Light the candle to have 1/4 of the puzzle solved! – However, be aware that you will get heavily pursued by Black Knife Assassins here and have a strong likelihood of getting stabbed in the back. Nonetheless, if you can at least light this candle, you will never have to worry about it ever again. 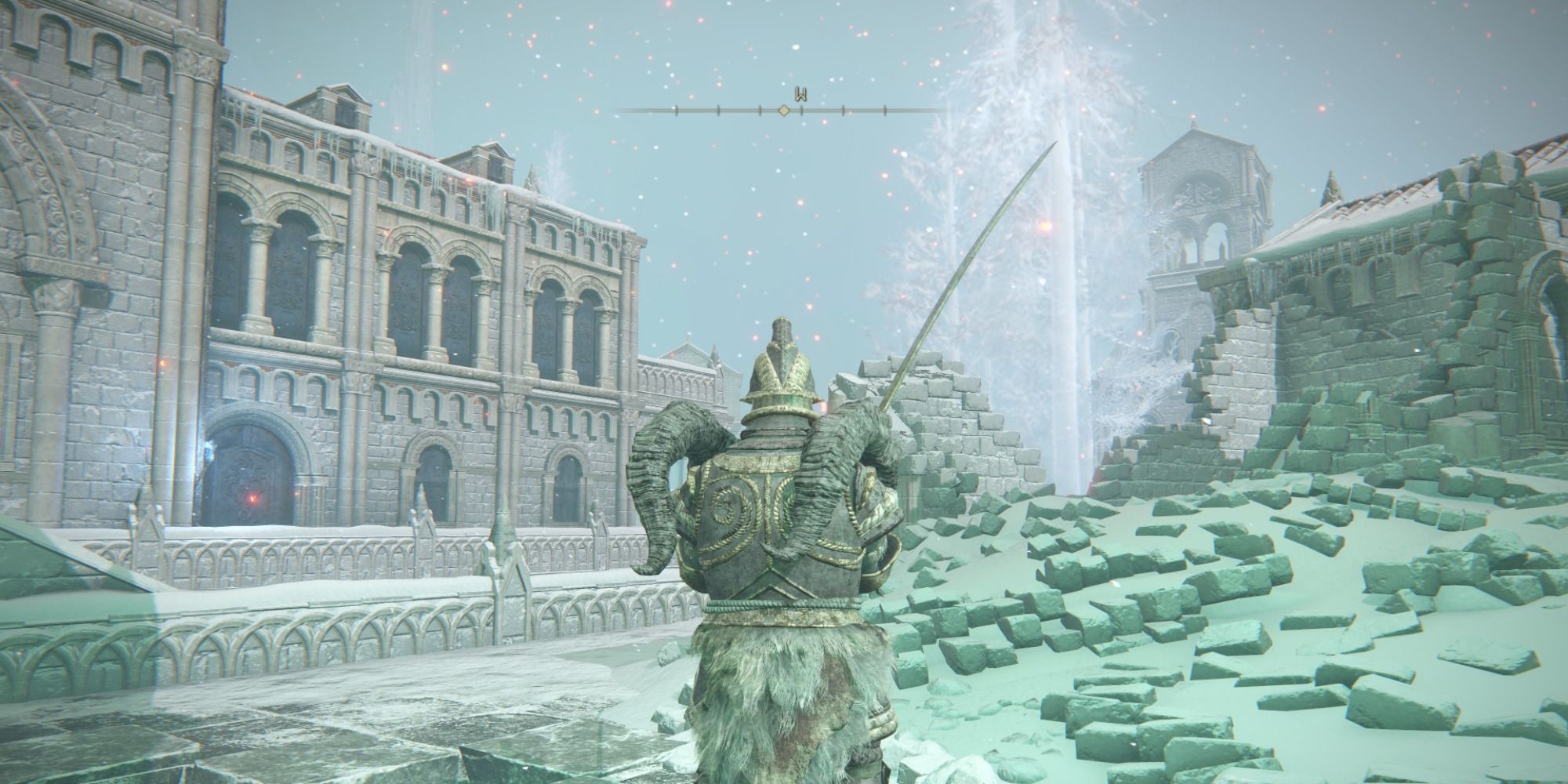 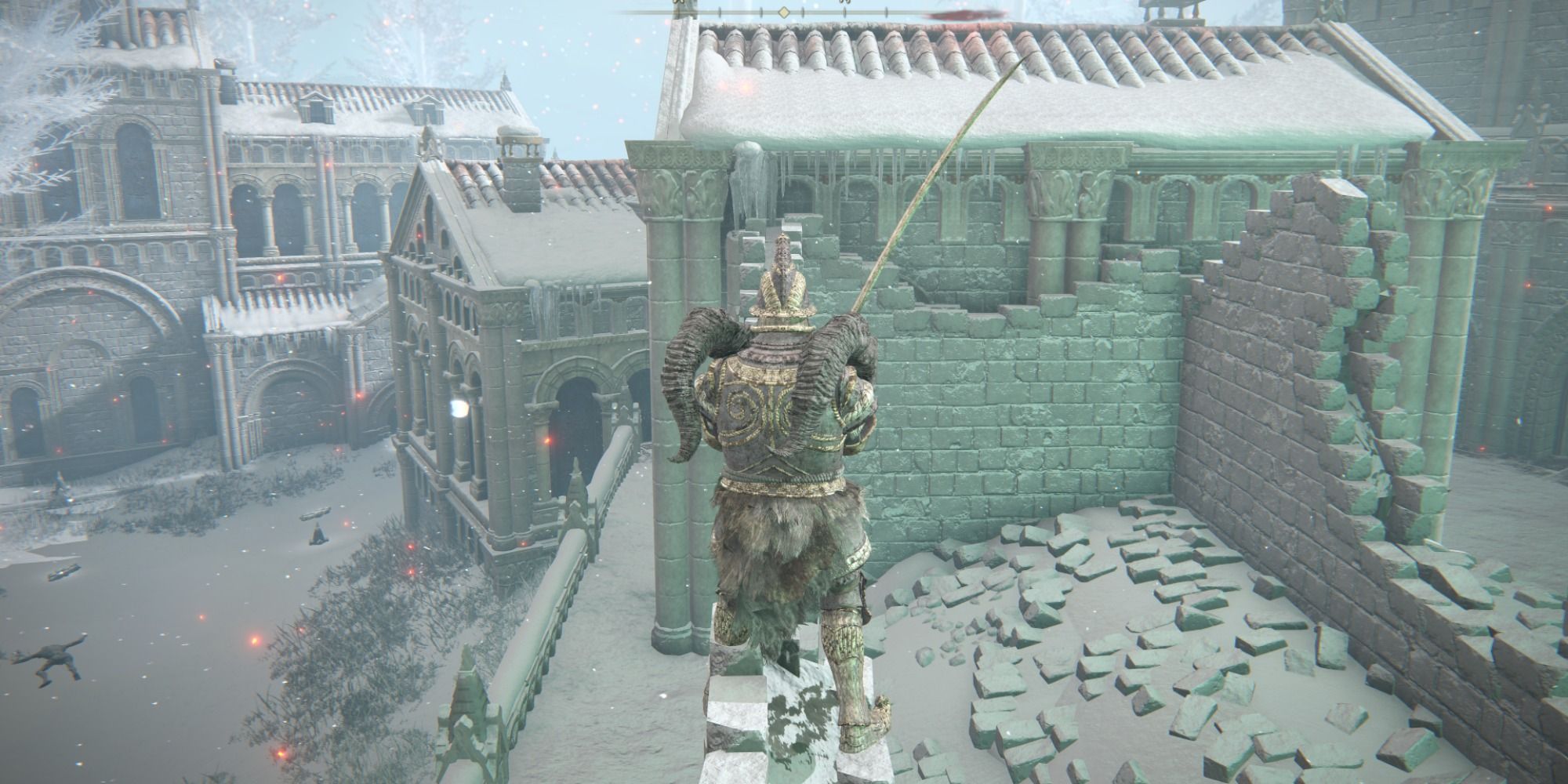 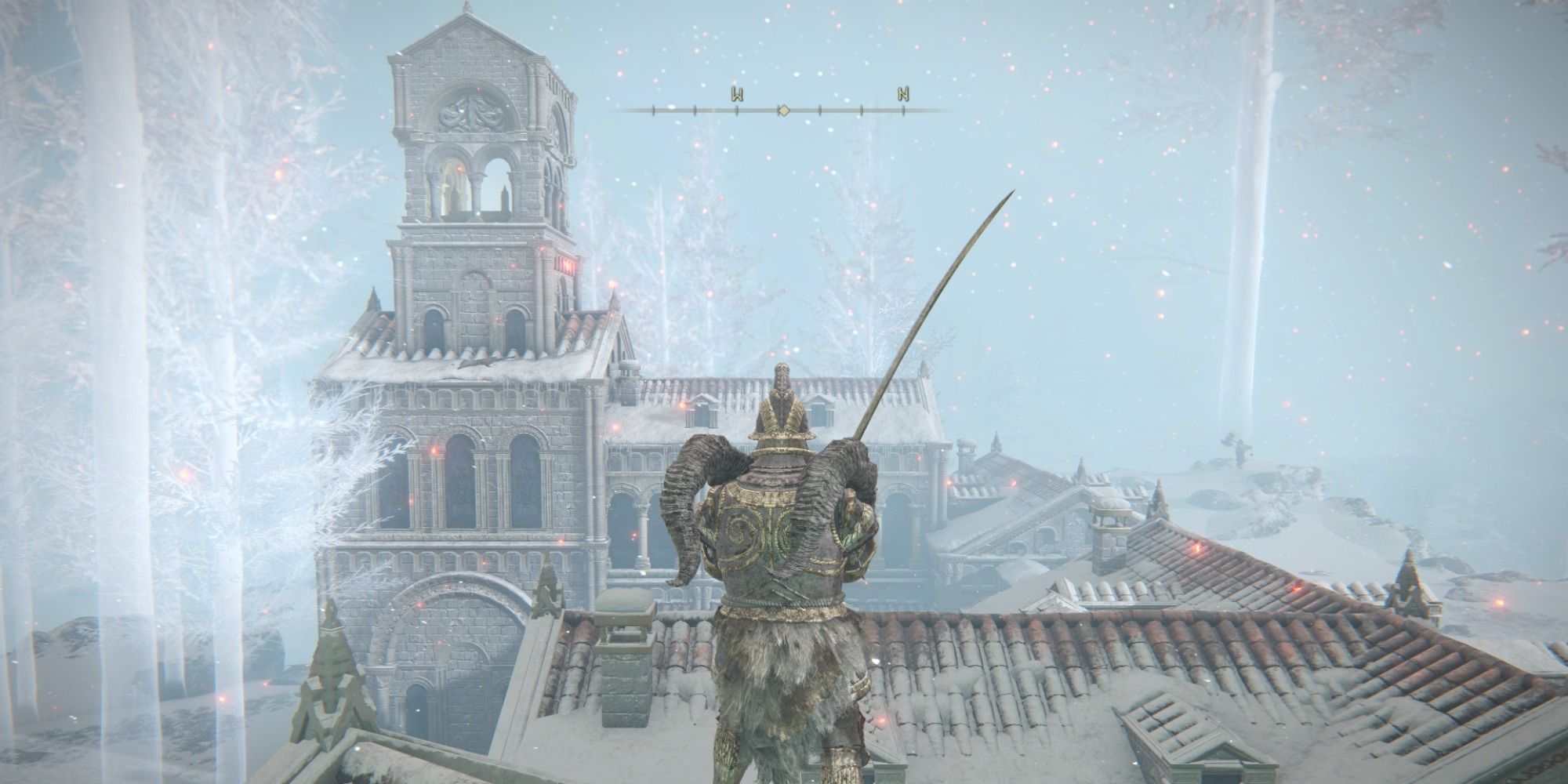 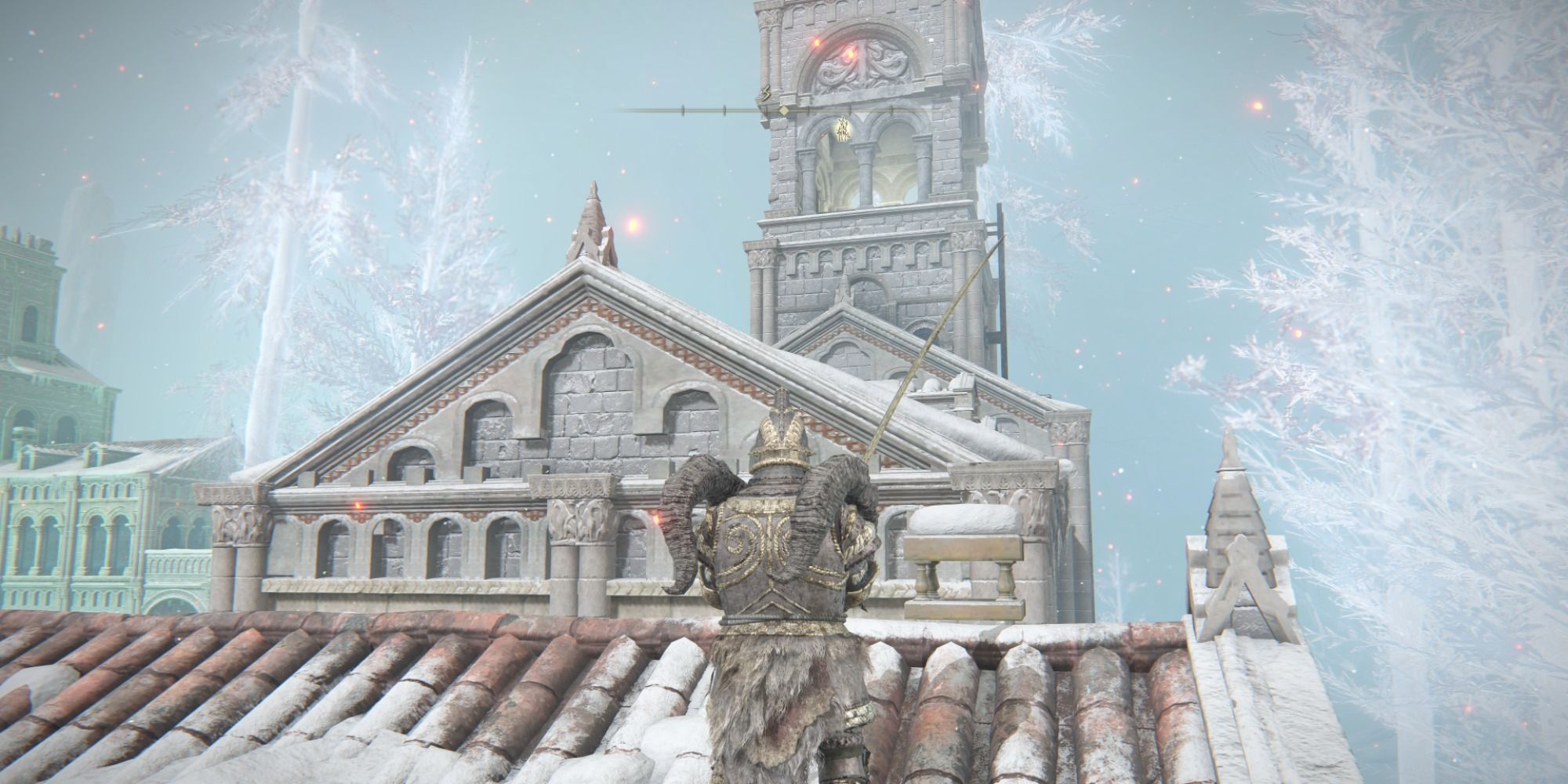 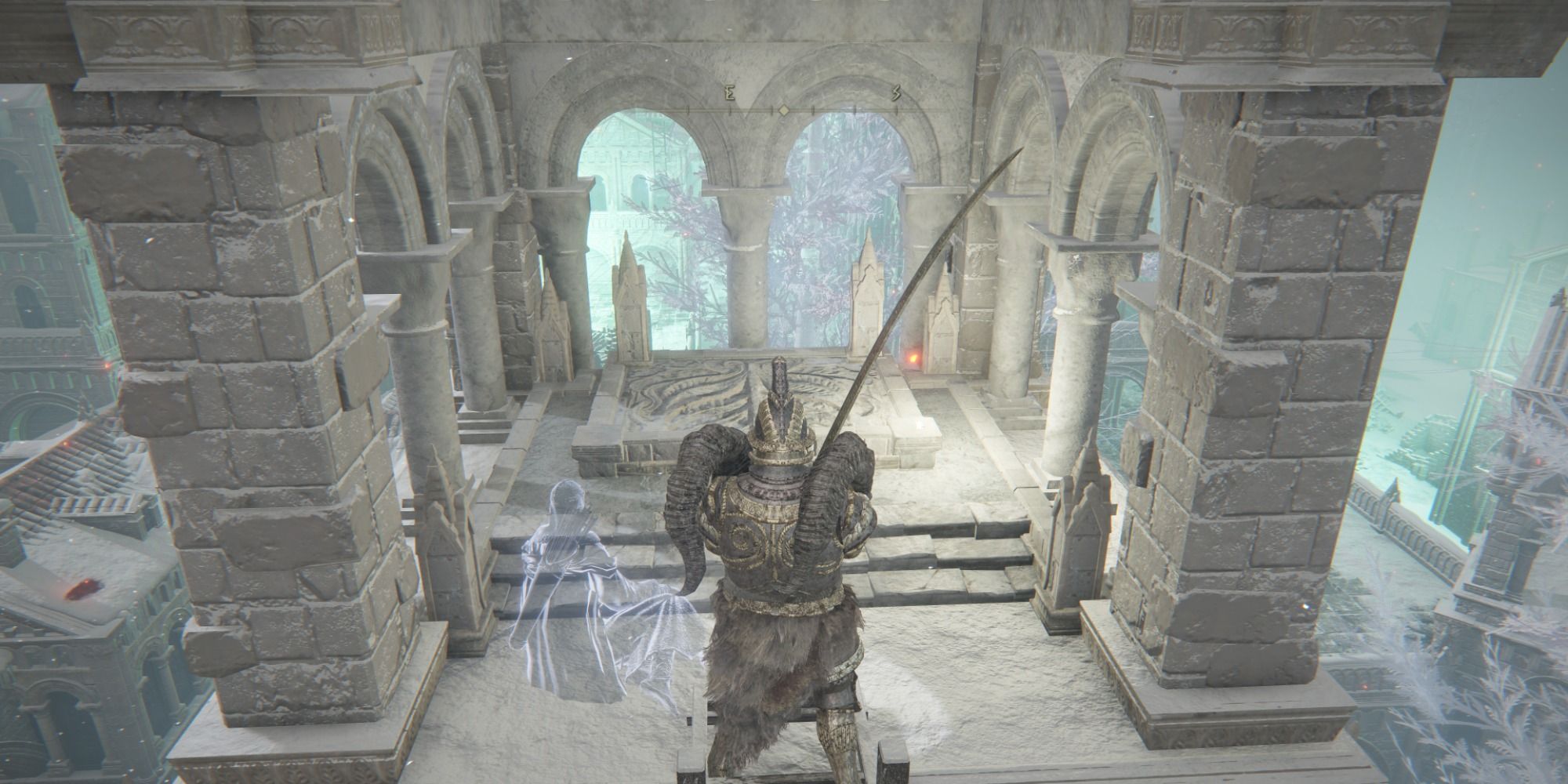 From the Evergaol, jump back over the balcony and make your way back to the staircase. However, just before you reach the stairs, look right to find a destroyed house with a torn-down wall. There will be sections of the wall you can use as a makeshift staircase and hop your way to the top of a nearby roof. Do this, but prepare yourself you take on an archer on the rooftop. Once the archer is taken care of, survey the area for more archers, and take them out if you have a ranged weapon. From there, turn around and face the tower positioned in the western part of the town. Jump across the rooftops until you reach a house with a chimney. Jump onto the chimney, then onto another house, then repeat the same process until you reach the tower. Climb the series of ladders, then light the candle at the top. 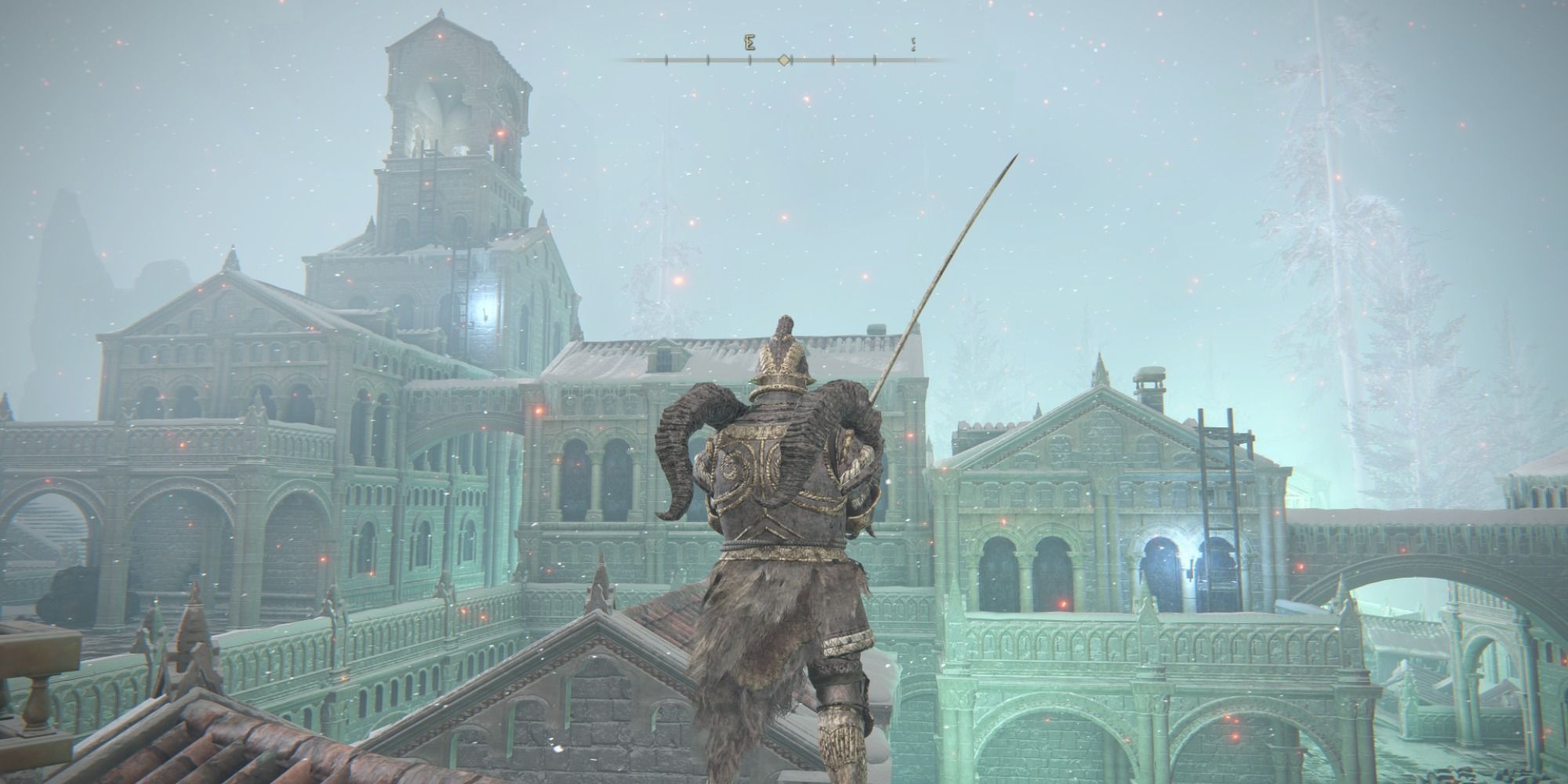 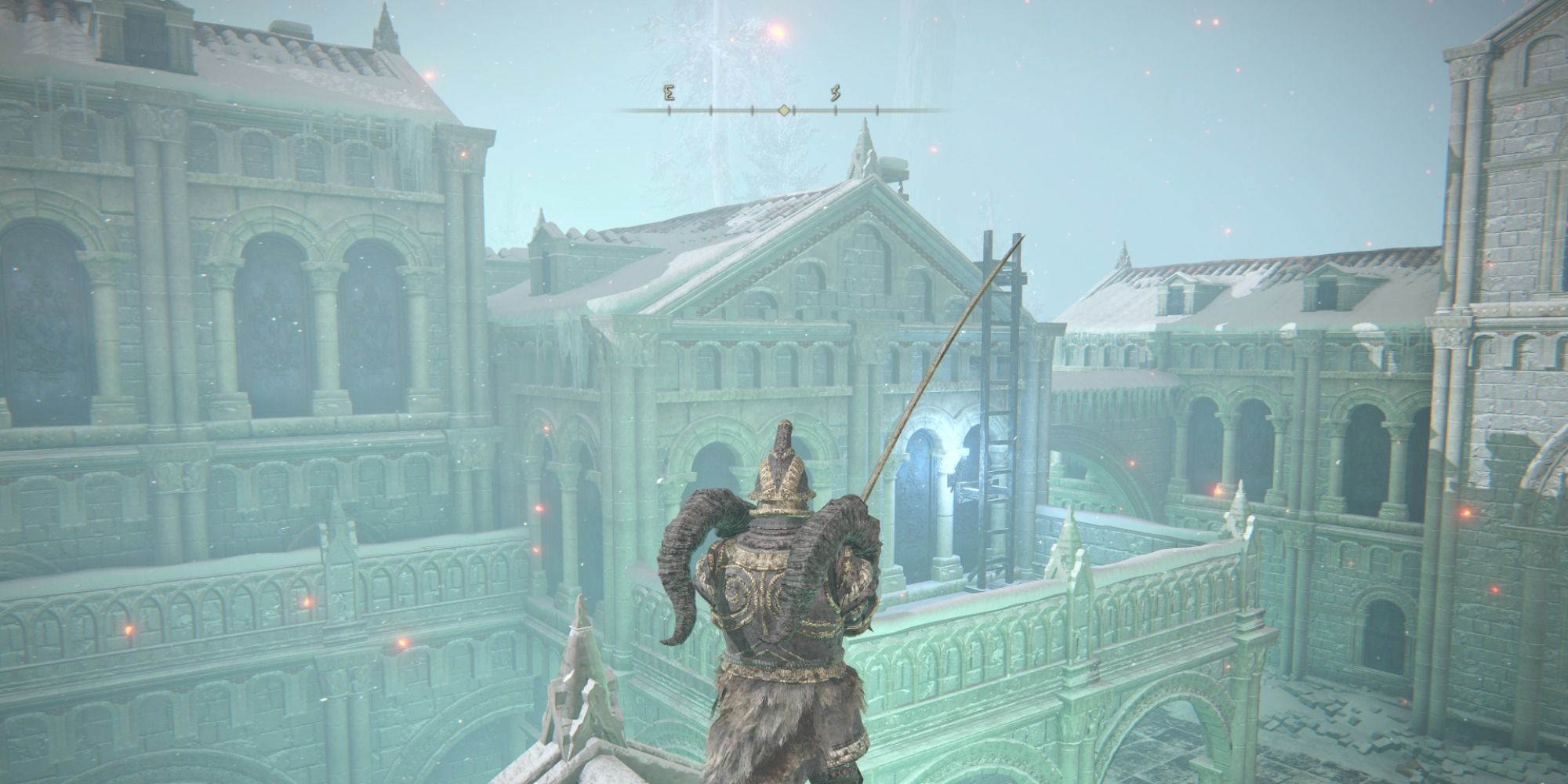 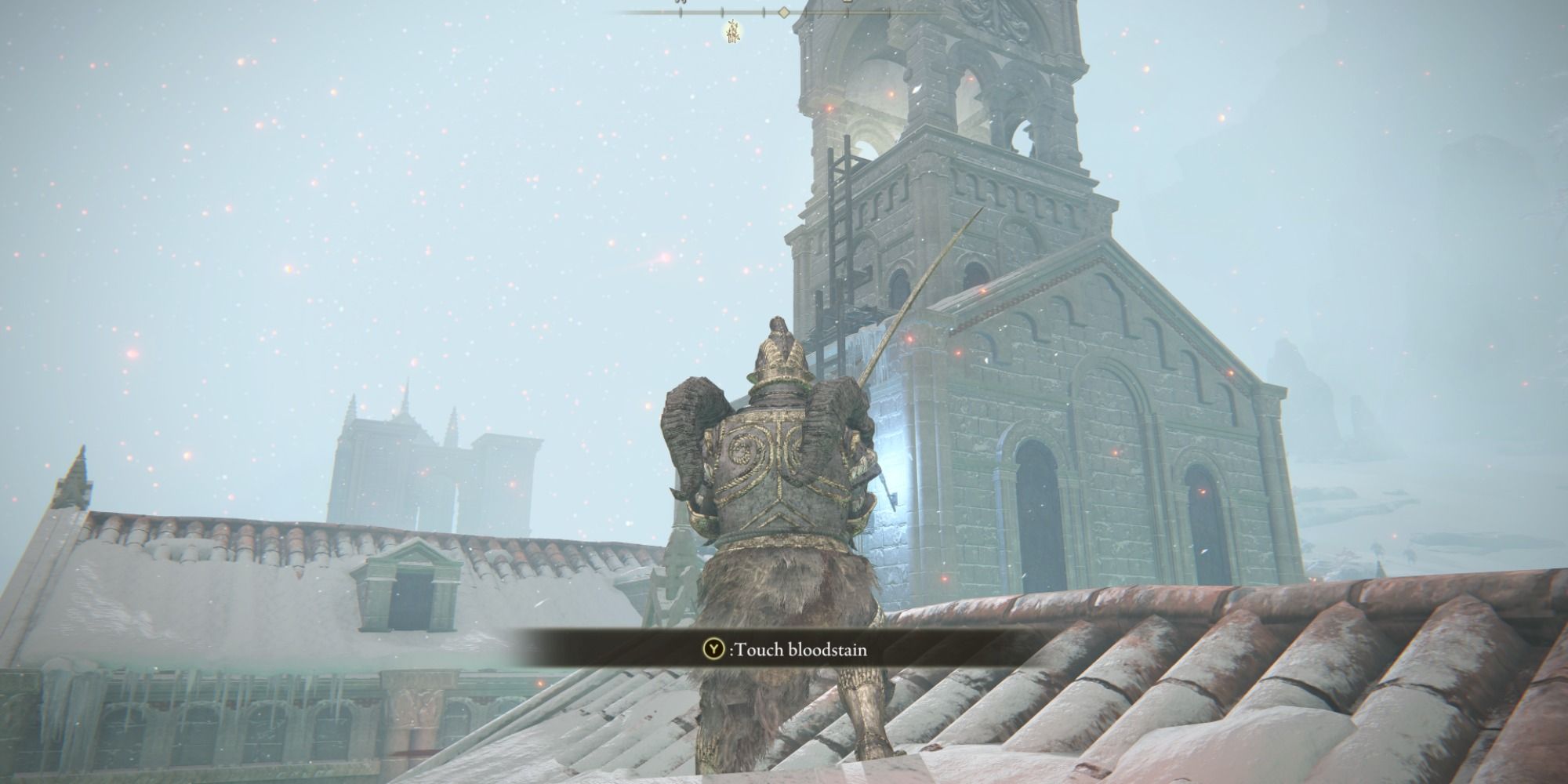 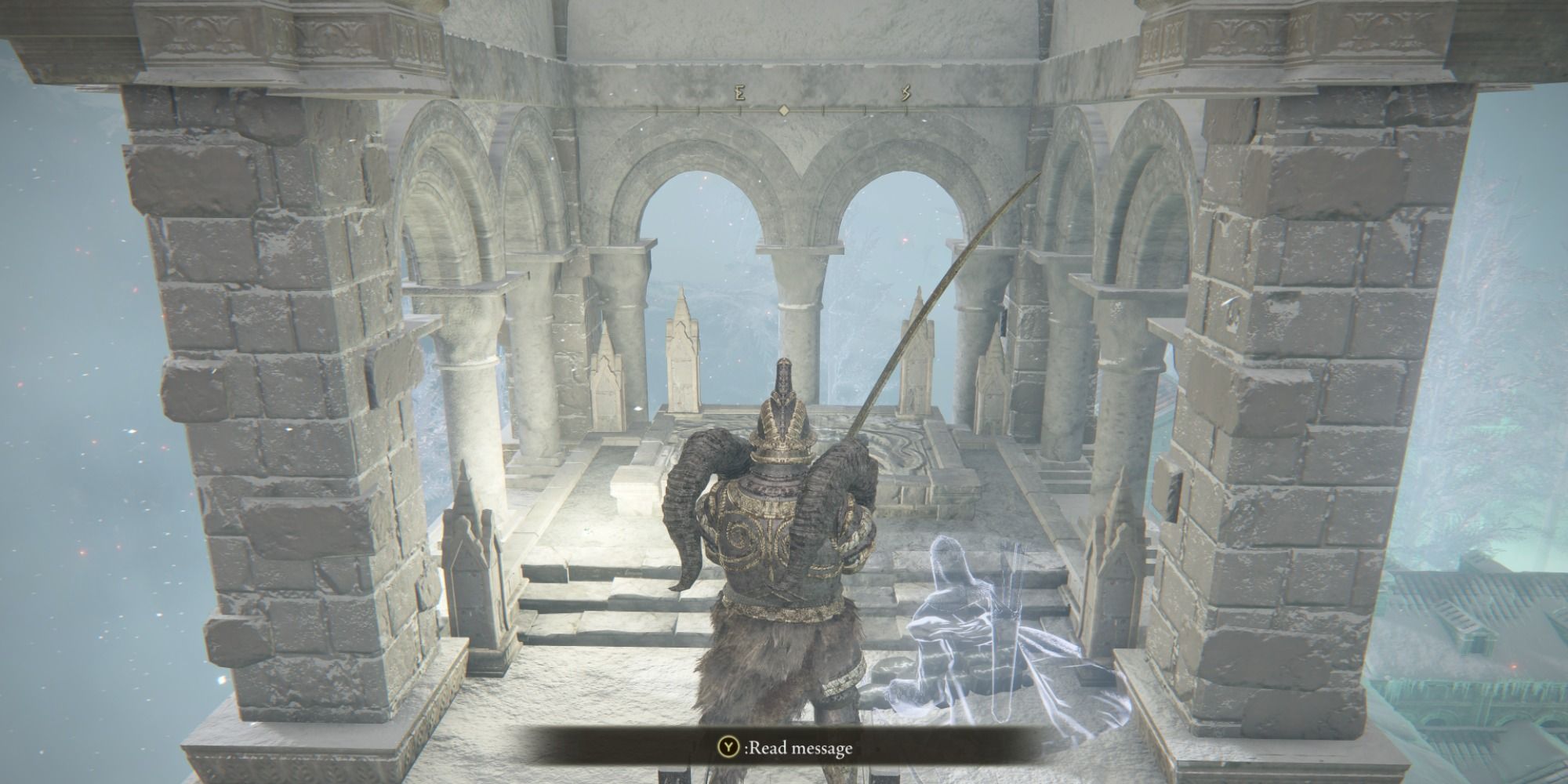 After lighting the second candle, climb down the series of ladders and back onto the rooftops and look eastward to find another tower. Make your way across the rooftops until you return to the house near the destroyed building. From there, make a jump from the roof, over a railing, and into a balcony containing a ladder. Climb the ladder and then look left, perform a running jump to make your way onto the elevated rooftop. Next, climb another series of ladders to reach and light the third candle. – There will likely be one or two archers on your way here, so be prepared to either dodge their shots until you can close the gap or take them out with ranged attacks. 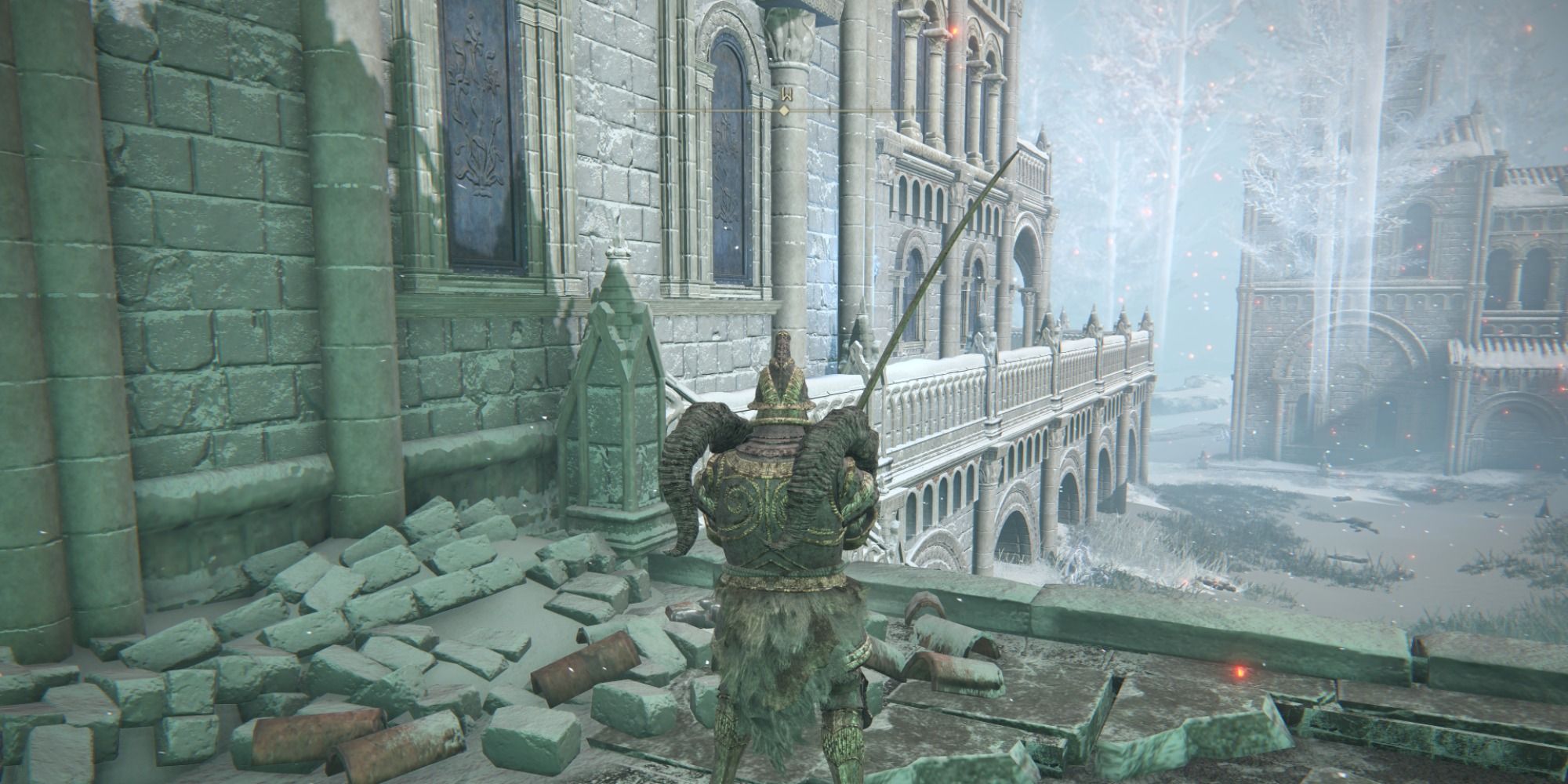 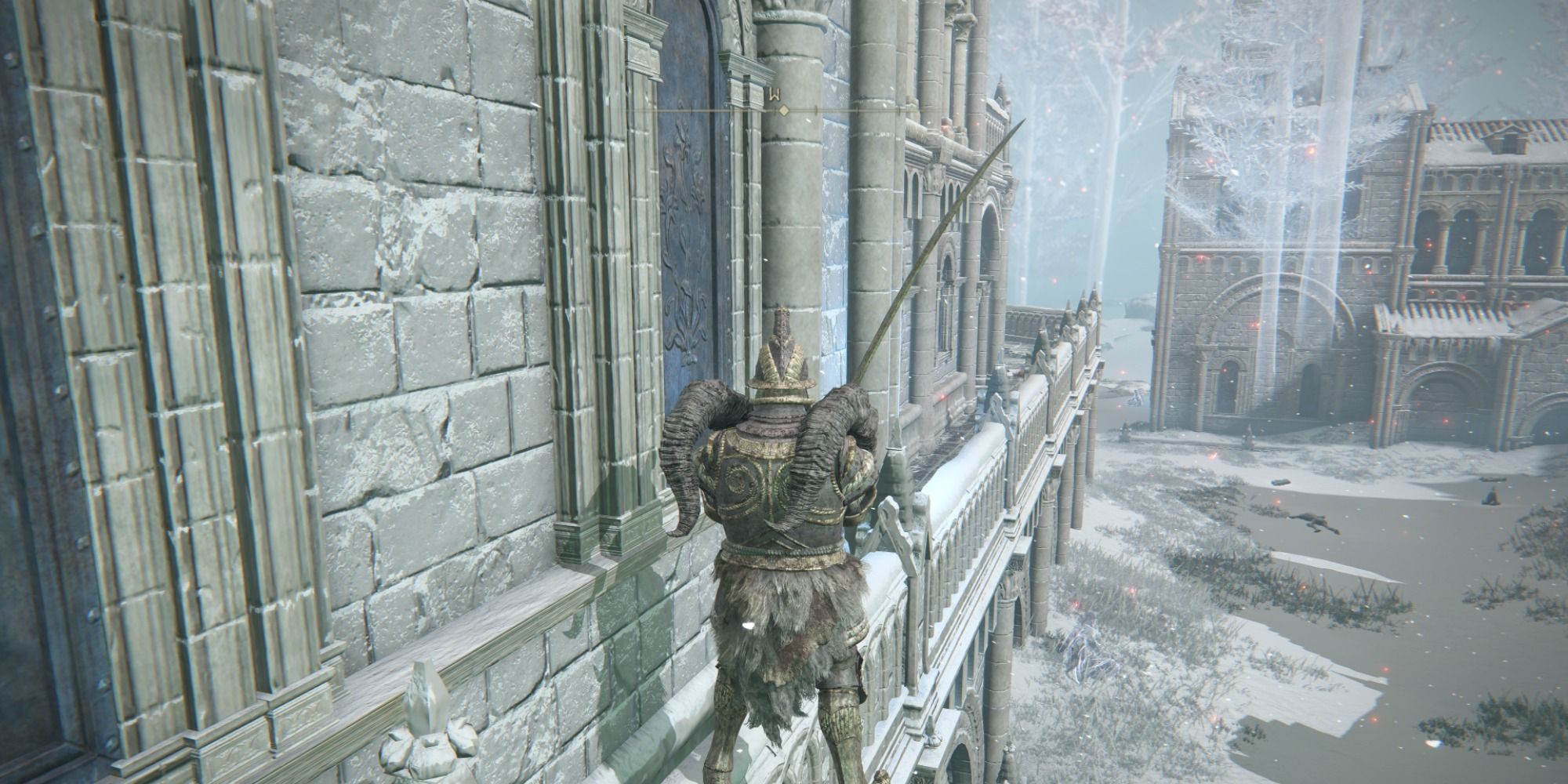 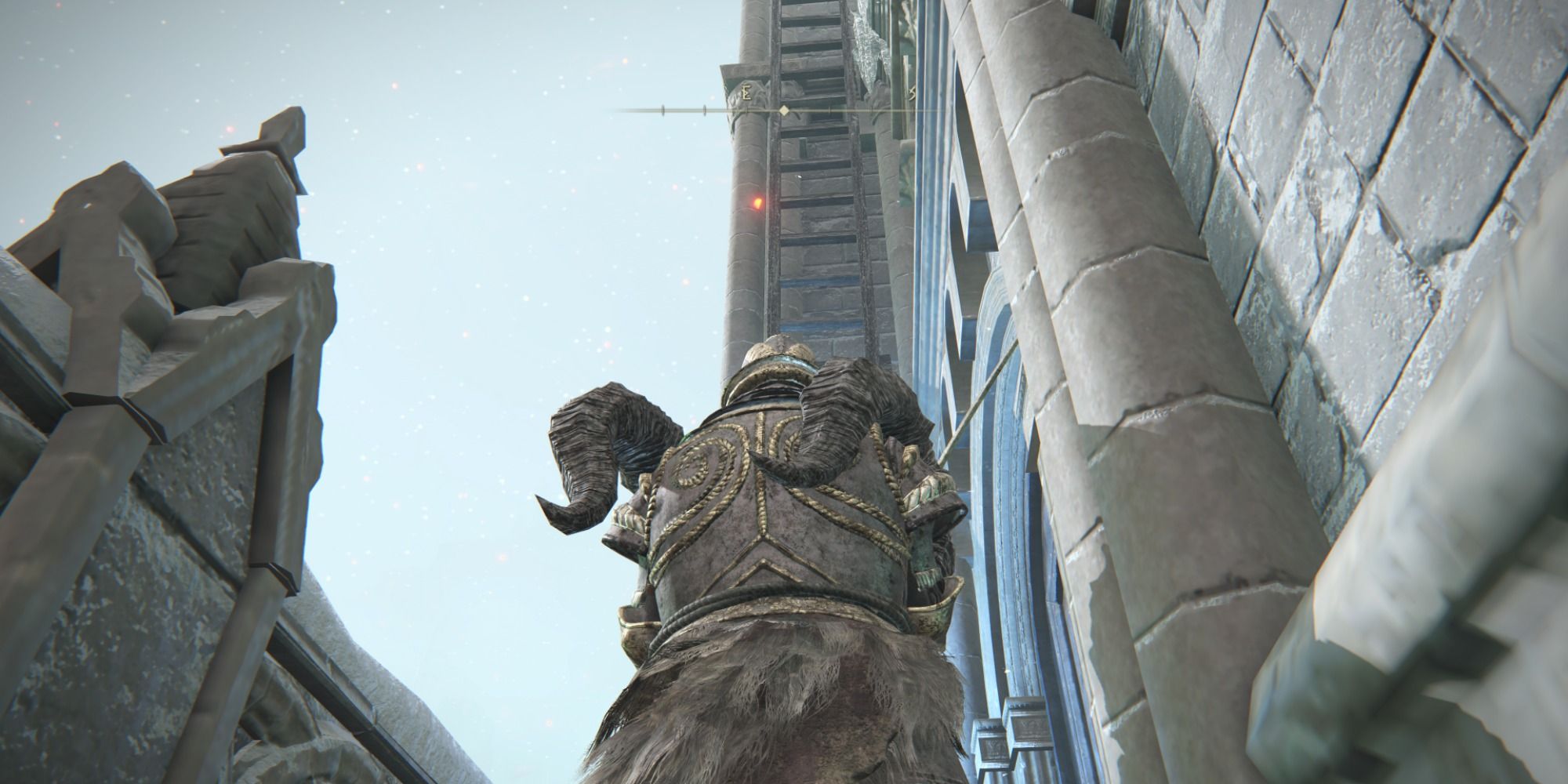 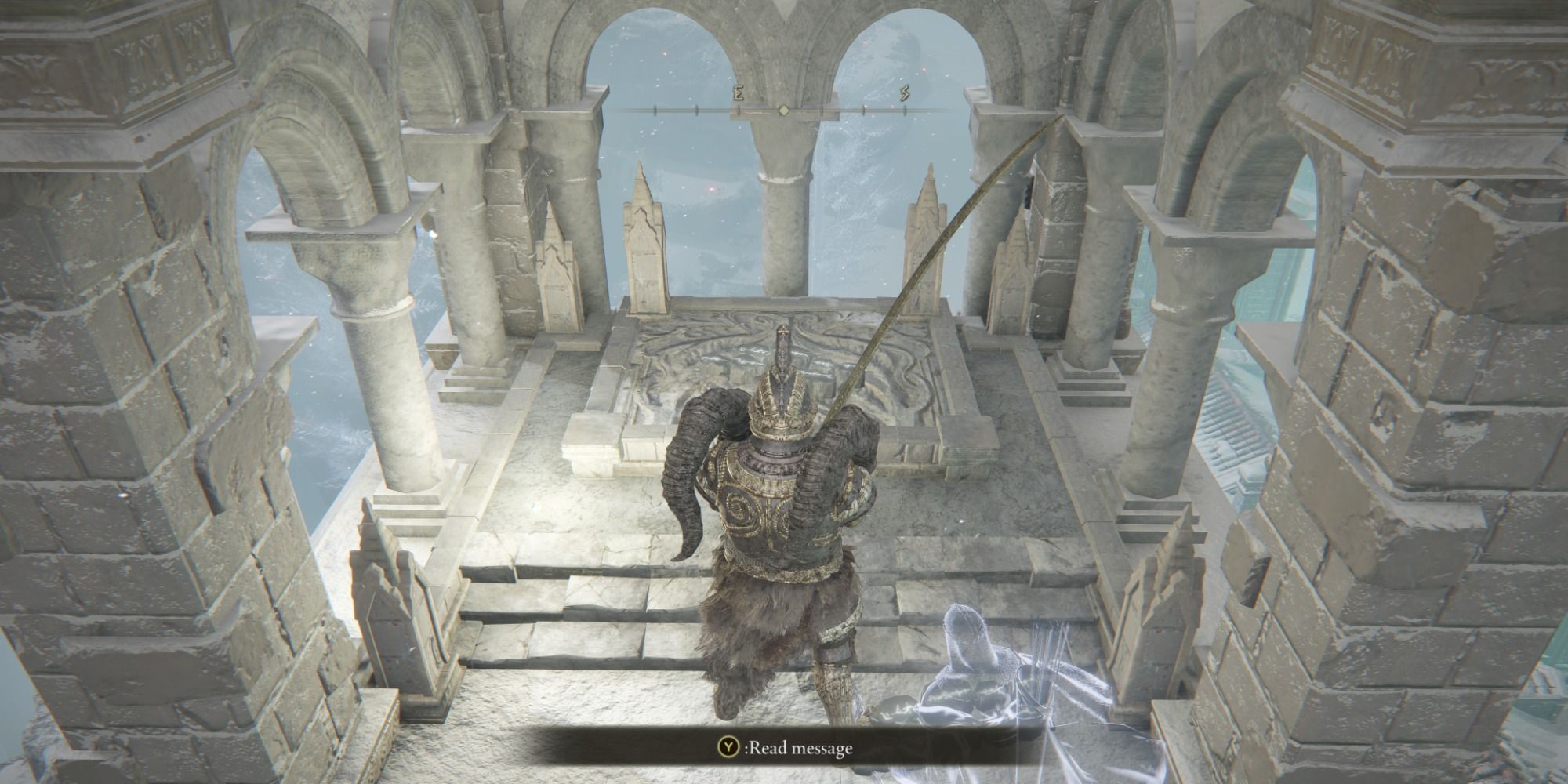 The fourth and final candle can be found by heading to the central square of Ordina, Liturgical Town, and going to the sizable descending staircase. Make your way towards the stairs, but look towards the left to see a railing. Jump onto the railing and then over the balcony to find an extremely long ladder leading up the building. Climb the ladder, then another to find the last candle. Please note that this should not be attempted if the archers in the area have yet to be dealt with, as they will knock you off and likely kill you. This is why we recommend doing this one last after you have ample time to deal with them. 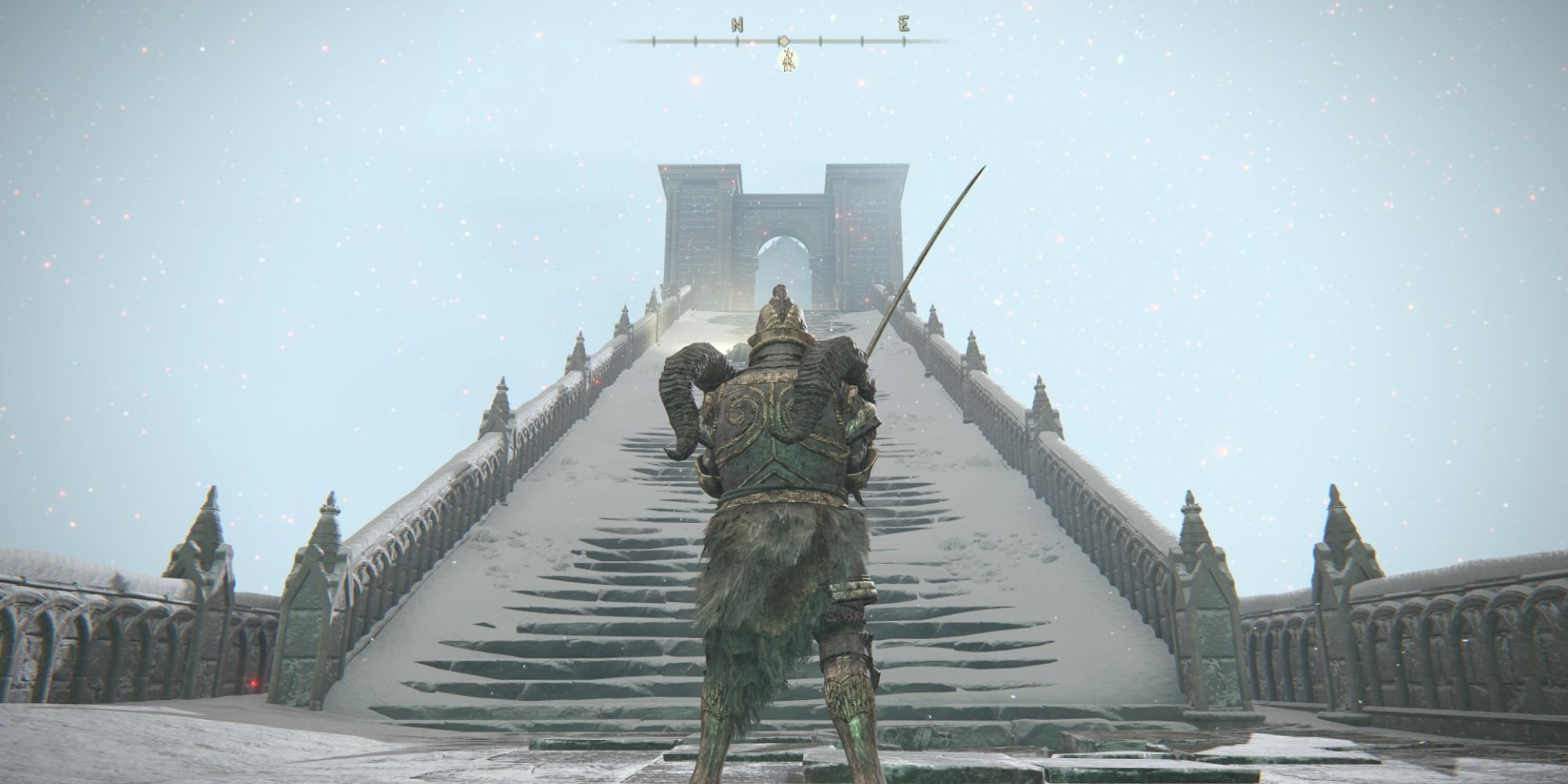 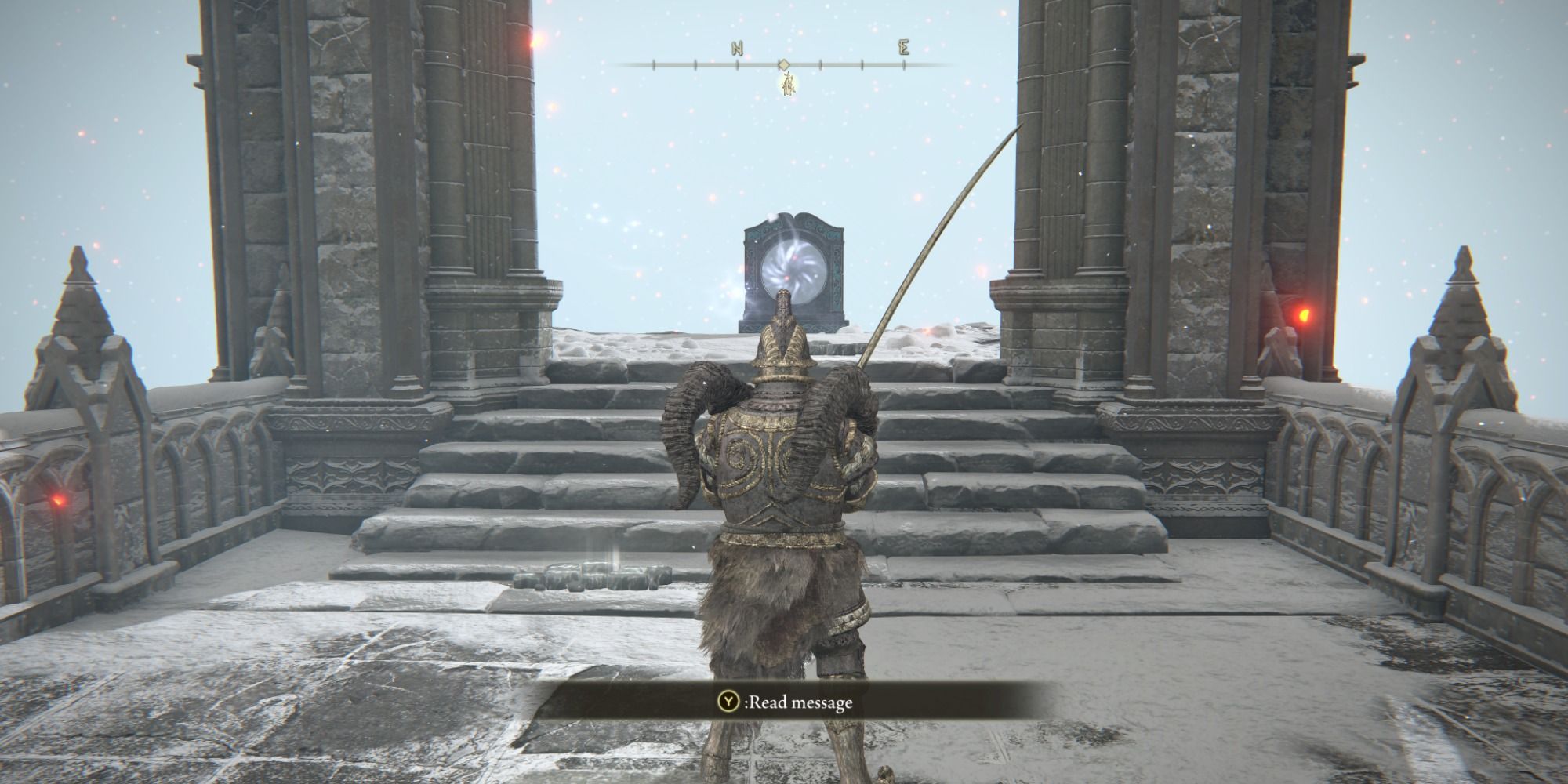 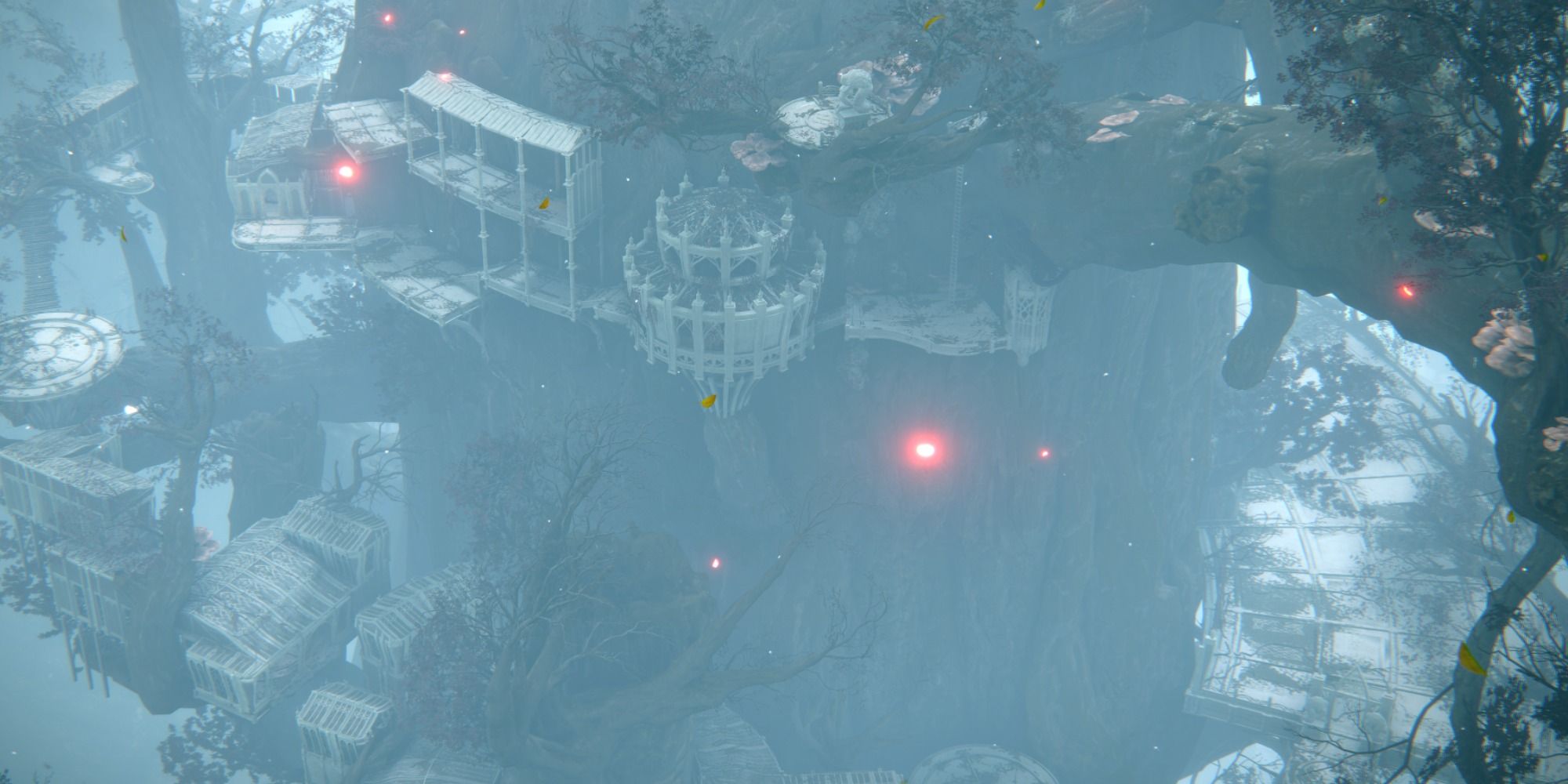 After you light all four candles while inside the Evergaol, a message will display saying "A Seal Has Been Broken" before promptly kicking you out of the Evergaol. Once back, face away from the Evergaol and look towards the east to see an enormous ascending staircase. Follow the stairs up to find the teleporter that takes you to Miquella's Haligtree!

Related posts:
03/15/2022 News Comments Off on Elden Ring: How To Reach Miquella’s Haligtree
Hot News
citalopram pizotifen
10 Best Co-op Games On The DS & 3DS
The Biggest Gaming News For May 18, 2022
League Of Legends: Everything You Need To Know About Challenges
How optimized object recognition is advancing tiny edge devices
Recent Posts