Kingdom Hearts 3 received a mixed reception at launch, to put it mildly. The list of complaints is pretty long; its worlds are too empty, its combat is too simple, its story is convoluted… I could go on, but I’m sure there are five-hour long video essays out there that have said it for me.

I’ve tried, ferociously, to argue against these points, but it’s been a tough battle. An easy point for me to make is that it has two of the best worlds in the whole series: Toy Box and Monstropolis. If Kingdom Hearts 4 takes anything from the third game, it has to be the effort that was put into making these worlds special. 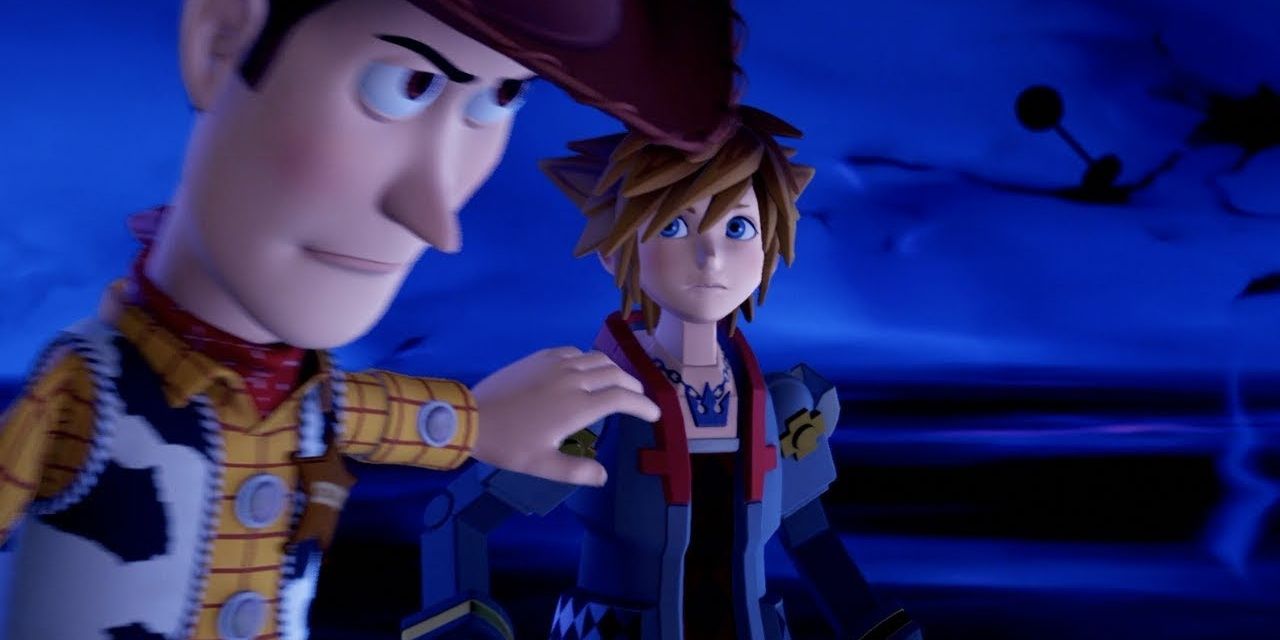 Before you prepare yourself to fall in love with Kingdom Hearts 3 all over again, I previously wrote about what makes a bad Kingdom Hearts world, or specifically what makes Arendelle so awful. Reading that will give you the perfect idea of how wrong it can go, and help you appreciate these two worlds all the more.

As is often the case with Kingdom Hearts, story is a big factor here. Both Toy Box and Monstropolis tell original tales that are set outside of the films they’re based on, giving the team freedom to go a little weird and wild with the characters and plot, rather than hastily trying to retell a story while somehow leaving out the main villain like Arendelle. I’ll stop ragging on it eventually.

If the worlds were based on the original Monsters Inc. or Toy Story movies, we’d probably not get Woody telling Xehanort no one loves him or Sully yeeting Vanitas through a door. They’re not the most gripping plots ever, and lean a bit hard into Kingdom Hearts weirdness, but they’re original and make the worlds feel more memorable. It’s better to do something new than redo something poorly.

Both worlds also take extra care to make sure they’re based on the films themselves, not the merch or the hype, with loving recreations of Andy’s room and the Scare Floor among others. Not only that, but the team went the extra mile and came up with original areas within these worlds that we get to explore for the first time. Monstropolis lets us dive deeper into the factory and outside areas, while Toy Box gives us a huge toy story to mess around in that feels right out of Toy Story 2. Wait, it really should have just been Al’s Toy Barn, shouldn’t it? 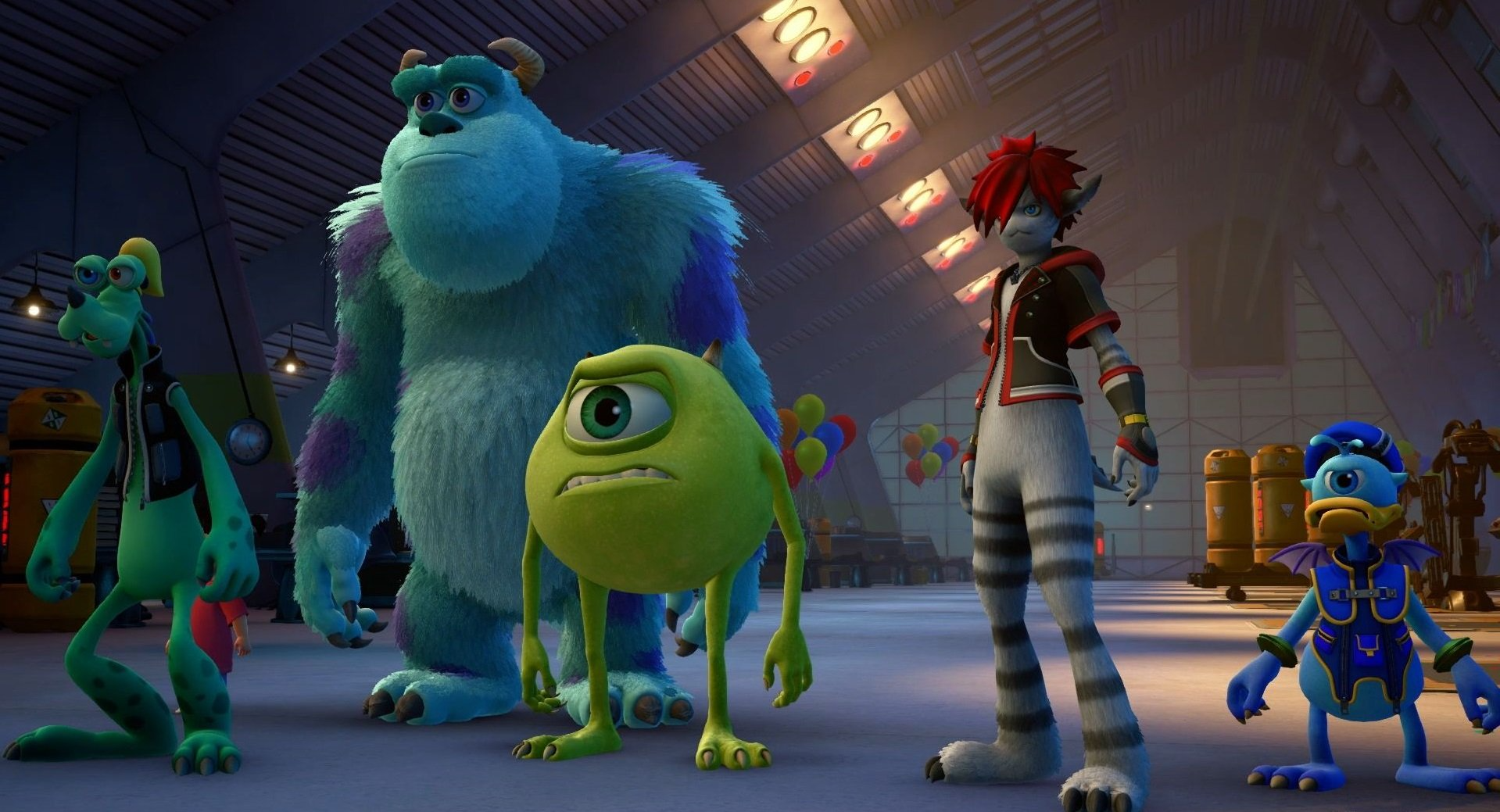 The fact that the toy shop found in Kingdom Hearts 3 could so easily have been Al’s Toy Barn is absolutely a plus and is indicative of how well the team has managed to fit itself into the world of Toy Story. The same is true of Monstropolis, even if it’s just expanding upon something we’ve already seen before. That’s still going the extra mile than if Square had just recreated a few areas from the film and called it a day.

Although Monstropolis doesn’t quite have as many unique gameplay ideas as it could, besides the fact that there’s a lot more rail sliding than anywhere else in the game, Toy Box goes all out and features mini Titanfall sections that let Sora jump inside mechs and go to town on any enemies nearby. Sure, fighting them on Critical is like pulling teeth, but they’re memorable and give the world a unique twist.

All of these ingredients combine to make two of the most memorable worlds in the whole of Kingdom Hearts, or at least two that have had the most time and effort put into them. Looking into the future, we need Kingdom Hearts 4 to follow these examples and really go big with these worlds and give them the proper effort they deserve. Give us more lovingly recreated worlds, unique stories that could only be told in Kingdom Hearts, and gameplay features that make them stand out.

Related posts:
05/08/2022 News Comments Off on Every World In Kingdom Hearts 4 Should Be As Good As Toy Box And Monstropolis
Hot News
Would Better Call Saul Be Even Better If It Wasn’t A Prequel?
Please Don’t Reduce Ultra Beasts To Just Another Raid Boss
Players Discuss Best Nintendo Switch Games To Play For 5 Minutes
MultiVersus Has Unique Voice Lines For Birthdays, Holidays, And The Time Of Day
Introducing Video Gameography Season Six: Devil May Cry Series
Recent Posts