Facebook has unveiled a free-to-play cloud gaming service, which will let Facebook users immediately play and share high-quality games. The service is part of Facebook Gaming and it is in a beta test now for a limited number of users.

The move takes Facebook deeper into the distribution of games, in addition to Instant Games which people can play via its messaging service and newsfeed. The cloud-gaming service will launch with just five games. And if that seems like a timid way for a tech giant to expand its presence in games, that wouldn’t be a bad assessment. But the service already has 200,000 users, which is more than what most challengers to the traditional game platforms can reach, even with their official launches.

“We’re not trying to stream games, and we’re not trying to compete with consoles and mobile devices,” Rubin said. “We’re trying to be part of the ecosystem. We’re letting people play wherever they want. We’re really excited to get started with a light experience. The install process is a single click.”

Facebook has more than 700 million users who play games out of 2.7 billion monthly active users. The new rollout of the cloud service is a baby step into games, but one that Facebook hopes will help it learn a lot about gaming. Facebook’s Instant Games, which are based on the HTML5 web format, reach around 350 million players now.

At the moment, there are only five games available, four of which can be played in select regions in the U.S. Rubin said he didn’t consider the service to be in its formal launch phase. But he said the company is announcing it now because it is expanding the beta test to more people and it figured the press was going to find out about it soon enough.

The service originated from a deal initiated last year, when Facebook acquired PlayGiga, a cloud gaming startup in Madrid, Spain, for $78 million. PlayGiga started in 2013, developing a gaming-as-a-service platform based on Intel’s Visual Cloud platform. All told, Facebook has been working on this cloud-gaming effort for around 18 months.

“Facebook is about communities, and every year, the time spent in gaming communities keeps growing,” Rubin said. “It’s obvious gaming is becoming a bigger community. Only about half of our gaming users play games on Facebook, and this will help close the gap. There’s a big difference because of the kind of games we offer. People can play more games without ever leaving Facebook.” 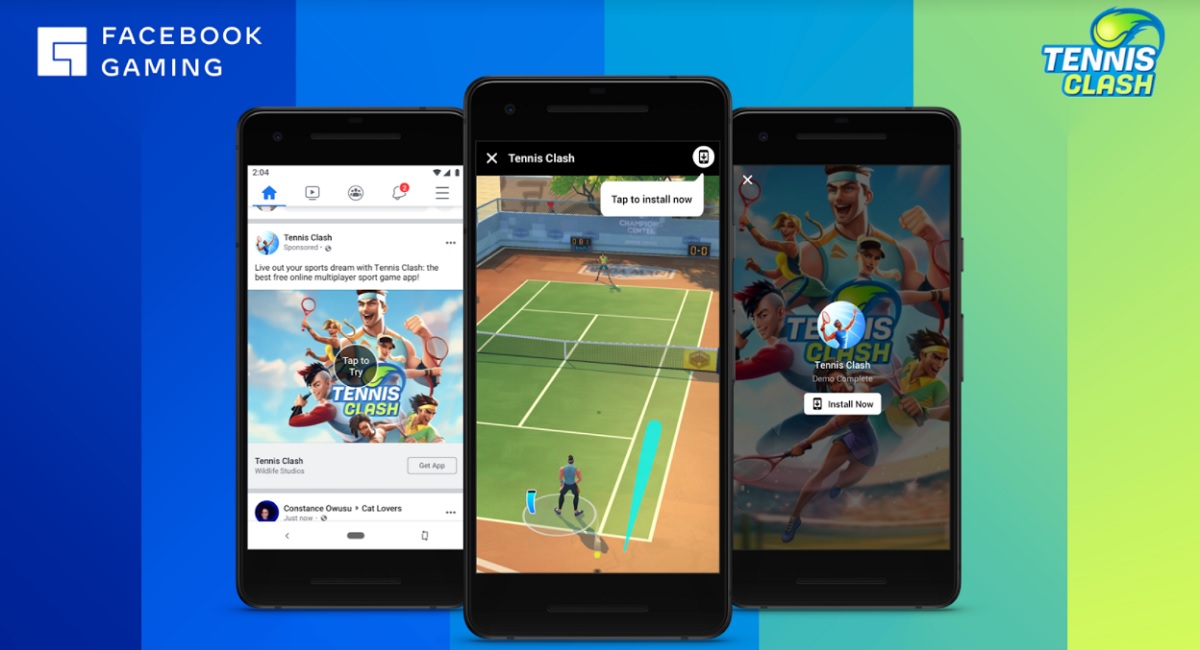 The games like Asphalt 9: Legends exist currently on both Google Play and the App Store but many were not possible to play on Facebook without cloud-streaming tech. I tried out Asphalt 9: Legends on my PC, and it was fine. It loaded instantly and I was playing within seconds. It looked like high-definition quality in a window on my PC. Facebook enables the game to run on a PC by running the Android title in emulation on the cloud gaming service.

“Facebook is dipping a toe in the cloud-streamed gaming pool with this beta,” said Lewis Ward, an analyst at market researcher IDC, in an email to GamesBeat. “A lot more needs to be done before it can be compared to [Microsoft’s] xCloud or [Sony’s] PlayStation Now, etc. Interestingly, Facebook is focused on free-to-play mobile games and will have in-game ads integrated across Android and PC screens out of the gate, and that’s unique.”

He added, “Success will look like getting millions of Americans to try out games offered on the service over the next 12 months and spend money on them and watch ads on them basically in line with how those games are working through the traditional download model. Just doing that would be a solid first year outcome in my book.”

Ward thinks Facebook intends to blend cloud-streamed games seamlessly with Instant Games (based on HTML5 technology) and legacy web games — where people won’t realize what kind of game they are playing.

“Facebook can certainly ramp up distribution through this tech and over time offer games that Instant Games couldn’t,” Ward said. “My understanding is that online multiplayer games will enter the mix before the end of this year, so they could move out of casual and into mid-core games. But that’s a longer-term proposition. I think they’ve been working toward this for years so I don’t think it’s a knee-jerk reaction to recent news relating to Apple or anyone else.”

I also tried out Moonton’s Mobile Legends: Adventure, an idle role-playing game that debuted on mobile. It’s already out on mobile, and it has cartoon graphics and controls that are obviously designed for a smartphone touchscreen. None of the games so far work with controllers, Rubin said. Both of these games are available in expanded regions starting on Monday, both on the desktop and on Android.

Once again, the game was nothing to write home about at a time when Sony and Microsoft are launching their next-generation consoles and cloud-gaming services are available such as Google Stadia, Microsoft Project xCloud, and more. But it does put Facebook into the ballgame of making it easy to access gaming without the friction of having to wait for big downloads, pay for a game, or deal with other barriers, Rubin said.

“We aren’t going out there and competing with anybody,” Rubin said. “We are just offering developers and consumers ways to find each other more efficiently and play. You can do this without ever leaving Facebook.” 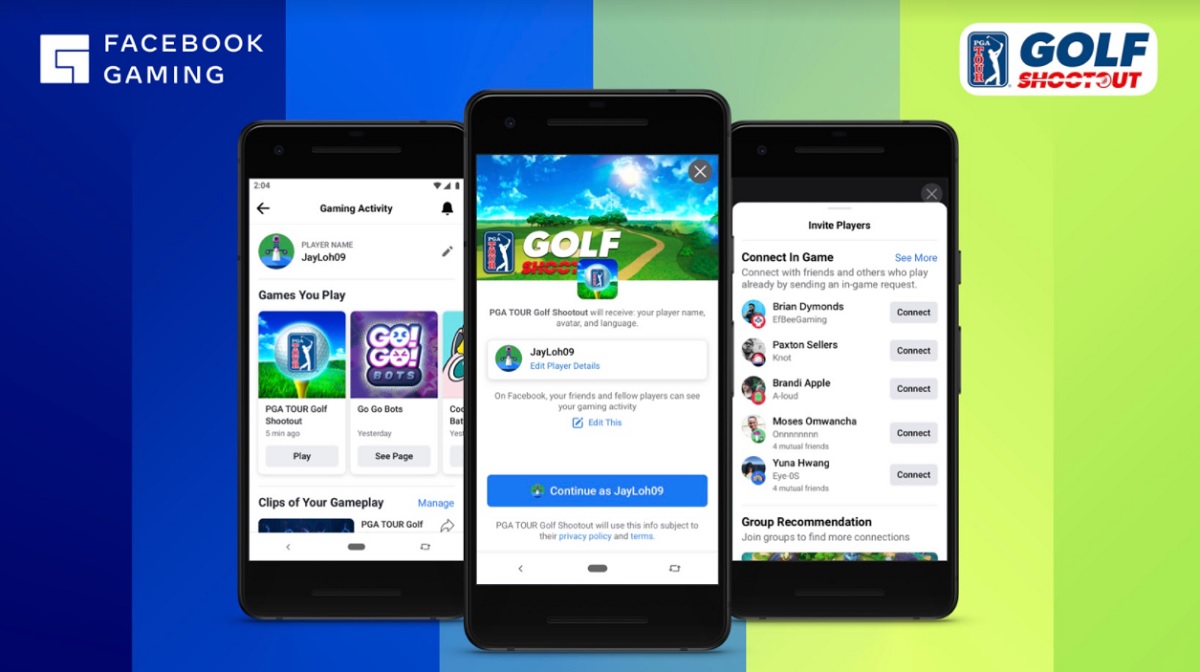 Above: Facebook Gaming is offering cloud-based titles on Android and the PC.

Facebook noted earlier that it isn’t making game distribution available on its Facebook Gaming app on iOS, as Apple has put a number of restrictions in its way on its platform. The games will all be playable on the web with a mouse and keyboard, or on Android with touchscreen devices.

Rubin said Facebook isn’t requiring developers to rewrite their games for specific hardware to get more performance. Rubin said that the service will evolve, but it’s not meant to have exclusive titles or triple-A titles. The vast majority will be simple free-to-play games.

I asked if Rubin wanted to get old classic arcade games on the system, but Rubin said that isn’t a target area for Facebook right now, as most of those weren’t designed as free-to-play titles.

“There aren’t many triple-A games that we are going after because that’s not our market and they require ultra-low latency,” Rubin said. “We are not trying to pitch this as an alternative to anything else.”

Related posts:
10/26/2020 News Comments Off on Facebook unveils free-to-play cloud gaming service
Hot News
Warner Bros. Games and NetherRealm Studios Unveil New Season of Mortal Kombat Esports
Pokemon GO Shiny Snover: How to catch shiny Snover in Holidays 2019 Event?
The Tetris Movie Finds Its Home At Apple TV Plus
Well, At Least You Can Still Play Nier: Automata With Music On Twitch
Rival Peak aims to be a massive game-like reality show with AI characters
Recent Posts
This website uses cookies to improve your user experience and to provide you with advertisements that are relevant to your interests. By continuing to browse the site you are agreeing to our use of cookies.Ok