Fall Guys has begun its second season since the free-to-play relaunch, this time with a space theme. This comes with several changes and additions, including a brand new Season Pass.

This Pass will offer several rewards, including in-game currency and cosmetic items. With 200 different levels and rewards available, there is a lot to know if you wish to make the most of this Season Pass – and we've got you covered.

What Is The Season Pass? 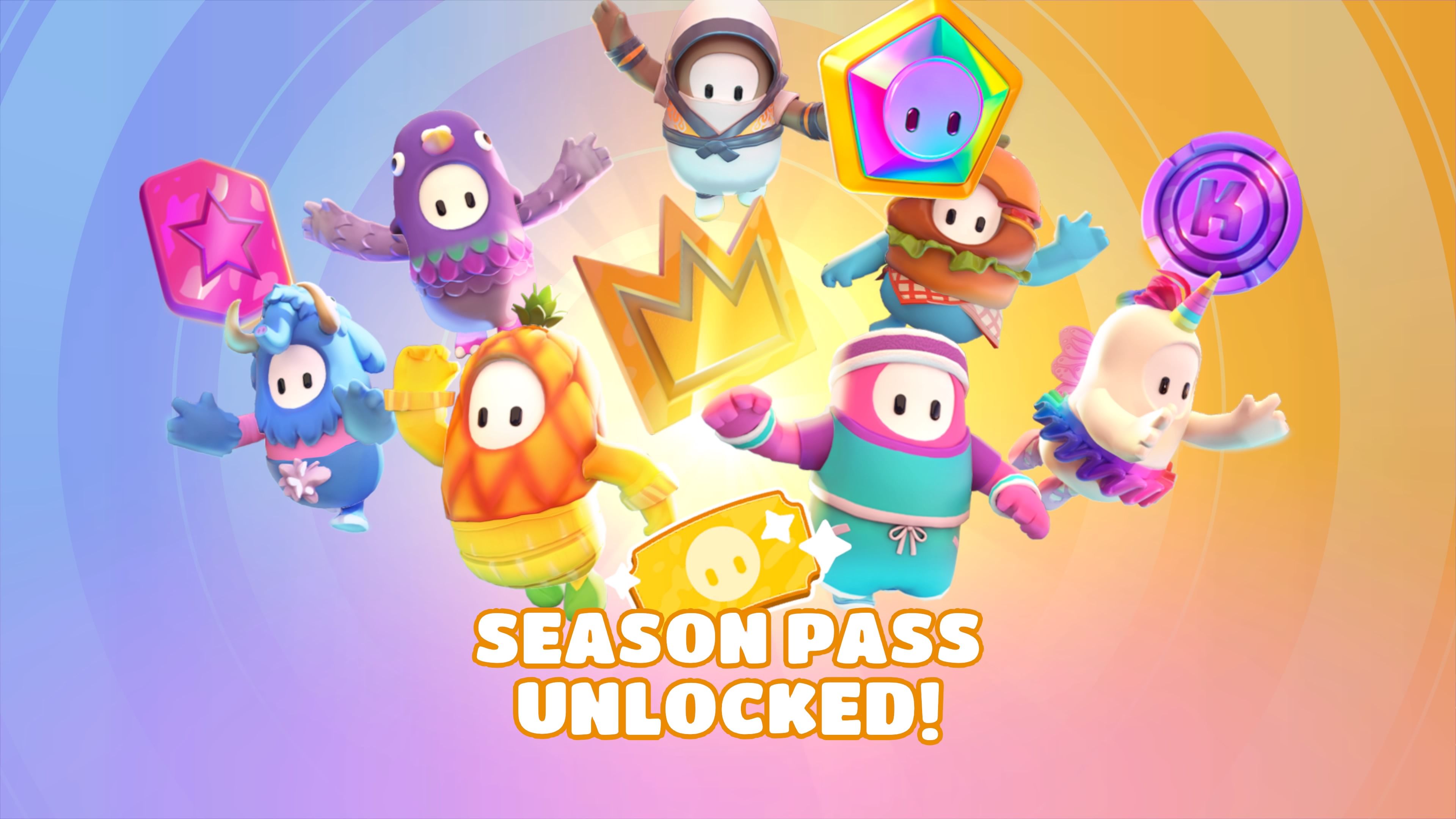 The Fall Guys Season Pass functions similarly to battle passes in other games; providing you with several unlockable rewards for playing the game and completing specific challenges. This season, Fall Guys is doubling the number of Season Pass rewards, incentivizing you to clock hefty game time if you wish to earn all available rewards.

Like the previous season, you will have to spend Show Bucks for access to all 200 rewards being offered, at a cost of around $7.99 USD. Those who opt against this purchase will still have access to some of the rewards, although the number is significantly reduced.

How To Progress The Season Pass 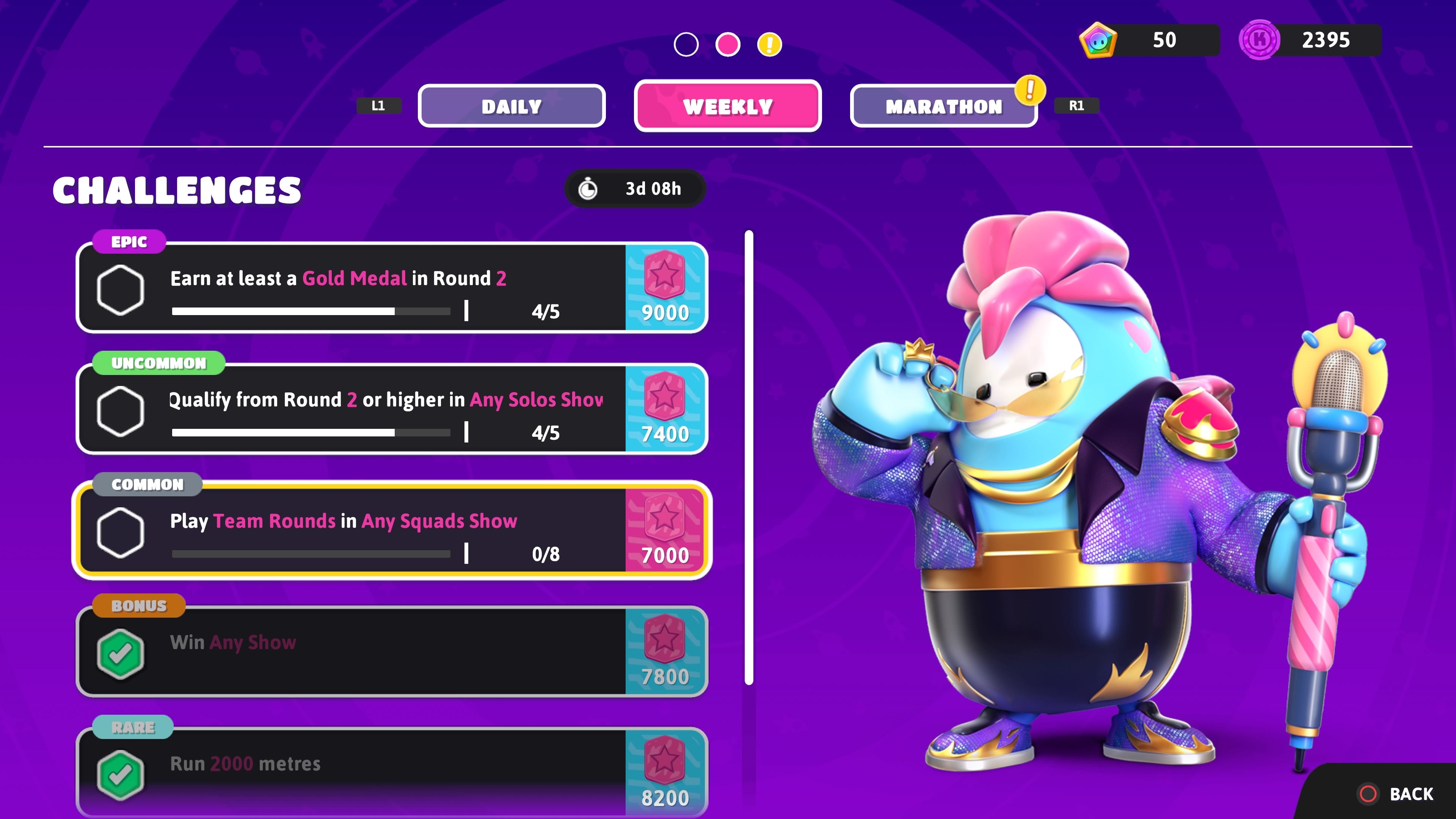 To progress your Season Pass, you will need to earn Fame, in-game currency acquired by competing in various Shows and completing challenges. Once a Show has concluded, you will be given Fame based on your performance, depending on how many Rounds you qualified for and your placement in each level.

You can also use 100 Show Bucks to progress one tier in your Season Pass.

Like last season, there are different challenges available to players throughout the course of the season; Daily, Weekly, and Marathon (Seasonal). These challenges can be viewed from the game's lobby screen, and require you to compete in different Shows and perform a variety of tasks, earning you in-game currency for doing so.

Some of these challenges will offer Fame as their reward, so make sure that you are completing these as an easy way to progress your Season Pass. If you combine these two methods for earning Fame, you should easily earn all 200 rewards on the Pass. 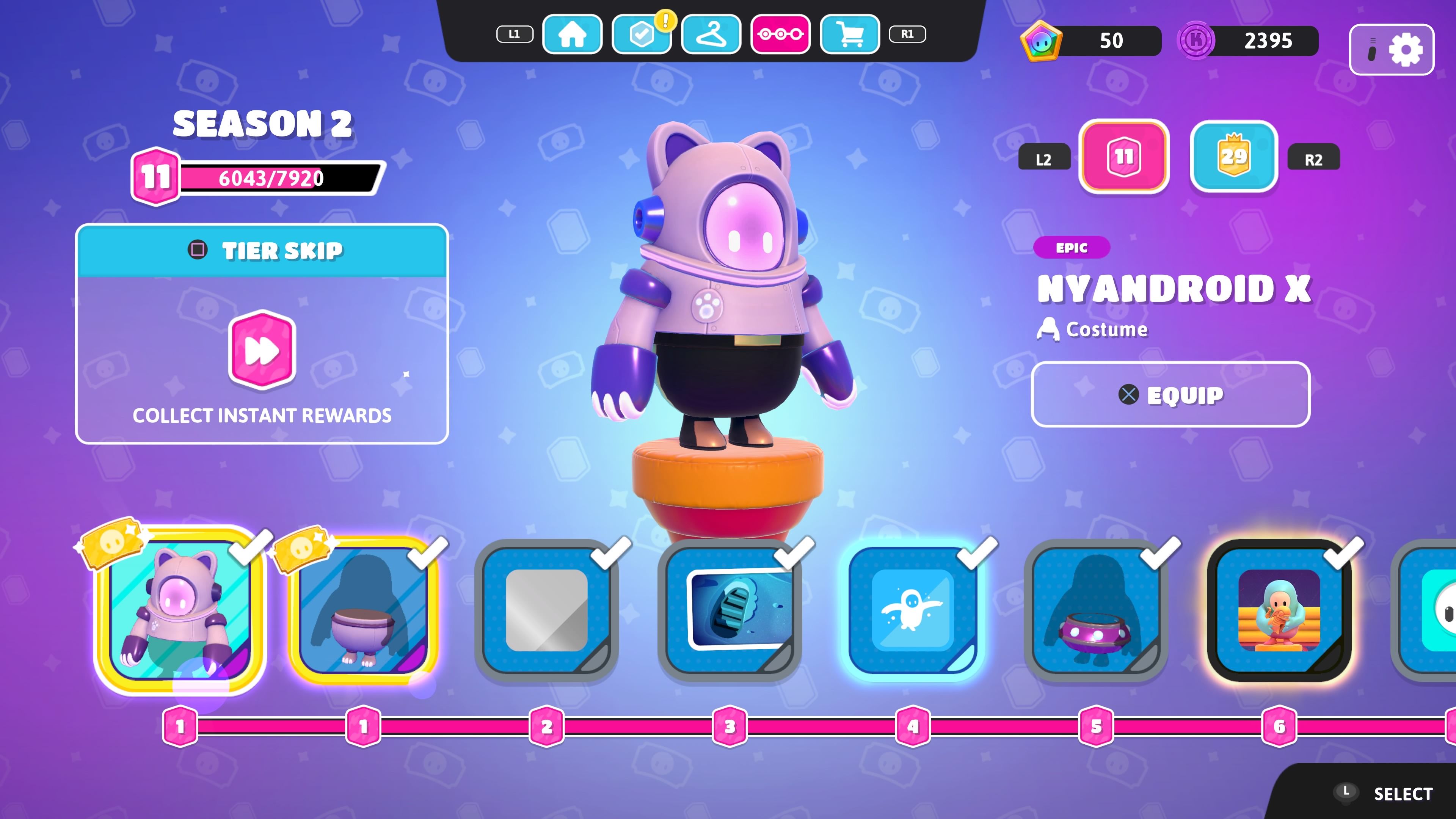 Each of the 200 tiers of the Season Pass will provide you with a reward upon reaching it, in the form of either in-game currency or a cosmetic item. Although there is the option to progress through the Season Pass without paying for the full version, it is important to note that there is a definite quality difference in the rewards that are received.

You will earn enough Show Bucks through the progression of the complete Season Pass to purchase next season's Season Pass, so make sure to stockpile these if you want to save some money next season.

Although you will earn some Season-Exclusive cosmetic items when opting for the free route, the majority of your rewards will consist of in-game currency. Additionally, most of the cosmetic rewards in this Season Pass will be earned by progressing through the first 100 tiers, each provided below.

Season Pass tiers 101 to 200 mainly consist of the same, free reward — 30 Crown Shards — but there are a few exceptions. These are all costume items, and they require you to have purchased the paid version of the Season Pass to unlock.