A lot of time and energy went into trying to recreate the characters featured in the original Smash Bros. Sadly, because we don’t yet have items for other franchises such as Metroid, Star Fox, Pokemon, and other well-known Nintendo properties, the creator had to improvise.

Great-Bit Arcade managed to come up with some unique ways to create other characters though that worked really well. Using the bunny ears to make Pikachu, for example, was a clever way to bring the adorable electric mouse to life.

Other designs shown off in the video are most likely fan designs uploaded through the custom design portal. This proves that the appetite for Nintendo to bring in more crossover items is real. It’s also worth mentioning that in the mobile spin-off, Animal Crossing: Pocket Camp, Pokemon items were included during a limited-time event. Most recently, of course, Sanrio items were being heavily promoted.

Back in Animal Crossing: New Leaf, players could get multiple Nintendo-themed items through Fortune Cookies purchased at Nook’s Cranny. This is a notable feature missing from the latest Animal Crossing, but it looks like Nintendo may continue to make up for it with new event crossovers. 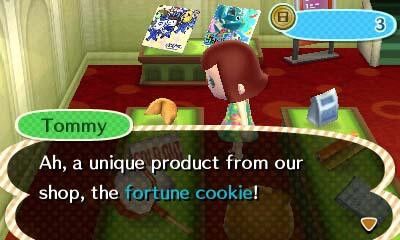 Nintendo did make it clear it will continue updates this year, but whether or not features from previous titles will be included is not certain. For now, creative fans such as Great-Bit Arcade will have to continue using their imagination to bring other IPs to life until they are made official.

Related posts:
04/05/2021 News Comments Off on Fan Recreates Original Super Smash Bros. Opening In Animal Crossing: New Horizons and It’s Pretty Accurate
Hot News
Sakurai Says To Wait "Just A Bit Longer" For His Next Announcement
Destroy All Humans 2 Remake In The Works Under A Codename
Mighty Doom Is A Free To Play Mobile Game Based On Bethesda’s Popular Franchise
Nintendo Will Focus More On Original IP’s In The Future
6 Tips For A Pokemon Platinum Nuzlocke
Recent Posts