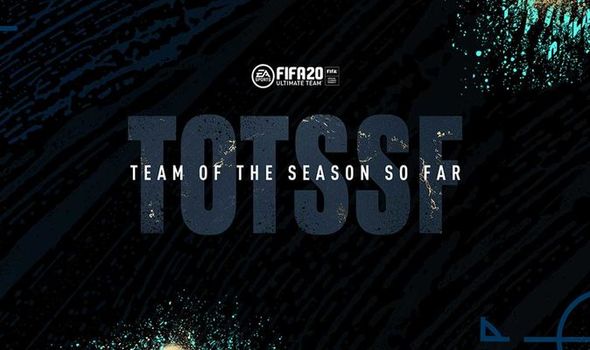 EA Sports is likely to launch its next FIFA 20 TOTS – or the Team of the Season So Far – today on PS4, Xbox One and PC. And the new FIFA 20 TOTS reveal today could cover one of the following: La Liga, Serie A, Ligue 1 or Bundesliga. There is also the chance of others being thrown in the mix too, including the Rest of the World squad that usually comes at the end.

For now, it appears there is a good chance that the Bundesliga will be the next squad confirmed for FUT 20.

If that’s the case then the next FIFA 20 Team of the Season So Far squad should launch at 6pm BST on Friday, May 8.

There is always the chance that EA Sports will change how they do things and provide another team today.

We got a surprise when the Saudi Pro League squad was confirmed earlier this week by EA Sports.

So there is always the room for a few surprises when it comes to FIFA 20 TOTSSF.

Ahead of the upcoming FIFA 20 TOTS SF release, new predictions have been made about which players will be getting brand new FUT Ultimate Team cards.

The Liverpool Echo has provided a rundown of its own predictions for La Liga, which can be found below:

More details covering how EA Sports is releasing the new squads can be found below:

Squad Releases – Released each Friday throughout TOTSSF, there will be a unique squad showcasing some of the best performers so far this season. Additional players from those sides will be available during the corresponding weeks as Objectives and Squad Building Challenges.

9 additional squads will be released throughout the TOTSSF campaign. Two of those respective leagues’ side, the CSL and MLS Leagues, will be based on the most recent campaign that culminated before 2020.

Squad Building Challenges – Flashback SBCs are back for TOTSSF! Players who stood out in previous Team of the Seasons will be celebrated with special items.

Moments of brilliance can strike at any time. To acknowledge some of these outstanding feats, TOTSSF Squad Building Challenges will be awarded to players who had standout moments but did not qualify for their respective Team of the Season So Far.

Each week will feature a range of additional Squad Building Challenges, available for a limited time. Many familiar as well as some new favourites will be released, including the popular Premium League Upgrade SBCs, available for 24 hours towards the conclusion of each League Team of the Season So Far beginning following the Community TOTSSF.

Related posts:
05/08/2020 News Comments Off on FIFA 20 TOTS: La Liga or Bundesliga joining Team of the Season So Far Premier League pick?
Hot News
Sakurai Says To Wait "Just A Bit Longer" For His Next Announcement
Destroy All Humans 2 Remake In The Works Under A Codename
Mighty Doom Is A Free To Play Mobile Game Based On Bethesda’s Popular Franchise
Nintendo Will Focus More On Original IP’s In The Future
6 Tips For A Pokemon Platinum Nuzlocke
Recent Posts