Indie developer Digital Crafter is no stranger to odd and unique fighting games. After all, this is the studio known for titles like Fight Of Gods (Yes, the game where you can witness Jesus Christ brawl with Santa Claus). However, Fight Of Steel: Infinity Warrior grants a novelty that can please beginner and veteran players: the ability to create a unique fighter.

Fight Of Steel adds additional layers of strategy to the genre by encouraging players to consider how the fighter they make fits into the game. Understanding which skills complement each other is vital and opens the keys to new tactics. Furthermore, match-ups are much more unpredictable, with a practically infinite possibility of opponents. So, how can you make the most of FoS's tools? Keep reading to learn how. 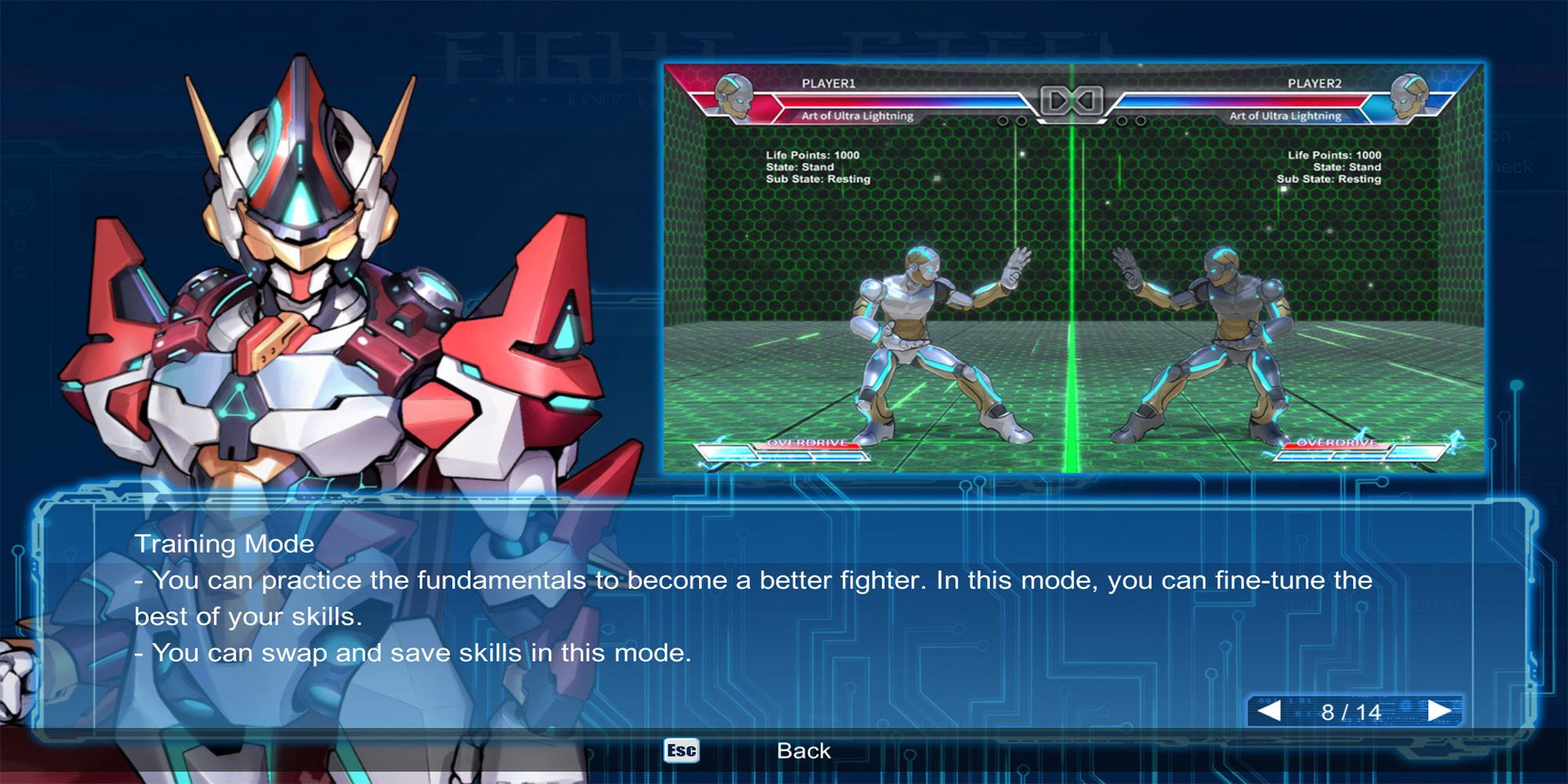 Fight Of Steel's mechanics and controls are straightforward. For instance, the command inputs for special moves are rudimentary, and you'll likely recognize ideas and mechanics from other games. Still, it helps to take a robot fighter for a spin in Training Mode so you can understand how to choose a fighting style and swap out moves.

Plus, the Training Mode facilitates a laboratory to build your fighter, giving you the most out of the game. Otherwise, you'll find yourself jumping into matches button-matching, which is no fun. 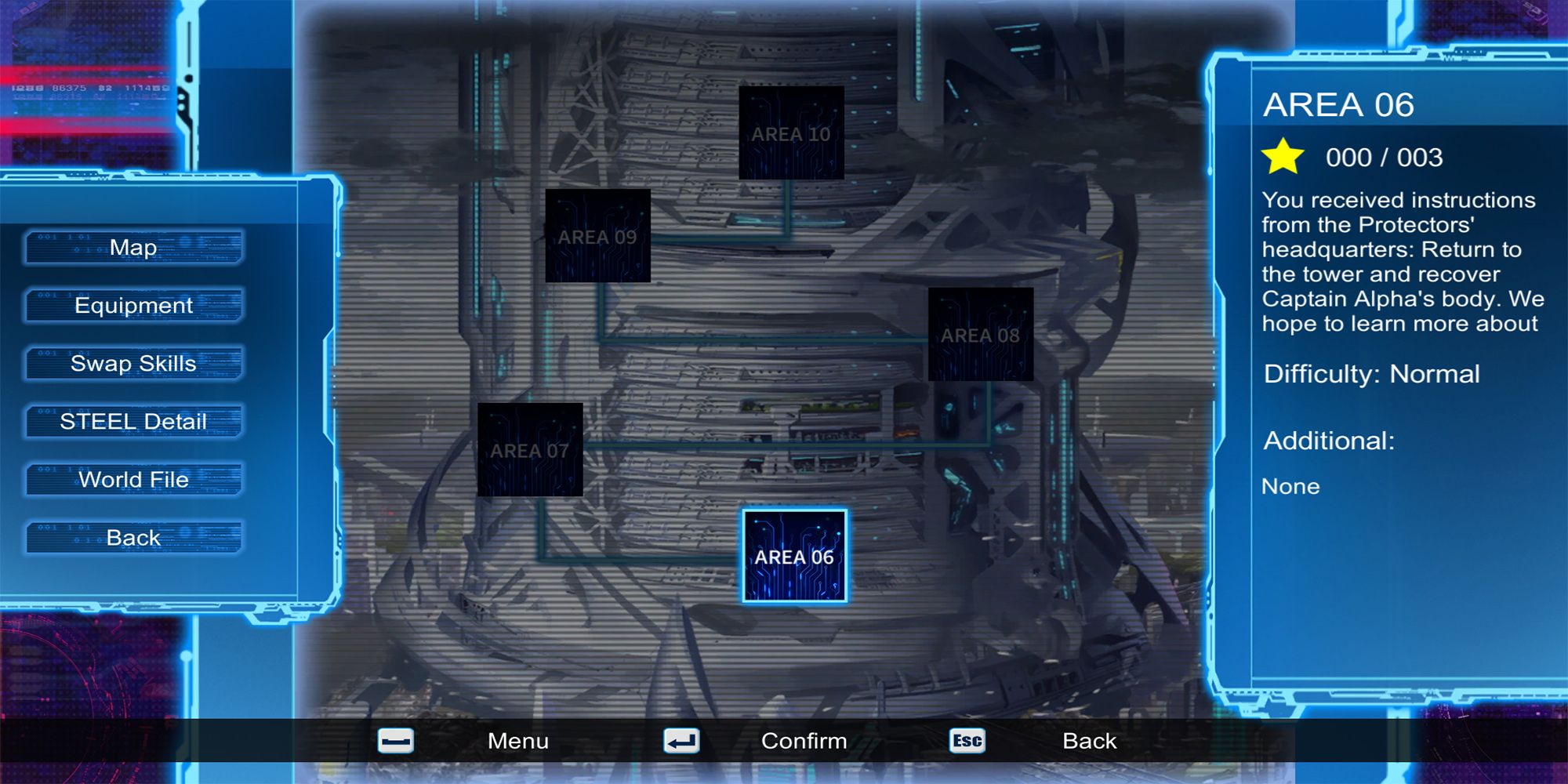 After building the ultimate competitor, you should jump into FoS's Story Mode. While this mode essentially functions like an arcade mode with dialog scenes, it will give you some insight into the game's world. Plus, playing through Story Mode completes challenges that can unlock new skins.

Still, the most important reason to complete Story Mode, in our opinion, is to access Challenge Mode. Challenge Mode is a mission mode that adds elements to the story and level-progression mechanics. Starting with a robot from scratch, you'll earn new parts imbued with stat improvements and elemental qualities, allowing you to take on more formidable opponents. In addition, there's a ton of replay value here that contains the bulk of FoS's single-player content.

Learn The Hierarchy Of Move Canceling 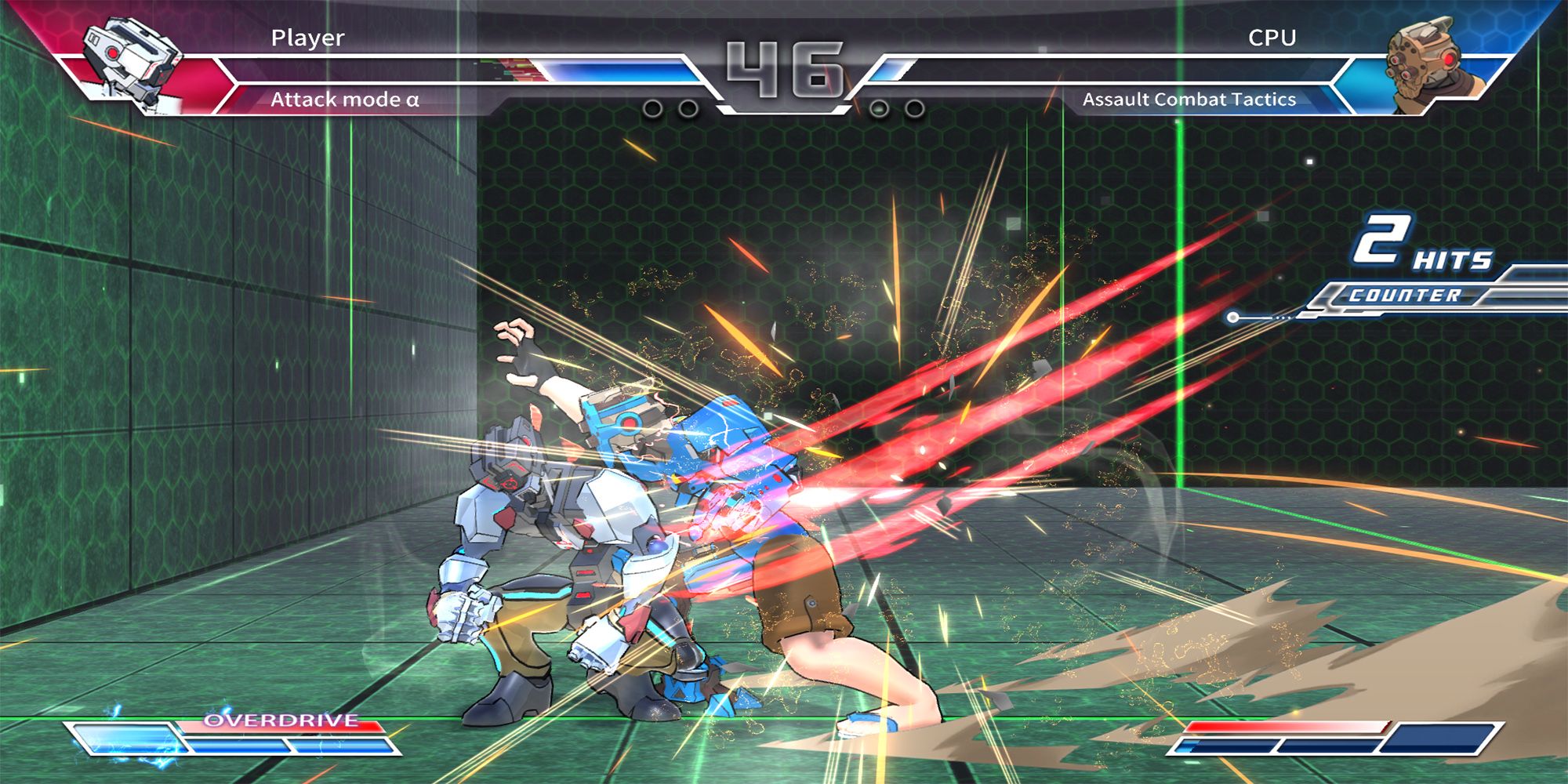 Move-canceling is a significant gameplay element in FoS. Therefore, understanding which moves cancel each other is vital to damaging opponents and achieving victory. As a rule, weaker moves get canceled by moves of higher strength, like so:

Additionally, dashes can cancel most moves after they hit and get canceled by most attacks.

Use Overdrive To Relieve Pressure And Extend Combos 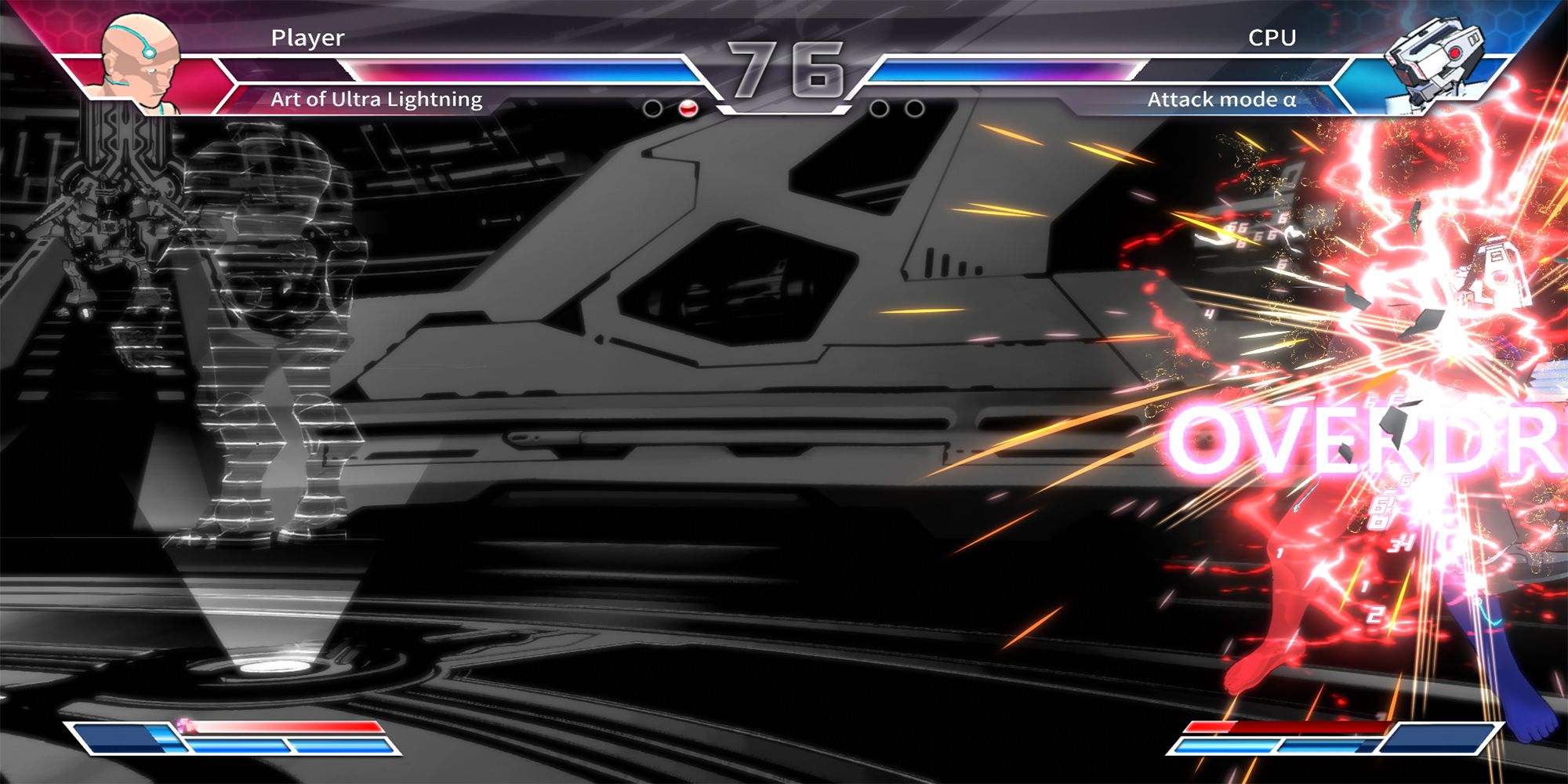 Another helpful tool at your disposal is Overdrives. Overdrives serve both offensive and defensive purposes. First, activating Overdrive creates a burst effect around you that knocks opponents back. Second, Overdrive lets you perform EX Skills at no additional costs.

You'll likely want to save your Overdrive until you get stuck in a corner. After all, if your foe traps you in a wall bounce, you'll get barraged with a devastating combo. After relieving pressure, you can use your free EX skills to cancel into Supers (and since EX skills cost one block of gauge, Overdrives are the only way to perform this specific cancel). In turn, you can stage an impactful attack.

Equip Attacks That Serve Different Functions And Link Together Well 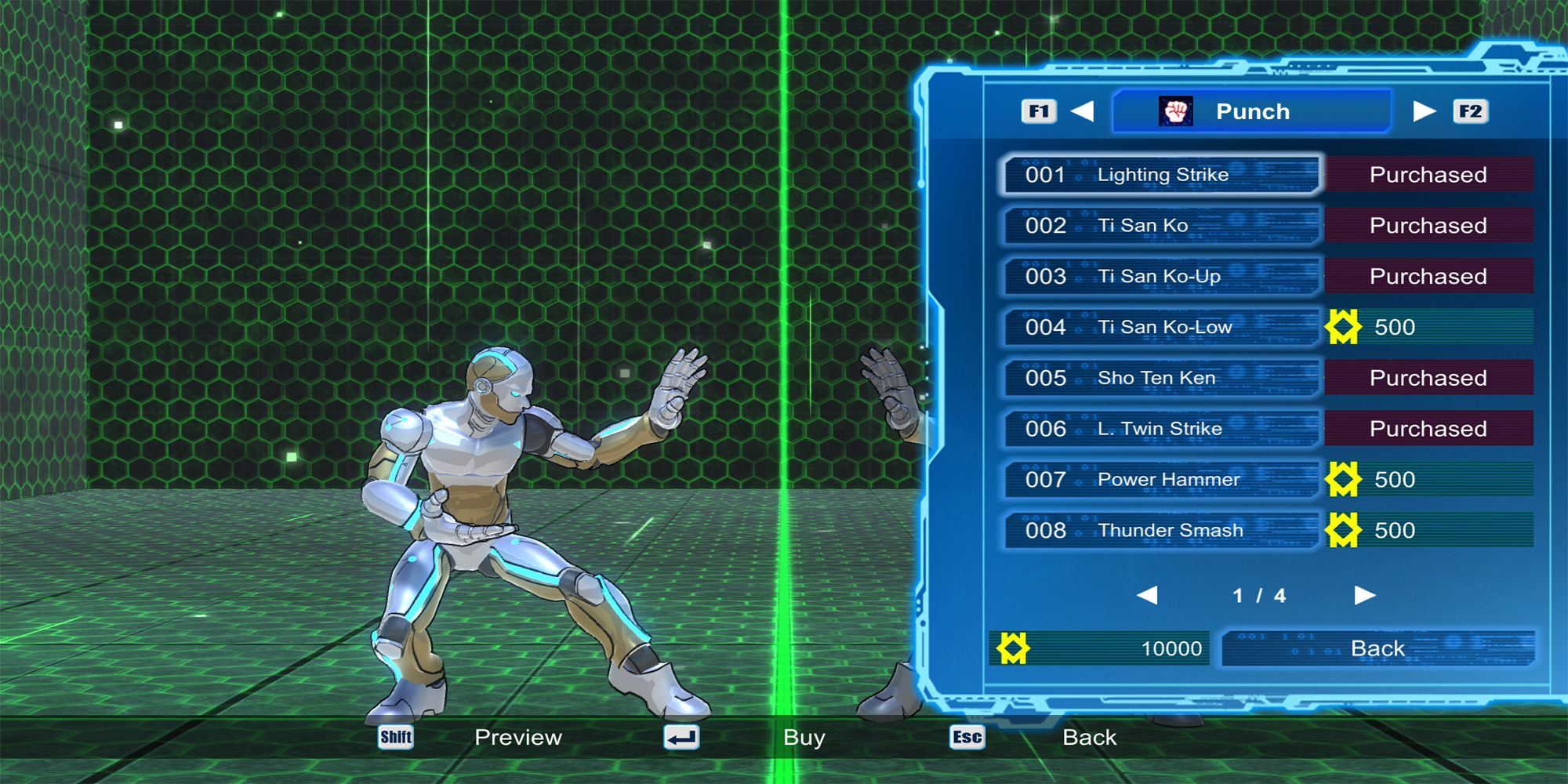 Fight Of Steel gives the rare opportunity to create the fighter of your dreams. For instance, You'll find various moves that mimic iconic attacks from genre legends, like Street Fighter, along with unique skills. However, you can only equip three skill attacks, so you must choose wisely.

Diversity in function is a significant concern when assembling your move set. For instance, do you have an anti-air attack? How about an effective projectile? Would a strong command grab be helpful to you? In addition, you may find certain kinds of attacks more suited to your playstyle than others. For instance, if grapplers aren't your cup of tea, you can skip the command grab. But avoid compiling skills that all do the same thing. You'll get robbed of strategy.

Another essential consideration is learning how your skills contribute to combos. For example, do your skills cancel into each other well? Or does one skill knock your opponent out of other attacks' range? Which skills work as combo starters, and which as enders? You'll be ahead of the competition if you can establish a strong flow with your skills. 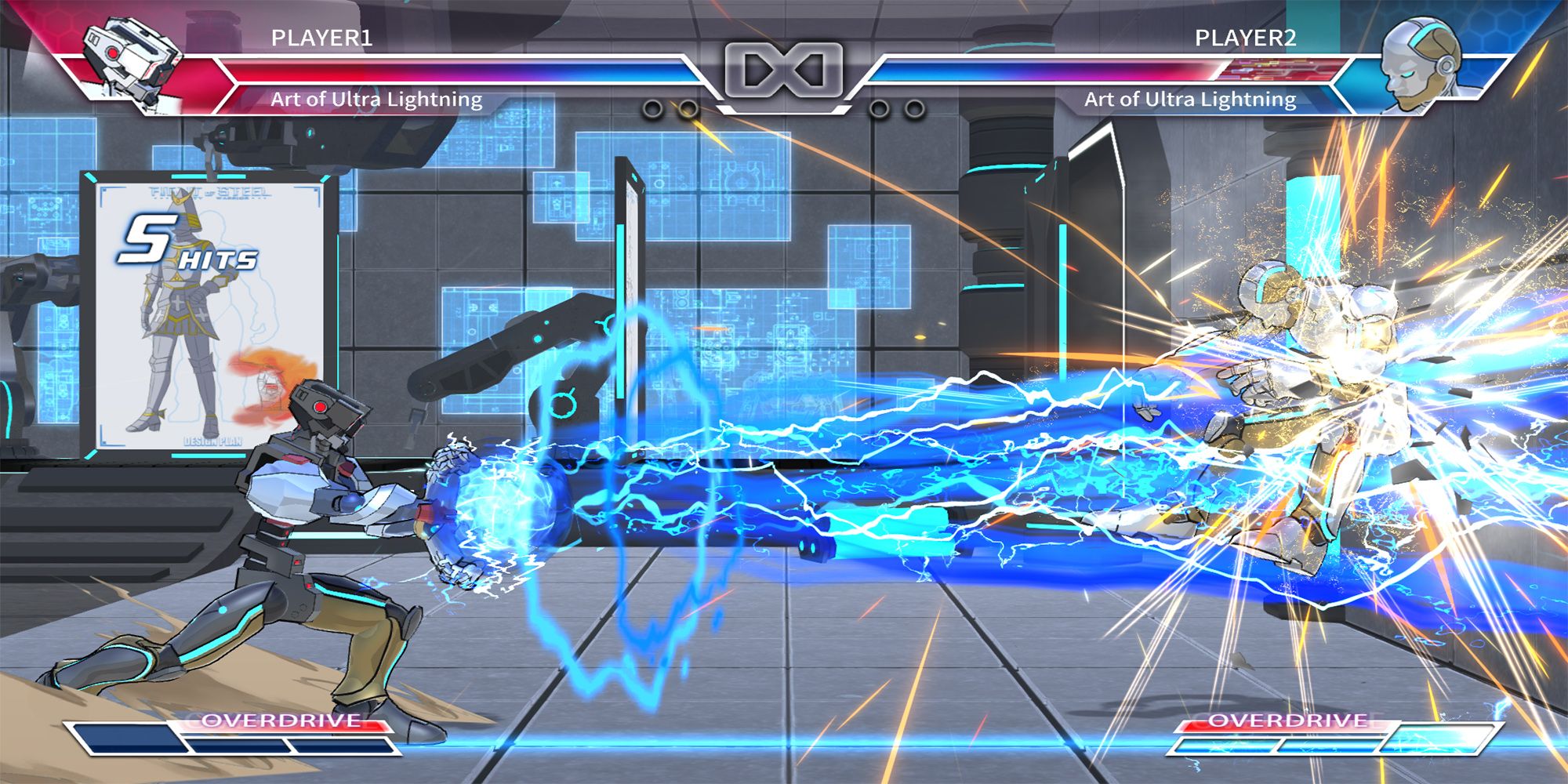 While this tip is essential fighting game know-how, it bears repeating: always confirm a hit before activating a super combo. Super combos in FoS are easy to read and block. So, if you try to use a super combo on its own, it will be unsuccessful unless your foe is mid animation of their attack.

You can hit confirm by starting with a light attack, which has the fastest animation and is safest when blocked. Then, if the attack lands, you can continue into a super combo. However, if your foe blocks your attack, you should guard before your opponent punishes you.

Hit confirming is vital for most offensive tactics outside of super combos. Therefore, it will behoove you to practice this skill.

Use Wall Bounces To Juggle Opponents And Apply Pressure 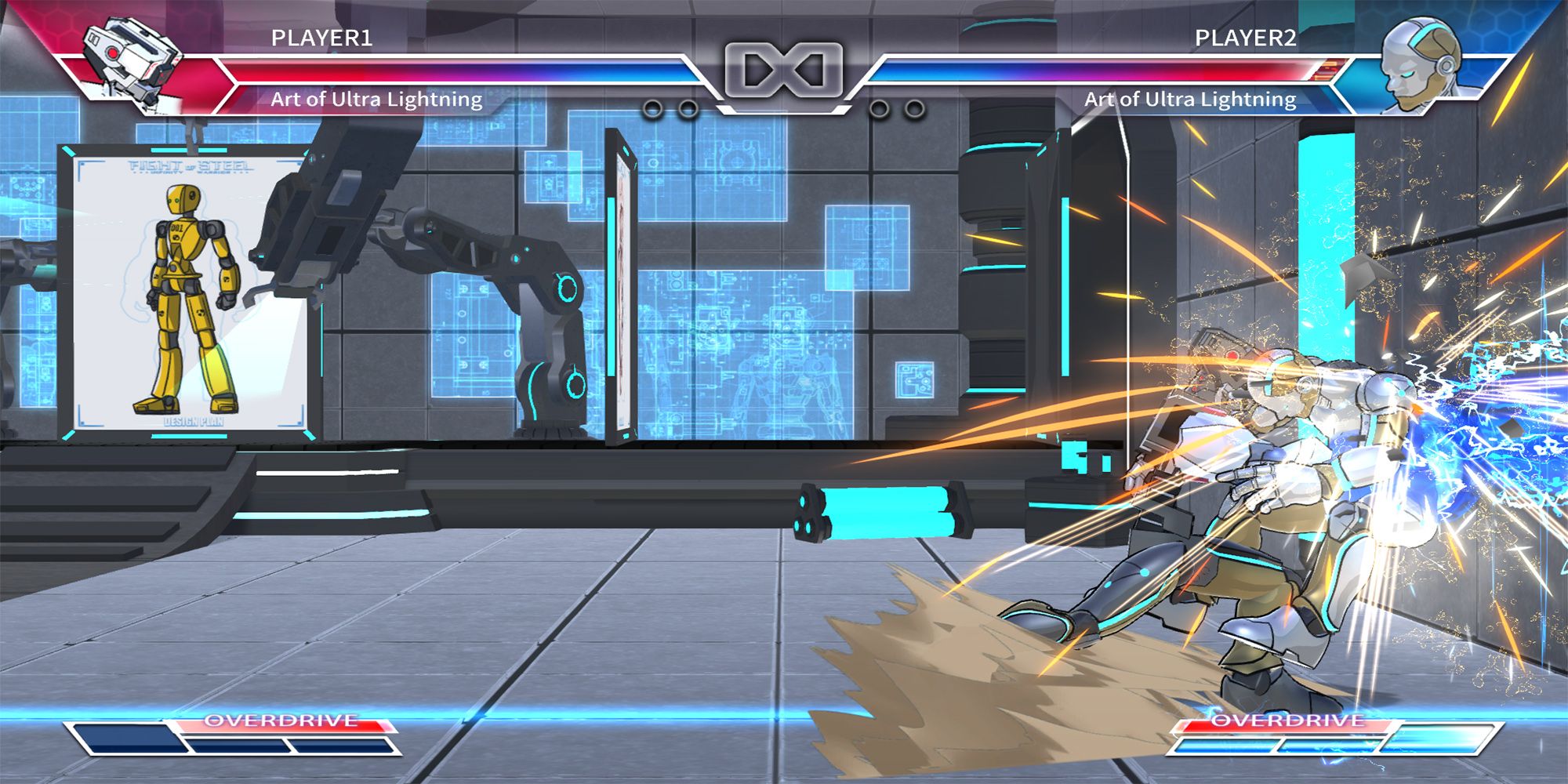 Getting cornered is the most dangerous situation you can find yourself in during an FoS match. This danger is due to the juggling capabilities of wall bounces. For example, if your opponent bounces you off the stage wall, they can volley you back to the wall in the subsequent attack. This volley can only get evaded with an Overdrive. Otherwise, you'll get stuck in a high-damage, possibly infinite combo.

Luckily, you can make use of the same advantage when cornering an opponent. So, if you successfully wall bounce your opponent, use the opportunity to juggle your opponent against the wall. You'll get an idea of which attacks work well for this tactic as you get familiar with your fighter. Special skills that push opponents back are a powerful option. However, even specific heavy attacks can get the job done. 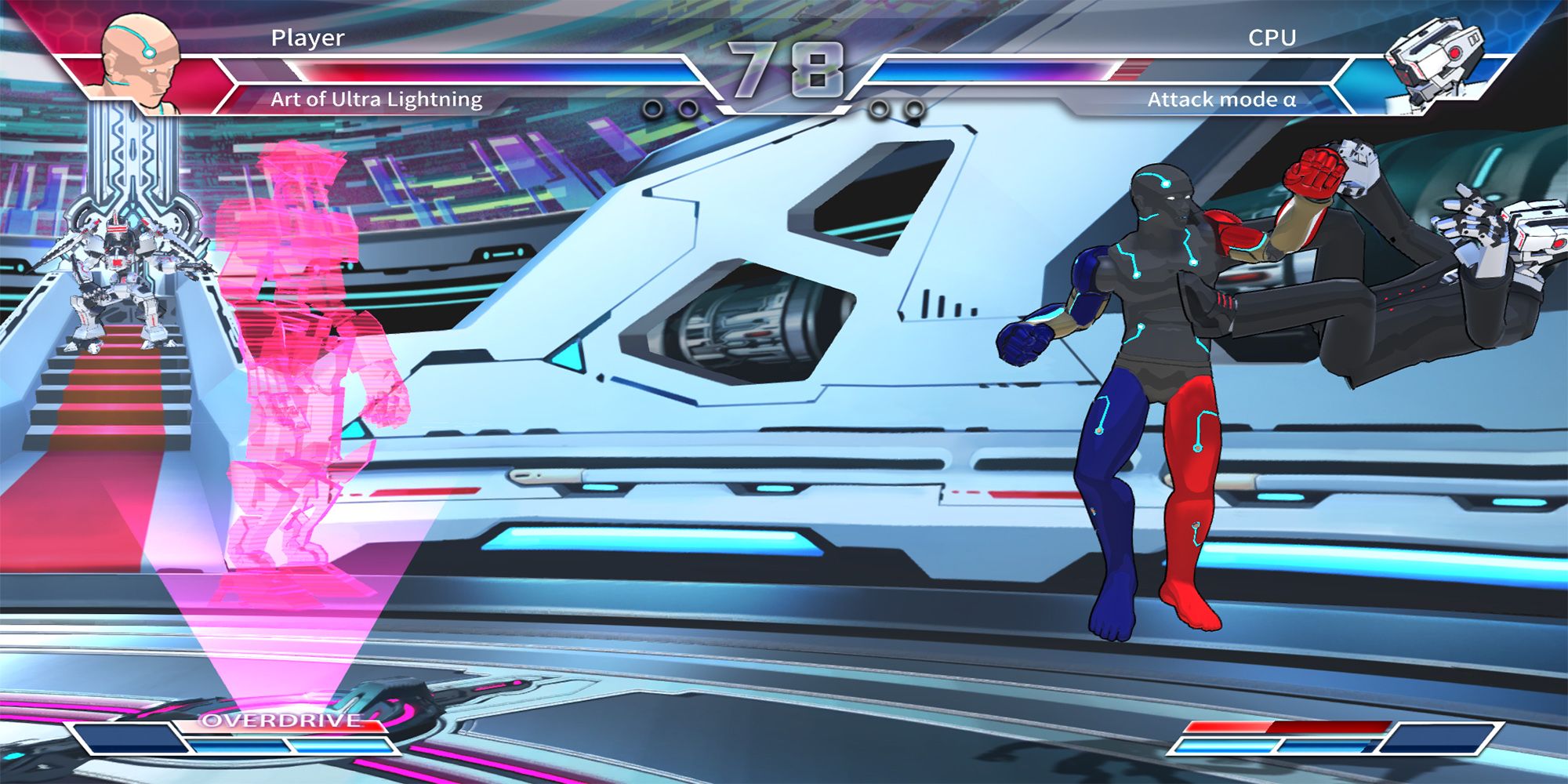 In fighting games, the cheapest strategies are often the most successful. However, fighting game developers work hard to balance characters and mechanics to avoid cheap gameplay, making fights feel fairer. Paraphrasing Maximilian Dood, 'the goal of fighting game players is to break the game.' So, if you can find ways to exploit a fighting game's structure, you'd be foolish not to take advantage of them.

Fight Of Steel has plenty of windows for cheap gameplay. For example, a dragon punch move, Sho Ten Ken, can get dash canceled into another Sho Ten Ken. Therefore, you could batter your opponent with one Sho Ten Ken before they get an opportunity to wake up from the last Sho Ten Ken.

This advice may feel crude, but you'll experience the same gameplay from AI when playing through single-player modes. For instance, Attack Mode ɑ robots could trap you in the air with some well-timed Helix Spins. So, spamming your attacks in return is fair trade.