Blitzball is a major part of Final Fantasy 10, not only featuring in the storyline but also as a minigame. Players can train their Blitzball team to be the very best, recruiting new and better players, as well as learning some new techniques, with some exclusive moves only being available for Tidus.

One of the Tidus-exclusive techniques that you can learn is the Jecht Shot, and accomplishing this will earn you the “Striker” achievement/trophy. This technique knocks away up to two players of the opposite team and adds +5 to Tidus’s shooting skill when used in a match. However, players often find themselves missing out on the opportunity to get this awesome technique, so here’s exactly what you need to do.

Where to Learn The Jecht Shot 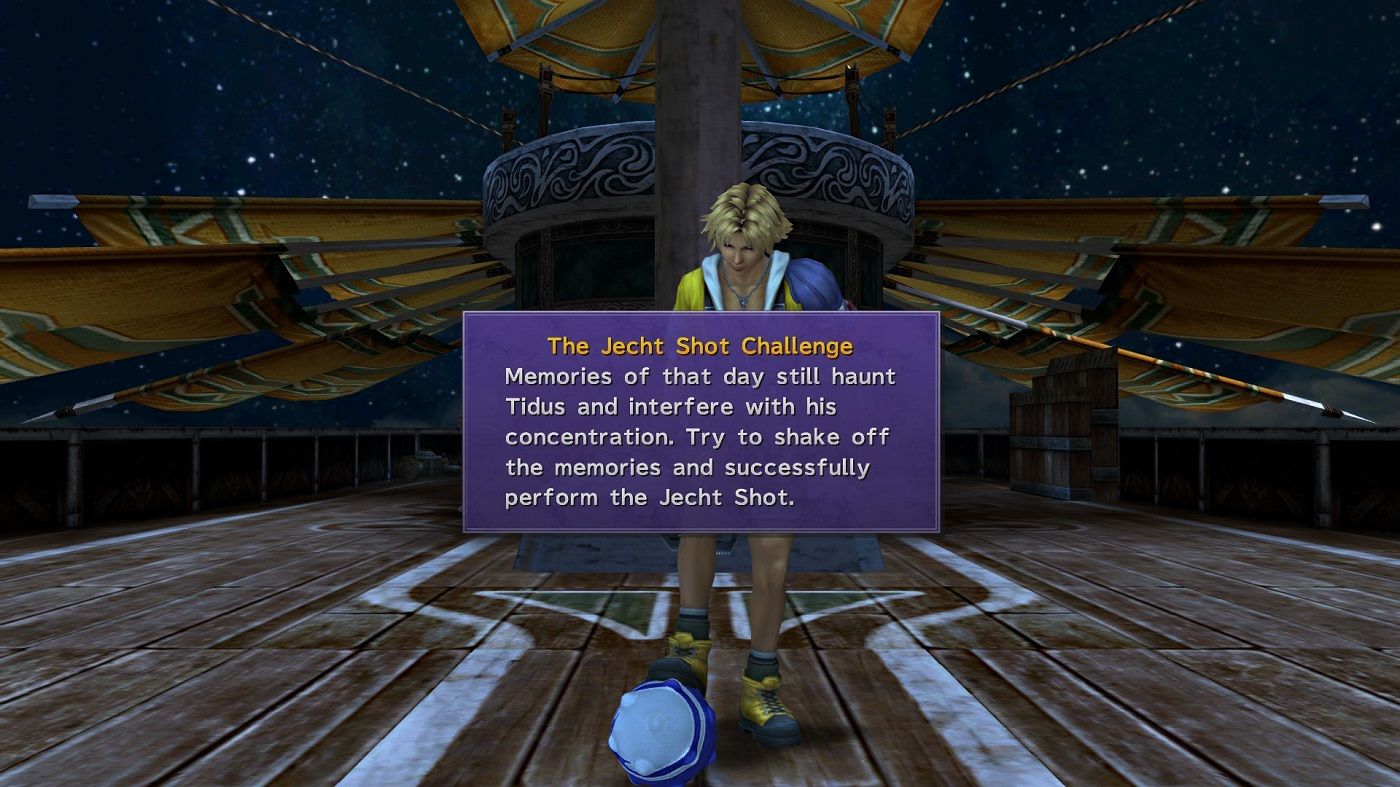 Once you’ve saved, interact with the blitzball on the top deck to begin a small minigame. After testing out some moves, Tidus will begin the Jecht Shot Challenge.

In order to succeed you must:

If you fail, reload your save and try again. You can reattempt this challenge later on in the game by returning to Kilika Port and taking the ferry to Luca again, but the sooner you get it, the better.

Note: An improved version of this technique called Jecht Shot 2 can be obtained as a possible rare prize from Blitzball tournaments.