The Monk job is one of Final Fantasy 14’s original job classes, giving players the chance to use their fists as a weapon and embrace their inner strength. As one of the fastest DPS classes, the monk job also offers some of the most consistent damage output in the game when played properly.

Although Monk is easy to learn, it can be difficult to master and has a skill ceiling that allows players to tinker and optimize their ability rotation to achieve maximum damage in any situation. The class also has a unique aesthetic based on traditional martial arts and has some excellent animations that make it an exciting class to play.

How To Unlock The Monk Job 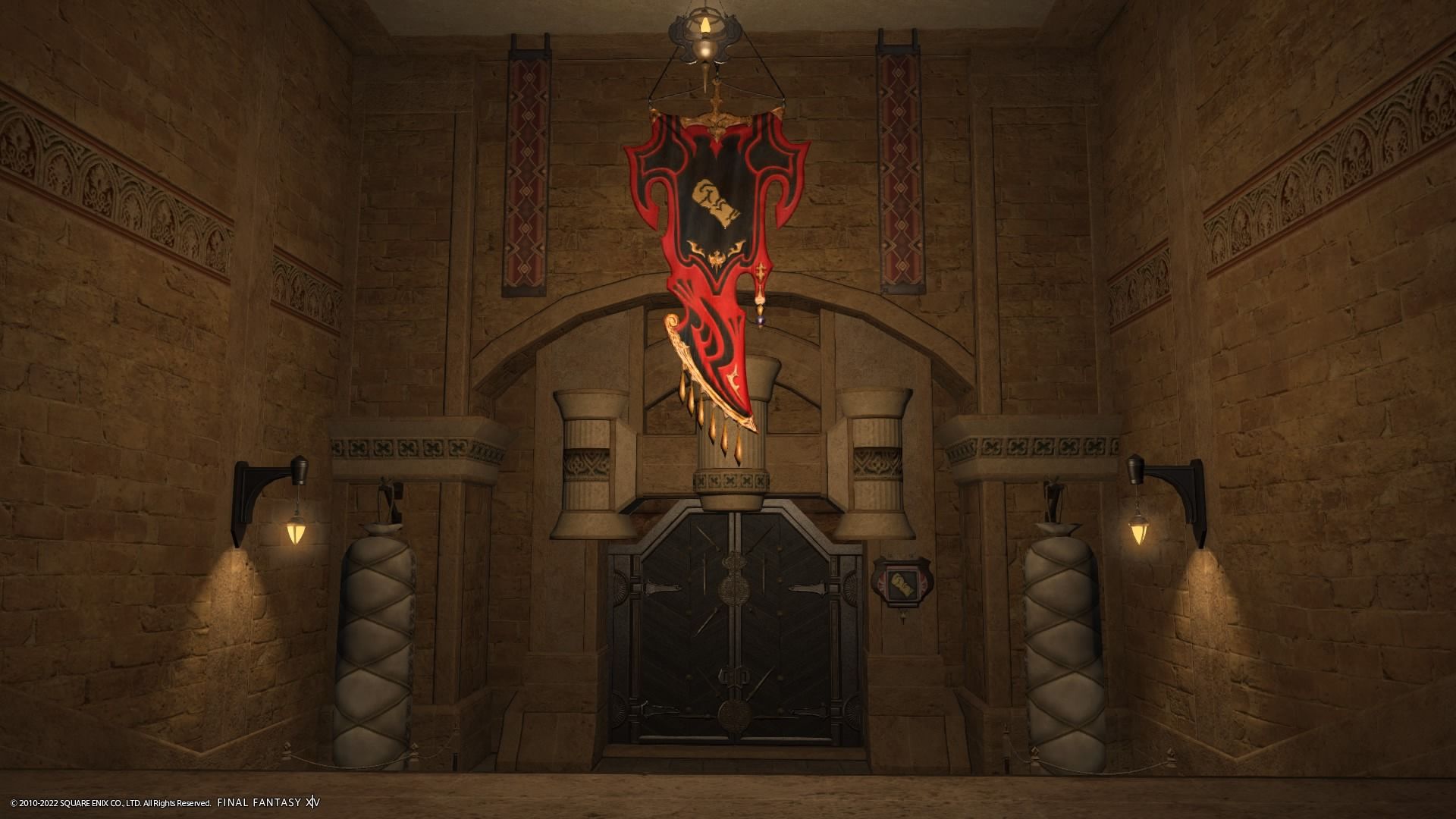 As with other jobs in Final Fantasy 14, Monk functions as the level 30 evolution of the pugilist class that can be selected during character creation.

After leveling to 30 as a pugilist and completing all the pugilist job quests, you’ll be able to take on the first Monk job quest (see ‘job quests’ section below for more details) which will unlock the job and give you the job stone item to equip, boosting your stats dramatically and allowing you to equip armour and weapons with the MNK requirement.

How To Play Monk 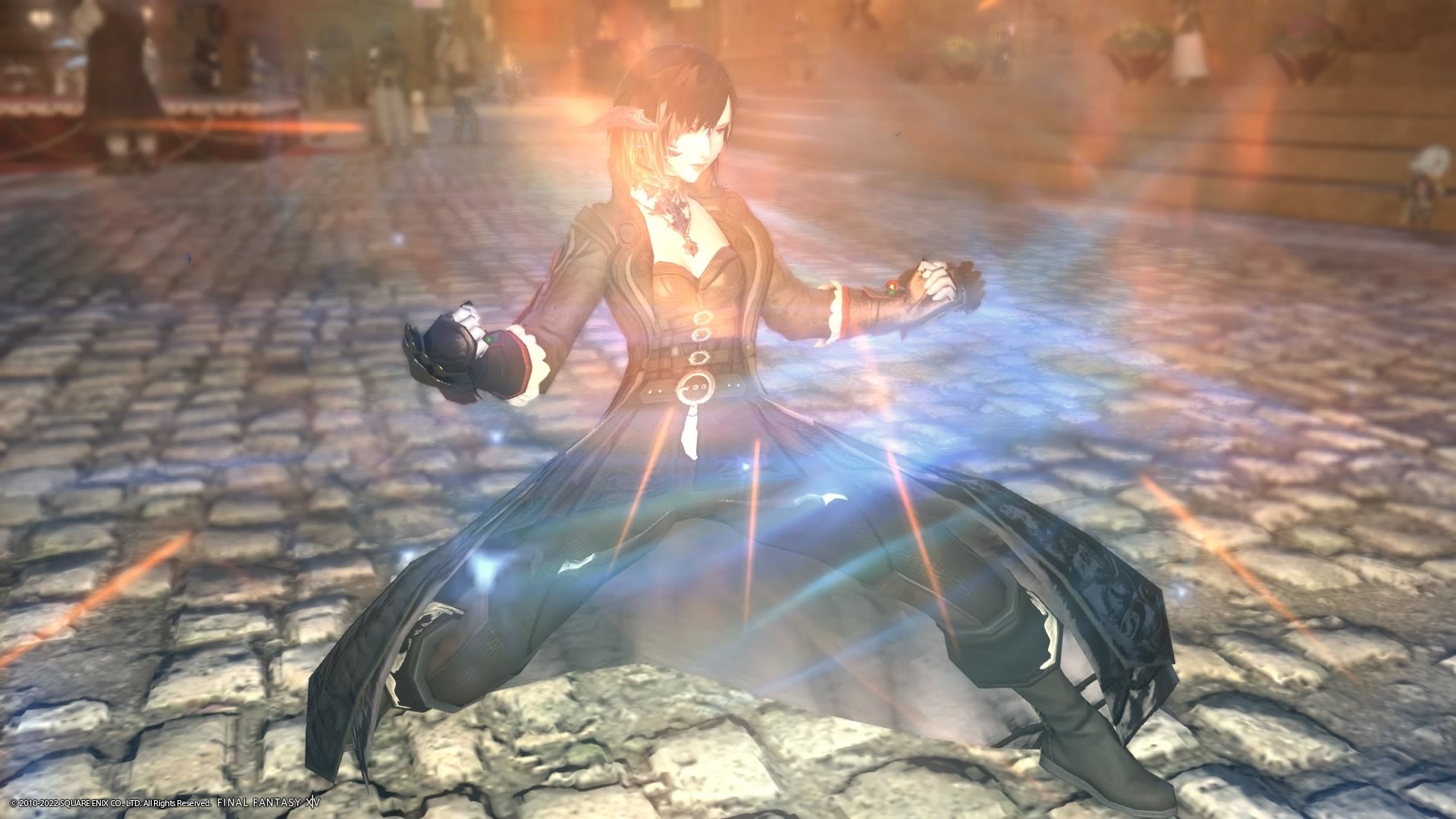 As a Monk, your duty within group content such as dungeons or trials is to deal as much damage as possible. Generally speaking, this involves managing your rotation to ensure that skills are used in the right order for maximum damage and occasionally providing other utility such as the buffs granted by skills such as Brotherhood or Mantra.

Playing the monk effectively in the current patch revolves around careful management of a few resources known as Chakra and Beast Chakra, in addition to correctly navigating the job's few positional requirements: skills that require you to strike the target’s ‘flank’ (side) or ‘rear’ (back). Although the current version of Monk has a reduced amount of positional attacks, they are still required at the beginning and end of each standard combo.

Whilst playing monk, skills must be executed in a specific order to maximize damage as you move through several 'forms'. Certain attacks can usually only be activated whilst in a specific form, which upon activation switch you to the next form in the sequence.

In order to use the monk’s highest potency skill Masterful Blitz, monks must use different combinations of skills associated with each form whilst under the effect of Perfect Balance, a skill that normally allows certain other skills to be performed without their form requirements.

During the window of Perfect Balance, using skills will grant up to three Beast Chakras. Depending on the combination of Beast Chakras gained, Masterful Blitz will transform into one of three types of attacks. Whilst dealing damage, monks need to manage this system to get the most out of Masterful Blitz. 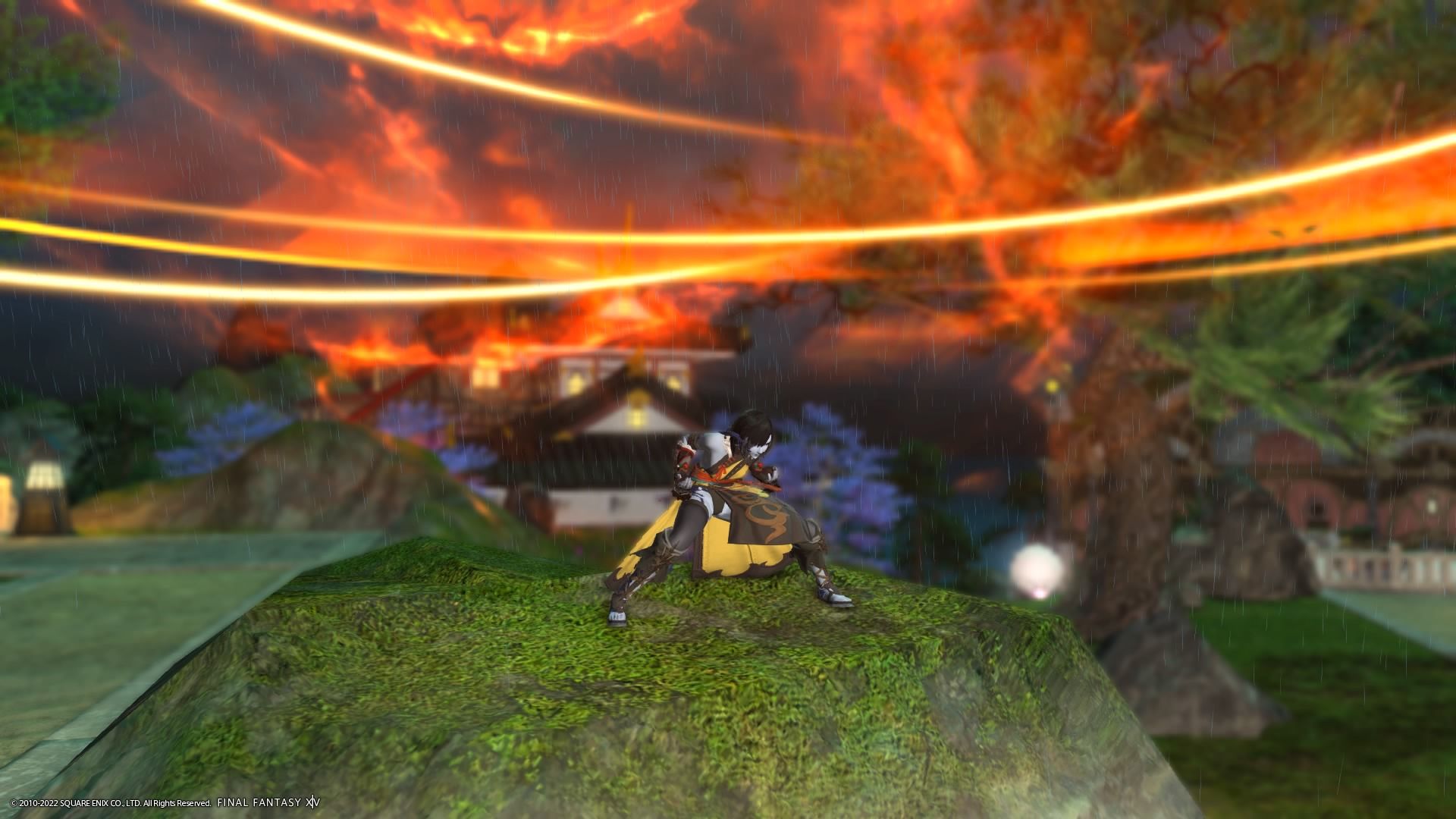 When attacking a single target, the monk’s initial rotation of skills is fairly simple: move through all three ‘forms’ by executing three skills. By alternating how these combos begin and end, however, early damage can be optimized.

To apply the maximum damage with Demolish, the attack must be executed on the target’s rear.

To apply the maximum damage with Snap Punch, the attack must be executed on the target's flank.

This basic pattern of alternating between two choices in each step of the three skill combo will ensure that your attacks stay at the highest level of potency throughout. Keep the buffs and debuffs active as often as you can, as these can add up to a substantial loss of damage if missed.

In terms of other useful skills, Monk has a few worth engaging with between or during the middle of the basic combos. 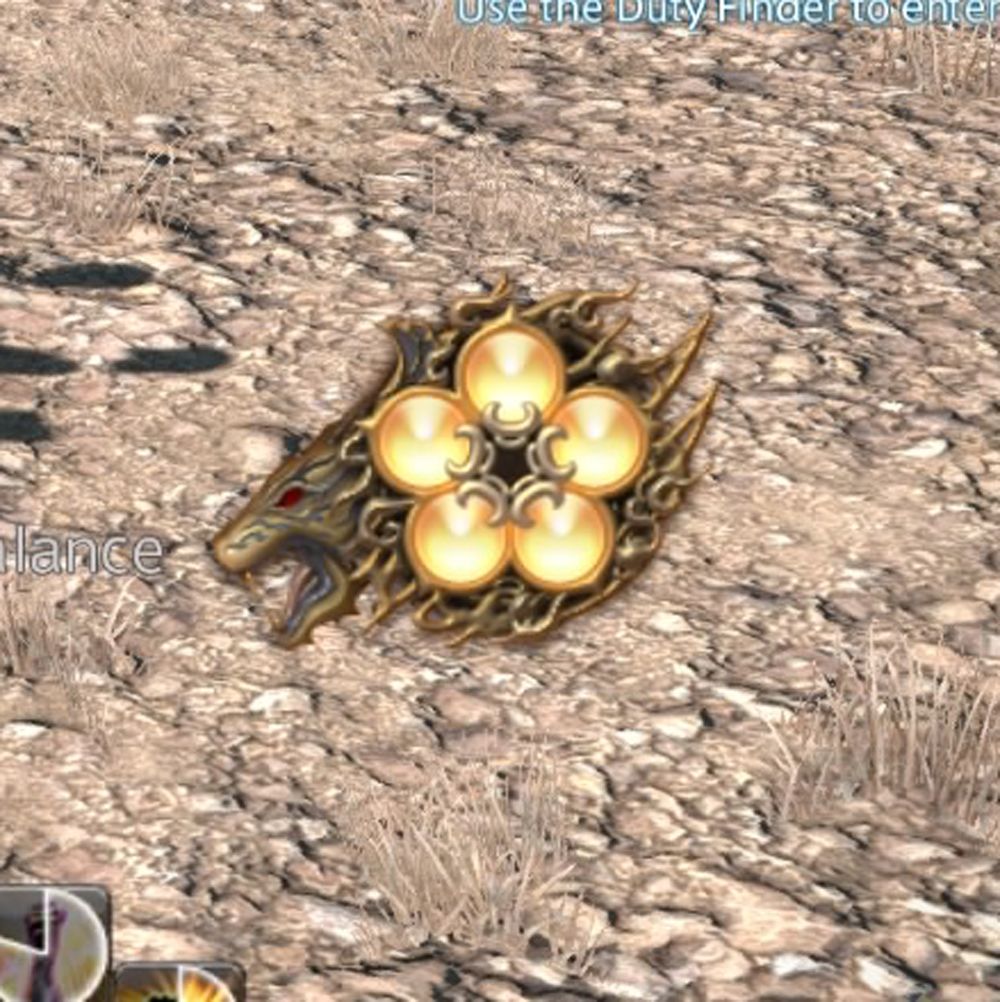 Chakra is an extra resource that monks accumulate through their usual rotation or by using the skill Meditation. You can gain up to five Chakras that can be spent all at once on two unique skills: The Forbidden Chakra and Howling Fist.

These skills share a recast timer. The Forbidden Chakra is a high potency single target attack, whilst Howling Fist distributes damage across enemies in a straight line in front of you. These skills are both worth weaving into your regular combos when available.

Beast Chakra refers to the symbols that display on a gauge after you use the skill Perfect Balance. Perfect Balance removes the form requirements for each attack, allowing you to use any skill on your bar three times. Each attack you use whilst in Perfect Balance will give you one of three possible Beast Chakra based on the form that attack usually uses. These will transform your (by default unusable) attack Masterful Blitz into a variety of different usable skills.

When both Nadi are active alongside any combination of Beast Chakra, the monk’s best ability becomes available. Until level 90 this will be Tornado Kick. At level 90 Tornado Kick becomes Phantom Rush.

The goal of using Beast Chakra and Nadi should be getting Tornado Kick/Phantom Rush as much as possible. There are a few ways to approach this, but the optimal method would be to activate the Solar Nadi and Lunar Nadi in turn through using Elixir Field and Rising Phoenix, as Celestial Revolution is slightly less effective. For your third combo, any set of skills with both Nadi activated will allow you to use Tornado Kick/Phantom Rush. 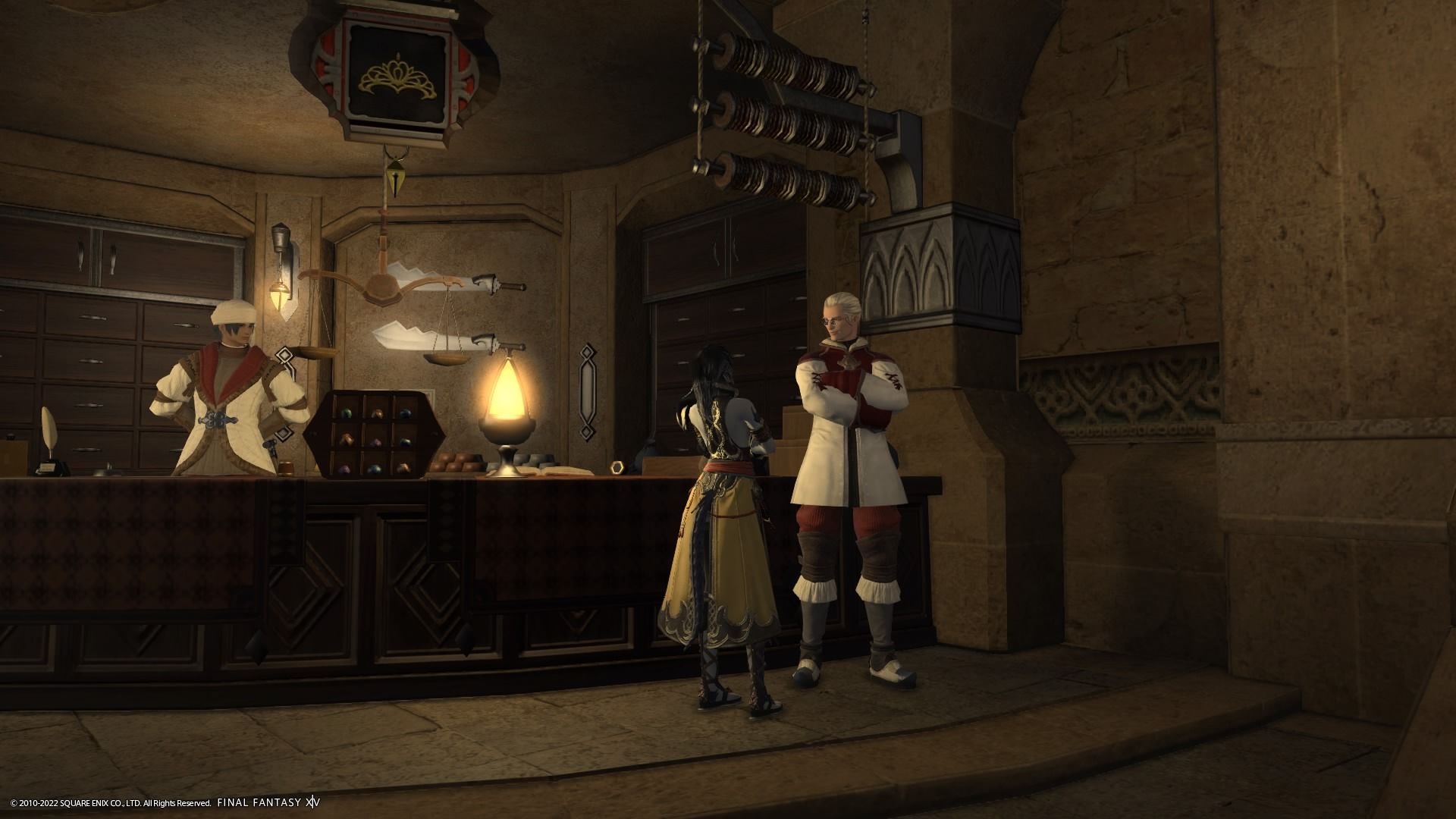 As you level Monk throughout A Realm Reborn, Heavensward, and Stormblood, you’ll need to complete Job Quests every few levels. These not only tell the story of re-establishing the Monk order of Ala Mhigo, but also unlock certain essential skills. 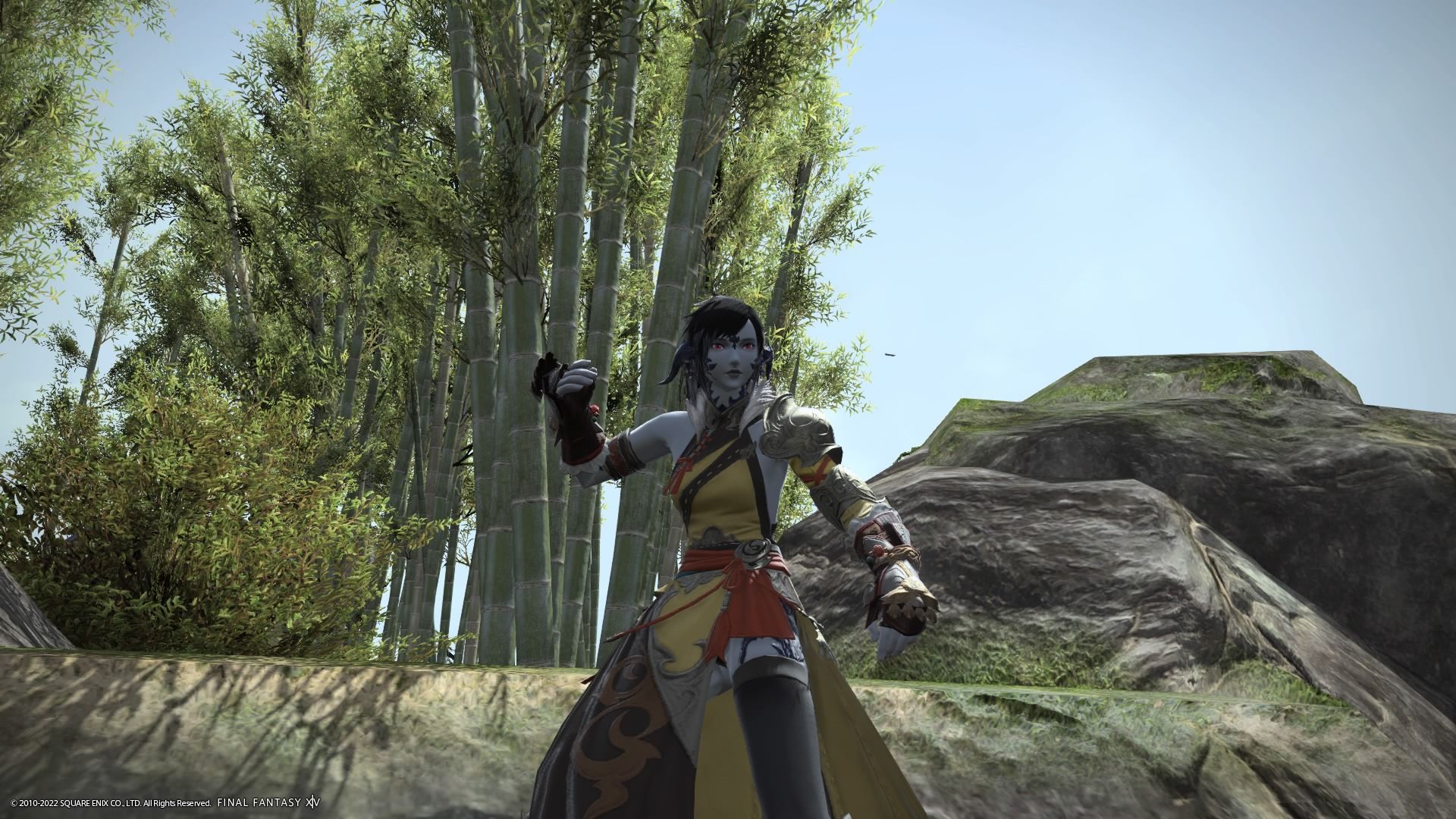 Monk uses Striking gear, which it shares with the job Samurai. When it comes to gearing your character whilst leveling, it’s best to go for gear that gives you bonuses to strength and critical hit as a priority, all of which come as standard for Monk-only gear.

At key level milestones, you can receive Monk-specific Artifact Armour. These will be received at levels 50, 60, 70, 80, and 90. The Artifact Armour is not inherently the best at each of these levels and often not as good as armour that can be purchased using tomestones, but can provide good stats as well as great designs for glamour. At levels 50, 60 and 70 these are distributed by job quests and at level 80 and above these are distributed by the main story quests.

For armour that can be purchased with standard tomestones, you’ll want to go with the Striking sets available at each key level milestone (every 10 levels).

When you’re satisfied with your armour choices, and they won’t be changing for a while (i.e you’ve reached level cap), it’s time to meld some materia into all of your available slots. The ideal materia for Monk is materia that improves skill speed and critical hit. This is to give your monk enough skill speed to maximise the number of skills that can be performed under the effect of buffs like Riddle of Fire.