The White Mage is among the most iconic and recognizable jobs in Final Fantasy's vast history, so it's no surprise that it would be amongst the more popular Healer Roles in Final Fantasy 14. Not only is the White Mage an excellent jumping-on point for newcomers, but it also stays relevant through each significant update.

Even with the other Healers thrown into the mix over the years, White Mage remains one of the best -most accessible- jobs in its role. If you're looking to switch over to a Healer, then the White Mage is the best way to get your bearings and grasp the fundamentals of the role. 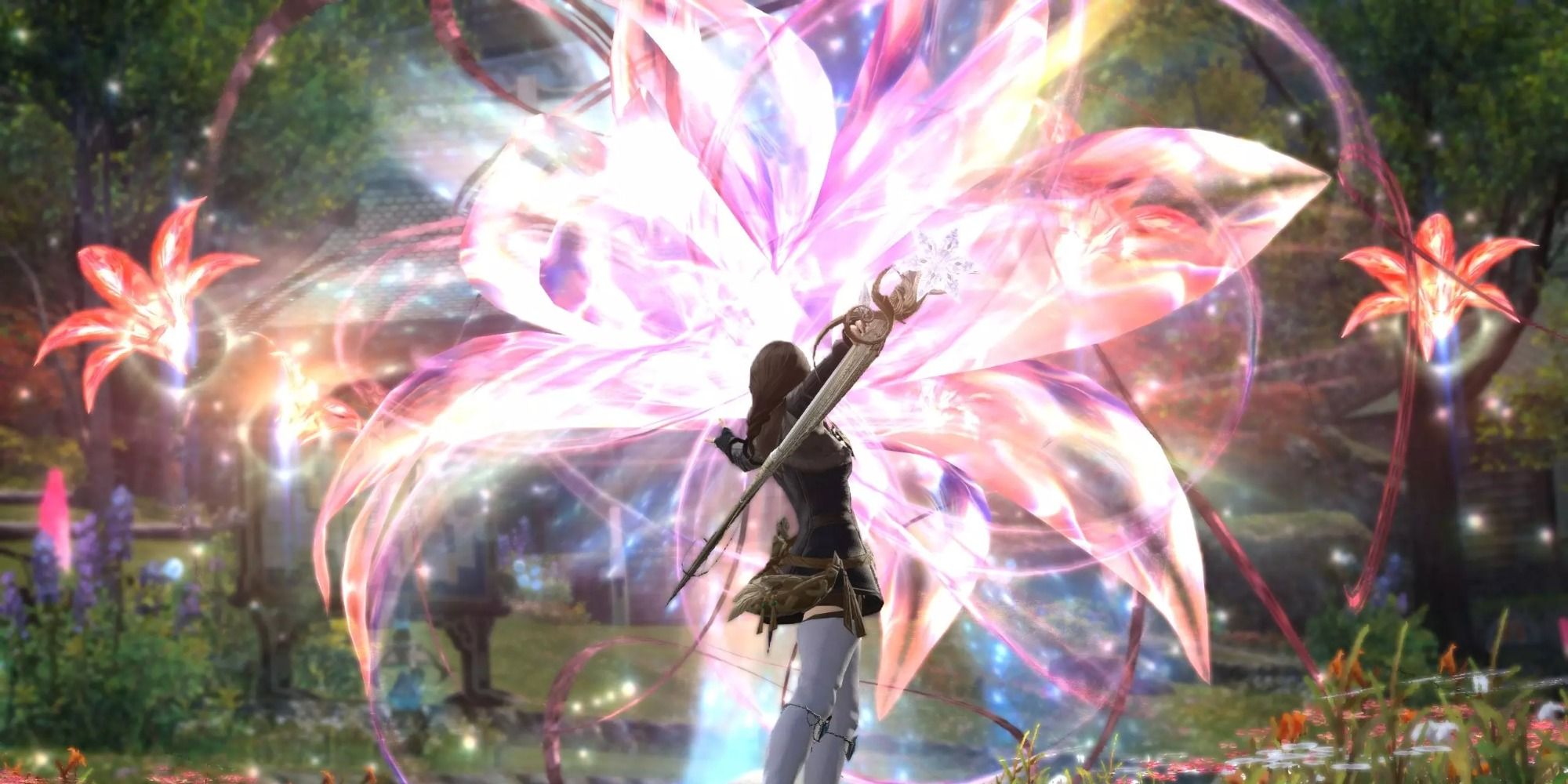 As with most jobs in Final Fantasy 14, you cannot jump directly into White Mage without first leveling a prerequisite class beforehand. In this case, you will have to reach Level 30 with the Conjurer class, which will lead you directly into the White Mage questline.

To become a Conjurer, you can either select it as your starting class when you start the game or will have to travel to Old Gridania and speak with Madelle (X:6, Y:11) and accept the quest "Way of the Conjurer." Completing the quest will unlock the Conjurer class, taking you one step closer to becoming a White Mage.

From Conjurer To White Mage

With your Conjurer class at Level 30, talk to E-Sumi-Yan in Old Gridania (X:6.0, Y:10.6) to begin the quest "Seer Folly." Successfully finishing this quest will grant you the Soul of the White Mage, enabling access to the White Mage job.

Next, to get the most out of the White Mage job, you must reach Level 90, which is not as breezy as you may think. If you're looking for ways of obtaining Level 90 as quickly as possible, please feel free to check out our guide outlining how to do just that! Furthermore, if you need a more detailed guide on how to unlock the White Mage job or any of the other jobs in the game, check out this guide for precisely that! 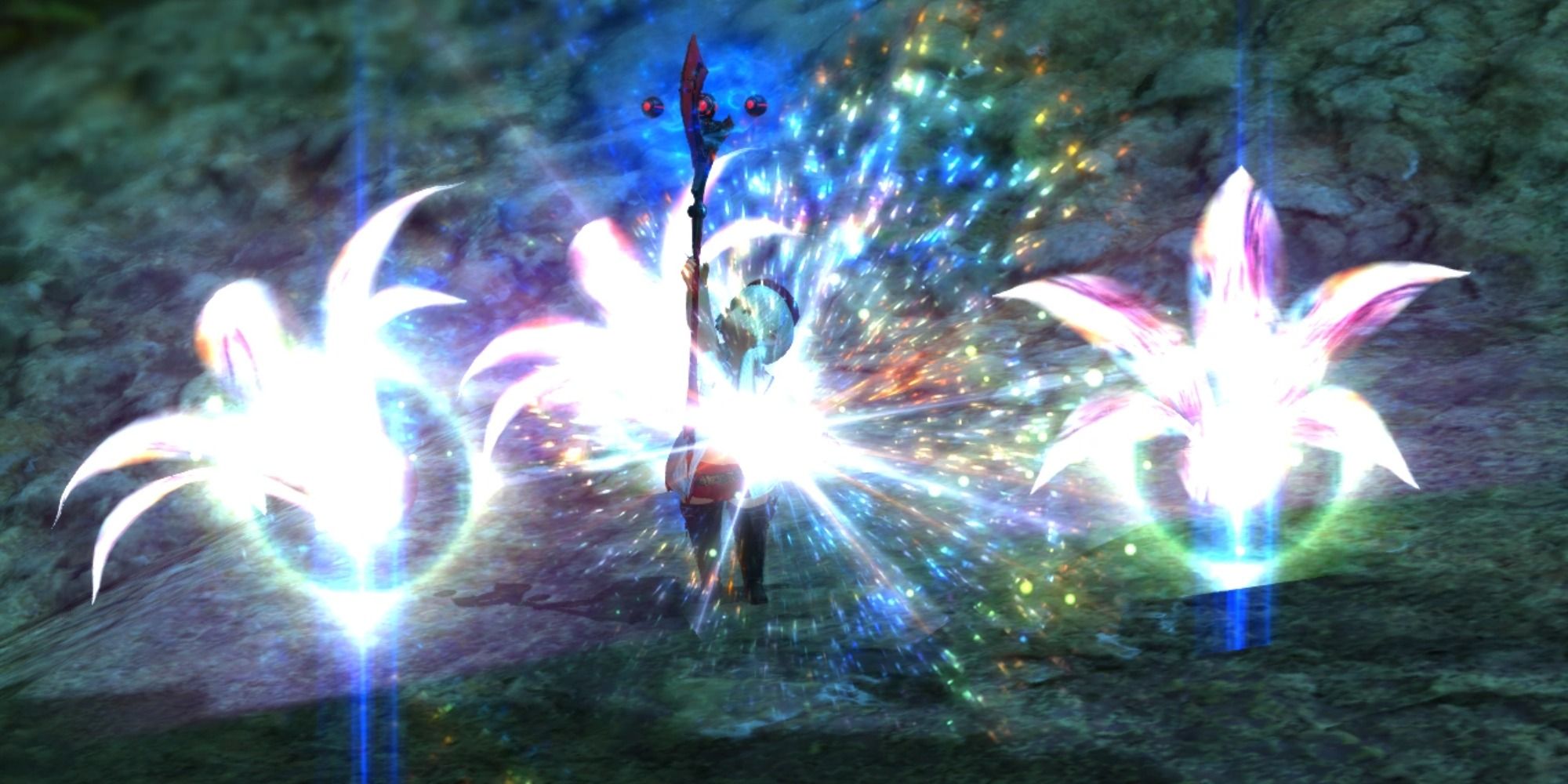 Since the White Mage is a Pure Healing job, it doesn't follow the basic rotation principles as other classes. While you will still have your standard go-to moves for single and multi-targets, you will also have to incorporate Healing you and your teammates amid battle, which can be tricky to get the hang of at first.

However, instead of covering the healing actions in this section, we will leave that for the "Off-GCD Actions" and "Openers" segments to avoid burying the lead of the main topic: White Mage's attack rotations.

Try to preserve the uptime of Dia by refreshing its timer with less than three seconds left on its dot timer.

For White Mage's AoE, you essentially spam-cast Holy while mixing in various Off-GCD Action, which we will touch on further below. 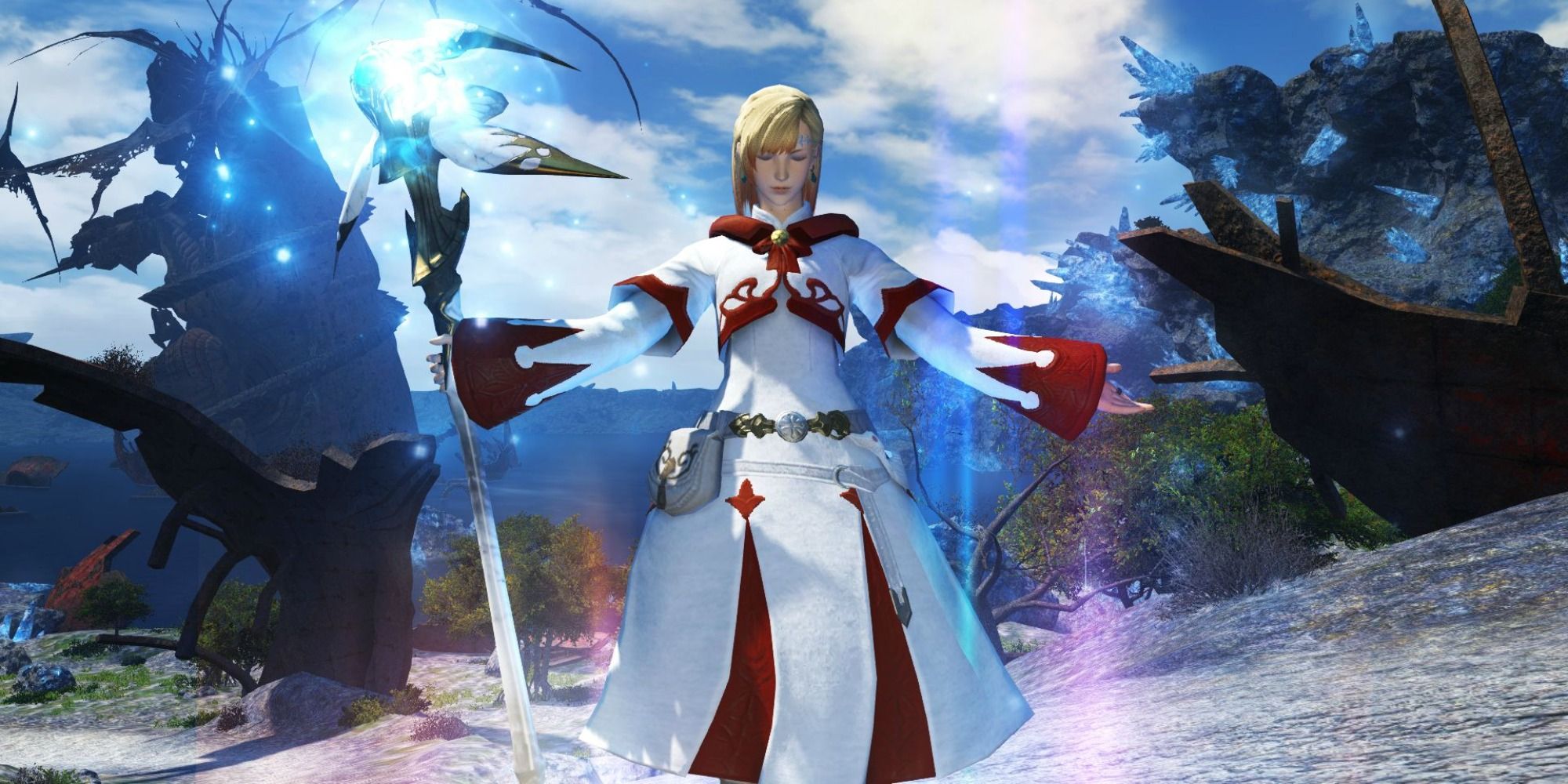 Off-GCD Actions for jobs such as the White Mage are largely situational and require you to drop what you're doing on a dime to prevent you or your teammates from falling in battle. In addition to weaving in attacks into your standard rotations, you are expected to keep an eye on your party and keep them topped off to avoid a fatal situation.

Reduces all GCDs (spell cast time and recast time/auto-cast delay) by 20%, lasting 20 seconds with a two-minute cool down. Presence of Mind is an excellent way to capitalize on White Mage's simplistic rotations and deal more damage as a result.

Assize is an Off-GCD that deals 400 damage to all enemies in the area while restoring 400 HP to you and nearby party members. You will also recover 5 percent of your maximum MP on cast, allowing you to weave in more abilities into your rotation. 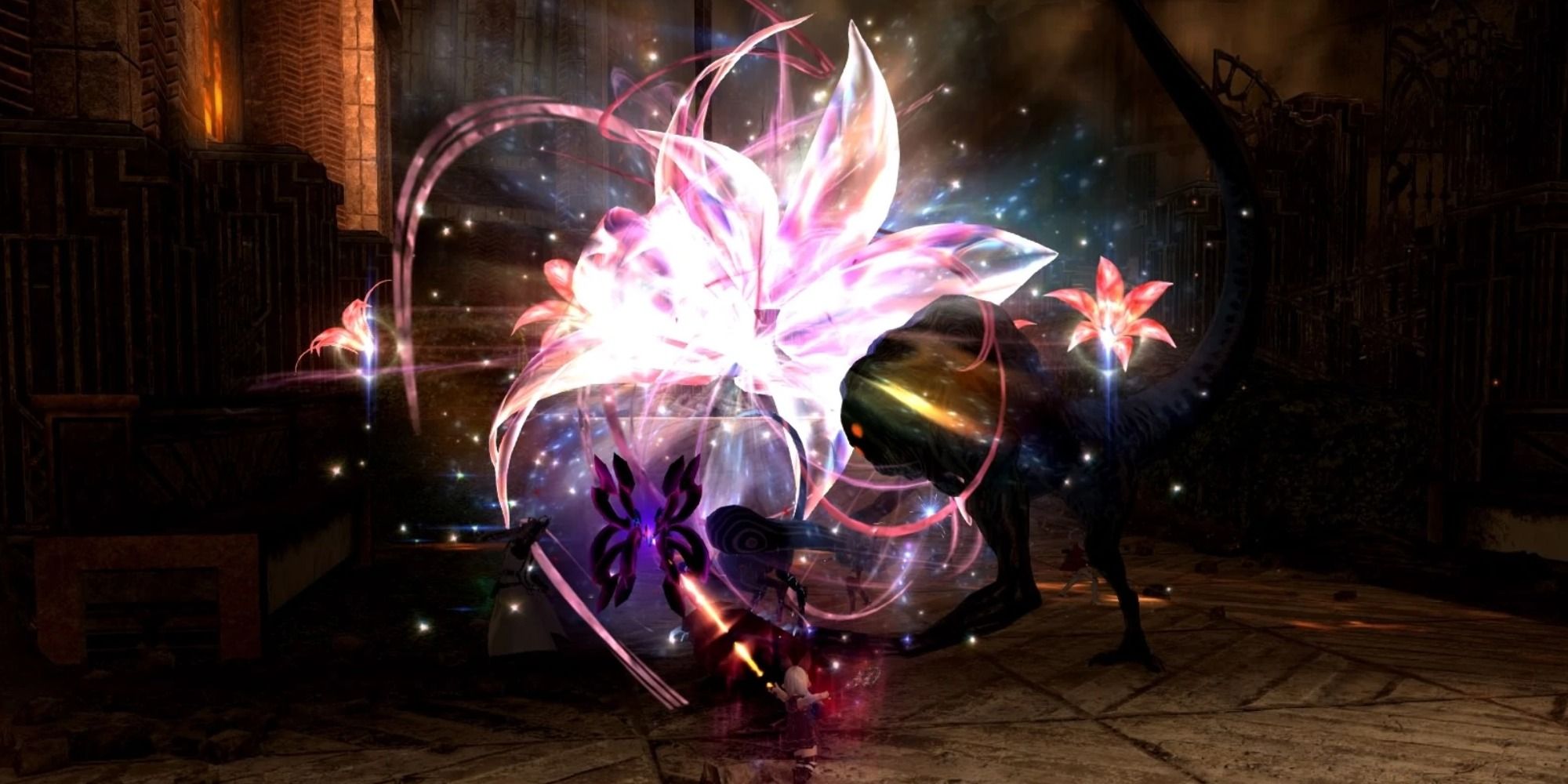 Typically, the Opener is the optimized sequence of actions you will open each encounter with before settling into your basic rotations for the remainder of the fight. However, in the case of the White Mage, you will have to keep an eye on your party and their health and determine which heals to use in real-time, as most of their role isn't static or set in stone.

Below is the essential opener for the White Mage. After getting through the opener, immediately focus on keeping your DoT up, your Off-GCD Abilities Presence of Mind and Assize whenever they're available, and keeping your teammates from kicking the bucket. While this may seem like a lot, the White Mage doesn't have much to work with in terms of attacking, so you aren't juggling too much once you get the hang of it.

If you're wondering which heals to use and jumped to the Opener from the jump, you can find the most crucial healing actions in the sections above! 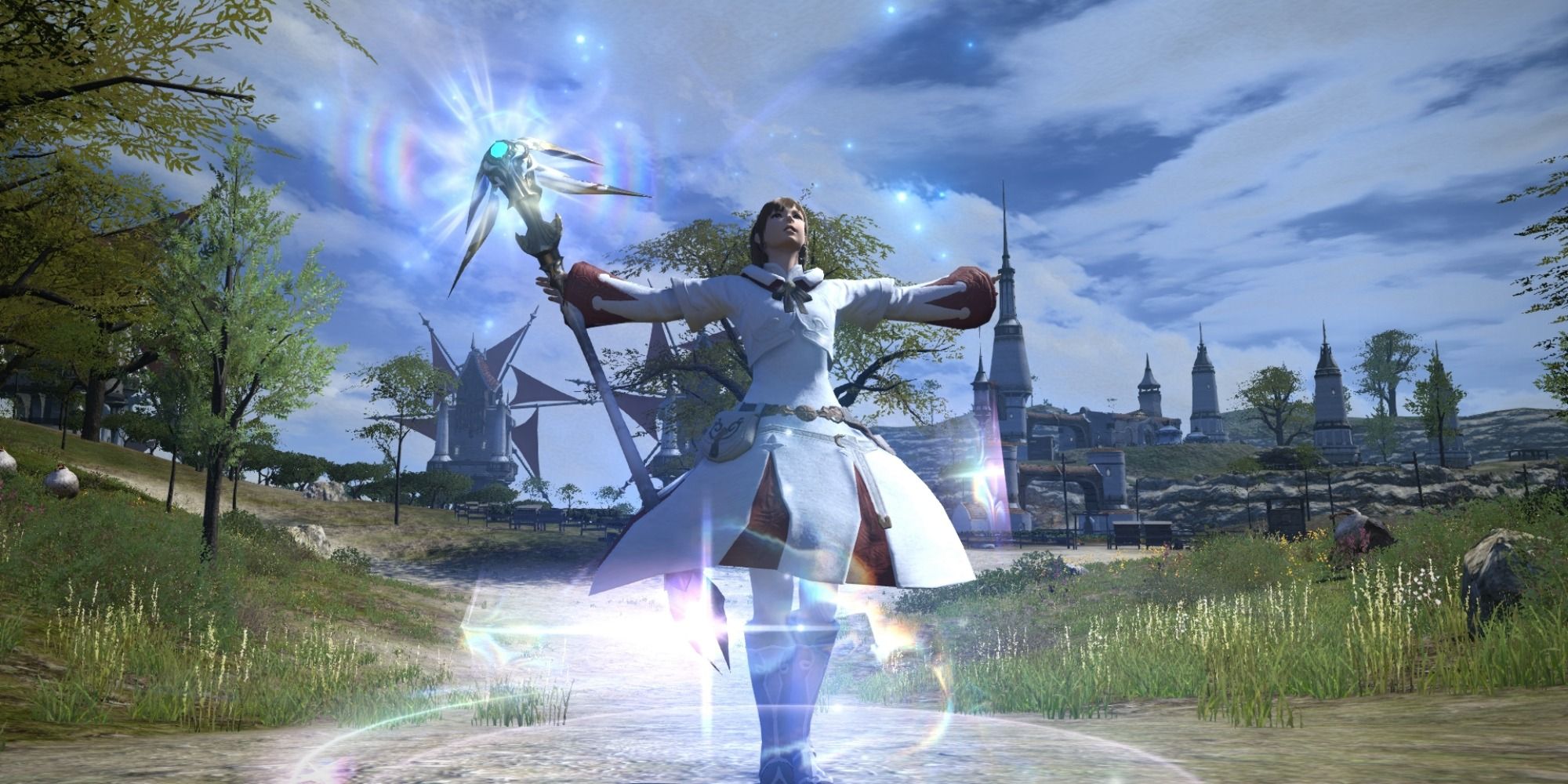 When it comes to managing equipment and Materia for your job, it can often be a bit overwhelming or easy to forget, especially if you aren't focusing too heavily on max-level content. Still, this is a crucial part of your build and will help you get the most out of your role, helping you and your entire party out. Below is an example of a Best in Slot White Mage build that takes into consideration the job's heavy MP usage.

If you need more information on how Materia works in Final Fantasy 14, look no further than our complete guide on it here! Furthermore, there are a couple more ways you can get a bit more performance out of the White Mage class. One of the methods was already touched upon, which is using the Grade 6 Tincture of Mind in your Opener. The second method is to consume food, with Pumpkin Potage being among the most popular and best choices.