As games get more and more serious and genres previously considered casual, like platform fighters, become more competitive, we all need to take things a little less seriously sometimes. That’s where party brawlers like Gang Beasts, Human: Fall Flat, and Party Animals come in, letting you switch off, smash some buttons, and send friends flying with ease.

But do any of them let you change gravity with the push of a button a la Gravity Rush? That’s where Flippin Misfits, the next game from Dead by Daylight developer Behaviour Interactive, comes in. This 3D arena brawler might seem like what would happen if you gave the Gang Beasts a sword, but after playing a few rounds with the dev team, its unique central hook and more defined combat make it one to keep an eye on.

Flippin Misfits’ core gameplay loop will be familiar to anyone who’s played a party brawler before, although there’s a bigger focus on elimination here – you and three other players step into an arena and fight against one another to see who can be the last one standing. Or floating, I guess. 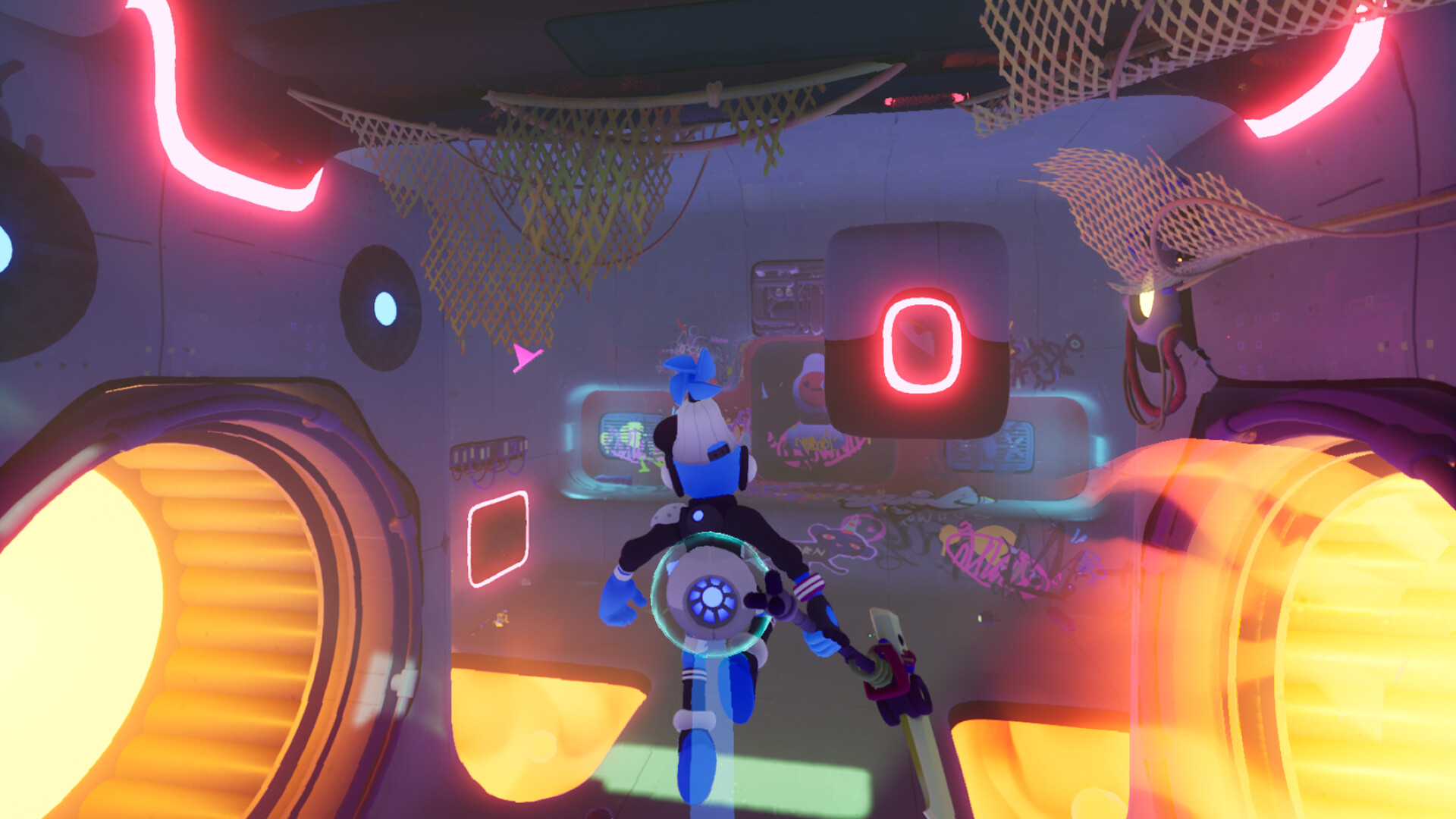 The big ace up Flippin Misfits’ sleeve is the ability to change the direction of gravity, either by walking onto another surface or by pressing a button to essentially leap towards whatever surface is in front of you. When combined with the ability to dash and flip, it does end up feeling like a faster paced Gravity Rush, something lead game director Jean-Philippe Laberge notes was intentional.

Having to control gravity and keep an eye on other players trying to attack you might sound like a lot, but it’s surprisingly easy to get the hang of after just a few rounds. I mean, I was still launching myself into the sun amidst more open maps that took place out in space, but at least the initial feeling of nausea and wondering which way is up started to disappear after a while.

Even after only 30 minutes with the game, I could tell that Flippin Misfits’ movement systems have a lot of potential. In just five rounds, I was already learning lessons that shaped how I played, such as combining dashes with gravity flips or purposefully attacking an enemy to make up for a whiffed jump that threatened to send me flying out-of-bounds. It seems pretty expansive, and I’m excited to see how its players shape the meta and figure out tricks I simply didn’t have time for or might not even have the skill to learn. 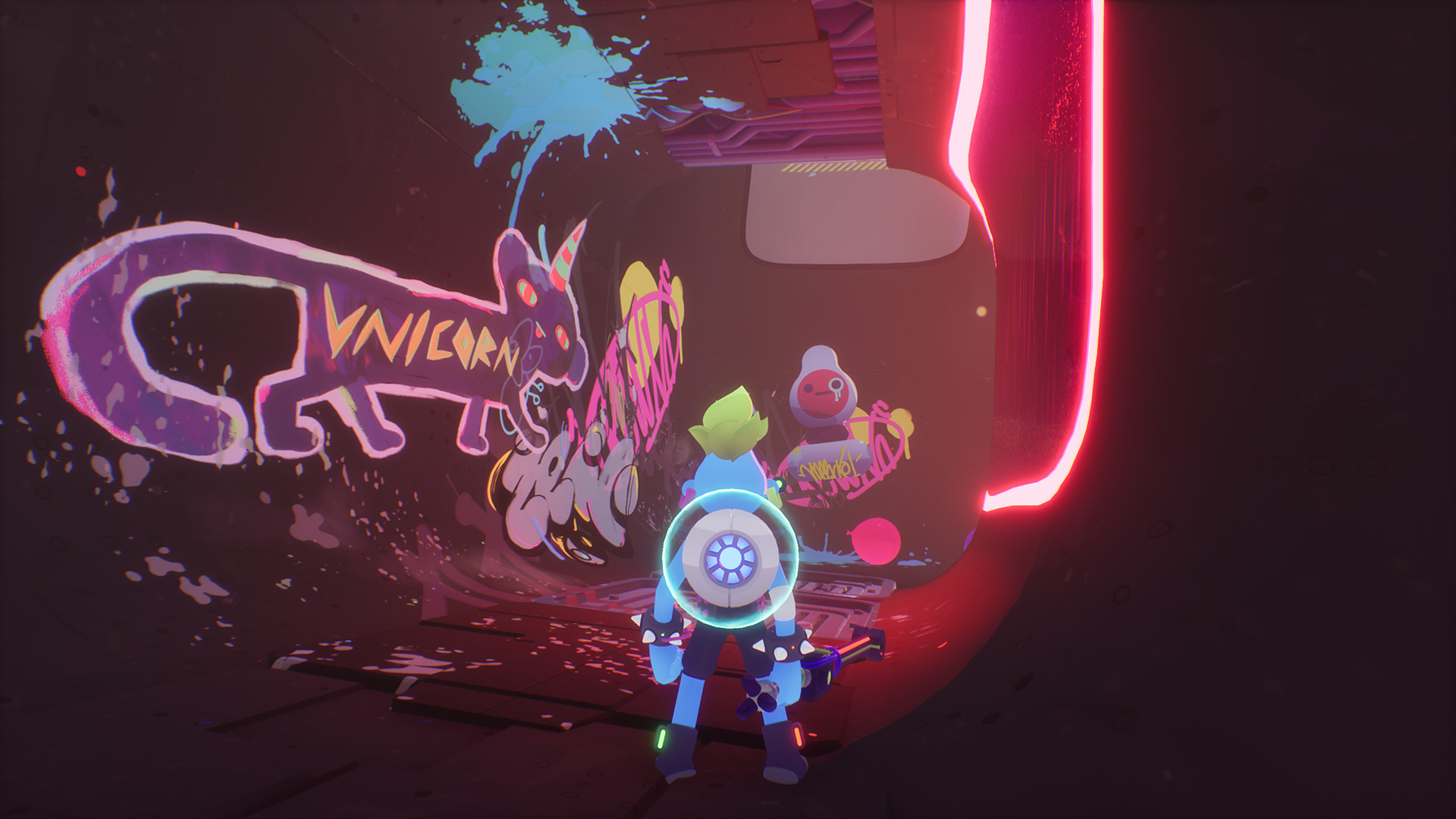 While I felt like I barely scratched the surface with its movement, combat was much simpler, which seems fair considering how disorienting gravity swapping can be. Running into another player will cause a lock-on meter to appear, changing colours the closer you are to the enemy, and then letting you press a button to rocket forward and attack.

Those being attacked have a chance to time their own strike to counter, causing a clash to take place and sending both players flying back to strike again until only one remains. Once you understand how basic clashing works, it becomes a case of trying to psych your opponent out and make them strike first. That is, if you’re not taken out by a passing mine first.

Flippin Misfits also finds distinction in its mod system. At the end of every round, each player gets to select between five mods that change up their playstyle, such as letting them jump higher, dash further distances, break weapons when clashing, and, in the most frightening of examples, leave mines behind when they die. Not only does this keep things fresh, but it also acts as the game’s comeback mechanic. Players in last place get to choose which mod they want first, wiping it from the board for the rest of the team and usually leaving the player in first place with a significantly less impressive buff. 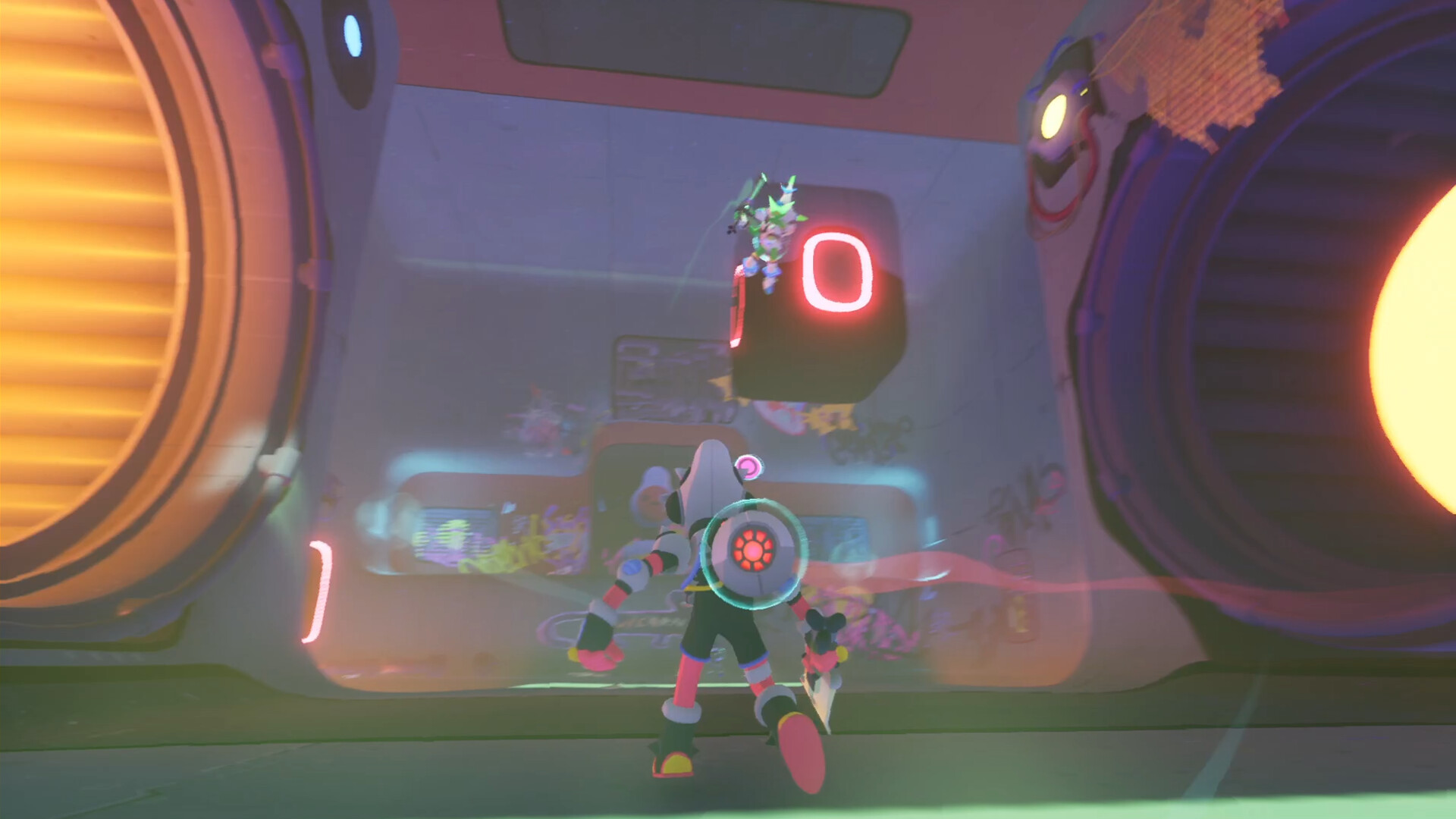 I can already picture the reactions when the mine mod pops up for the player in last and the hierarchy of power gets flipped on its head completely, which feels perfect for the party vibe that Flippin Misfits is going for. This attitude is also reflected in the maps themselves, which are just as full of obstacles and danger as the players you’ll be going up against. Surfaces that instantly kill you, floating mines, bumpers that disable your gravity control and, I think I mentioned this one, the sun, all make even just moving around a challenge to overcome, especially in the more open maps that practically beg you to fly off into the atmosphere.

One thing that I appreciated about Flippin Misfits is that, despite a clear focus on being a party brawler, there’s still a level of skill involved. Having played hours upon hours of Gang Beasts with friends, it’s clear that the best gamer doesn’t always win and the rules can be a little loose. Call me overly competitive, but if I lose, I like to know that I lost for a reason. By having systems like mods combined with a defined combat system that works on timing, Flippin Misfits finds a good balance between competition and fun.

I only got the chance to play one full round of Flippin Misfits, but by the end of it I was ready for more gravity-bending fun. Its unique take on party brawlers and central gravity-flipping mechanic make it feel distinct in a sea of games trying to replicate the same vibe, which makes me hopeful that it’ll find the right crowd to launch off the ground. Just, not into the sun – trust me on that one.