Funkoverse is a strategy board game that uses collectible miniature Funko Pop! figures as the player pieces. The brilliance of the game is the way Funko has designed every different version of the game to be compatible with each other. Whether you start with Harry Potter, DC Superheroes, or Jurrassic Park, all of your Funkoverse figures can be played together like a massive cross-over nerdtastic amusement park. I didn’t expect much from the game beyond that initial concept, but after my first play session, I discovered the game is so much interesting than I ever expected it to be. It would be an understatement to say I’m pleasantly surprised by the depth and complexity of Funkoverse. In fact, I’m mildly obsessed with it now.

Funkoverse Is Ticking All Of My Boxes

Here’s a confession: I’m hopelessly addicted to collecting things. If you’ve seen any of my Pokémon card opening videos you probably have some idea at the way my eyes light up and my heart sings when I find something shiny and new to add to my collection. Sometimes I think of myself as a dragon sitting atop a mountain of trading cards, Disney pins, and Skylanders figures.

I’ve got a handful of Funko Pop! figures of my favorite characters spread around my display shelves, but Pop! figures never triggered my insatiable lust to collect. The endless walls of toys at every Gamestop, comic book store and gaming convention intimidated me and I suppose knowing I’d never have all of them kept me at arm’s length. But Funkoverse flipped the collector switch in my brain this week, so before I get into the exceptional board game packed in the box, I want to talk about how great the figures are. 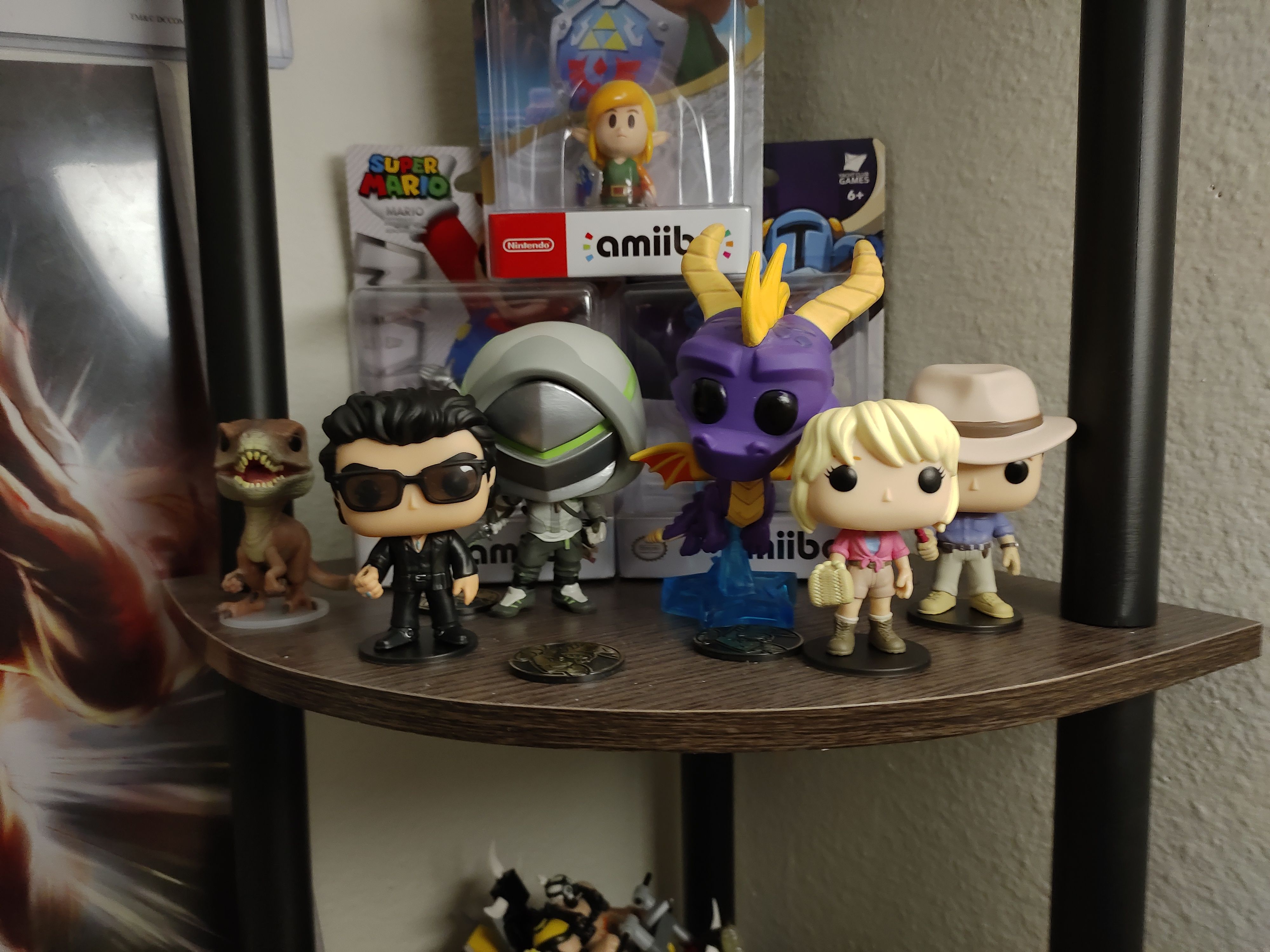 There’s a lot of reasons I love Funkoverse figures more than the standard Funko Pop. They’re much smaller, meaning I can fit more of them on a shelf. They all come with bases so they stand up better than a lot of regular-sized Pop! figures. You don’t need to worry about whether you should keep them in the box or not because you have to take them out to play the game. Most importantly though: every figure has stats, abilities, and an identity that goes beyond the character they represent. Like Pokémon cards and Skylanders, each figure intrinsic and extrinsic value. This fact alone makes them so much cooler than regular Funko Pops.

For me though, the reason I’m obsessed with these little guys is that I know have the ability to collect them all. The first series of Funkoverse came out with 2 base game boxes, Harry Potter and DC Heroes, as well as several cleverly named “Expandalones” for more Harry Potter, DC, and Rick and Morty. The second series, the one I played with for this review, includes 2 Jurrassic Park boxes, a delightful Golden Girls box, and the first single character expansion Aggretsuko. I priced it out on Amazon: you can get every existing Funkoverse product for around $200. You only need one version to have a great time playing the game, but just knowing I can easily have all of them is really revving my engine.

The game is for 2-4 players and I’ve only played it with 2, but couples games are hard to come by and the game feels great for 2 players. No matter which version of the game you get, almost everything in the box is functionally identical. Each figure has a character card with 3 active abilities, a passive ability, and a defensive stat. Some characters come with supplementary tokens or dice that are specific to only that character. Each box has a 2 sided board and 2 scenarios for each side, meaning every base game and Expandalone comes with 4 different game modes to play. I love the attention to detail in the variations between boxes. There’s different art on the game components that make every set feel unique, for example, the tiny colored point markers that come in every box are amber with little mosquitos printed in them for the Jurassic Park set.

After you choose a board and a scenario, each player chooses 3 characters to make up their team. If you only have a base set or Expandalone, you’ll need to supplement your team with the included basic character cards, these are characters with no figures and no special abilities. For this reason, I recommend getting a minimum of 6 figures to play the game the way it’s meant to be played.

Learning all of the character’s abilities, interactions, items, and strategies can be a bit overwhelming during the first game. The character cards don’t have strong keywords and many have tokens and systems unique only to them. It is to the game’s advantage in the long run though; the variety of gameplay between boards, scenario, and team compositions makes the game highly replayable and deeply strategic.

The scenarios are familiar game modes like Capture the Flag, King of the Hill, and Control Points, and the games are a brisk 20 minutes that always seem to stay neck and neck until the exciting final round. I love experimenting with different characters and discovering their strengths in different situations. Some characters fill a more support-like role and can move quickly across the board to provide boosts to other characters while others feel like unstoppable tanks, knocking back everything in their path. Every character has a distinct identity and role and I love learning how to use them effectively. 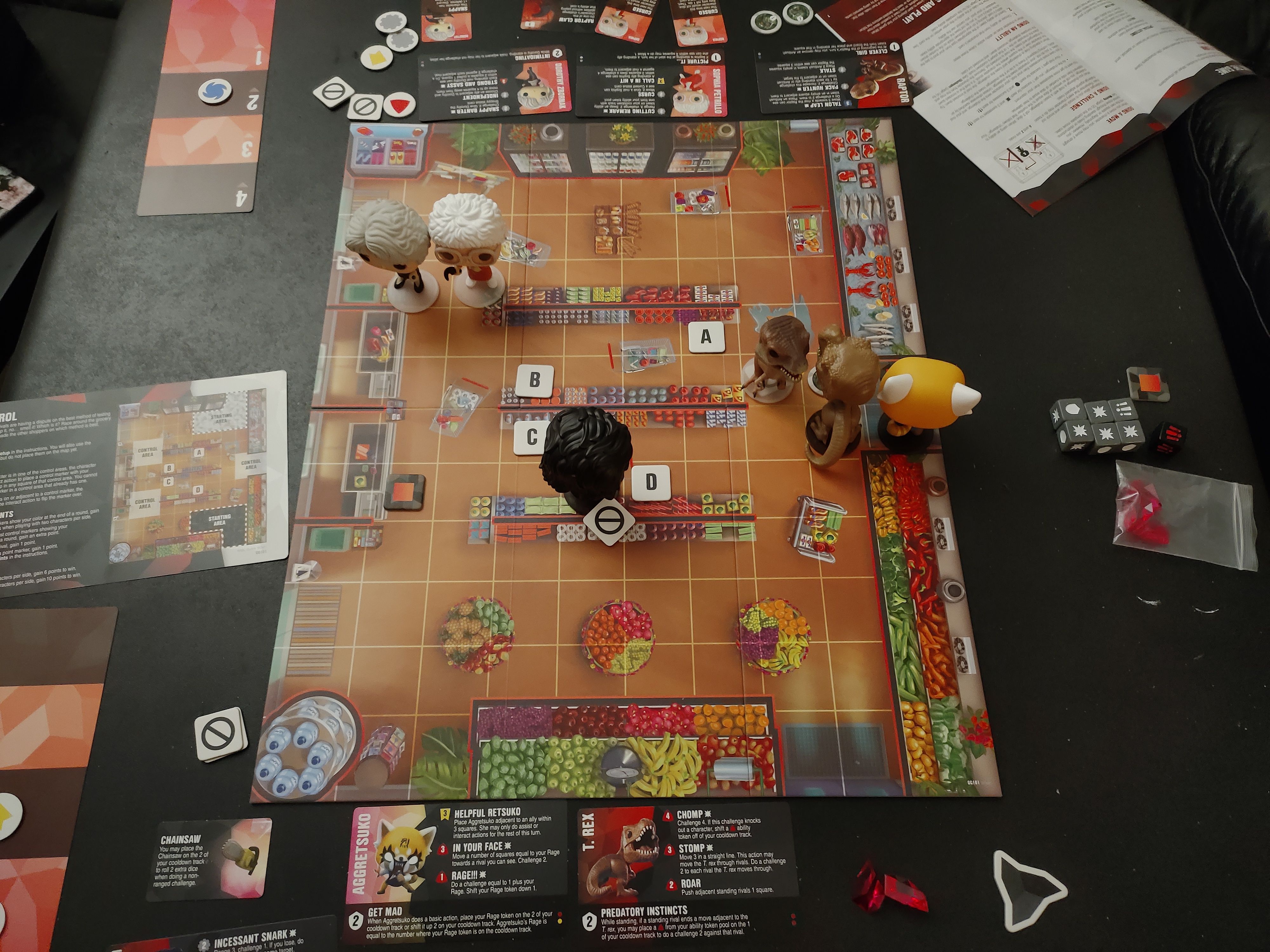 I wouldn’t at all be surprised to find a competitive scene and meta tier-list form around this game. With the currently available sets, there are 2,300 team compositions possible and 36 different scenarios to play. I don’t see myself getting bored of Funkoverse anytime soon.

A Strategy Game For Collectors? Get Out Of My Brain Funko!

I was sold on Funkoverse when I saw the Golden Girls Expandalone. I was delighted to find a new collectible that was as useful as it was fun to look at. And I was smitten when I finally played the game and discovered how engrossing the strategy is and how much variety is packed into every box. Funkoverse is at the top of my pile come board game night and I can’t wait to get my friends in on it and mix it up with the characters they bring to the table. If you’re looking for a new board game to sink your teeth into you’ve got to try Funkoverse.

Funkoverse Series 2 was provided to TheGamer for this review. You can learn more about Funkoverse on Funko’s website.