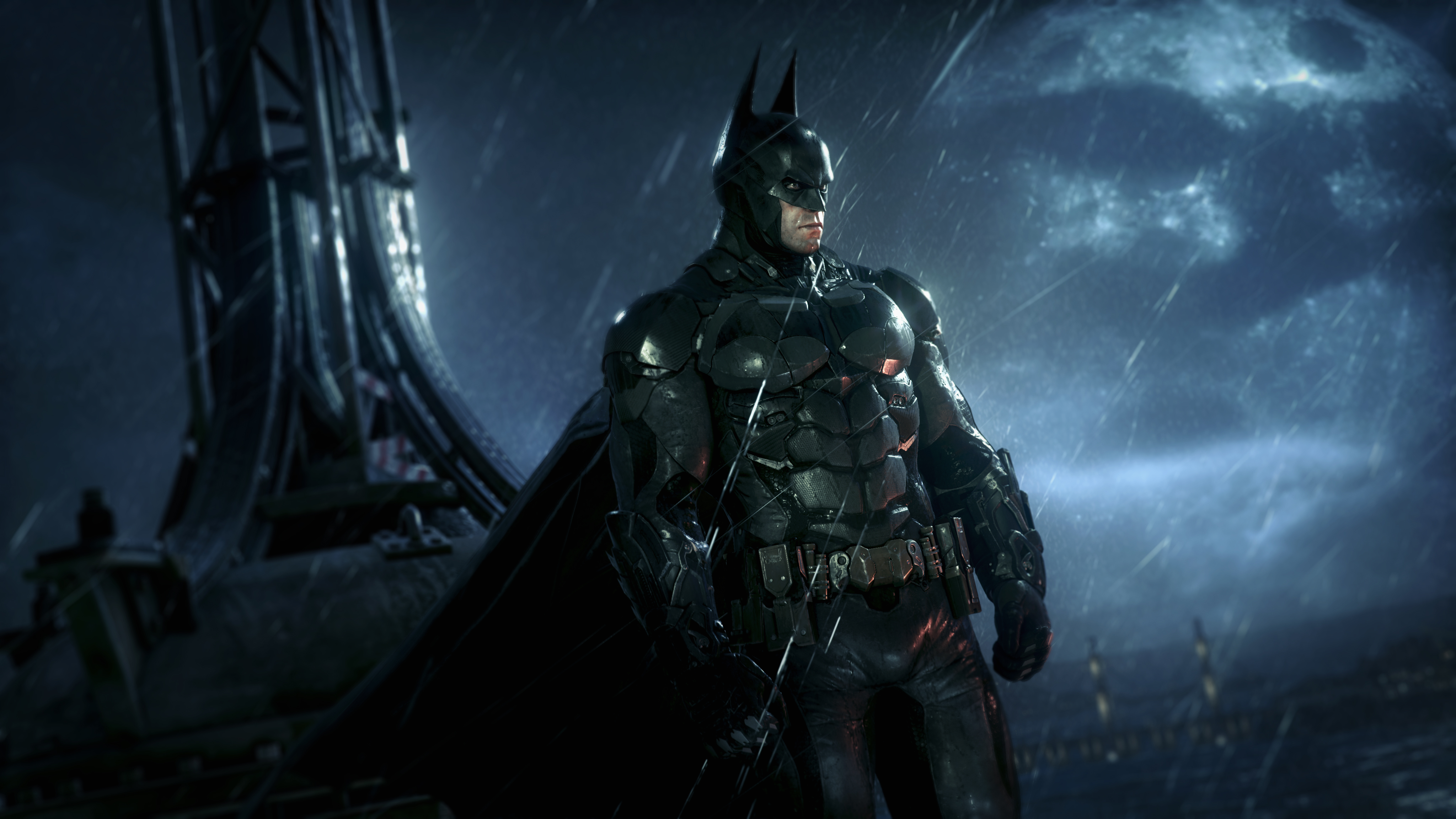 The Friday letters page suggests a Call Of Duty x Starship Troopers crossover, as one reader falls in love with Dragon Age Origins.

Time to beat
I have to admit that I’m surprised that even mobile games have seen sales go down this year. I guess what goes up must come down, and that a lot of the people playing games during lockdown haven’t stuck around. Clearly there’s not been much to excite anyone in the last three or four months but there’s a pretty obvious silver lining to all this: my backlog has never been shorter!

Ever since I beat Elden Ring I’ve basically bought and plaid nothing new, only what I already own. The oldest game I beat was Ōkami (started it a bunch of times but never beat it) and the newest was the God Of War reboot (wanted to get ready for Ragnarök, obviously).

Overall, I think I’ve beaten six games this year and probably around 20 since the pandemic started. Now that my backlog is thinning out (Batman: Arkham Knight is next – I kept putting it off, given all the complaints about it) I feel I’m getting ready for the new releases to start. Although I’m sure I’ll get back to the old problem very quickly.

This is why I don’t subscribe to PS Plus Premium, by the way. I don’t need my backlog to suddenly increase by hundreds of games when I know I’ll never get round to any of them.
Slaven

Would you like to know more?
I have not been following Call Of Duty like most but I do acknowledge that the games have good gameplay and lots of content. If we are looking at where the games can go next, then maybe it’s more in the future than the present or past.

I would like to see a Call Of Duty game based on Starship Troopers where the war is against these giant intelligent bugs. The game would feature a new enemy and provide total new environments to explore. The scale of the enemy and the battles in the landscape can provide a potentially interesting battle.

Another idea is if they had a game based on Terminator, with a concept similar to Binary Domain on PlayStation 3/Xbox 360. These ideas might be a bit radical and too fictional, but it’ll be quite different.

Ideally, they would just alternate between past war, present war, and future war.
Matt Riddle

DVD machine
I’d be surprised if the Switch overtook the PlayStation 2 (sales of which were aided by it being a DVD player), but I’m not really sure what yesterday’s letter saying the Switch doesn’t ‘deserve’ to be the best-selling console means. Surely a console simply deserves whatever sales it gets? Clearly a lot of people have made the judgement that it was worth purchasing a Switch based on the hybrid nature of the console, the games, price point, etc.

Talking of games, to say that the Switch doesn’t have a great variety definitely isn’t true, and I could list at least 50 great titles available for the console. You have the big first party games like Zelda: Breath Of The Wild, Super Mario Odyssey, Super Smash Bros. Ultimate, and Mario Kart 8, as well as third party titles such as Bayonetta 2 and Mario + Rabbids. Then you can add all the indies such as Into The Breach, Disco Elysium, Hades, Slay The Spire, Death’s Door, Neon White, etc., etc. to that mix as well!
drlowdon

Battle of the anti-bargains
I read Sunny’s letter yesterday comparing the upcoming PC release for Spider-Man with The Last Of Us Part 1 on PS5.

I’m not a PC player myself but understand that generally speaking PC gamers don’t expect to spend £50 on a game and usually enjoy significant savings compared with console gamers. I get some of the frustration with spending a premium on a game that is four years old at this point. However, at the same time it does include all the DLC and a similar Game of the Year Edition is listed as £45 on the PSN store.

So by comparison the difference isn’t too unreasonable. Granted you can pick up a physical copy far cheaper (Argos have the Game of the Year Edition for £22) but that says more about the ridiculous prices of digital games than one particular PC game.

The other point of note is that this is the first time PC players will be able to experience the game. The Last Of Us Part 1 on the other hand is already available to PlayStation 5 players, albeit the PlayStation 4 remastered version for £16 on the PSN store or free to certain PS Plus subscribers. The £70 price point is therefore over a 400% increase and since it won’t have the multiplayer element included actually has less content.

I’m not saying Sunny doesn’t have a point, and perhaps paying a premium for a game that can be purchased significantly cheaper on other formats is unfair, but in my opinion there is absolutely no comparison and The Last Of Us Part 1 is by far the most ridiculously priced of the two and making this comparison undermines his argument somewhat.
matc7884

Double the discount
RE: Sliding Scale. A new PlayStation 4 game costs £59.99 and Spider-Man (2018) would have cost this upon release. As such, a £10 discount for a close to four-year-old game seems unreasonable, especially when Sony’s own digital store sells the game for £34.99, and most shops are selling new physical copies for below £20.

Although I of course appreciate the game is remastered for PC and comes with the DLC, so fair play on that adding to the price point. Honestly, I’d be a lot more inclined to buy the game if it was £39.99.
Sunny

Single focus
Those Switch sales are really impressive, it wouldn’t surprise me if it does become the best-selling console ever. Nintendo have pretty much made the Switch a success on their own. They have had to always support two consoles SNES/Game Boy, N64/Game Boy Colour, GameCube/GBA, Wii/DS, Wii U/3DS now with the second console burden lifted I would suspect that future console sales will be in the same sales bracket of over 100 million.
Alek Kazam
PS: I have been catching up on some Disney+ content. This will be an unpopular opinion, but I am finding the whole experience of the cinematic universe and extended timelines baffling. I haven’t watched all the movies and shows and in some cases I have forgotten what happened, having watched the previous releases of said film or TV show. I find myself lost as to what is happening and why it’s happening. Feels like homework having to recap everything.

Semi-hidden gem
I’m not a big fan of role-playing games in general. Nor am I a fan of the fantasy genre, especially not the Lord of the Rings sword and sorcery types. But somehow I started playing Dragon Age Origins, a 13-year-old game so outside of my radar, as part of my EA Play subscription and so far I… love it?

The narrative is engrossing from the beginning, especially after a fateful war and a certain betrayal set-up the story, with twists at every turn. Each main and side quest can be completed in different ways, where the choices you make are very meaningful and have continued impact on the rest of the story and the world. A wayward comment can mean locking out or opening up an entire side quest or character interaction.

The graphics are a bit dated but there is an active mod scene to this day tweaking, correcting bugs, and adding content to the game.

One thing that is difficult to get used to is the combat, which is a mix of turn-based and real-time, where there are a lot of things to keep track of and you’re not sure what is happening half of the time.

I know Dragon Age Origins is not exactly a hidden gem, but it doesn’t have the same dedicated following and name recognition like Elder Scrolls, Witcher, or Mass Effect. Too bad the follow-up games were not as good, and there are rumours Dragon Age 4 will be games as a service? Alas, I will enjoy it while it lasts.
Ali K

GC: Dragon Age 4 is not going to be a games as a service title anymore, they changed direction a while back.

Fallout 76 should never have been made. The Fallout franchise is based on a sole survivor, not a multiplayer game. If Tomb Raider becomes multiplayer I for one will not be buying it. End of game.
Anon

Depth of choice
After reading the letter claiming that the Switch doesn’t have a diverse library of games I felt compelled to write in. I absolutely disagree with that opinion. Yes, if you look on the shelves of the supermarkets you will see the usual Nintendo IPs (Pokémon, Mario Kart, Kirby, etc.) BUT that’s in no way the full story of the Switch. It is hardly just a few first party games and a few extras!

While my Xbox Series X sits unused, its library of games really not appealing to me, the Switch library I own runs into over 300 games. It has a diverse catalogue of indie titles, Japanese role-playing games, arcade games, retro classics, racing games, and platformers. Admittedly, it’s not the best at first person shooters but I grew despondent at the state of AAA gaming many years back. Nintendo, and by extension the Switch, was and remains a breath of fresh air in a quickly stagnating industry, where innovation and creativity is too risky an option.

Since the launch of the Switch I have had some outstanding experiences playing games such as ARMS, Splatoon, Hollow Knight, Bayonetta 2, a wealth of Japanese shoot ‘em-ups, and memorable coach co-op and competitive games. I could go on but I think the point is made: the Switch is more than its famous big hitters.
Bristolpete

When is the new Tomb Raider coming out?
Anon

GC: Nobody knows, probably including Crystal Dynamics. We’d be shocked if it was out before 2024 though.

This week’s Hot Topic
The subject for this weekend’s Inbox was suggested by reader pete216state, who asks what’s the best graphics you’ve ever seen on a particular console?

It doesn’t have to be the best graphics ever, just the best graphics on that format. So, for example, the best looking SNES game or Xbox 360 title. What impact did the graphics have on you at the time and what games have since surpassed it?

Is your choice made primarily from a technical or artistic perspective, and if it’s the former how long did it stay on top?