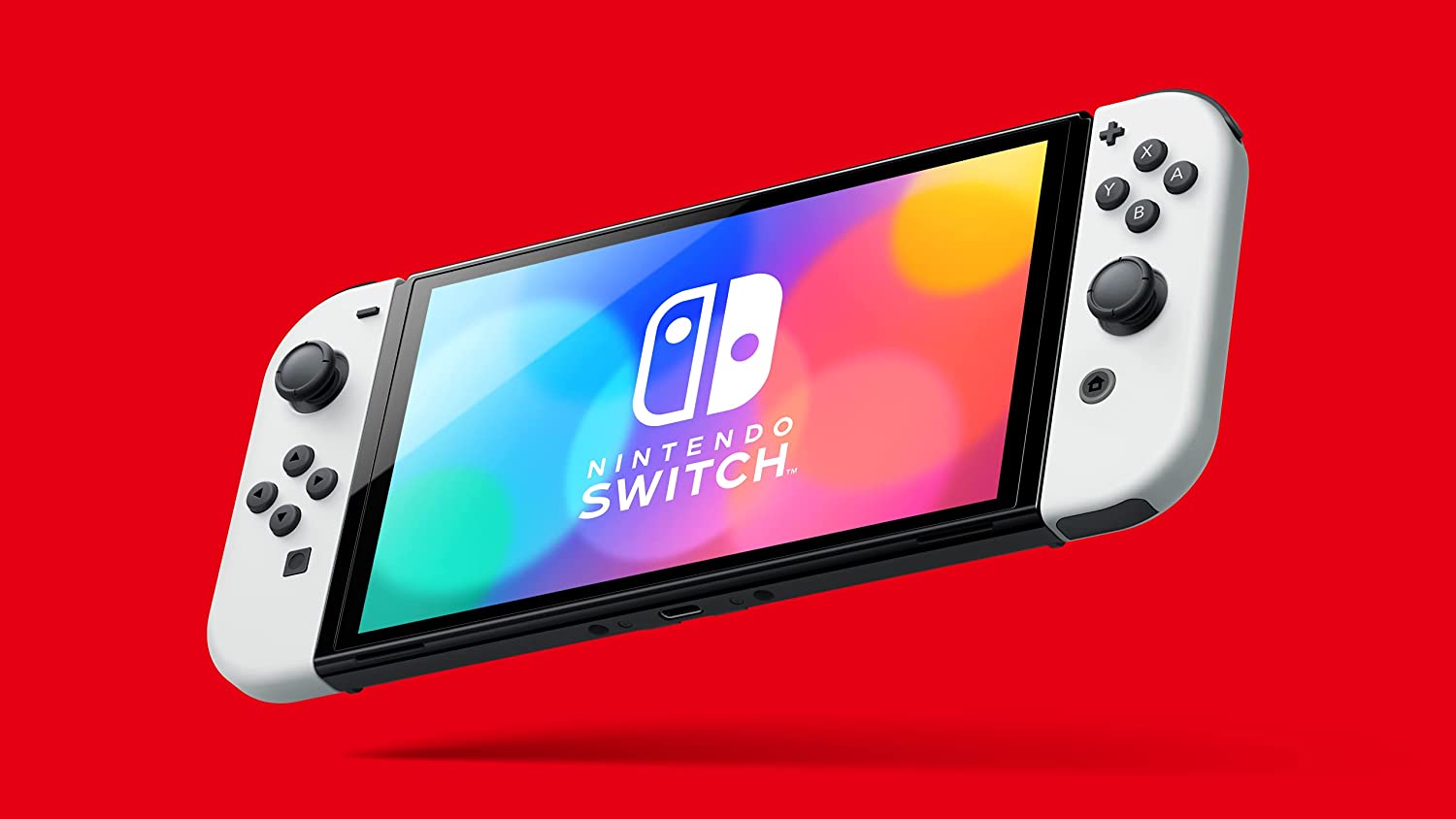 Bronze medal
I gather we must be in the middle of the financial reporting season for games companies at the moment, given all the info about sales and publishers having to deal with the comedown from the highs (in terms of the number of people playing games) of lockdown.

The most interesting one so far, for me, is how well Nintendo is doing with the Switch and its games, even as sales are dropping alongside everyone else. A lot of those games, like Mario Strikers and Nintendo Switch Sports I thought to be pretty minor, but it seems they’ve done really well.

The big shock though is realising that the Switch is going to end up as at least the third biggest console ever and maybe even has a shot at number one. But does it deserve it?

In my opinion, no. Don’t get me wrong, it’s a great console but I feel the PlayStation 2 and DS have earned their place at the top because of the sheer range of games. There’s nothing those two consoles couldn’t do, within the limitations of the time, but I still feel that the Switch is pretty much just first party Nintendo games and a few extras. It hasn’t got the variety and not event really the quantity to be number one.

It does deserve third place but for me, conceptually, it doesn’t go any higher.
Crombide

Radio silence
Umm, does anyone know what’s happening with the Xbox release of Deathloop? I get that Sony had an exclusivity deal on the game but I thought it was only 12 months. I thought it’d be coming to Game Pass in September but there hasn’t been a peep from Xbox marketing.

Did the exclusivity get extended or does it include even mentioning the game before September?

Answers on the back of a postcard to…
DarKerR (gamertag)

GC: There was never any official confirmation, but it is probably 12 months. Microsoft is likely prevented from promoting an Xbox version until the exclusivity is completely up. Otherwise they could’ve been encouraging people just to wait and not bother with the PlayStation 5 version.

Space Crusade
I’m response to Tom’s letter yesterday, about the lack of AAA Warhammer games in recent times and particularly the lack of an XCOM style one. He really needs to check out the recently released Warhammer 40,000: Chaos Gate – Daemonhunters, which is exactly what it sounds like he’s looking for.

You control a squad of four and it has all the production values of a AAA game. I’ve been playing it and think it’s great and it reviewed very well too, so I’m not the only one. I say this myself too as someone with no interest in Warhammer, I just love XCOM style games and this is a fantastic example.
Angry_Kurt (Twitter)
Now playing: Metroid Dread (Switch), Warhammer 40,000: Chaos Gate – Daemonhunters (PC), and F1 22 (PS5)

Metal Yakuza Gear
So I downloaded the PS Plus games this month, liked the look of the Yakuza game and I’m getting into it, but the cut scenes are just excessively long, as in Metal Gear long. Setting the story is one thing but these are starting to drag.

It’s a good game when you actually get to play it but in the three to four hours I’ve clocked up there’s not much playing so far.
Liam

Harsher punishment
For me personally, Call Of Duty and online games are getting ruined by cheating and the emphasis on most games is you buy the game then they say, ‘Oh here’s a battle pass or extra maps.’ At the moment, the biggest problem is the cheating. I am really enjoying Escape From Tarkov but that has started getting so many cheaters.

I wish more games had the same elements. Let’s take Escape From Tarkov but make the AI harder and just do PvE, were you can go in with, say, three friends and do things without the need for other players. There needs to be more consequences for cheaters when they are caught. All they do at the moment is make a fresh account and start again. They are messing with the files of game, etc. they should get a big hefty copyright fine for messing with the game’s program.
Anon

24 hour gamer
So about Microsoft buying Activision, I wouldn’t like it because I only play on PlayStation and I bought most of the Black Ops with my money and I play Call Of Duty games every day, non-stop.

Plus, I don’t have an Xbox, so if Microsoft does ruin Call Of Duty so only PC and Xbox players can play the games, and PlayStation players can’t, we all will be mad and just not use Microsoft again, because it can ruin it for everyone.
Anon

Old before their time
I don’t want to start this debate off again, but I was surprised that GC let VFRMonkey’s message in Monday’s Inbox go without pointing out that an eight-year-old probably shouldn’t be playing a 16-rated game, no matter how good they are (and they do sound stupidly good).

It did get me thinking though. Most professional gamers are at their best in their early 20s (here speaks a 38-year-old that knows what time does to your reflexes!) but most competitive games have an age rating of at least 15.

There’s no way that those people haven’t been playing such games for many years before that, so if you have a talented child, what are you meant to do? Abide by the age rating, effectively ruining any career they might have? Or ignore it, to give then the best opportunity, even if the game isn’t appropriate for them at that age?
Moriosi
PS: I don’t have an answer!

GC: Neither do we. But we see a significant difference between a 16-rated fantasy game like Elden Ring and an 18-rated title like GTA 5, that is set in a version of the real world.

Indy gaming
So with all the hoo-ha over new Tomb Raider games and films I thought I would throw in my twopenn’orth.

I’ve played Tomb Raider games right from the groundbreaking first game on PS1, and although I haven’t played all of them, I’ve always considered Tomb Raider an incredible franchise with an intriguing lead in Lara Croft.

So, what do I want from a new series? More puzzles!

Tomb Raider should not primarily be about killing people, but figuring out how to get through the tomb that you are raiding.

St Francis Folly still stands as an absolute masterpiece of level design, particularly the one from Anniversary.

The fact that the tombs were extremely short, and also optional, just didn’t cut it for me in the last trilogy.

As for the film? Just don’t bother. The last film was just a poor man’s remake of the game, where they simplified the story… of a video game! And I’m afraid I disagree with Malcolm, Alicia Vikander, great an actress as she is, could not get Lara’s accent right at all, it wandered all over the place.

Right, got that off my chest!
The Dude Abides

Consistent pricing
LTRFTW. Where’s the best place to buy new Joy-Cons? I’ve seen them priced from £30-£70 but I’m unsure on the reliability of the £30 ones. Have they actually never come down in price since launch?
Joewaethetoe (gamertag)

GC: Nintendo hardware and software rarely ever goes down in price, because it’s always in constant demand. It does occasionally happen with very big sales though, like Black Friday or Prime Day. We never recommend third party controllers though.

Sliding scale
It’s been just over a month since The Last Of Us remake was announced and still everybody seems to be talking about its ridiculous price point, coupled with whether it needs a remake at all. Yet no one seems to be talking about the Spider-Man (2018) PC remaster. Does it need a remaster? Not really, but having it on PC, or just any other console really, is a great option for everyone who missed out on it four years ago.

Which brings me onto the second point: the price point. When the pre-orders were first announced, the game cost £54.99. In a strange occurrence, the price was wrong in a number of regions including the UK, and the price is now £49.99. If we ignore the fact that rather than refund those who pre-ordered it the £5, Sony/Insomniac instead has requested everyone cancel the pre-order and then pre-order it again. £49.99 for a four-year-old game with slightly better graphics (providing your PC can run them of course) and a few extra bits of DLC, is still ridiculous.

I love Spider-Man games, and have wanted to play this since it came out, but shelling out the current asking price isn’t something I’m gonna do, especially when I spent roughly the same amount of money on three, relatively rare thanks to the digital delisting, Spidey games a few months back (Spider-Man 3, Edge Of Time and The Amazing Spider-Man 2).

Looks like I’ll be waiting for the sales and the inevitable Spider-Man and Miles Morales double pack with this one. Ah well, at least by that time someone will have modded the PS1 suit into the game.
Sunny

GC: How much do you feel being three years old should lower the cost by? Bearing in mind the oldest of the three games you mentioned is 15 years old.

Inbox also-rans
Why would Square Enix, who soon won’t even have anything to do with Tomb Raider, basically put up an d saying that script leak was true? Sometimes I get the feeling publishers are run by absolute dummies.
Karz

This whole Warner Bros. meltdown, with cancelling finished films and destroying HBO Max is really weird stuff. I can’t help but think it’s going to have a (negative) affect on their games division before too long. Hope not though.
Bertie