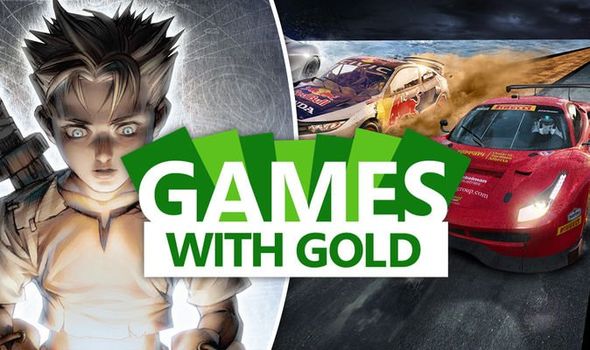 Xbox Gold subscribers are counting down to the April 2020 free game reveals by Microsoft.

The next wave of Games with Gold freebies have an April 1 release date on Xbox One and Xbox 360.

Microsoft’s Larry ‘Major Nelson’ Hryb is expected to officially announce the Games with Gold line-up at 4pm UK time later today (March 31). However, it looks like the first wave of free games may have leaked early.

Judging by the latest Xbox Store update, Project Cars 2 will be available until April 30 on Xbox One, while Fable Anniversary can be downloaded until midnight on April 15 for Xbox 360.

The remaining April 2020 Games with Gold releases will be revealed at 4pm BST.

With the Games with Gold line-up about to be refreshed, it’s your last chance to download Batman: The Enemy Within – The Telltale Series on Xbox One, and Sonic Generations on Xbox 360.

Xbox One platformer Shantae Half Genie Hero will remain part of the line-up until midnight on April 15.

If you want to take advantage of the new Games with Gold releases, then you should check out this amazing subscription deal from CD Keys.

At the time of writing, CD Keys is selling 3 month Xbox Live Gold subscriptions for just £15.99. That’s 20% off the original price.

After purchasing the subscription, CDKeys will send you a confirmation email with a download link.

After verifying your phone number, you will be sent a pin, which can then be used to access your code.

Once you have the code, just visit the Xbox Store, select the redeem codes option and then enter your number.

“Project CARS 2 is the thrill of intense racing action in beautiful cars at stunning venues,” reads the official description.

“Authentic and intuitive handling, truly dynamic weather, and a wealth of game modes delivers racing fun for everyone.”

“As the best-selling RPG on the original Xbox, Fable pioneered every player’s choice having a consequence,” reads the Fable Anniversary description.

“With Fable Anniversary, a spectacular HD remaster of the original Fable, players will be reminded of why the franchise is so special and unique.

“All new textures and 3D models, an entirely new lighting system, a slick new interface, achievements, and all of the content from “The Lost Chapters,” make Fable Anniversary the definitive Fable experience for faithful fans and new players alike!”

Xbox Gold subscribers can download Fable Anniversary from this link.