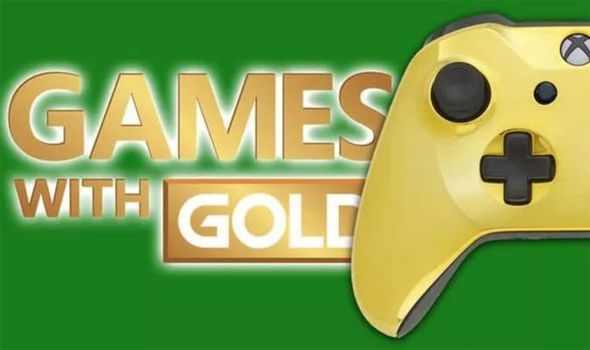 The Xbox Games with Gold line-up is about to be refreshed on Xbox One and Xbox 360.

The next wave of Xbox Games with Gold releases will be available to download on June 1.

This includes platforming classic Shantae and the Pirate’s Curse on Xbox One, as well as Destroy all Humans on Xbox 360.

The release of the new games means you have less than 24-hours to download the current batch of Xbox One and Xbox 360 Games with Gold releases.

Xbox Gold subscribers must hurry to download V-Rally on Xbox One, and Overlord 2 on Xbox 360. Both games leave the service on June 1.

Additional Xbox One and Xbox 360 Games with Gold titles will come to the service on June 16.

The second batch of Games with Gold releases include Coffee Talk on Xbox One and Sine Mora on Xbox 360.

With a Metacritic score of 79%, Shantae and the Pirate’s Curse is the pick of the bunch for June 2020.

“Embark on an exciting adventure with your favorite hair-whipping, belly-dancing genie,” reads the official description.

“After losing her magic abilities, Shantae must team up with her nefarious nemesis, Risky Boots, in order to save Sequin Land.

“Slay monsters, battle epic bosses, and obtain new weapons in a quest to remove an evil curse from the land and gain back her magical powers in the process!”

Destroy All Humans is another decent offering for Xbox Games with Gold subscribers, scoring a respectable 76% on Metacritic.

“Experience the other side of an alien invasion as you conquer Earth. As part of the Cryptosporidium 137 armada, take over all humanity via land or air using a variety of alien weaponry.

“Fire ray guns, throw cows, or even disguise yourself as a puny human as you take one giant step on mankind.”

If you want to pick up the free Xbox Games with Gold releases, then it’s worth taking advantage of this bumper deal from ShopTo.

Representing a saving of 20%, the online retailer is selling a 12 month Xbox Gold membership for just £39.85.

You’d better hurry though, because the Games with Gold line-up is about to change.

Related posts:
05/31/2020 News Comments Off on Games with Gold last chance: New Xbox One and Xbox 360 FREE downloads inbound
Hot News
Iron Man VR Tips, Tricks And Things To Know Before You Start
EVO 2020 cancelled following sexual misconduct allegations against CEO
Budget Cuts for PlayStation VR has now Been Delayed to September
Five Nights At Freddy's VR: Help Wanted Will Be A Quest Cross-Buy Title
Free Games You Can Own On PC, Nintendo Switch, PS4, And Xbox One
Recent Posts
This website uses cookies to improve your user experience and to provide you with advertisements that are relevant to your interests. By continuing to browse the site you are agreeing to our use of cookies.Ok