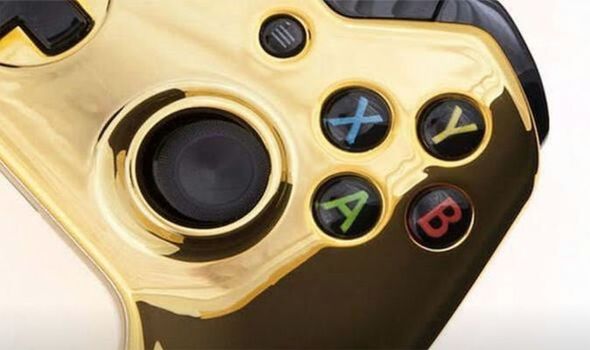 Xbox One owners are in last chance saloon, as the Games with Gold line-up gets a big refresh for May 2020.

The first wave of May 2020 Games with Gold releases will be available to download from May 1.

This includes V-Rally 4 on Xbox One, as well as Sensible World of Soccer on Xbox 360.

V-Rally will be available for the entire month of May, while Sensible World of Soccer (which can also be played on Xbox One via Backwards Compatibility) will be replaced on May 16.

The second batch of Games with Gold releases join the line-up on May 16. This includes Warhammer 40,000: Inquisitor – Martyr on Xbox One and Overlord 2 on Xbox 360.

Of course, the imminent releases of new Games with Gold titles means this is your final chance to download the April free games.

Xbox One racing game Project Cars 2 will be leaving the service at midnight, alongside Xbox 360 racer Toybox Turbos.

With a score of 84% on Metacritic, Project Cars 2 is one of the best racing games on the console, so it would be a shame to miss out.

If you want to download the April and May free games before the refresh, you can take advantage of a couple of Games with Gold deals.

If you’re a lapsed subscriber who wants to download the Games with Gold releases, then it’s worth checking out an unmissable deal at ShopTo.

If you take advantage of the deal today, you’ll still have time to download the April 2020 free Games with Gold releases.

Alternatively, you can sign up to a one month Game Pass Ultimate subscription for just £1. This special trial is available to new subscribers, and includes Xbox Game Pass and Games with Gold.

As for the new Games with Gold releases, the pick of the bunch is arguably Sensible World of Soccer on Xbox 360.

“Featuring a massive line-up of football clubs from around the world, enjoy a quick game or experience the excitement of managing a full season with a fully immersive tactics editor. This is the classic football game from the 90’s, reborn.”

V-Rally 4, meanwhile, is the latest entry in the beloved rally series. It features over 50 vehicles, as well as courses on every continent.

“Take on the challenges of rallycross, drifts, buggies, and hill climbs in V-Rally 4.

“Over 50 famous vehicles are available to customise and race in this demanding simulation. You’ll dominate dangerous roads and hostile conditions as you set off on a spectacular journey across every continent. Let your adrenaline boost your reflexes in this legendary off-road racing game.”

Related posts:
04/30/2020 News Comments Off on Games with Gold May 2020 free games WARNING: New Xbox One downloads, deals, LAST CHANCE
Hot News
Battlefield 5 Definitive Edition Out Now, Here's Everything It Includes
Fortnite: K1nzell Claims His Second DreamHack Europe DreamHack Online Open Championship
VALORANT – So kannst du bei 'First Strike' mitmachen! | esports.com
Call of Duty: Warzone – Zombie-Royale-Bug sorgt für Blackscreen
Behind the Scenes – Mic Check bei den besten Uniliga-Teams – Uniliga
Recent Posts
This website uses cookies to improve your user experience and to provide you with advertisements that are relevant to your interests. By continuing to browse the site you are agreeing to our use of cookies.Ok