In the wild world of gaming discoveries, players have recently realized that if you puke while falling within Red Dead Redemption 2, the game’s puking animation will cancel out any fall damage your character might otherwise receive. So if you’re atop a large mountain or above a valley and need to get to the bottom quickly, you can now do so in one of the grossest ways possible.

The technique has since been named, “vomit roping”, referring to the long stream of vomit that follows your character down as they drop from a ledge mid-puke. The puking animation makes it look as if your character is climbing down a rope of their own vomit, which makes the nickname appropriate, even if it is wildly disgusting. 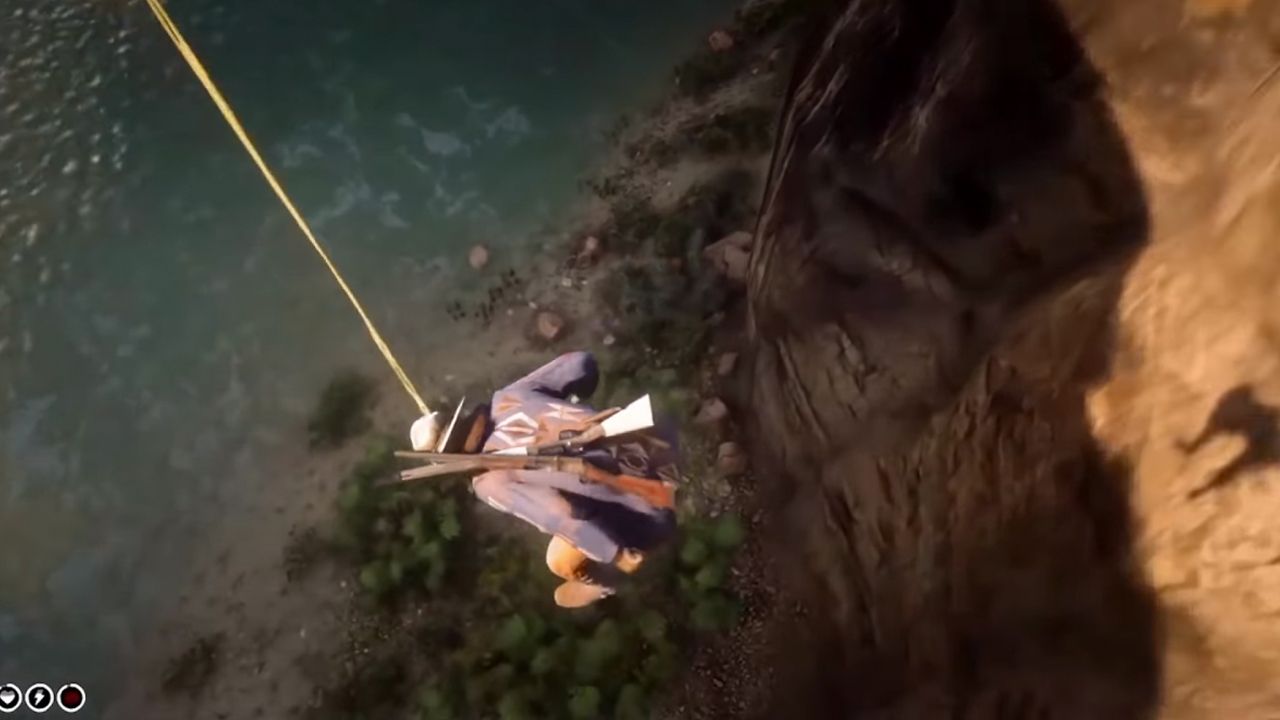 If you’re looking to try this technique out for yourself, first you’re going to need something that will induce vomiting. Various plants across the game will cause your character to throw up, including horse herbs, and most popularly, Bullrush.

Granted, the technique does take a bit of precision to pull off. You’ll need to begin your fall with your character’s left side facing the ledge, and you’ll also need to time your consumption perfectly. Do this correctly though, and you’ll survive any fall in the game while simultaneously grossing yourself out.

Despite this absurd discovery, Red Dead Redemption 2 is still probably one of the most realistic games out there. In the past, players have uncovered that choking an NPC near a body of water will drown them, and that drinking too much will even cause in-game text to become misspelled. The game is filled with small, hyper-realistic details like these.

Red Dead 2‘s incredible realism and top notch storytelling is much of the reason why the game has seen such success. That, as well as the game’s increasingly more enjoyable online multiplayer platform, Red Dead Online, has resulted in what many already consider to be a modern classic.

Red Dead Redemption 2 might not be as successful as Rockstar’s crowned jewel, Grand Theft Auto V, but neither is anything else. All things considered, the game has been a massive success and has even doubled sales of the original. There are likely more absurd details in the world of Red Dead 2 that players have yet to uncover, and we can’t wait to see what pops up on the internet next.