Venti was the first limited-time five-star character released in Genshin Impact. This 'tone-deaf bard', as Paimon would say, has a very special connection with Mondstadt but nobody knows who he actually is, and he likes it that way. The character already has multiple re-runs in the game and all of his banners have done really well.

Venti is an Anemo Bow user who has phenomenal Support and Crowd-Controlling abilities. He can group enemies while dealing a reasonable amount of damage to them. Apart from all that, he also deals an insane amount of Swirl damage to the enemies within the Area-of-Effect of his skill.

Energy Recharge Is Your Bread And Butter 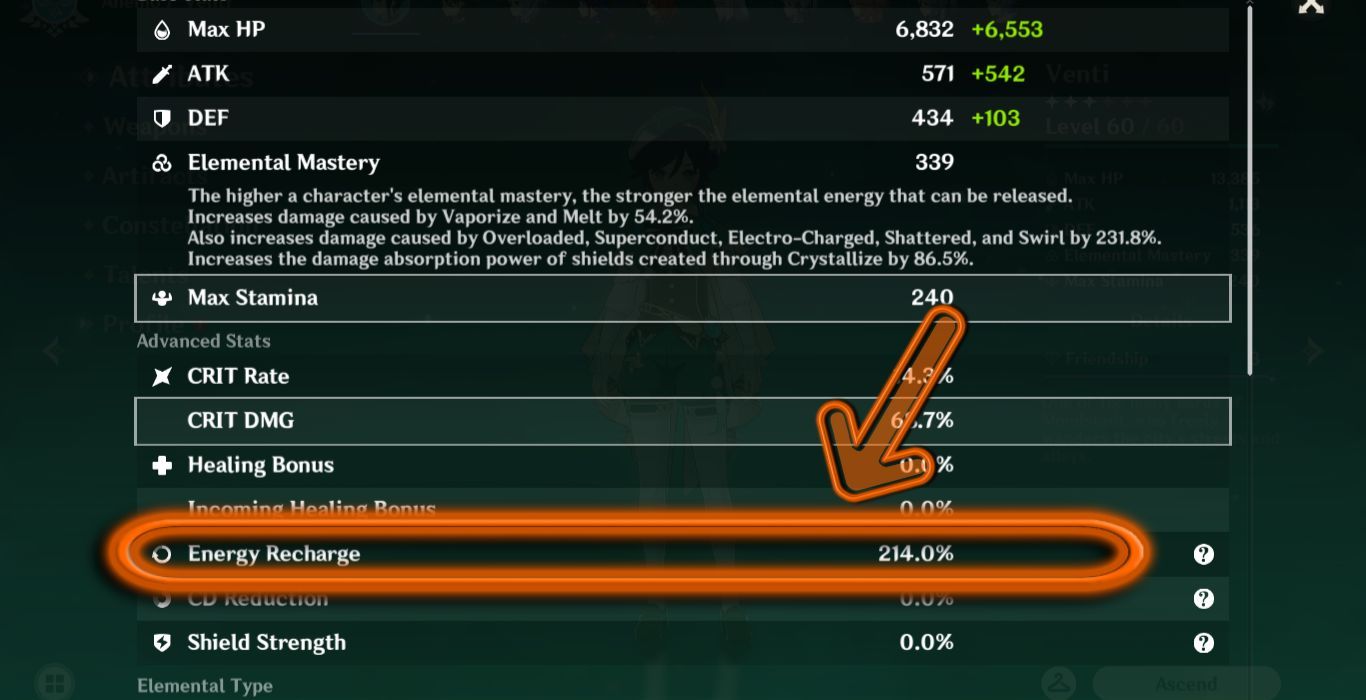 Energy Recharge (ER) is one of the main stats in Genshin Impact. This determines the amount of Energy you gain from one particle while using your skills. You require a pre-determined amount of energy to be able to use your Elemental Burst which is the main part of Venti's kit.

As such, it is recommended to build at least over 200 percent Energy Recharge on the character. Normally, you can get your Burst back after using the Elemental Skill three times with around 215 percent Energy Recharge. While Stringless is the best in slot for Venti's Supportive play style, you can always opt for Favonius Warbow as a substitute if you're struggling with ER. For more information on the best weapons for Venti, check out this guide.

Venti Is Great For Monolith Challenges 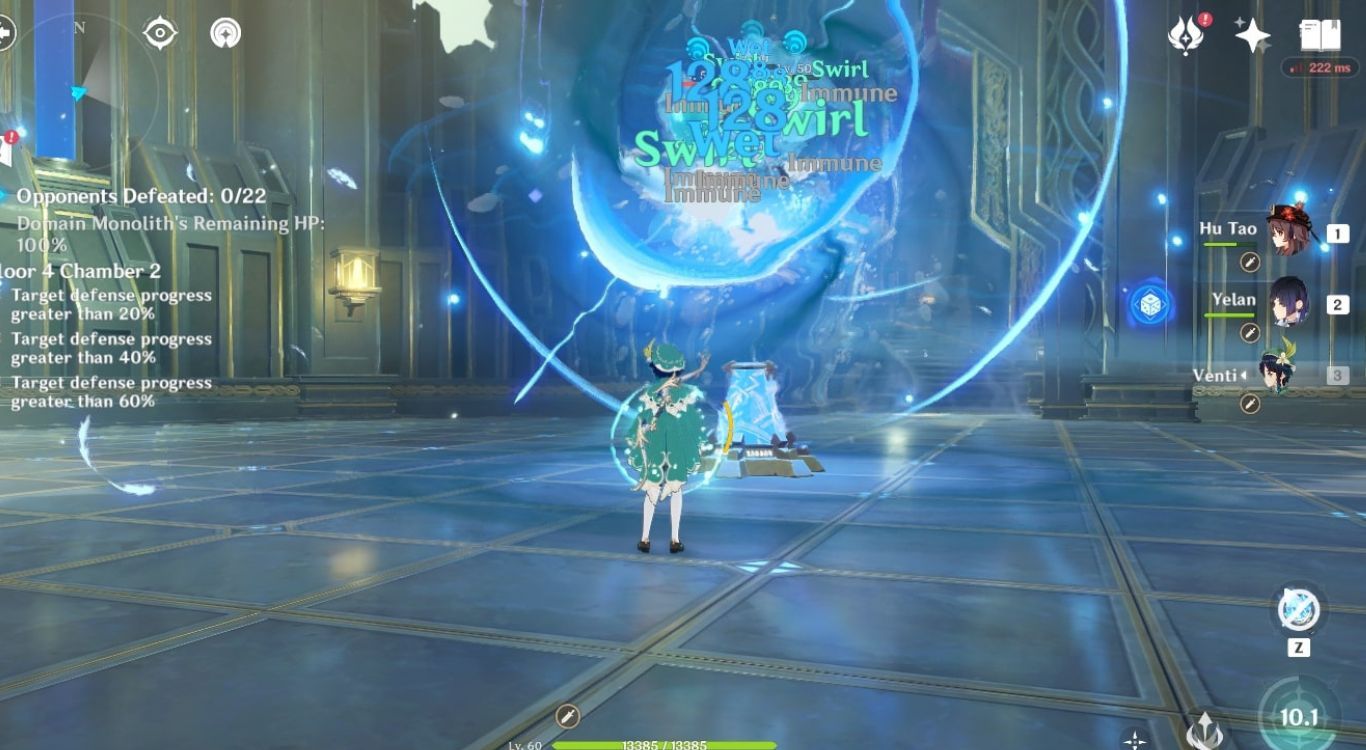 Monolith challenges are spread across multiple areas of Genshin Impact. These can be found in Spiral Abyss and Daily Rituals. Hoyoverse (Genshin's developers) follows a trend of having a Monolith Challenge on Floor 11 of Spiral Abyss. This can be particularly challenging because the enemies usually spawn all across the floor attacking the Monolith from different directions.

To achieve three stars, you need to make sure the Monolith stays over 60 percent HP during the challenge. Venti can make this challenge very easy by bringing all the enemies close together while dealing a ton of damage. The leftover enemies can then be attacked by any AoE skill.

Venti Is A Situational Character 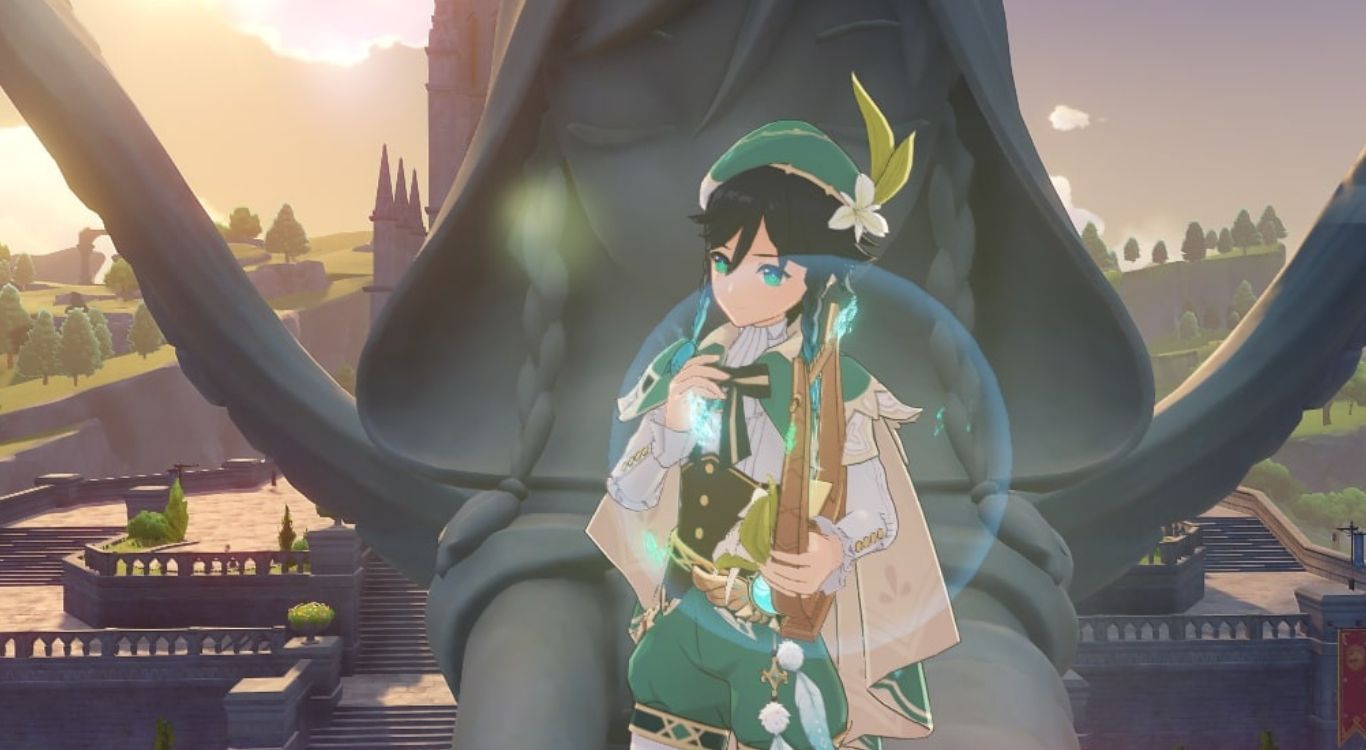 Venti was one of the best characters during the first few months of the game. Gradually, Hoyoverse introduced multiple enemies that were immune to crowd control (Specters, Rifthounds, etc.). Even Nobusi and Kairagi were immune to Venti's crowd control until they were nerfed. As you progress towards the late game, you will face multiple enemies that can't be crowd-controlled using Venti's skills.

Even after this, Venti has the capability of dealing a surprising amount of damage as long as you can keep the enemies within the AoE of his skills. 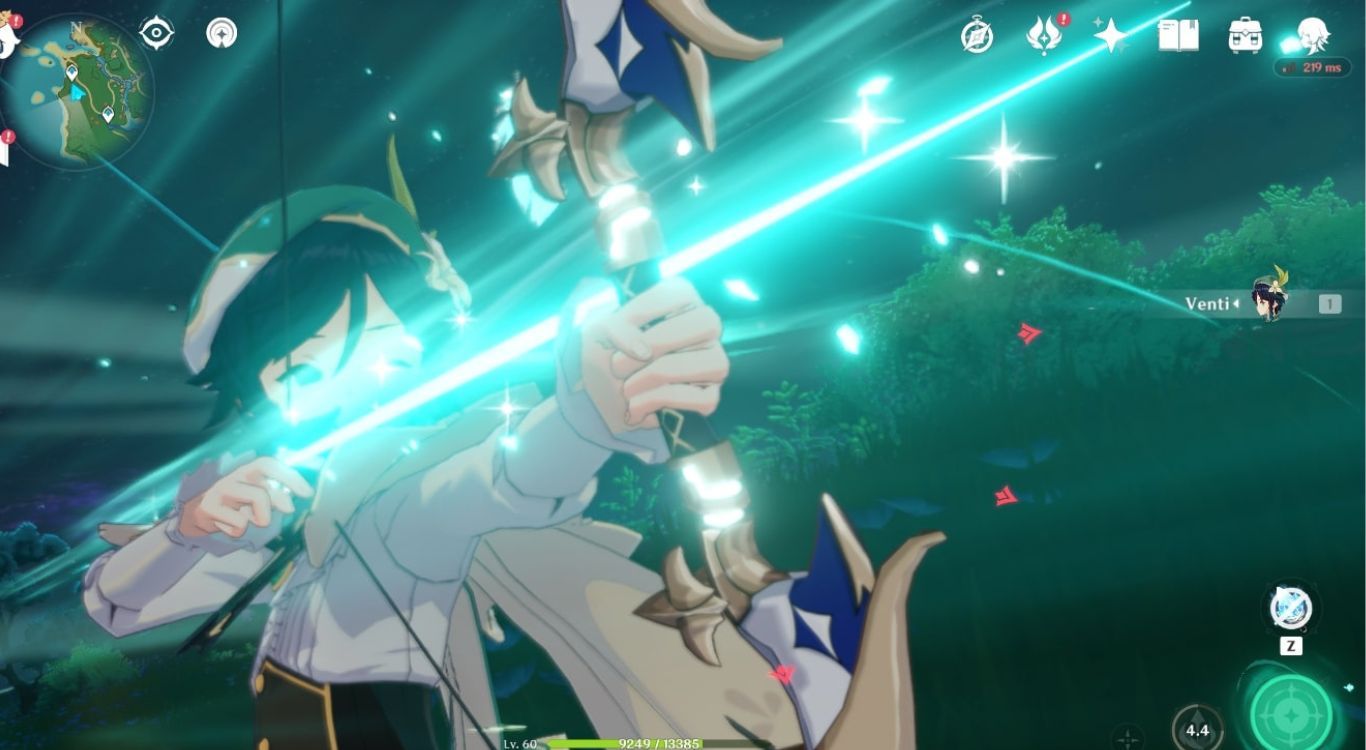 This gives way to a variety of tactics where you can increase the damage output by using all the other skills first and using Venti's burst at the very end of a skill that buffs his damage. 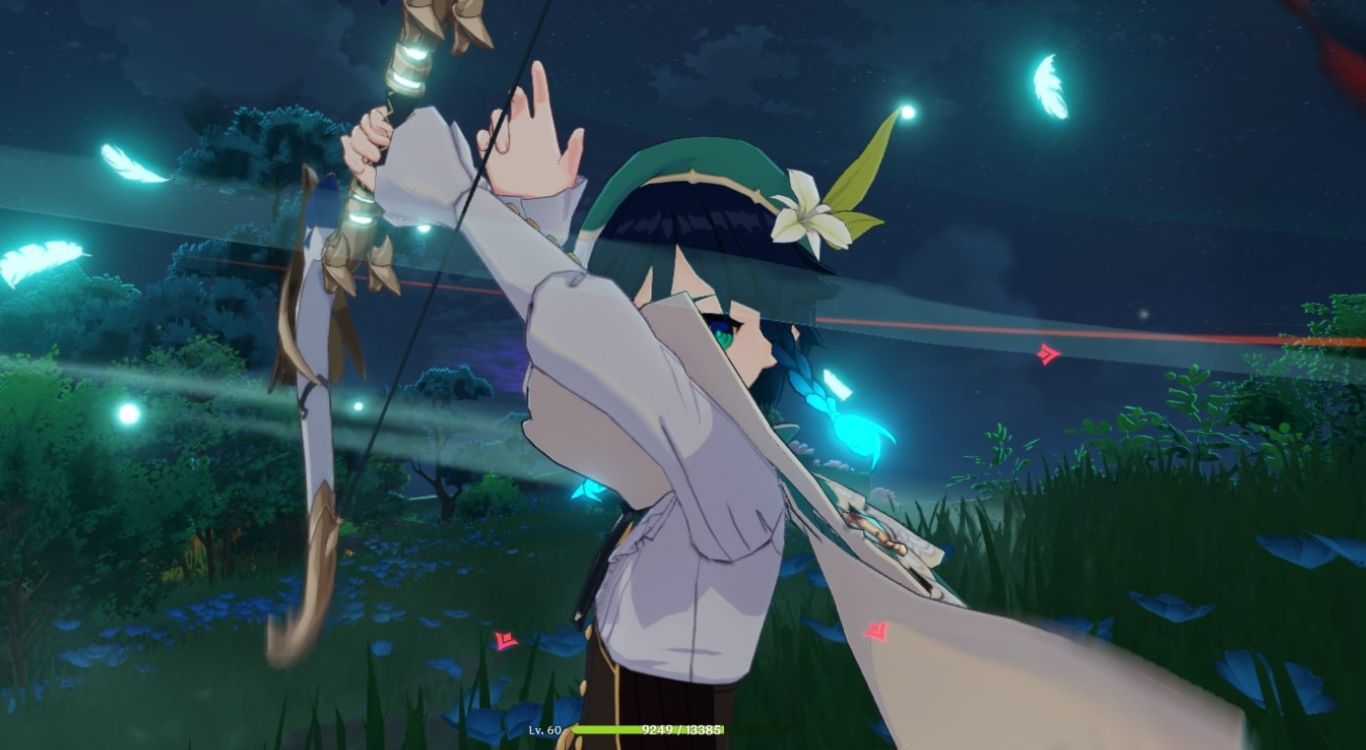 If you do this quick enough, this will completely skip the animation for your Elemental Skill. Further, since you'll use your Burst as well, the particles that fly over to you from the skill contribute to recharging your skill for the next Burst automatically. This way, you can also have your burst back faster while reducing the time Venti has to stay on the field.

Holding The Skill Is Rarely A Good Idea 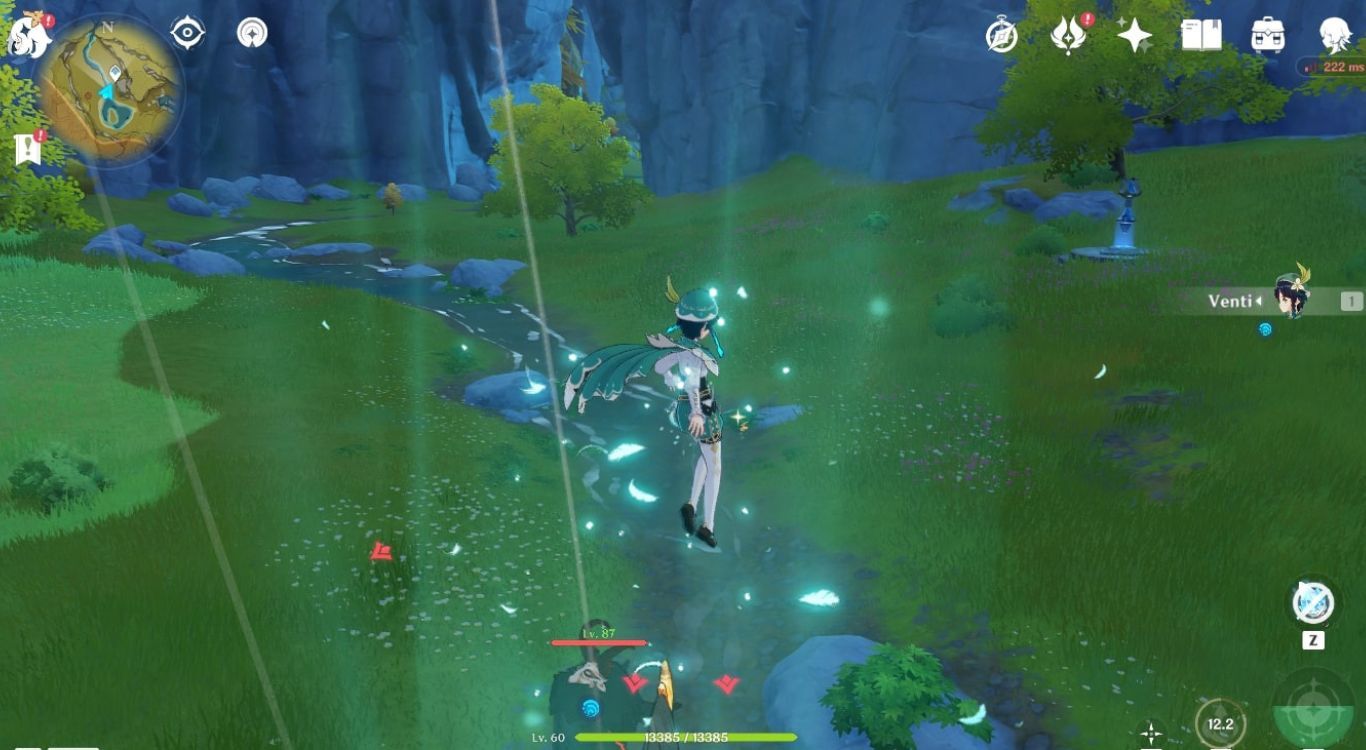 Venti has two stances for his Elemental Skill. Tapping the skill makes a whirlwind at the position of a nearby enemy which knocks up the smaller enemies. On the other hand, holding the skill creates a wind current at your location pulling Venti up in the air. Using the hold version of the skill is almost never a good idea unless you have to dodge an attack like the AoE explosion from Oceanid's creatures.

Holding the skill also leaves you with an increased cooldown making it harder to get your burst back and making the gameplay less efficient. Although, it is an excellent method to cheese some Parkour puzzles in the game.