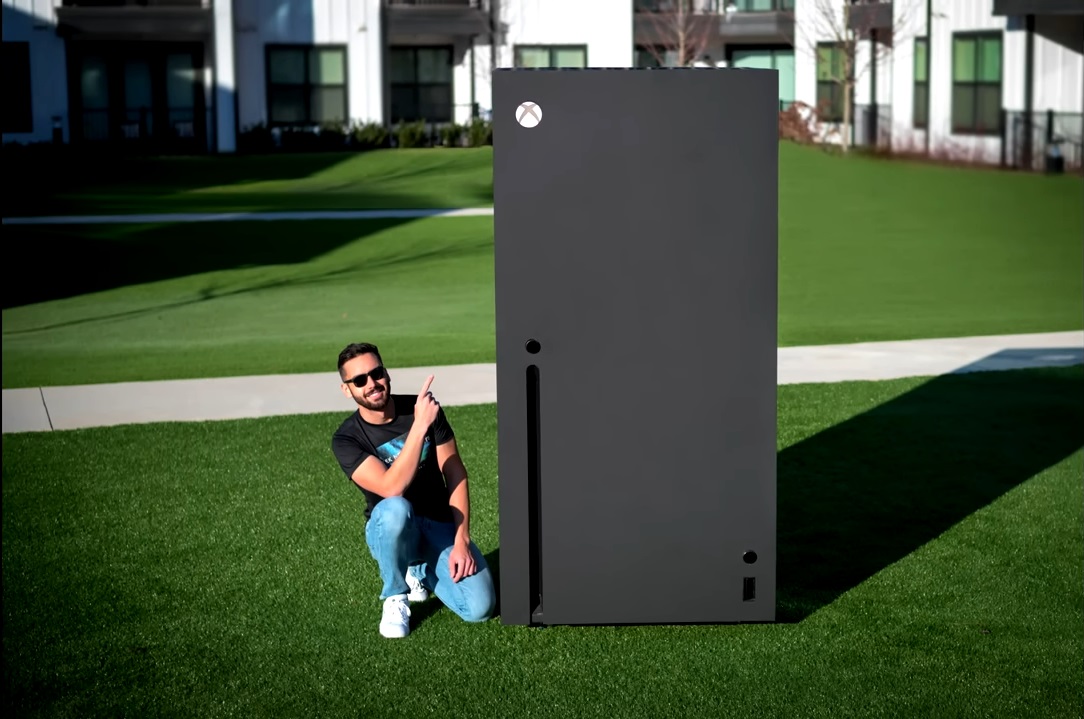 Inspired by the Xbox fridge, someone decided to make a fully functional Xbox Series X console that’s just as big.

Remember last year when someone built a giant, fully operational Nintendo Switch? Well, the same person has done the exact same thing for the Xbox Series X and broken a world record in the process.

Unsurprisingly, this makes it the largest Xbox Series X in the world and has been recognised as a Guinness World Record. Although we’re not sure what the second biggest is… a regular Xbox Series X?

The giant console is roughly the same size as the Xbox Series X fridge that Microsoft made as a joke. In fact, it was that fridge that inspired the giant Xbox’s creation in the first place.

YouTuber Michael Pick was disappointed that the fridge was simply that and wanted to make something like it that could still be functional.

While his giant Xbox can’t be used as fridge, his YouTube video demonstrates how it works. It’s technically a wooden casing for the actual console, which sits in a shelf that can be opened from the back.

Pressing the power button sends a signal to a device that presses the button on the console. Pick even went to the trouble of making the top of the casing curved like the console, something Microsoft didn’t do when it made the fridge.

He admits that this was much harder to do, and it took him two weeks to achieve a level of detail most people will never see, but he says it was worth it.

Much like his giant Switch, Pick hasn’t kept it for himself and has donated it to charity. Specifically, the YMCA Youth and Teen Development Centre in Atlanta, Georgia so children can play games on it.

He also had another YouTuber, ZHC, customise it with unique artwork. ZHC is the same guy who spent £50,000 building a giant PlayStation 5.

This comes not long after another YouTuber created their own custom PS5. Although they went in the opposite direction and made it much slimmer, which seems considerably more practical.