Whenever you think of Godzilla’s imminent arrival, you should be hearing the classic brass theme in your head. Mechagodzilla’s entrance may sound a little more like nails on a chalkboard with all that metal, but the extraterrestrial tin lizard is being scaled down in size to become its very own Funko Pop.

Releasing as part of the Godzilla vs. Kong line, Mechagodzilla has stormed onto the Funko scene and is currently available for pre-order from Entertainment Earth – as Walmart has already sold out. The 3 ¾-inch vinyl figure has a metallic finish to set it even further apart from its more natural-looking brother and a glow in the dark version will be stomping into the Funko Shop at some point in the future as well.

Funko Fair unleashed its first wave of Godzilla vs. Kong Funko Pops back in January, including many detailed versions of the king of the monsters as well as his flammable enemy Kong. The line-up also includes 10-inch variants sporting sturdy poses with some wielding weapons and wearing battle scars proudly. The sequel to Godzilla: King of the Monsters will release on March 31 and early reviews have labelled it as the best in the MonsterVerse. The film’s predecessor had no trouble in painting atmospheric, epic battle scenes between the kaiju and it looks like those moments will trump the human subplot once again. 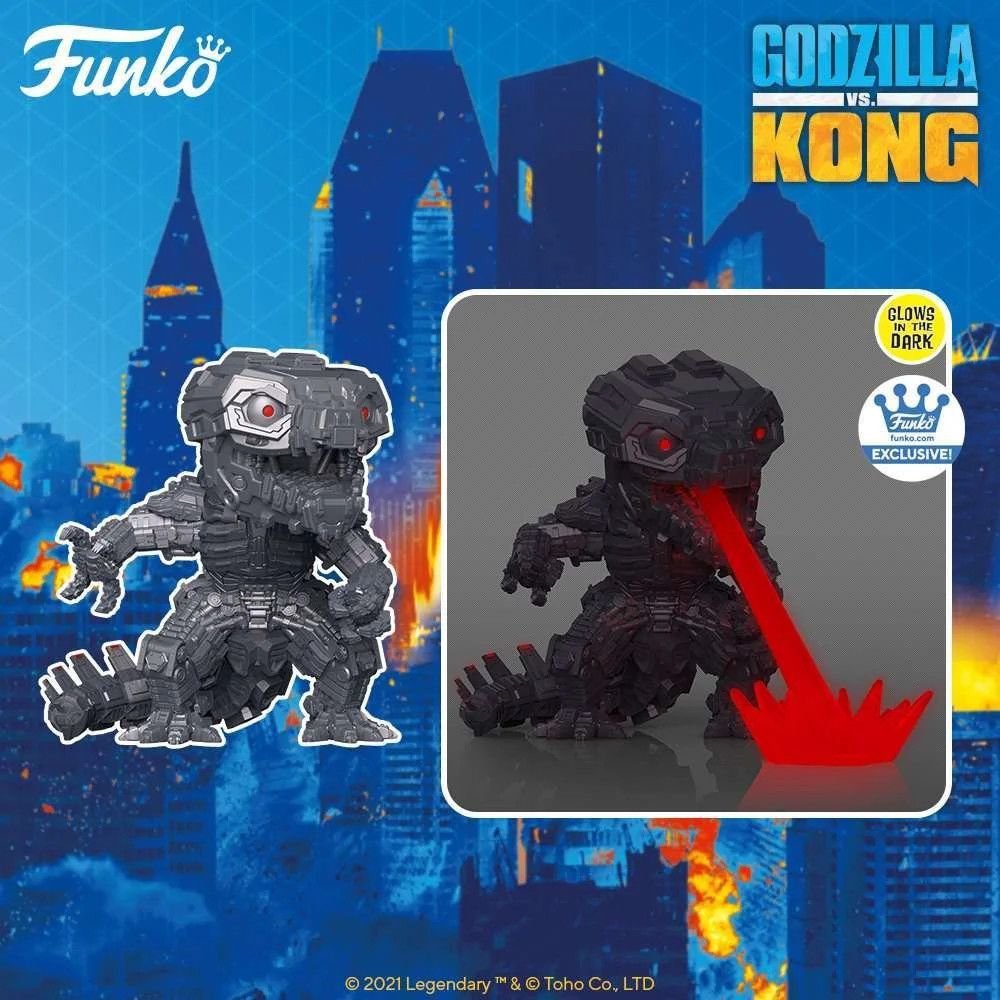 Mechagodzilla is, of course, being included in the film’s Funko line-up because of that blink-and-you’ll-miss-it appearance in the trailer. A shot from below of civilians fleeing downstairs away from what looks like a giant, Zord-like creature all but confirms Mechagodzilla’s return. The alien mecha first appeared in the 1974 film Godzilla vs. Mechagodzilla, introduced as an interstellar nemesis for Godzilla – after the novelty of Earth’s kaiju wore off.

One noticeable feature of Kong in the film’s trailer was his growth spurt, changing the ape’s scale dramatically from climbing the Empire State Building to standing on it. The exact scale of both monsters was recently revealed, proving that Godzilla stands superior to Kong. Of course, in order to level the playing field, Kong has been given an axe – made from one of Godzilla’s atomic fins –  because we can imagine what happens when fire meets hair.