At the southern edge of Cuba, along a rocky, rain-battered coastline, lies Camp Omega. In this grim US-run prison camp, detainees are beaten, humiliated, and brutally interrogated. They wear anonymous orange jumpsuits and have sacks pulled over their heads. Rats scurry between the bars of their cages. Invasive spotlights roam back and forth. It's a stunningly bleak setting for a video game, and an obvious parallel to Guantanamo Bay—which, eight years after Ground Zeroes was released, is still operating thanks to an executive order signed by Donald Trump. Despite Hideo Kojima and Yoji Shinkawa's fetishism for military hardware and weaponry, Metal Gear has always been strongly anti-war—and Camp Omega is the series' most overt, provocative manifestation of that.

Ground Zeroes launched on PlayStation 3, Xbox 360, and Xbox One in March, 2014. Serving as a prologue to Metal Gear Solid 5: The Phantom Pain—which would be released in September the following year—it was somewhat controversial at the time. Some players balked at the idea of paying $30 for what, in their eyes, was a glorified demo. There's only one level—the aforementioned Camp Omega—and you can beat the main mission in an hour. Maybe even less. But there's a lot more to Ground Zeroes, which becomes clear when you finish that first mission and realise that your game completion is only at a paltry 8 percent. When I was done with it, and felt I'd seen everything, Steam told me I'd played it for a grand total of 35 hours. Some played it for hundreds. Not bad for a demo.​​​​​​​

In Ground Zeroes you play as Big Boss: a former CIA operative, a legendary soldier, and the genetic father of Solid Snake. After being betrayed by the US government, he forms his own private army—the creation of which leads him to Camp Omega on a cold, dark, stormy night. Two prisoners are being held there, and it's your job to locate and extract them. However, the brilliance of Ground Zeroes is that there are countless ways to achieve this objective. This was a testing ground for the freeform, open-ended stealth gameplay that Kojima Productions would go on to perfect in The Phantom Pain, and safely liberating these two captives is left entirely up to you. This is what ultimately made Ground Zeroes worth spending $30 on. It's one of gaming's greatest stealth sandboxes.​​​​​​​ 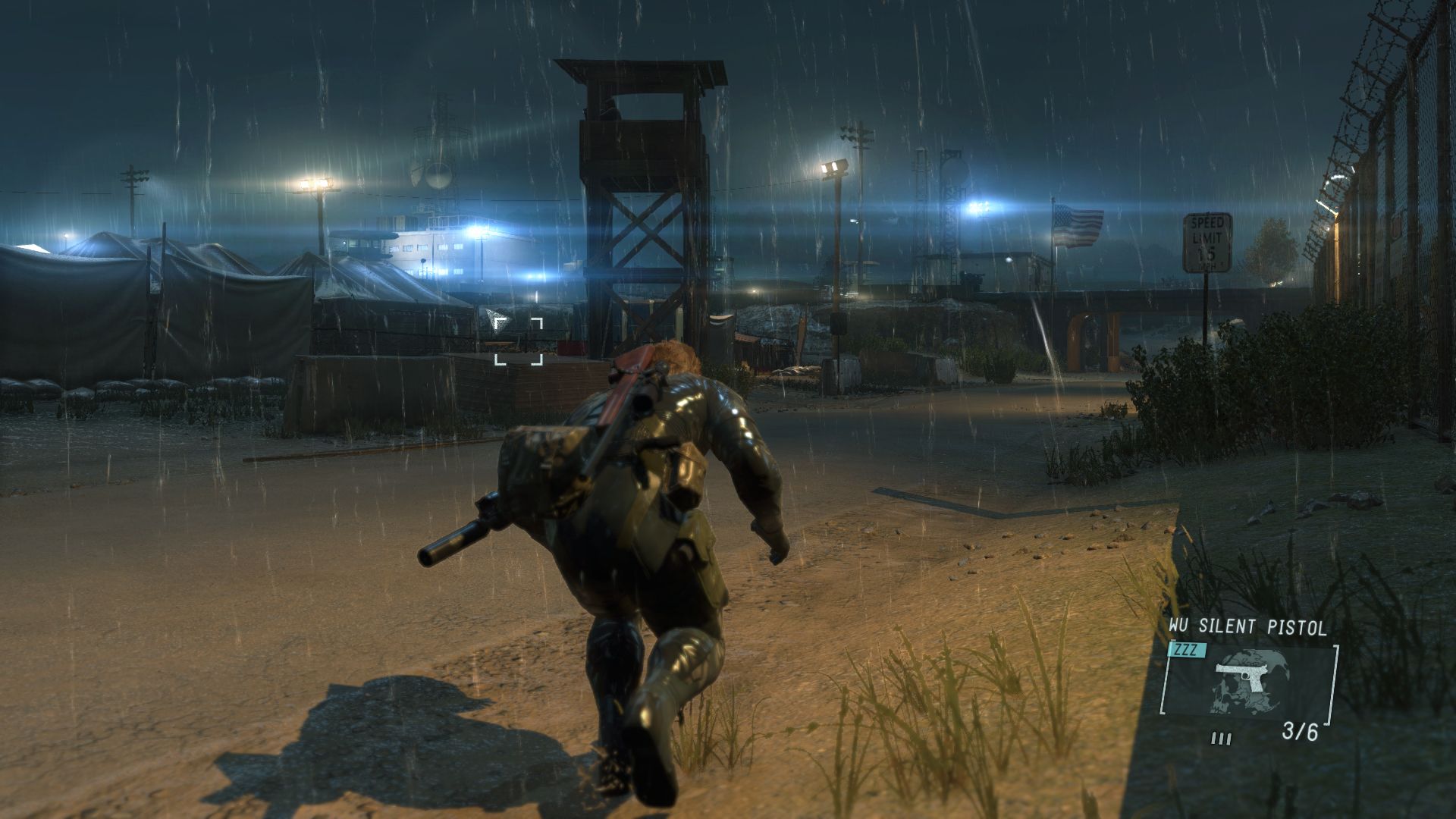 Camp Omega is a remarkably detailed, interactive space, offering a multitude of clever, creative ways to evade, outwit, distract, or subdue the gun-toting guards patrolling the camp. These aren't just robotic drones mindlessly pacing back and forth, either: their AI is smart, reactive, and convincing. If they hear a suspicious sound, they'll respond with a mixture of curiosity and trepidation. Sound the alarm and they'll form up in groups and work together to flush you out. They can surprise you, suddenly looking over their shoulder just when you think the coast is clear, or sneezing and giving you a brief, merciful window to slip by them. They're a formidable adversary, which makes sneaking through the camp and securing your objective without being seen supremely rewarding.

Camp Omega is tiny compared to the huge, sweeping chunks of open world featured in The Phantom Pain—but I love that about it. The smaller scale means you can really take the time to learn every inch of the place, and 30 hours in you'll still be finding new shortcuts, hiding places, and security flaws to exploit. It's a brilliantly designed stealth playground, with vents to crawl through, walkways to sneak across, towers to climb, and trucks to hide in the back of. It reminds me a lot of Liberty Island, the opening level of classic immersive sim Deus Ex, in that it's a relatively small, contained space, but endlessly, brilliantly replayable thanks to its combo of intricate level design and rich systems-driven gameplay. It's amazing how much Ground Zeroes squeezes out of one location. 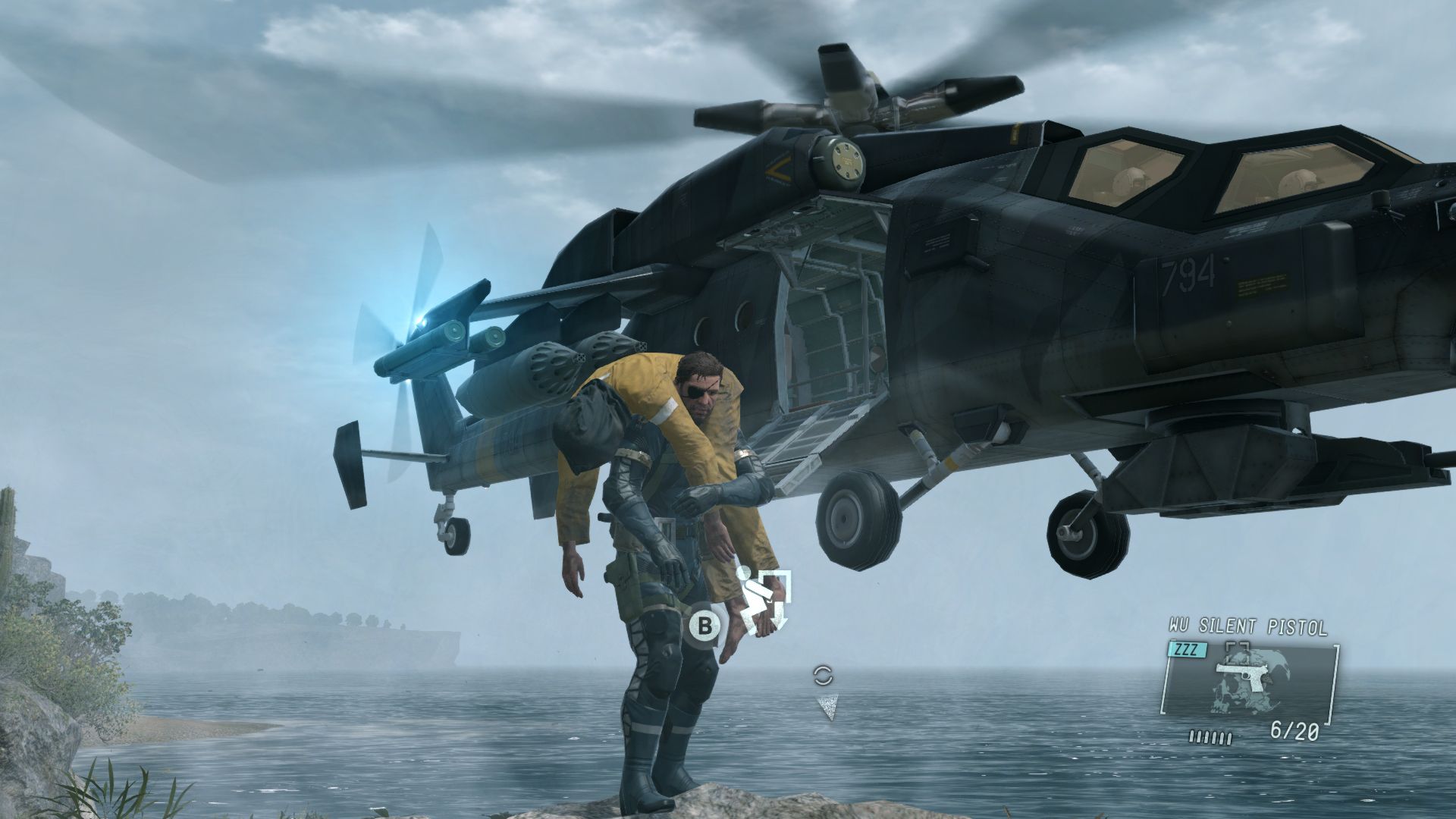 As well as the main story there's a selection of so-called Side Ops, which reuse Camp Omega in some interesting ways. In each mission the layout of the camp, the patrol routes of the guards, and the weather and time of day can be radically different. Objectives include identifying and assassinating a pair of war criminals. Another mission sees you playing as Raiden, exposing body-snatching aliens that have disguised themselves as guards. Ground Zeroes also pays tribute to the original Metal Gear Solid in a mission where you have to recreate key moments from the Shadow Moses Incident. This optional content is a mix of traditional, straight-faced objectives and typically absurd, self-referential Kojima humour—and the majority of it is just as replayable as the main mission.

I love The Phantom Pain, but it's so overwhelmingly big that returning to the smaller, more focused Ground Zeroes is a breath of fresh air. Camp Omega is a level you can master, and the deep, dynamic stealth makes every run feel wildly different. Playing it also reminds me of the Metal Gear Solid demo that came with that one issue of Official PlayStation Magazine that everyone bought. I'd play that short taster of the full game repeatedly, for hours on end, uncovering every possible secret and new way to play it I could. A lot of people might have objected to the concept of Ground Zeroes, but it's an experiment I'd love to see the developers of similarly rich, replayable stealth games repeat. It might be a demo, but it's still one of the best Metal Gear games ever made.