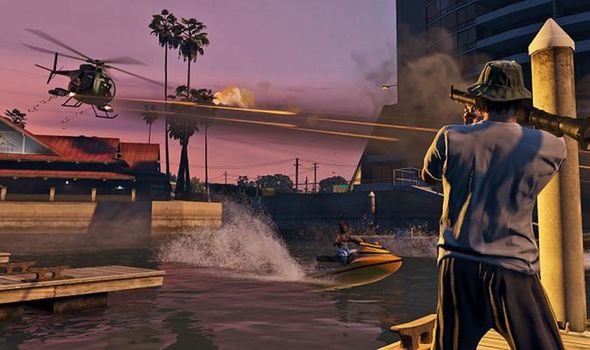 While the final GTA 6 release date remains a secret, fans are hoping that an update might be coming soon. This isn’t based around any new kind of rumour but something that gamers have spotted in recent weeks. And if it proves correct, it could mean Rockstar Games are planning a massive Grand Theft Auto update.

GTA fans are keeping track of the development team’s every move, which includes scrutinising resumes and checking new artwork. Doing so has provided a few clues for gamers, some of which point to GTA 6 being based around a Vice City setting.

All of this remains unverified until Rockstar announces its plans, which isn’t expected to happen for quite some time. However, fans believe they may have found something new that points to a much more imminent announcement.

While keeping a check on the studio’s YouTube Channels, gamers believe that there are three private videos that have yet to be shared.

This suggests that something is going to be shown off soon by Rockstar Games, and that bodes well for Grand Theft Auto gamers.

The most logical explanation, if this is video game related, is that more news regarding GTA Online is being primed. More updates are expected for the popular multiplayer mode, which remains one of the most popular titles on PS4, Xbox One and PC.

Free DLC has kept the game alive, and more are expected to be announced in 2020, something that makes GTA 6 news seem less likely.

But there is also the slim chance that Rockstar Games are getting ready to announce something else, perhaps even a new game.

Rockstar has been linked to a Bully sequel in recent years; however, nothing of much substance has surfaced in 2020.

And there are other franchises that Rockstar could return to as well, before revealing GTA 6, or whatever the next Grand Theft Auto game will be called.

Meanwhile, Take-Two Interactive’s CEO Strauss Zelnick has commented on the effects the coronavirus could have on the video game industry.

Via Games Industry Biz, Zelnick revealed that Take-Two has seen the Nintendo Switch version of The Outer Worlds be delayed but that the virus has yet to affect other areas of the business.

He told listeners at the Morgan Stanley Technology conference: “Any time people are sick or have tragically lost their lives, that’s a more important topic than any we’re covering today.

Speaking about the effects of working remotely on the industry, Zelnick added: “They’re going to have to find a way to be just as productive at home.

“Actually, I think one of the things that may come out of this if it’s as widespread as I believe it will be, one unexpected consequence is a lot of us who were skeptical about remote work are going to be less skeptical about it.

“I’m one of them by the way. I’m not a big believer in remote work. But I think I may be surprised. I think you are going to see a significant change, maybe a long-lasting change, in business travel.”

This means that 2021 will be the earliest gamers will get the chance to play the next Grand Theft Auto game, probably on next-gen gaming machines, like the PS5 and Xbox Series X.