Xbox Game Pass is the best deal in gaming today. Something even those without access to it via an Xbox or PC would likely argue. PlayStation is rumored to be readying its own competitor to the behemoth, which is now 25 million subscribers strong, but Sony is yet to reveal anything official. As for Xbox, today it announced the next lot of games coming to Game Pass, and some are available right now.

Leading the charge, at least when it comes to the new titles you can play as soon as you've finished reading this, is FAR: Changing Tides. The latest title to launch on Game Pass day one, following in the footsteps of Forza Horizon 5 and Halo Infinite. While it might not enjoy the success of those games, it will surely be played by a lot more people than it might have had it not been given the very early Game Pass treatment.

You can also play Microsoft Flight Simulator on Cloud through Game Pass now, which is pretty apt.

The rest of the Game Pass announcements will be coming later this month, but in fairness, you won't have that long to wait. The biggest title added in this batch is Marvel's Guardians of the Galaxy. One of the biggest games of 2021, Square Enix's superhero offering will become a Game Pass title on March 10, just five months after it launched. 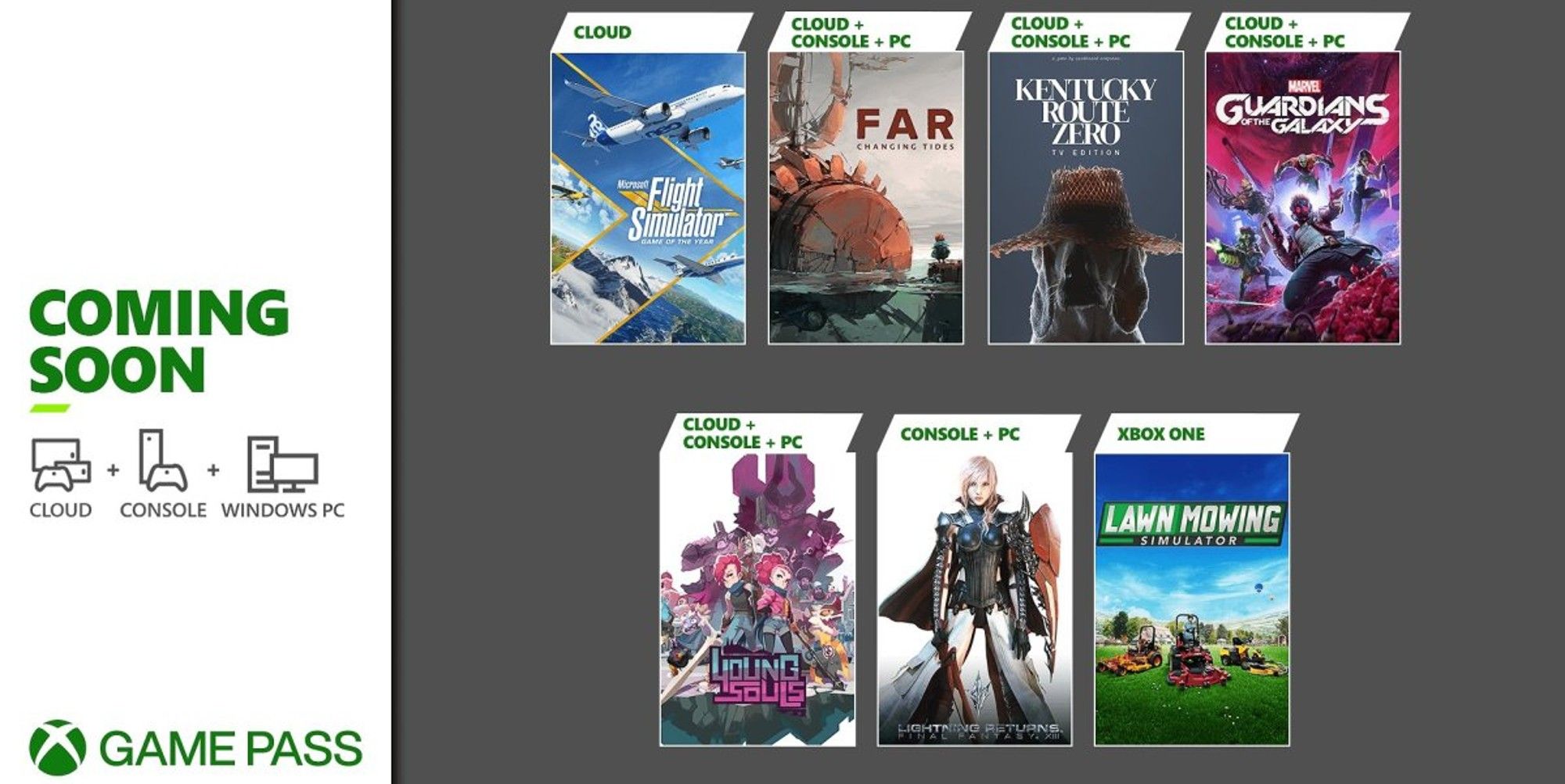 Kentucky Route Zero, Young Souls, and Lawn Mowing Simulator will also arrive on Game Pass on March 10. Yes, there is a game in which you are tasked with doing nothing more than mow the lawn and yes, it is as relaxing as it sounds. It also means there is a simulator for absolutely everything now, or at least that's how it seems. The other title announced for Game Pass today is Lightning Returns: Final Fantasy XIII which arrives on March 3, so this Thursday.

As always, no matter how good Game Pass is, you can't have it all. A handful of titles will be leaving the service later this month to make way for the new arrivals. NieR: Automata is the biggest name among those departing, and it will be gone from Game Pass on March 15 so play it now while you still can. Well, at least without having to buy it separately. Phogs, Torchlight 3, and The Surge 2 will also be leaving Game Pass on the same day.