Making any open world feel alive and real is a Herculean task for developers. Besides creating the physical space itself, it needs to be full of creatures, foliage, and people, all of which made to look like they’re going about their everyday tasks. In the case of foliage that's a pretty easy problem to solve, but for people that can get complicated fast.

People don't just do work even in a post apocalyptic society like Horizon Forbidden West–they also play. To add an extra layer of immersion to Forbidden West, Guerilla Games created Machine Strike, a tactical tabletop game that Aloy can play at various stops in her journey West.

In an interview on the PlayStation Blog, lead world designer Bart van Oosten talked about the origins of Machine Strike and how Guerrilla believes that any open-world RPG could use a casual minigame to give players a break from the world-ending story. 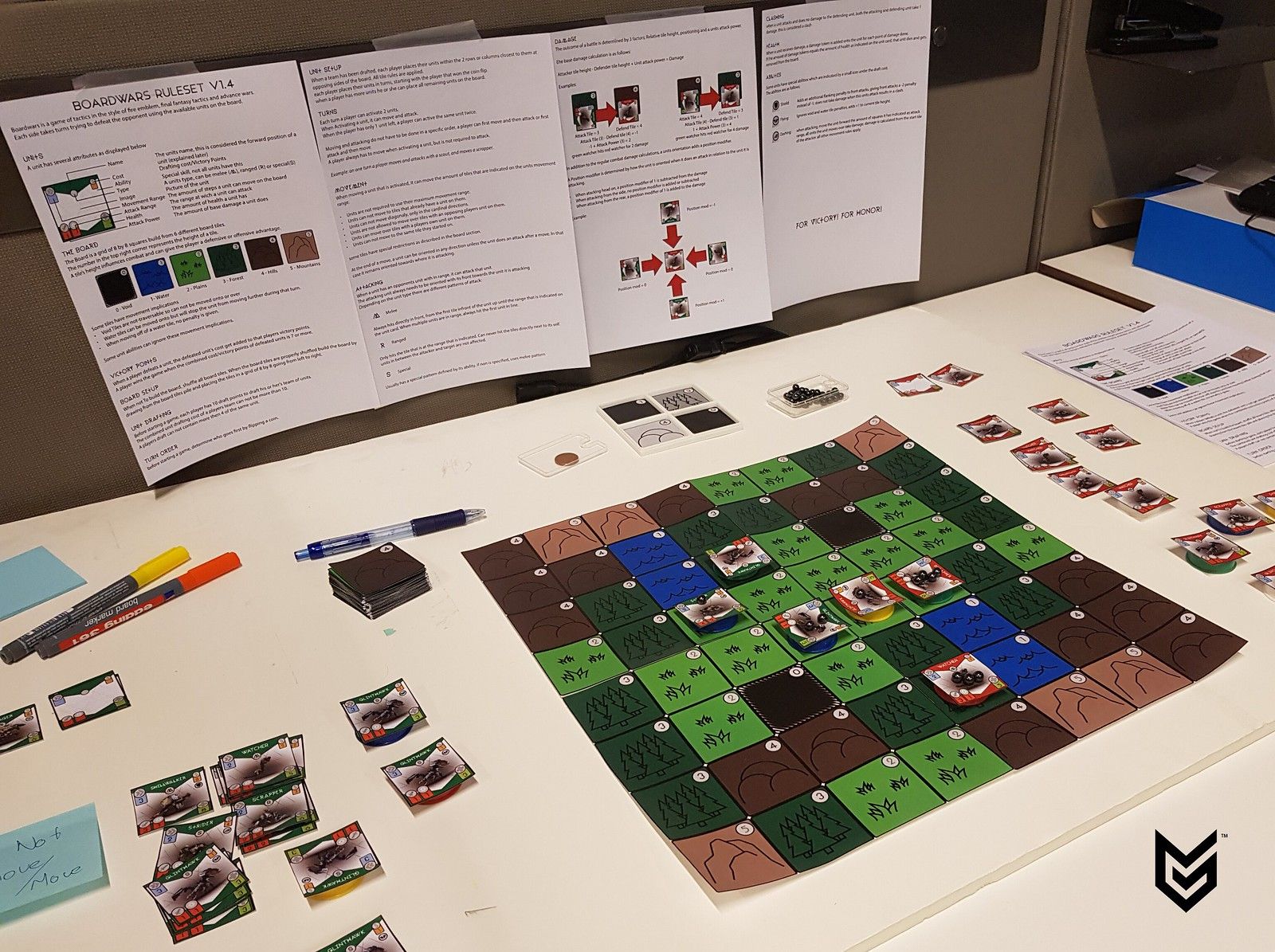 "Initially, it was just random cubes with random rules, but we wanted to incorporate individual machine statistics, meaning the board had to be scalable to accommodate those ideas," revealed van Oosten. "That’s how we arrived at the tile system. Each tile has an assigned value that influences the stats of any machine piece that lands on them, for example, increased attack from the Grassland tile. Next, we created a paper prototype of the game, which we played a lot! This helped us figure out the ruleset and reasoning. It took us almost a year to finalize the entire mini-game."

Machine Strike is fairly simple. The playing field is a square board of eight tiles per side, with players fielding a team of machines with a maximum point value of 10. Each piece has statistics for attack power, range, and movement, and some pieces have special abilities that provide a tactical advantage.

Guerilla Games decided it was best to keep Machine Strike as simple as possible so players can learn the rules along their journey. This created a sort of minimalistic aesthetic that belies the intricacy of the game while keeping it very approachable.

It was also a "fun challenge" for concept artist Christian Auer, who designed most of Machine Strike's in-game visuals. "The metal components on each piece were far smaller than anything else we typically see on our props, so we decided to go for simpler details that enhanced the overall design," said Auer. "The wooden material started much rougher to showcase the traces left by the artisanal tools that carved each piece. However, later on, we decided that the hand-whittled look distracted from the core design, so we ended up with a more sanded-down treatment. This better conveyed our overall goals for the pieces."

Not everyone likes casual minigames in their RPGs (I’m lookin’ at you, Gwent), so Machine Strike can be completely avoided if the player so chooses. “We knew Machine Strike might not be for everyone,” said van Oosten, “so we tried to make its inclusion as unobtrusive as possible."

We've got a great guide to Machine Strike if you're new to Horizon Forbidden West or if you're returning to the game after a break. There's also a New Game+ mode now available thanks to the latest update.