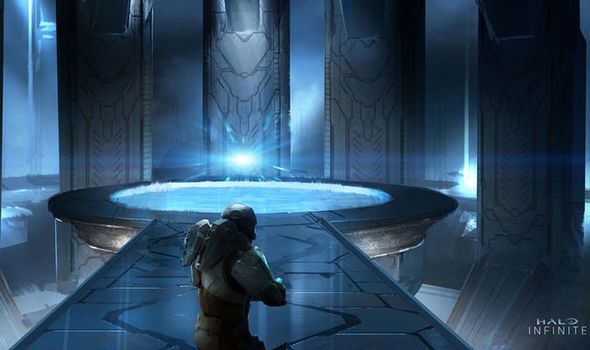 Xbox Series X just got a very big reveal today regarding its stats and compatibility features, and that includes an important update for Halo fans. Halo Infinite is set to be the next major release for Microsoft and will no doubt be treated as a flagship game for the Xbox Series X console. But there hasn’t been much chatter from the tech giant on this massive project in recent months.

What we know is that it is going to be ambitious and is looking to reline the franchise following the problems with Halo 5: Guardians.

But while Halo Infinite looks set to be a cracking shooter, there have been some concerns raised by fans.

Microsoft has confirmed that the Master Chief’s next adventure will be playable on the Xbox Series X, and that it won’t be an exclusive title.

Gamers on Xbox One will also be able to pick up a copy, and while that will be great for current console owners, there are a few cons included for early adopters of the Xbox X.

We found out today that the Xbox Series X will be able to leverage 12 TFLOPS of GPU (Graphics Processing Unit) performance – twice that of an Xbox One X and more than eight times the original Xbox One.

That’s great news in of itself and shows just how big a leap the Xbox Series X will be.

But with the Halo Infinite release date being planned on Xbox One and Xbox Series X, limitations are being placed on the project.

“You can expect more dynamic and realistic environments powered by hardware-accelerated DirectX Raytracing – a first for console gaming. This means true-to-life lighting, accurate reflections and realistic acoustics in real time as you explore the game world.”

So while Halo Infinite will benefit from more people being able to play it together for online multiplayer, not everyone will have access to all these great new features.

But the good news is that Halo Infinite will be available to play via the Xbox Game Pass, regardless of what platform you play it on.

Microsoft confirmed today that they are committed to carrying on the procedure of making first-party games available to play via Xbox Game Pass on launch day, for the Xbox Series X.

“Our leading game subscription service, Xbox Game Pass, will continue to have our first party games, like Halo Infinite, included at their launch,” the Microsoft message explains.

“We look forward to millions of you experiencing the Xbox Game Pass portfolio and immersing yourselves in a deep library of high-quality games, playing those you love now and also discovering your next great adventure.”

That’s great news for fans and it’s not the only big update provided with Halo Infinite’s release date in mind.

Microsoft has also confirmed that gamers will only need to buy one copy of the Master Chief’s next outing, regardless of if they upgrade to an Xbox Series X.

This will be done through Xbox’s Smart Delivery system, “This technology empowers you to buy a game once and know that – whether you are playing it on Xbox One or Xbox Series X – you are getting the right version of that game on whatever Xbox you’re playing on.

“We’re making the commitment to use Smart Delivery on all our exclusive Xbox Game Studios titles, including Halo Infinite, ensuring you only have to purchase a title once in order to play the best available version for whichever Xbox console they choose to play on.”

“This technology is available for all developers and publishers, and they can choose to use it for titles that will be release on Xbox One first and come to the Xbox Series X later.”

That effectively means that Microsoft will be offering cross-buy during the launch of the Xbox Series X.