After a jaw-dropping reveal at last year’s Game Awards, Magic: Legends was the game I looking most forward to learning more about at PAX West in Boston last weekend. The upcoming MMORPG is being developed by MMO-legend Cryptic Studios and published by Perfect World.

While Magic: Legends may look like another Diablo-style ARPG at first glance, the game actually has an incredibly strong identity and individual style. The team at Cryptic Studios has done an impressive job translating the card game into an action MMO, and its history of producing successful MMOs tell me that Magic: Legends should absolutely be at the top of everyone’s list. 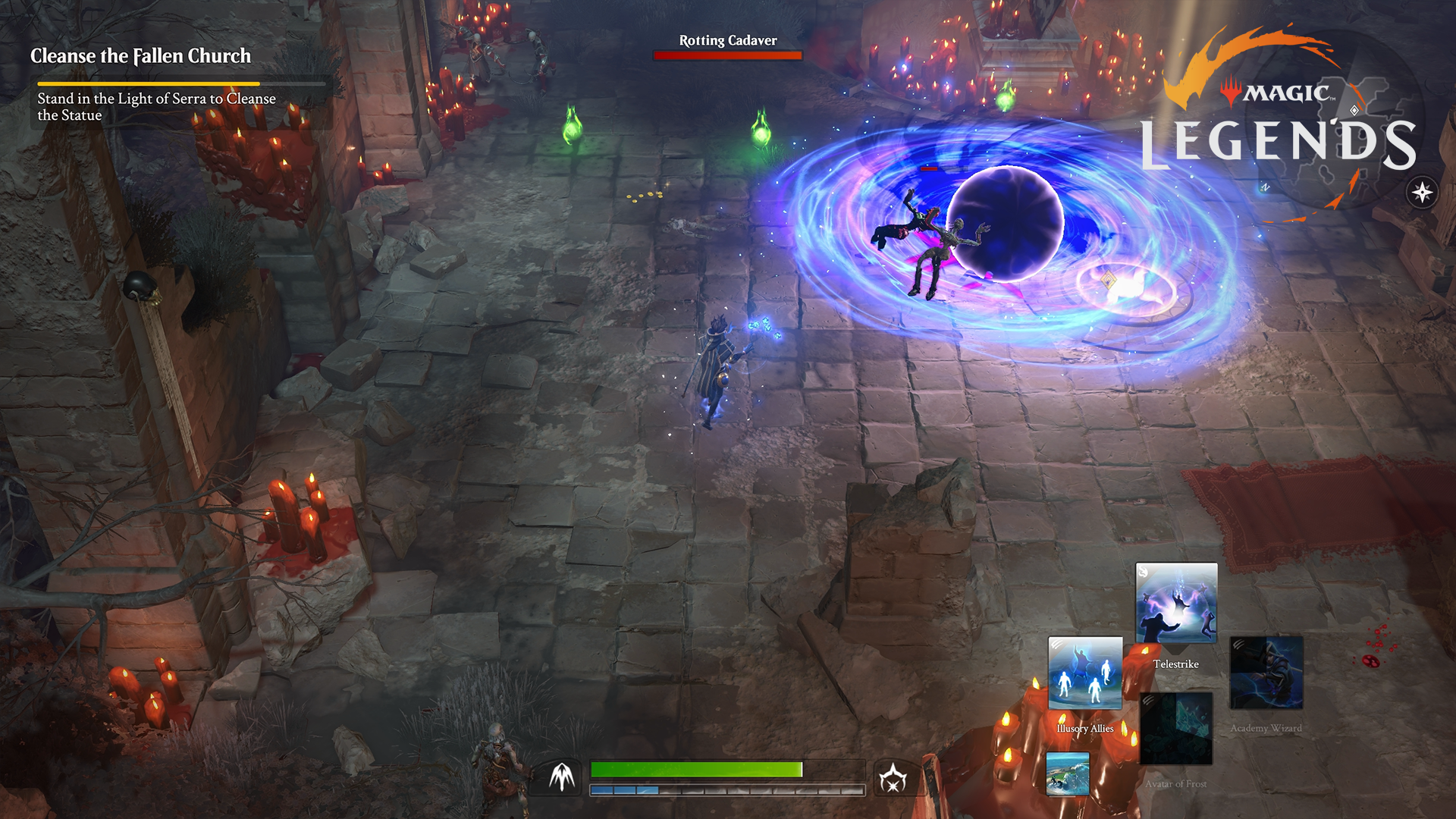 Not since Kingdom Hearts: Chain of Memories have trading cards been used in real-time combat so effectively (that’s a joke… sort of).

Rather than selecting spells to equip, in Magic: Legends, players build a deck of cards that becomes their pool of active spells. There are limitations: you can only slot a certain number of beasts into any deck, and when you first start out, all of your cards must be of the same color (you eventually will earn the ability to build two-color and even three-color decks as you progress). In combat, you have four spells available to cast at any time. Cast one and that spell is “discarded” to the bottom of your deck and a new spell is drawn. It gives combat a layer of exciting random chance, but it also adds a level of strategy to combat that goes beyond crowd control and mana conservation; In order to be both powerful and efficient, players need to build synergistic spell decks and then use complementary spells with the right timing in battle. 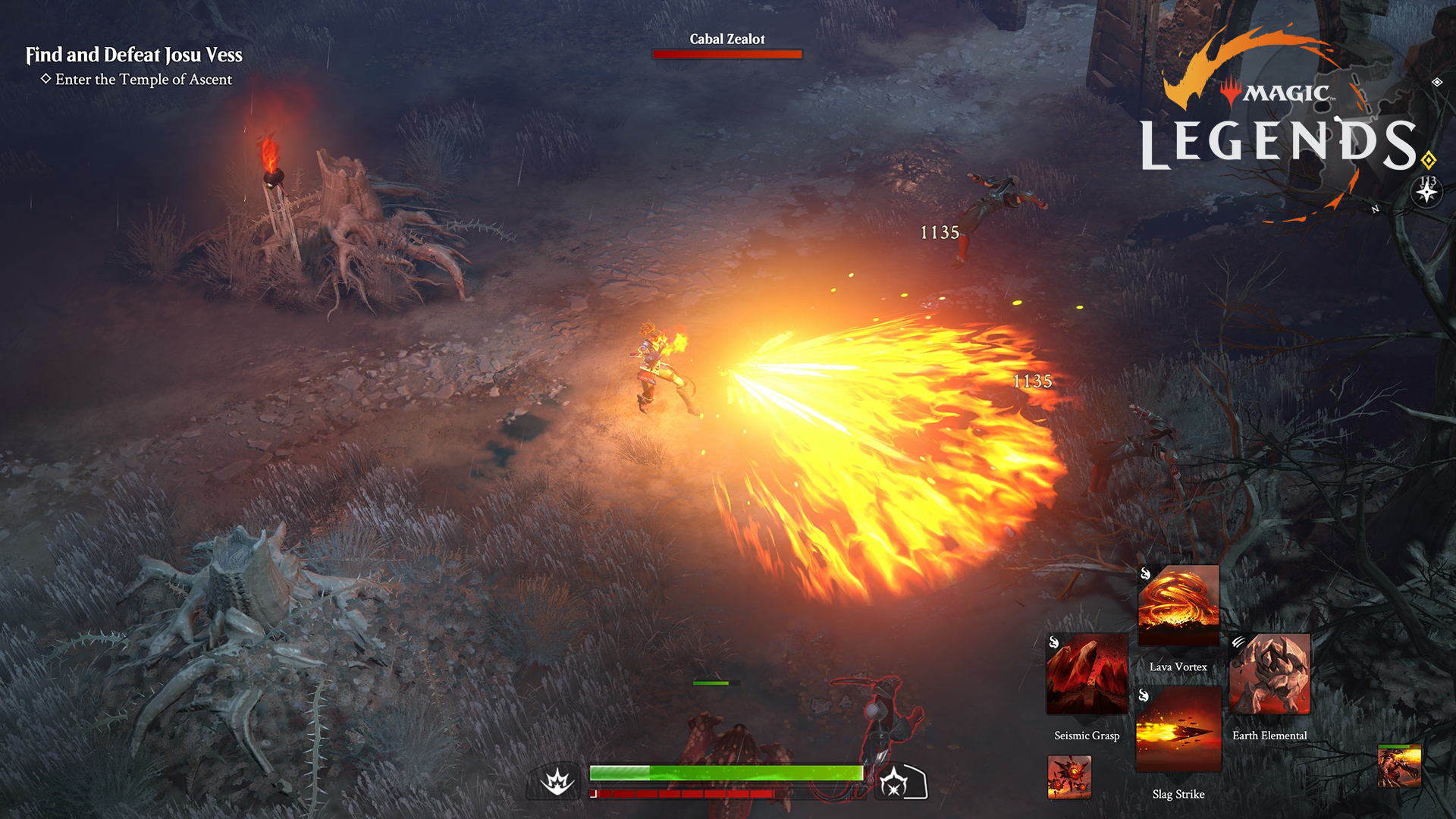 Synergizing spells in an action RPG isn’t a particularly novel concept but adding the card draw-style mechanic instantly makes combat so much more interesting and challenging. Suddenly, your managing not just your position and spacing on the battlefield, but also your available spells, firing off certain spells not just for damage potential, but to set up for massive combos you planned out when you built your deck. It’s a bold new direction for ARPG combat, and more impressively, it triggers your reward centers the same way playing a card game does, almost to a spooky degree.

Not Diablo, But Diablo Fans Will Love It

Diablo is a game all about loot. Once every spell is unlocked and your character is leveled, chasing stronger loot is the progression loop of Diablo. Loot determines essentially all of a character’s stats, their playstyle, and at high levels, the spells and rotations they use. Magic: Legends has no loot to collect. This was difficult for me to wrap my head around when I first started playing. Enemies don’t drop equipment of ever-increasing rarity when I kill them? Then what’s the point then? 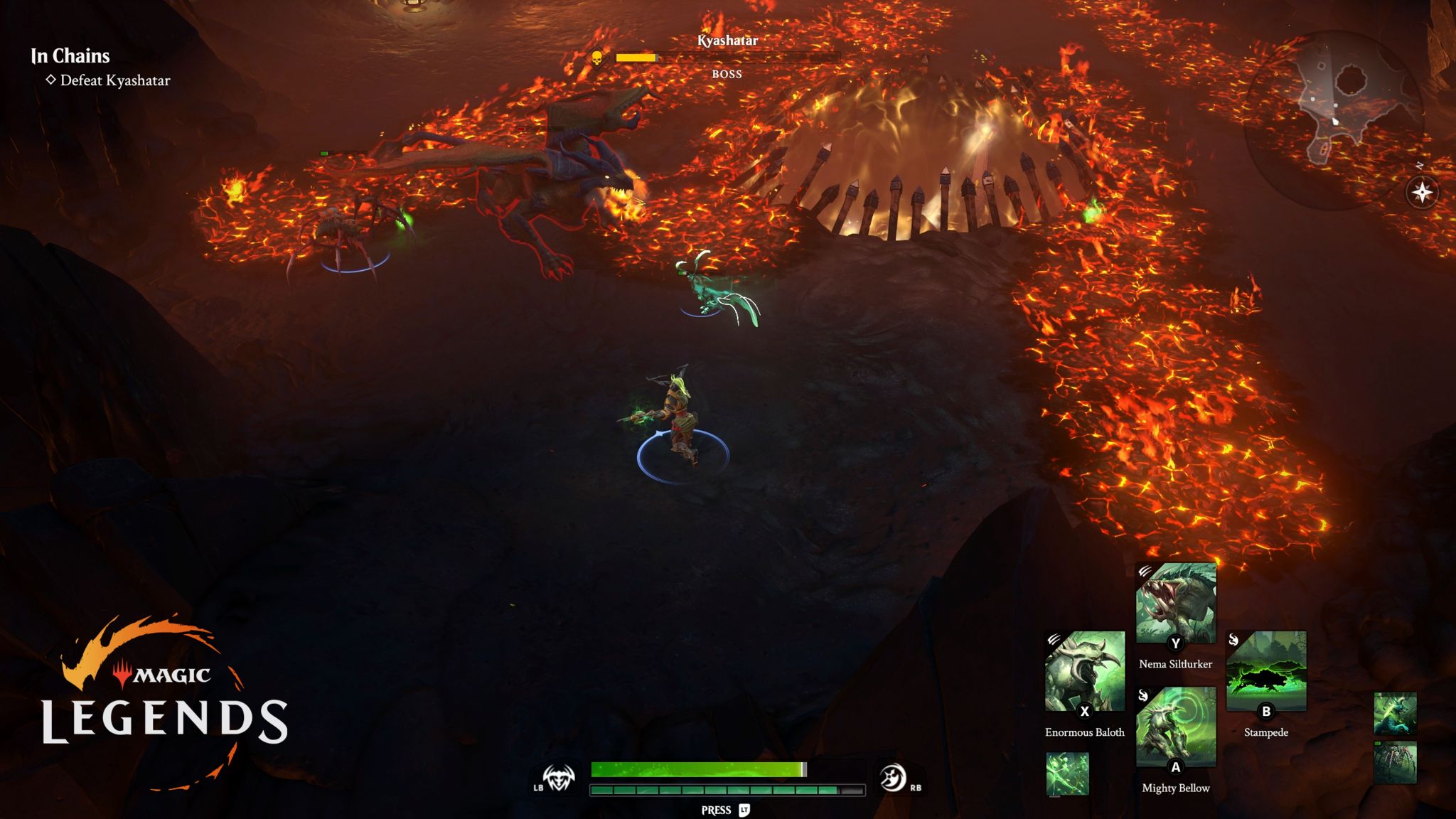 Magic: Legends doesn’t rely on loot that inevitably gets out leveled and discarded to define character builds, rather, character building is all about deck building. There is a massive variety of spells to earn and collect as your progress. Every class has access to every color deck, and considering that decks can contain up to three different colors, there is an unbelievable amount of customization and character-building that goes into every deck you build.

There are enough good examples of high-quality, non-predatory free-to-play games that the stigma is no longer warranted, in my opinion, but I still often find reasons to keep my guard up. Rather than earning loot at the end of a mission or boss fight, the reward screen will show the spell shards you’ve earned. Spell shards are the currency used to upgrade spells, and each shard is specific to the spell it upgrades. Think of it like every spell having an individual progress bar. Spell shards are the XP, but you only have a chance of collecting specific spell shards even if you use the corresponding spell heavily (or not at all). 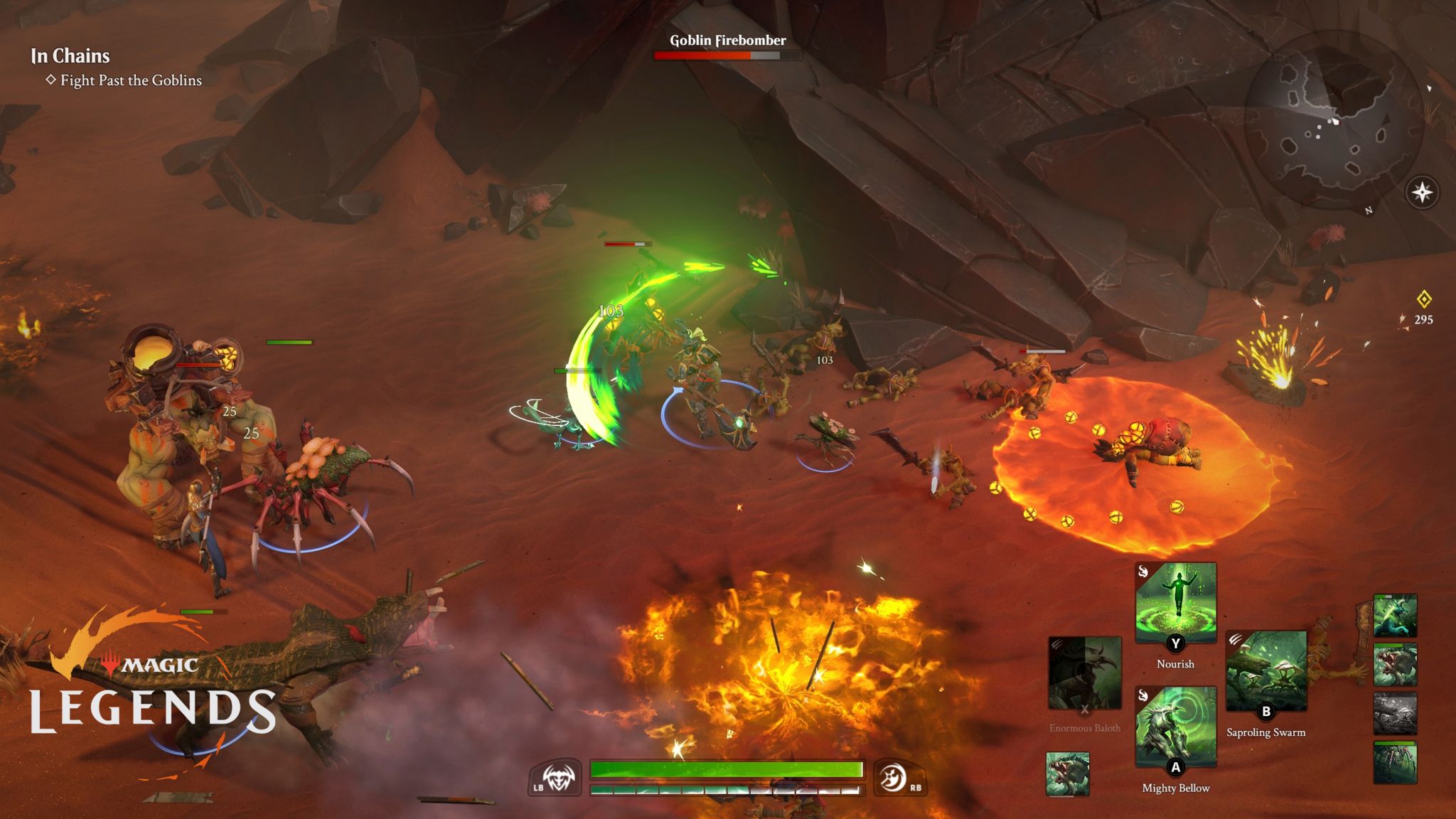 At the end of a boss fight in my demo, the reward screen showed a nearly endless list of incremental progress I had made across dozens of spells. It certainly didn’t give me the rush you get from a legendary weapon dropping, but that isn’t necessarily a bad thing as long as I’m not overly incentivized to start buying shards to speed up my progress. Adam Hetenyi, the Principal Lead Designer on the game who I spoke to during my play session, said that while the team isn’t ready to go into detail about the monetization structure of the game, players can look to their history with properties like Star Trek Online to get a sense of how reasonably monetized their games are.

I had a blast playing a green deck Beastcaller and red deck Geomancer in the demo (the third announced class is the Mind Mage, which I can’t wait to get my hands on) because the devs have done such a beautiful job marrying the ARPG to a card game. In Magic: Legends you get to have all the wonderfully crunchy fun of theory crafting an OP deck, and then use that deck to obliterate hordes of demons and monsters with powerful spell combos. Magic: Legends is shaping up to be two great flavors that taste great together, and I can’t wait to spend a lot more time with it when the public beta launches sometime later this year.