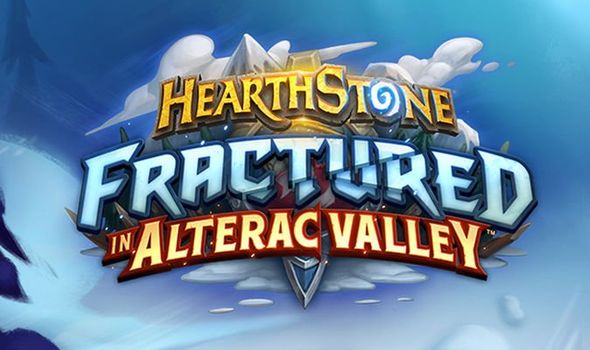 Fractured in Alterac Valley offers the next major Hearthstone card expansion on Android, iOS and PC platforms and the final major DLC drop for the year.

Fans will be able to build brand new decks, explore fresh tactics and collect over 100 new cards to use in their favourite lineups.

Blizzard is also planning big things for its latest mode, Mercenaries, which receives new Hero Cards with powerful Battlecries and Hero Powers that can shape the course of battle.

The Alterac Valley release date will also help build toward an expanded storyline based around the Horde and the Alliance.

According to the official description, the two factions are locked in eternal battle and have called for new Heroes and Mercenaries to help turn the tide.

137 new cards are being added to the game alongside the new Honorable Kill Keyword as part of Phase 3 of the Year of the Gryphon.

A message from Blizzard provides more on some of the new features arriving later this week, explaining:

“All players will compete for Honor in order to receive free rewards and claim victory for their faction. You gain Honor by playing and winning during the eligible period:

“Honor can be gained in Ranked, Arena, and Duels Modes. As you gain Honor, you climb through the ranks of your faction, and across the frozen battlefield—eventually capturing a Golden copy of the enemy faction’s leader!

Plenty of new bounties and Mercs are coming to the Mercenaries mode, with fresh cards being lined up for Hearthstone Battlegrounds, following the defeat of Diablo.

The Hearthstone Fractured In Alterac Valley release date has been set for Tuesday, December 7, 2021.

Launch times will differ depending on your playable region, and some gamers will be waiting longer than others.

Some Hearthstone updates and expansions can take longer to arrive on certain platforms, and the game might not be patched until December 8 for some gamers.

The Hearthstone Alterac Valley release time is expected to start rolling out across platforms at around 10am PT, on December 7, 2021.

For gamers in the UK, this would mean the next Hearthstone expansion going live at 6pm GMT, although delays are possible.

And it should be noted that while this is the expected launch schedule, Blizzard hasn’t shared a full guide on their plans yet, meaning things could shake out a little differently.

More details on the new Hearthstone expansion features can be found below:

Despite the bitter hostilities between the factions, remember to fight with honor! Cards with the new Honorable Kill keyword have a bonus effect if they deal exact lethal damage to kill an enemy minion on your turn!

Never fall back! Alterac Valley is full of strategic Objectives that you can claim and use to your benefit in battle. Objectives are spells with effects that last for three turns! Press your advantage while you still have it, and swing the fight in your favor!

Fractured in Alterac Valley will kick off Phase 3 of the Year of the Gryphon. Phase 3 is on track to include a Battlegrounds update, a seasonal event, and more solo experiences. We will also continue to bring updates to Traditional Hearthstone, Duels, Mercenaries, Tavern Brawls, and Solo Experiences.