Horizon Forbidden West has a ton of alternatives to simply firing a weapon at an enemy. There are the Valor Surges, Passive Boosts, Traps, and Weapon Techniques, all of which make the combat more diverse and make it easier to take down those tricky machines.

Going through the skill tree, there are quite a few techniques, but it's good to know the best for each weapon. Heading into battle unprepared is always a dangerous choice, so make sure you have the best technique equipped for whatever weapon you're wielding. They'll be sure to help you out in even the deadliest of situations. 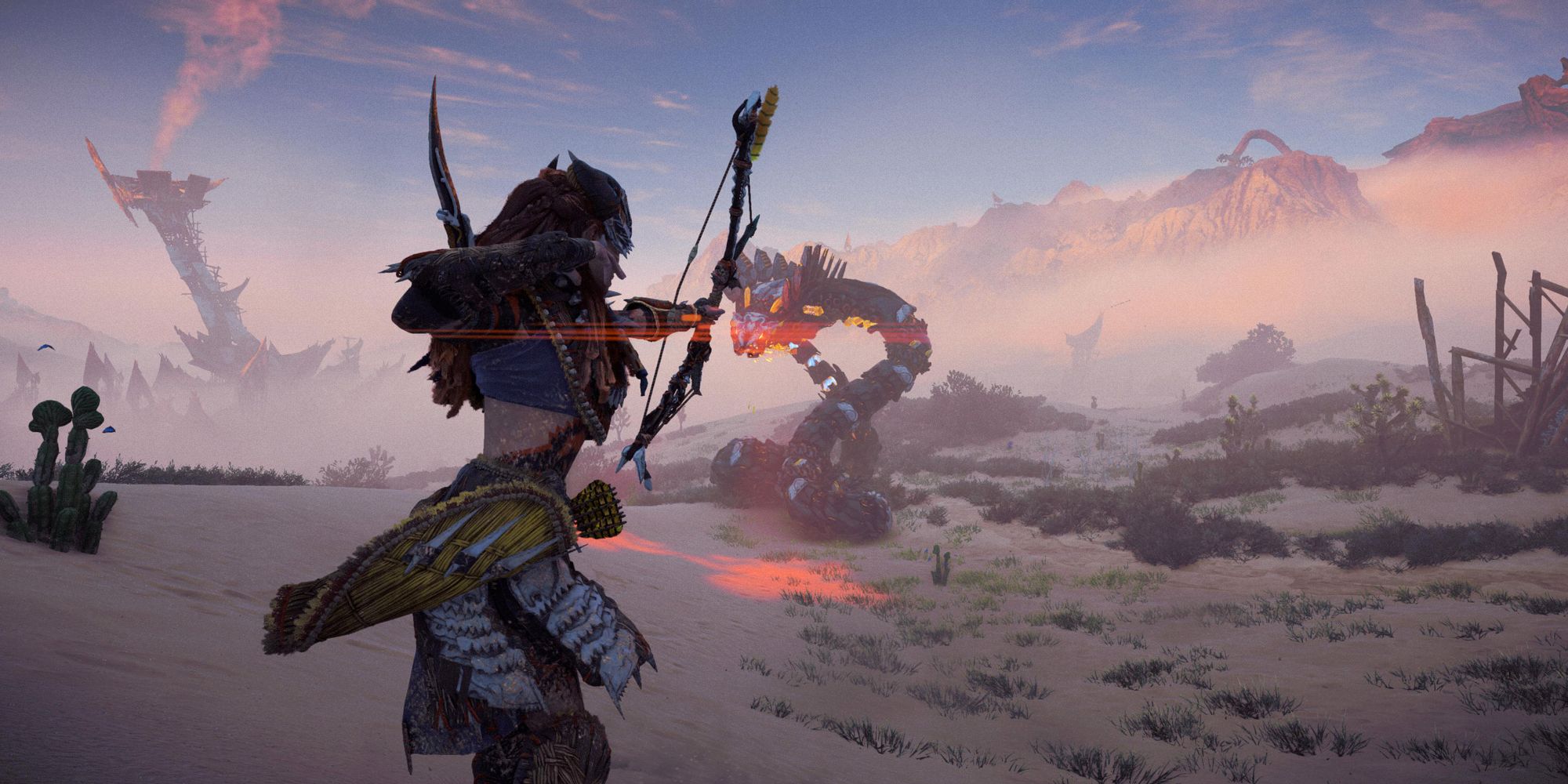 You can load up to three arrows of your currently equipped type with triple notch. To do so, tap R1 while aiming to add another arrow, and then fire the arrows using R2. Preparation for loading the arrows means you'll have to keep out of attack range before re-entering the fight, but the added damage is worth the time.

Triple notch can be good if aimed at the weak spots on a formidable machine or for whittling down health on heavy weapon Rebels. As long as you hide behind something while loading in the arrows, triple notch will be helpful. 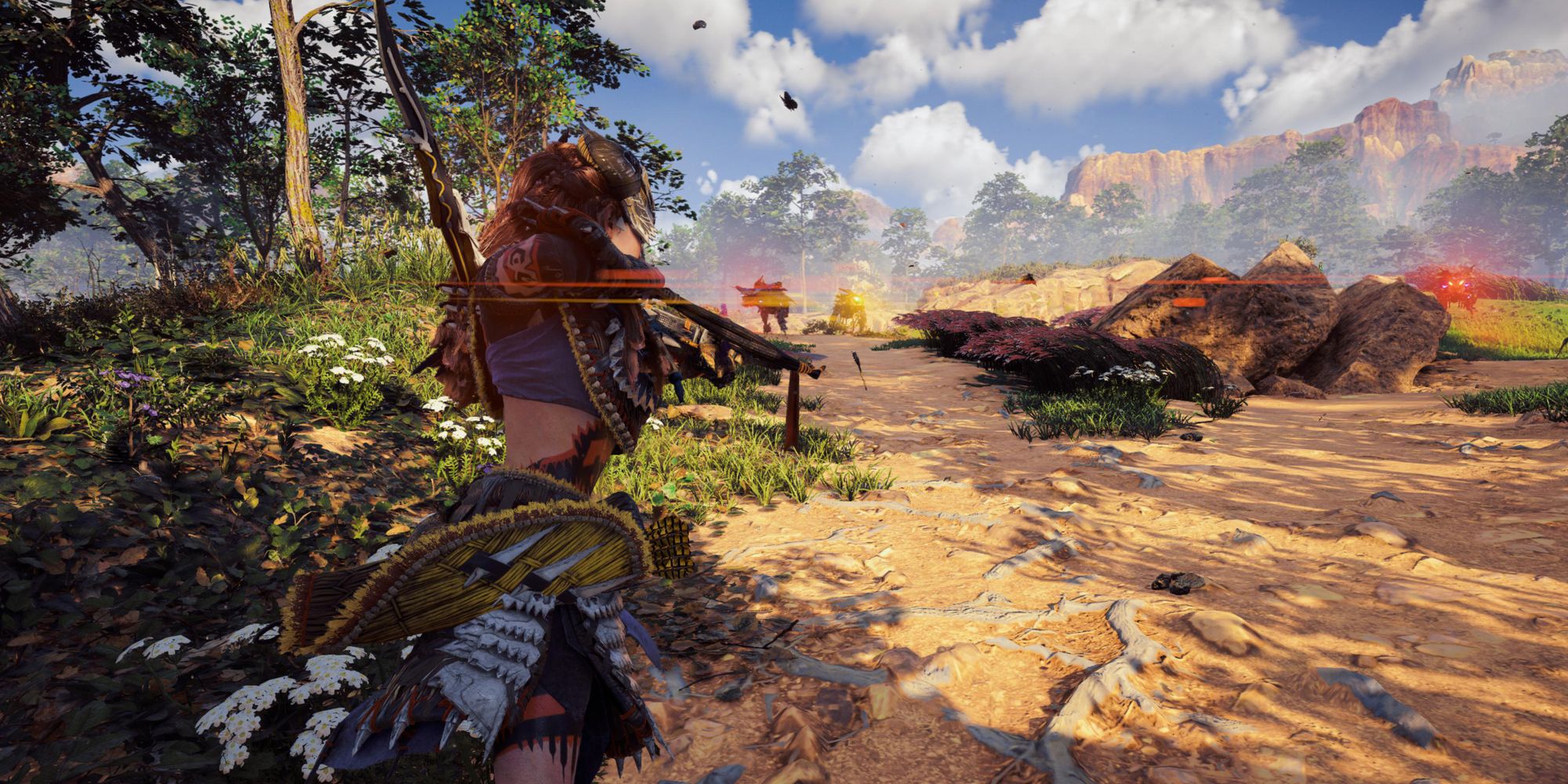 The Ropecaster is one of the best weapons to be using in Horizon Zero Dawn. While not as handy for combat in Forbidden West, it can be a great tool to lock down agile machines (who usually make it difficult to dodge). The penetrating rope attaches to any part of an enemy, even onto armor, without the need to fully draw the weapon first.

The Ropecasters drawing speed does take quite a while, so even just getting one rope attached quicker is extremely helpful for beginning to tie down an enemy. The rope doesn't use up any ammo but depletes a medium amount of weapon stamina. 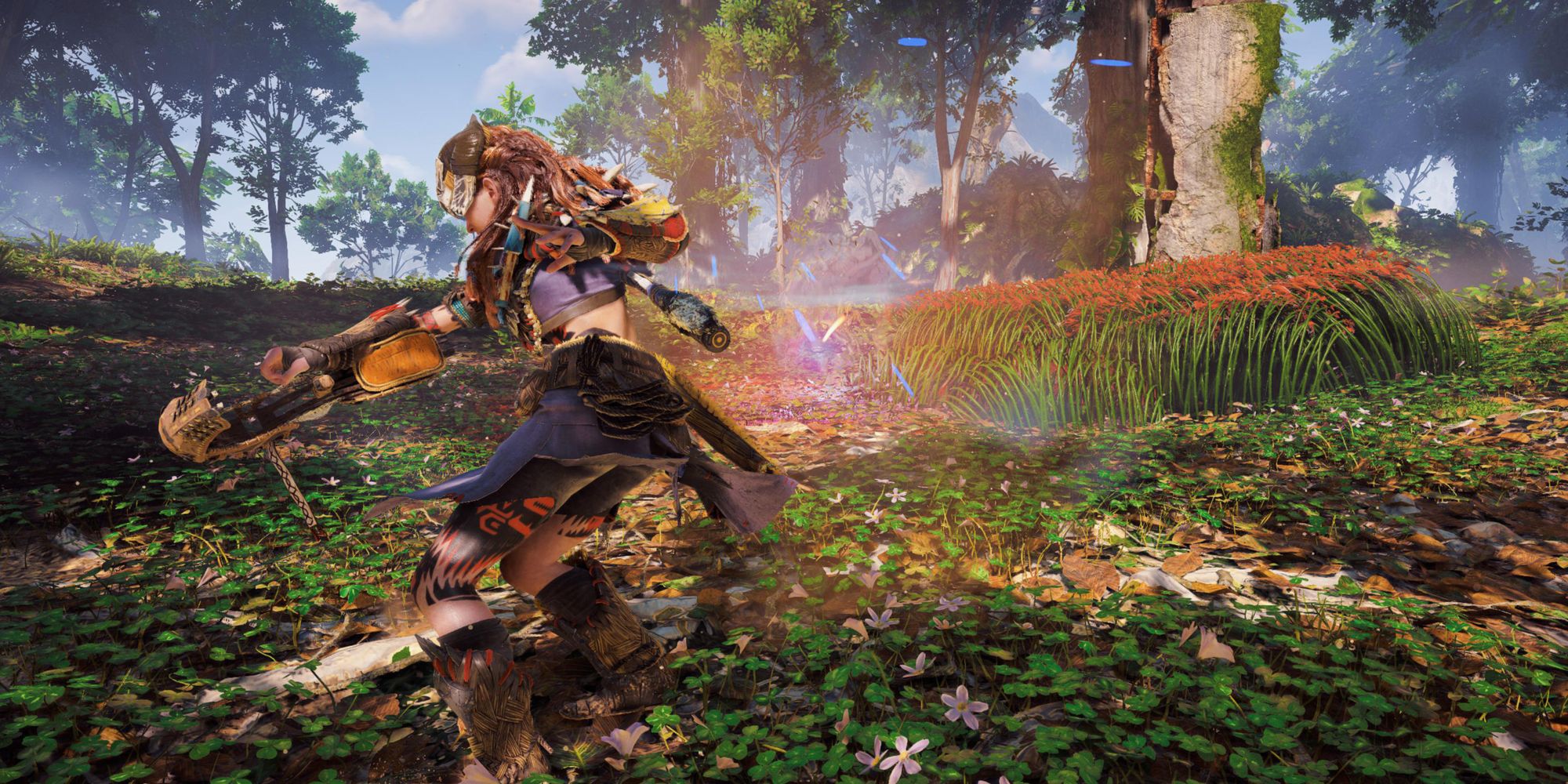 The shredder mine technique launches a shredder that ricochets off its point of contact before hovering in place and dealing shock damage to anyone within range. Shredder mine uses up two shredders of the currently selected type, using a medium amount of weapon stamina.

Arguably, one of the coolest weapons in the game, the Shredder Gauntlet is perfect for short and mid-range targets that you can't quite get a solid hit on. When enemies are moving too fast to target weak points, but you need to knock down health, make use of the Gauntlet and its shredder mine technique. 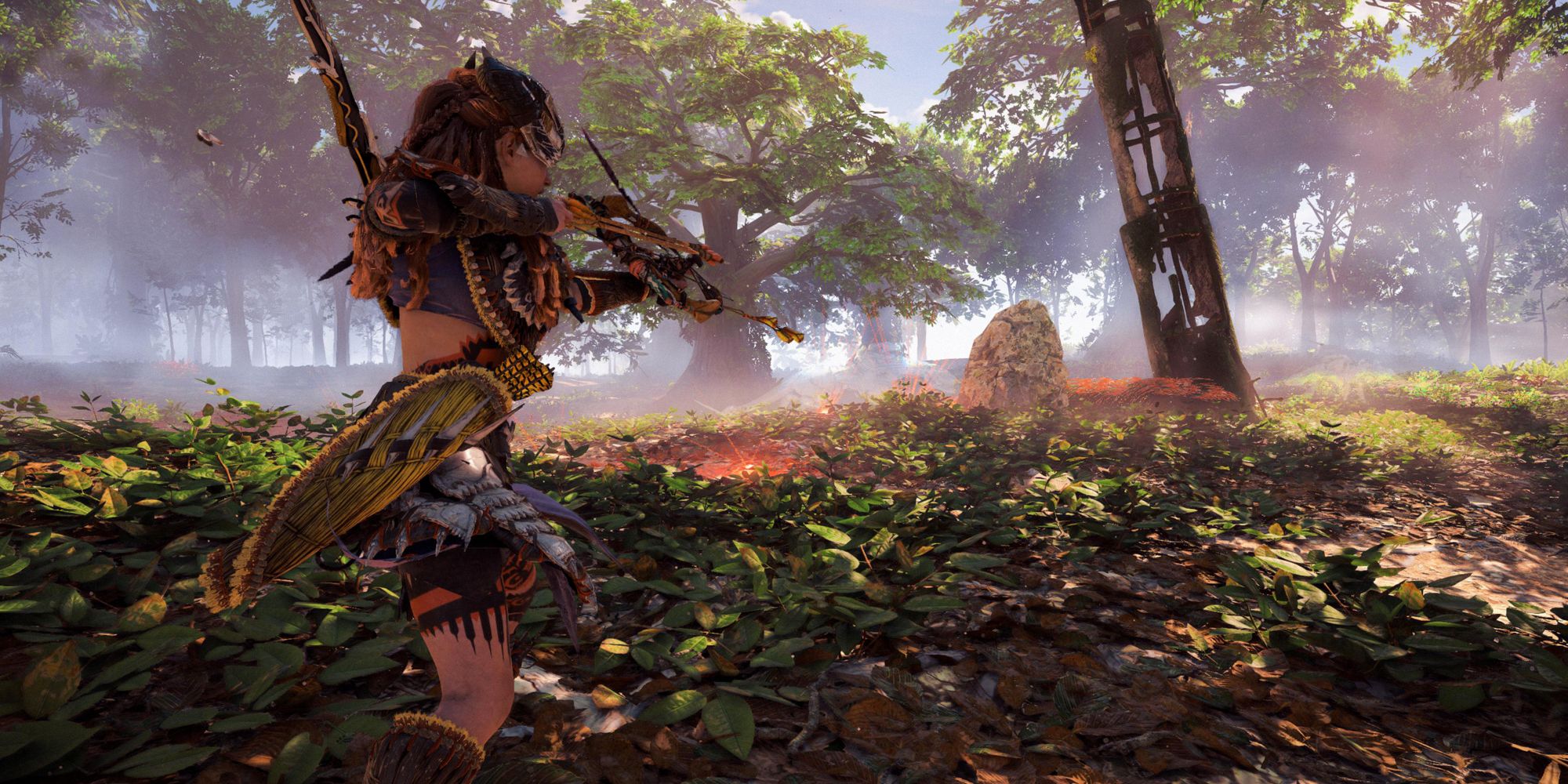 Fire five arrows in a horizontal spread with the spread shot technique active to fire at the enemies ahead quickly. The spread shot uses up a medium amount of stamina but can be a neat trick for biding your time while you rack up the resources for more powerful weapons.

The warrior bow and its attacks are usually the go-to for some quick albeit minor damage that is great for human enemies or weaker machines like the Burrowers. Using any warrior bow weapon technique also means you won't be waiting a while before you can fire, unlike the techniques of other weapons. 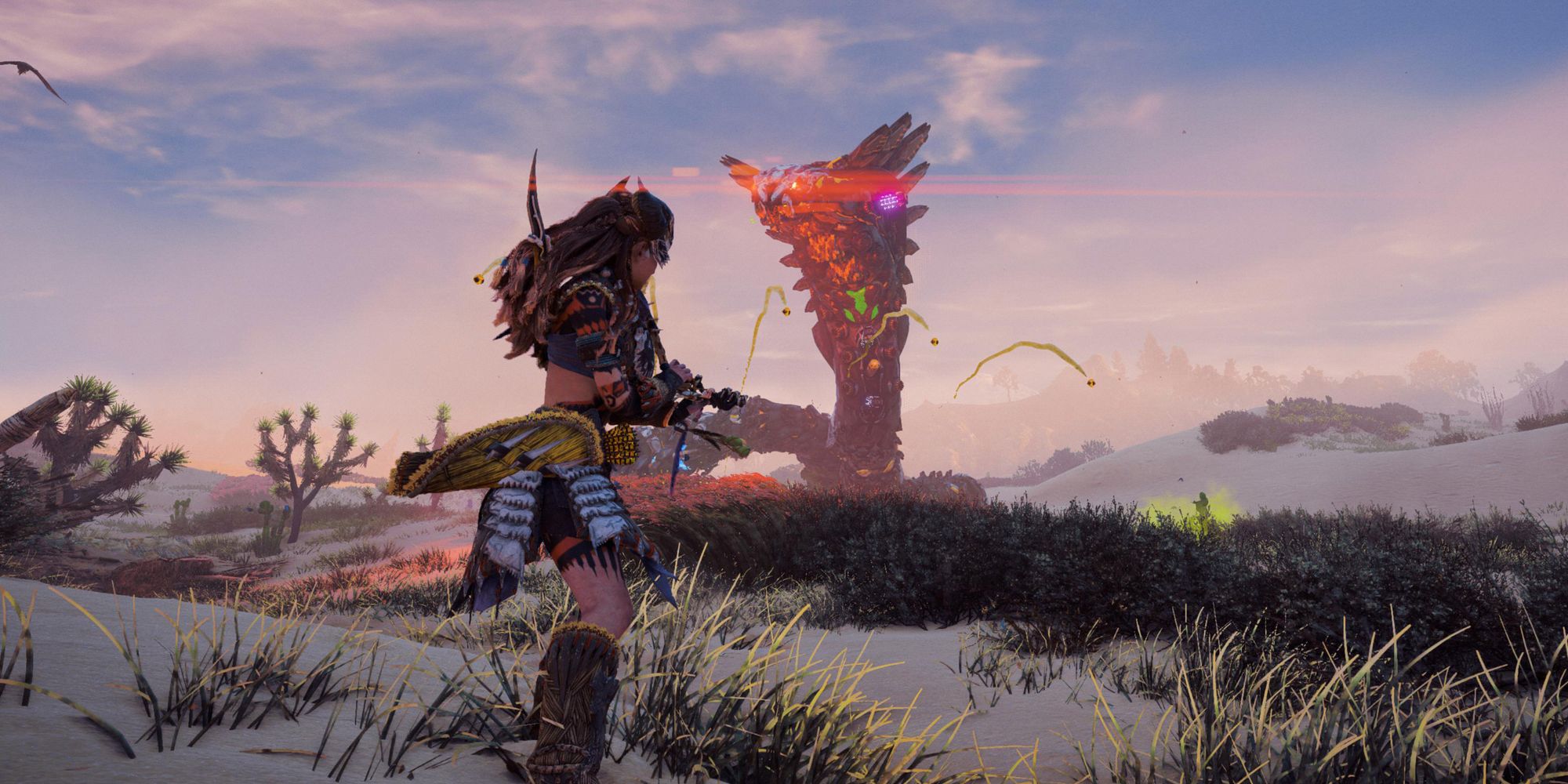 Equip burst dodge to throw a burst of bombs before you while automatically dodging backward. Firing with a Blastsling is excellent but can be tricky since you have to be within close range of the desired target for the attack to land, which is why automatically dodging out of the way is so beneficial.

Choose an ammo type the target is fragile too and use burst dodge when within firing range for a better chance to knock down the enemy. Then follow up with a critical strike or use Sharpshot arrows to knock off some components. 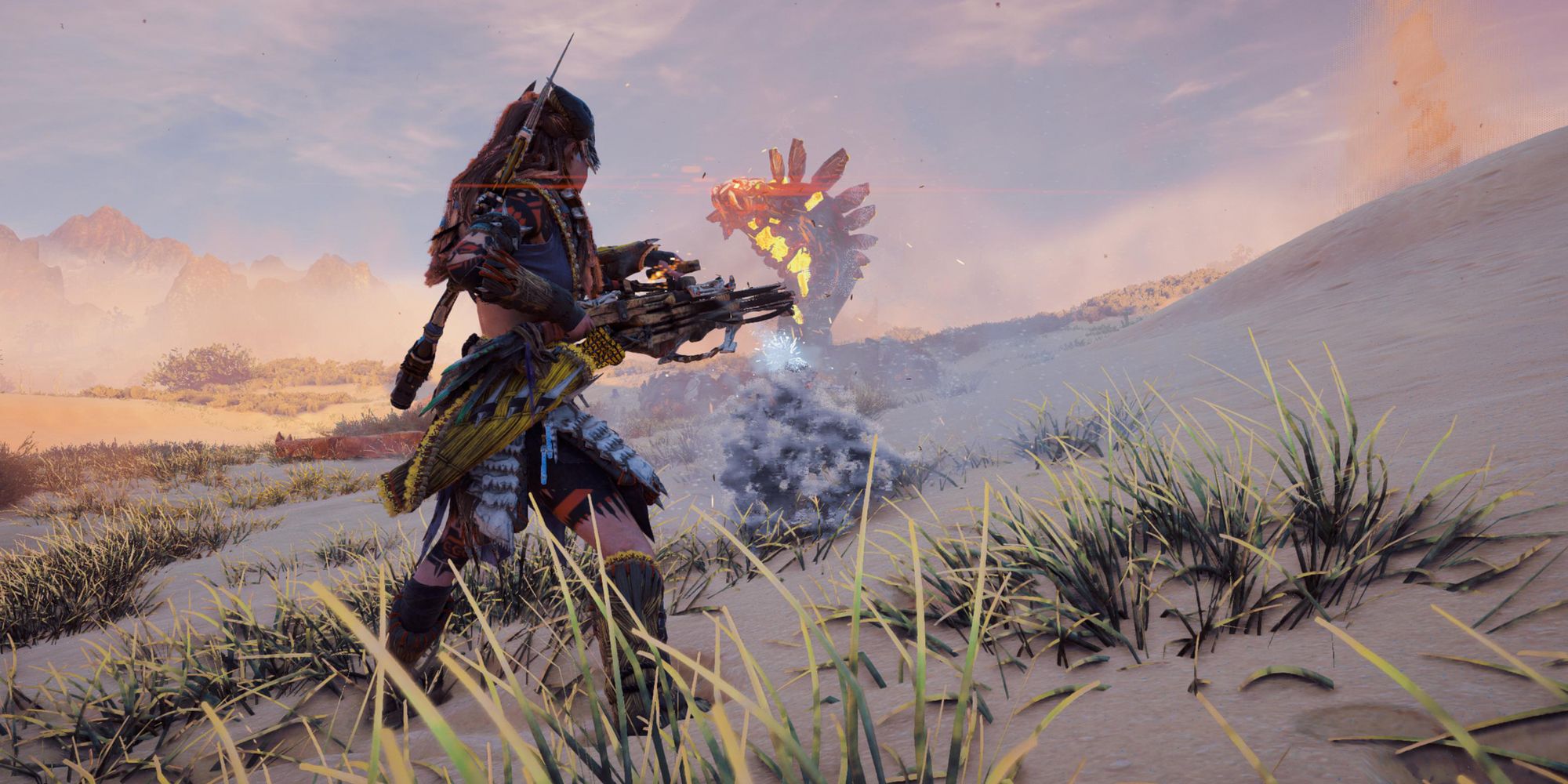 Unleash an entire clip of bolts with the sustained burst weapon technique, with the catch being you have to stay immobile to see it through. Staying in the same place shouldn't be a problem, however, since dodging while the Boltblaster is equipped is incredibly difficult. Instead of the usual roll Aloy does to dodge out of the way, she will instead jump sideways onto the floor, making rolling mostly a no-go.

Sustained burst is a good shout for when taking on the bigger machines like Tiderippers, Behemoths, Slitherfangs, and Tremortusks since adding elemental damage to those machines takes a lot longer than with smaller ones. Using sustained blast will deplete a large amount of weapon stamina. 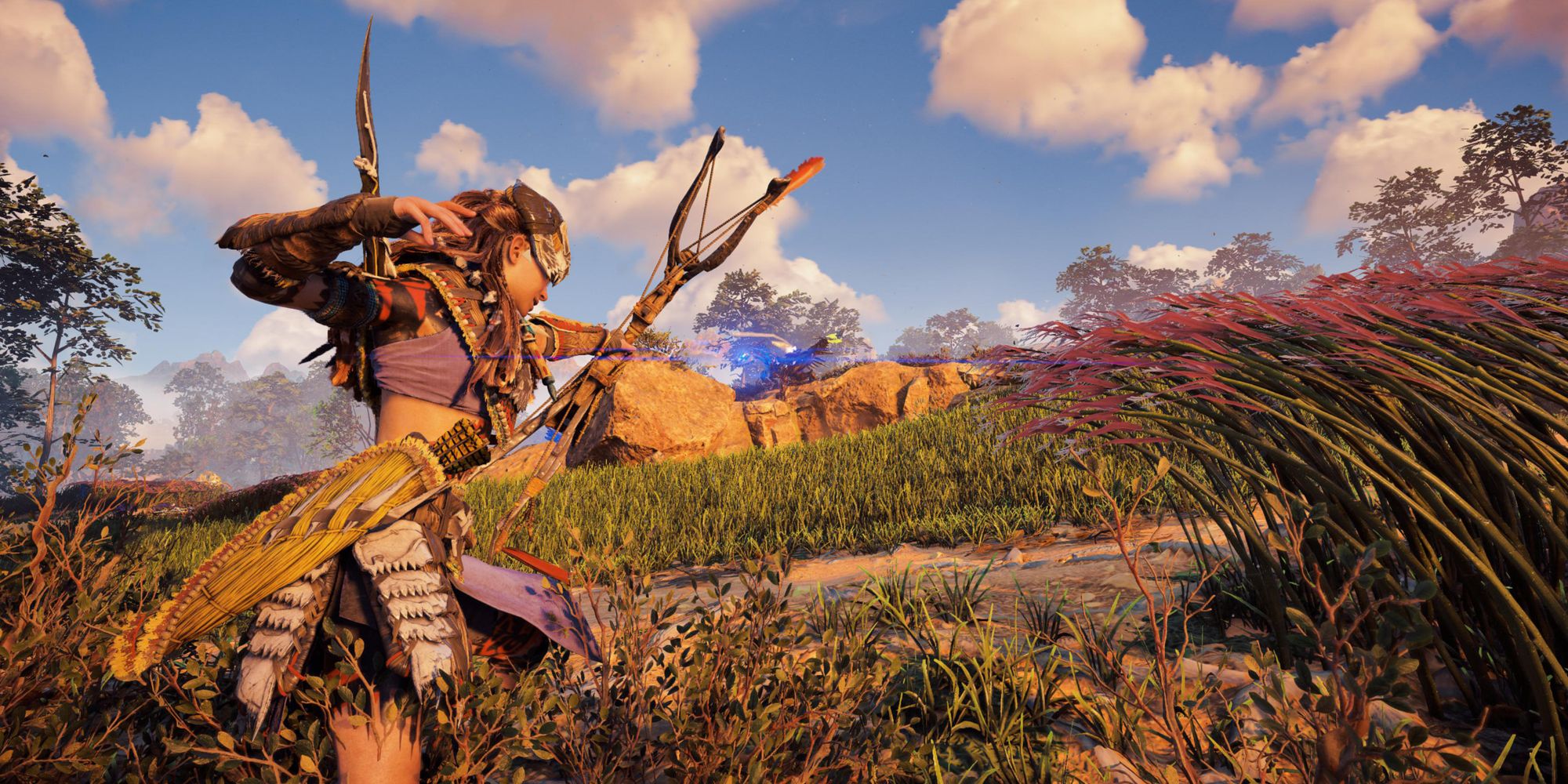 Focused shot is one of the available techniques for the Sharpshot Bow, which allows you to increase your weapon's zoom while aiming, firing a powerful shot that deals more damage than usual. And while it will take a couple of seconds to power up this attack or any attack with a Sharpshot Bow, the technique can be incredibly potent against enemy weak spots.

For example, if you're struggling against a Slitherfang, you can use the focused shot to knock off a heavy weapon and then shoot off components with that heavy weapon. Focused shot depletes a medium amount of weapon stamina and uses your currently selected ammo type. 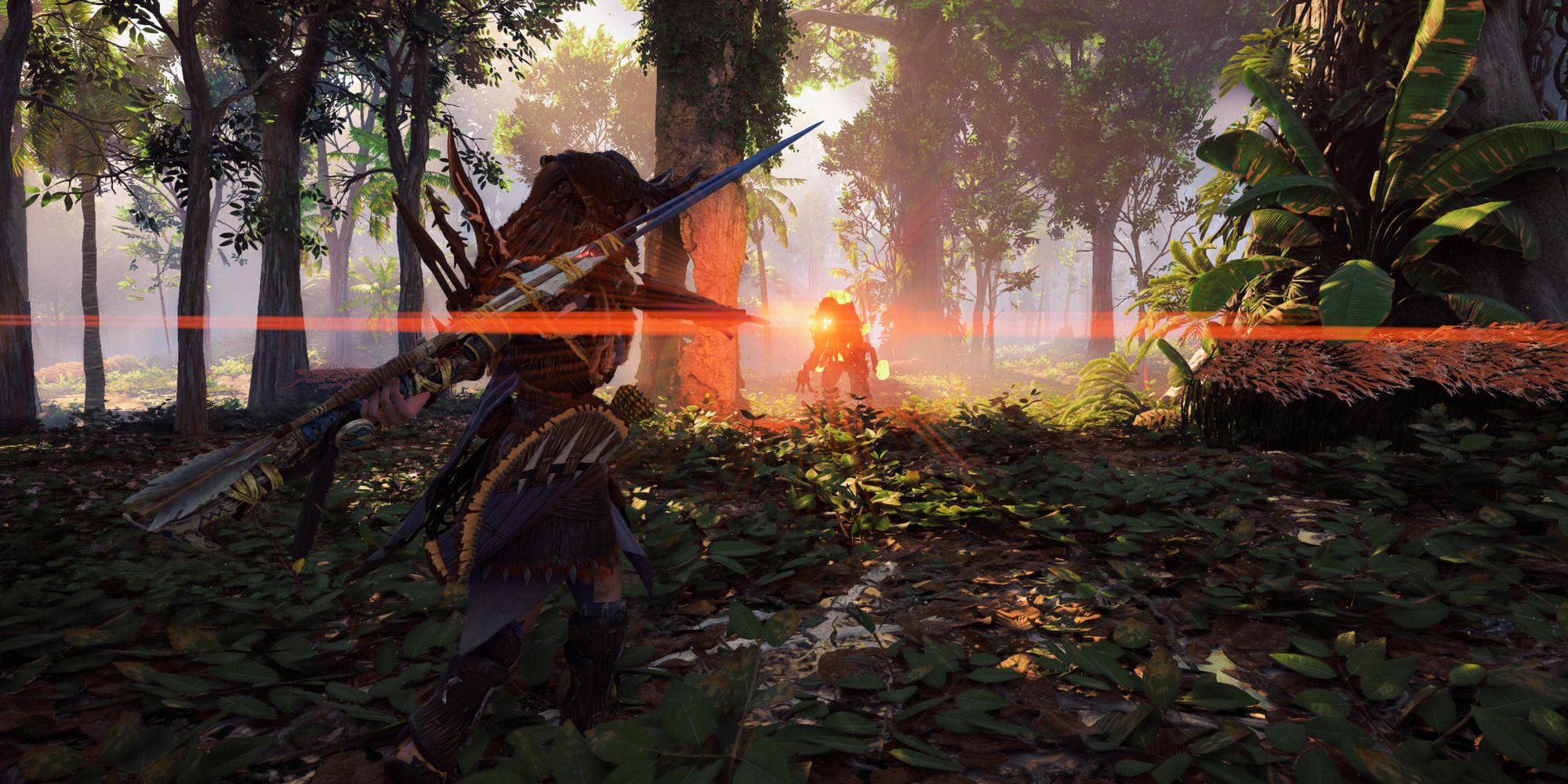 Splitting spike is about halfway down the Machine Master section of the skill tree, which also consists of upgrades for overriding machines and improving mount health. Use splitting spike to launch a spike that splits into multiple projectiles impacting a large area–the perfect tactic for damaging machines that move in packs.

Even just the standard approach of firing a spike without using a technique is a grand idea since they can quickly attach onto enemies, with some even dealing extra damage over time. Though for splitting spike, it will deplete a medium amount of weapon stamina when used.