It’s been 20 years since the last expansion to hit a Baldur’s Gate game. Hasbro is betting that the current renaissance of Dungeons & Dragons will translate into strong sales of a brand new Baldur’s Gate made by the same studio that brought us Divinity: Original Sin. Larian Studios is no stranger to adapting tabletop gameplay to video games, but when it comes to Baldur’s Gate 3, they wanted to ensure as faithful a representation of D&D rules as possible.

In an interview with IGN, combat designer Matt Holland at Larian talked about just how closely Baldur’s Gate will mirror the current rules for Dungeons & Dragons. So far, it seems like they’ve stayed pretty close to the source material, with only a few minor deviations made for the digital medium.

Turn-based action is not hard for a video game to replicate, but getting each of those turns to feel like the 6-second rounds in Dungeons & Dragons is more challenging. Baldur’s Gate 3 uses a similar combat system to Divinity: Original Sin 2, but stretched out so that each turn follows the same structure as D&D. Each character has movement, action, bonus action, and reaction just as they do in the tabletop game.

Out of combat, however, time flows freely. There’s no need to play the game in 6-second increments unless you have a goblin bearing down your neck, but there are times when you want to take stock of your situation and make a plan. Those “what do you do” moments are facilitated by a “pause” button that will let the player strategize freely in much the same way they would while sitting around a table with their playgroup (unless your DM is a jerk and puts you on the clock).

This pause button really comes into its own during stealth sections. There, a player can hit pause, plan out their infiltration, and then execute the perfect sneak attack. 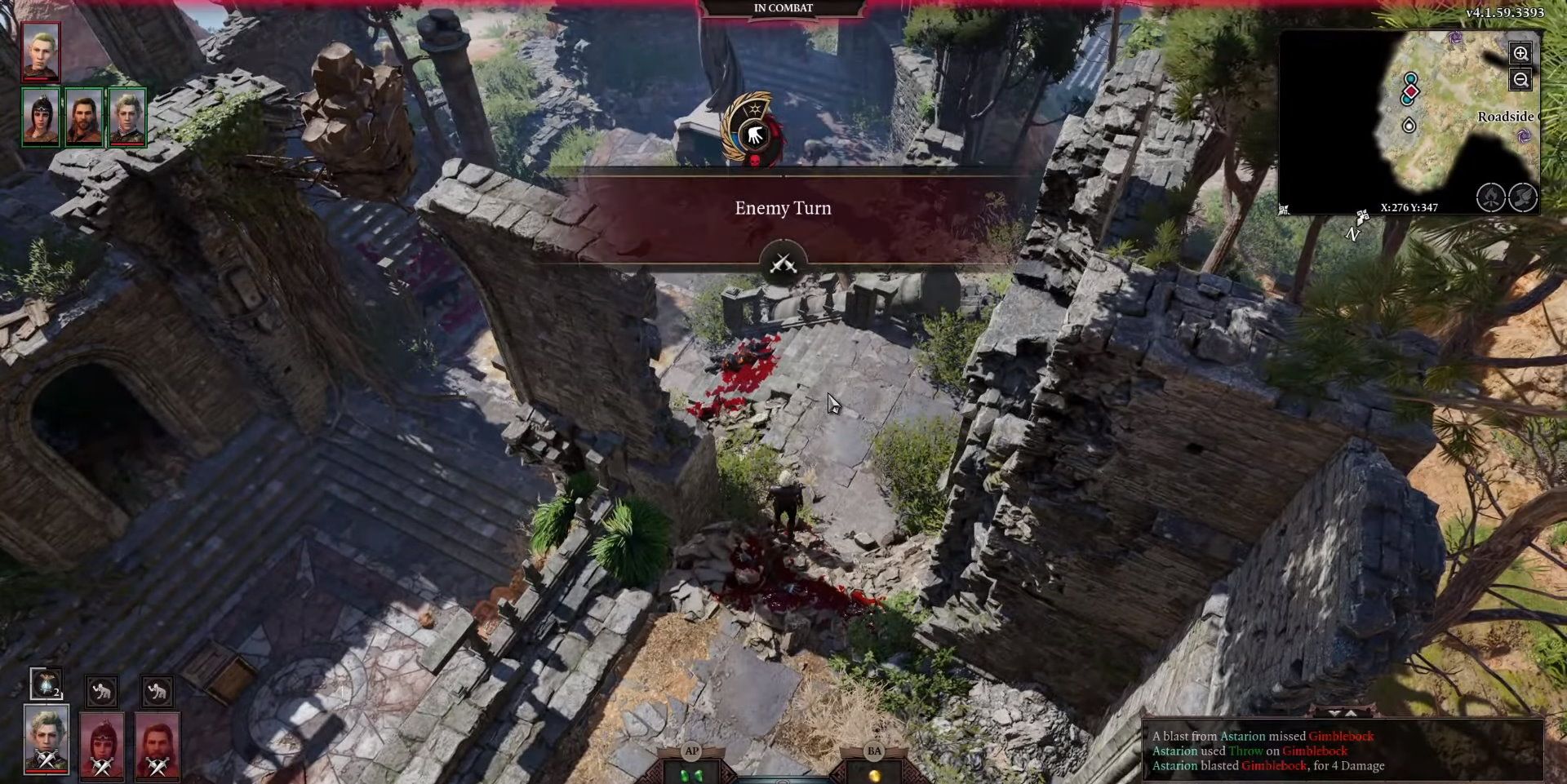 Initiative works a bit differently in Baldur’s Gate 3. Rather than each character and monster having their own separate initiative rolls, Baldur’s Gate uses Side Initiative. This means that each side rolls a D20 and whoever rolls highest goes first. It’s technically in the rules (see page 270 of the Dungeon Master’s Guide), but rarely implemented on paper.

Larian decided to go with Side Initiative for two reasons. First, it allowed the player to be more creative with spells and abilities, finding combos and group tactics that were spectacularly effective. And second, it meant that players in multiplayer co-op games were more engaged; communication is key in order to pull off those same combos.

Side Initiative also just makes combat generally faster as it means the AI gets to move their pieces all at once. It does break the action economy somewhat as it means that whoever goes first can focus-fire down an opponent before they can even respond, but given the number of enemies you’ll face, this probably won’t be as game-breaking as it would be on paper.

Skill checks are all done behind the scenes. Perception, investigation, and charisma-based skills all happen automatically as necessary. For example, when passing by a hidden object, the player will either pass their check and the hidden object will appear when they walk by, or nothing will happen. All characters make these checks individually so as to not slow down gameplay.

But What About Spells? 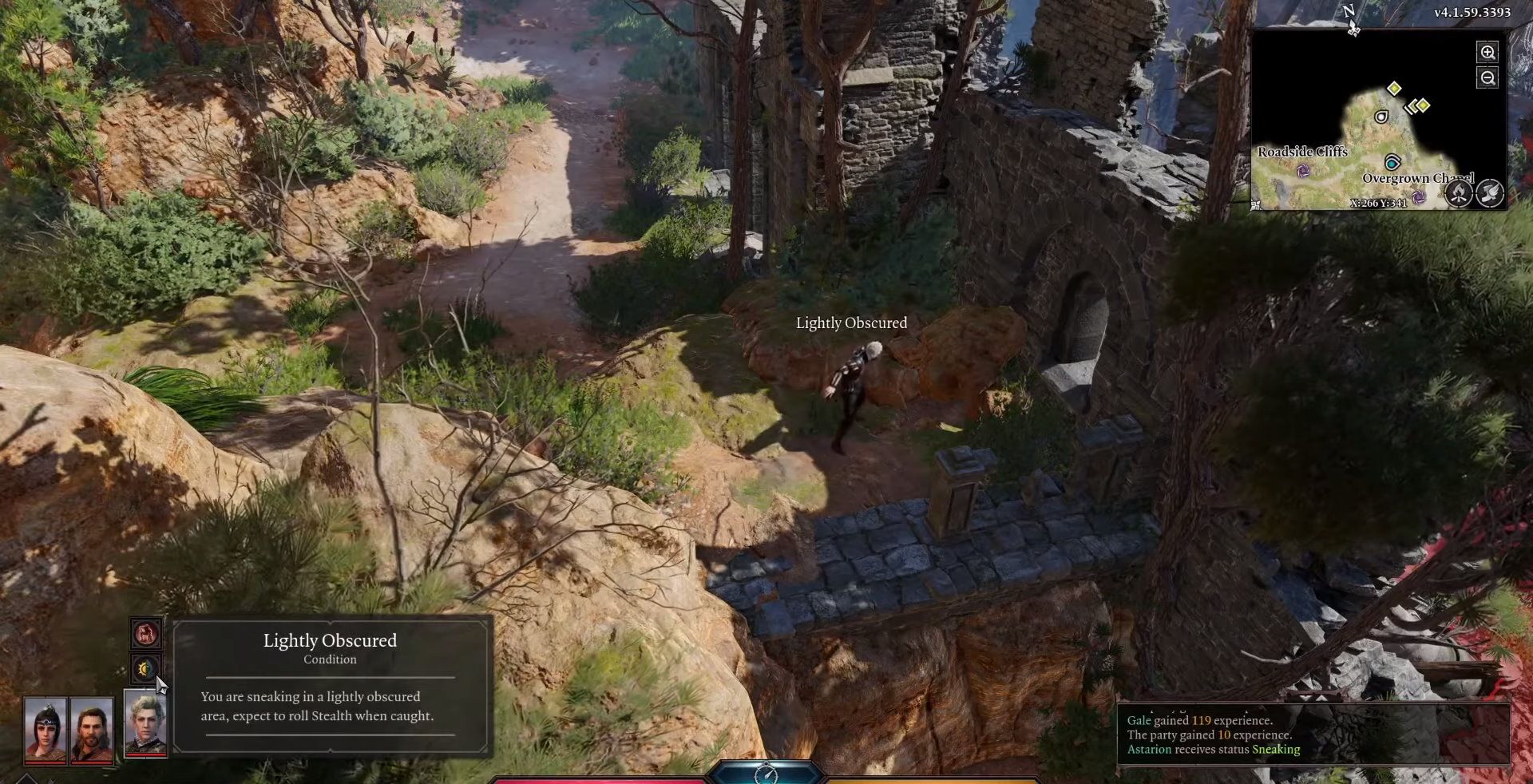 Some spells are – as expected – difficult to implement in a video game. Fireball and Guiding Bolt are simple enough, but more open-ended spells like Minor Illusion and Wish are far tougher to code for. How do you allow a player to Wish for anything they can think of?

To get around that, Larian has implemented a context-based system for these spells. It means you won’t be able to do as much as you could in the tabletop version of D&D, but it does mean you’ll have a list of options that you can select from in any given situation – provided you have the right spell, of course.

The one thing Larian hasn’t quite figured out is reactions. They found that popup menus that come up whenever a reaction becomes available didn’t feel good, so opportunity attacks are all just automatic. Things like Counterspell are a little trickier, and Larian is still trying to find a way of implementing that spell without interrupting the normal game flow. We’ll find out how they fix that problem when Baldur’s Gate 3 enters Steam Early Access later this year.