Dreams for the PlayStation 4 is a truly enthralling experience. But like any other form of art, it takes a steady hand and lots of work to complete a masterpiece. When booting up the game, players will be met with a beautiful array of colors and voices before being asked to pick an Imp — you can change this later, so don’t worry too much about your choice.

Following the prompts the voice gives will eventually lead to the option to Dream Surf or Dream Shape from a home base. Dream Surfing allows users to play created games, so check in every day to see what’s trending. To create original works of art, players will need to Dream Shape. 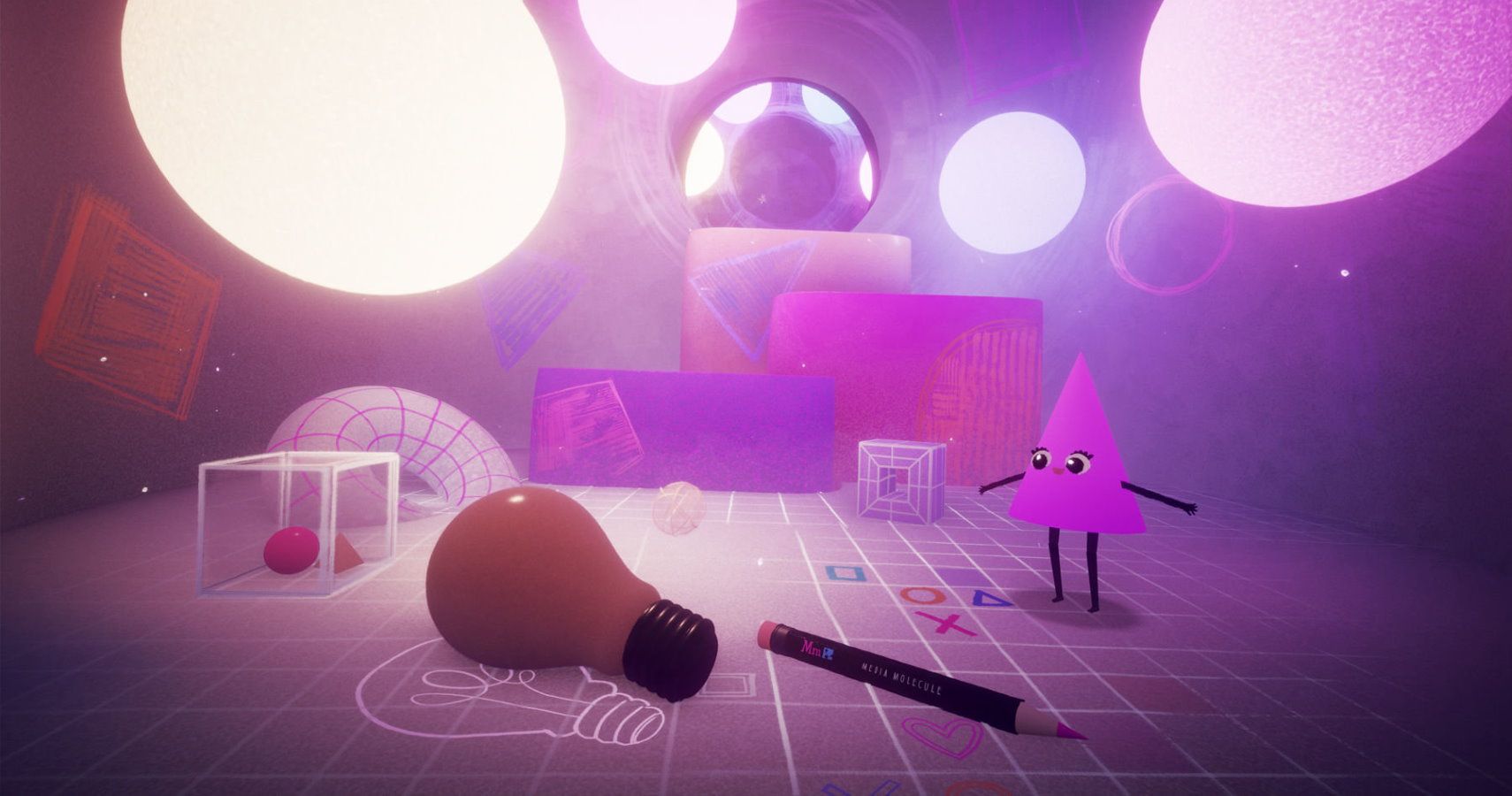 Welcome To Your Home Space

After completing the opening sequence, players will be dropped into a completely customizable hub world that starts off as a blank slate. It can feel a little overwhelming at first, but continue to follow instructions and place a kitchen or a bedroom from the menu to spruce the place up a bit. Once there’s a cozy place to return home to, it’s time to start tutorials.

Tutorials Are Dreams‘ Bread and Butter

Tutorials, or Imp Quests in Dreams are required to unlock assets to put in your home space and levels (such as new playable puppets, furniture and scenery) but they accomplish much more than that. Creating a level without going through the necessary tutorials is an exercise in frustration, given the camera control scheme and where some tools are located in the menu.

In the same way, it might be frustrating to learn about grid-based movement which clicks objects next to each other after a player has spent an hour creating a fully-functional house with a kitchen, bedroom and bathroom that doesn’t quite line up right.

Finally, Tutorials are really charming in their own right. It’s worth going through to see the love and attention Media Molecule has given to teaching players how to create properly. 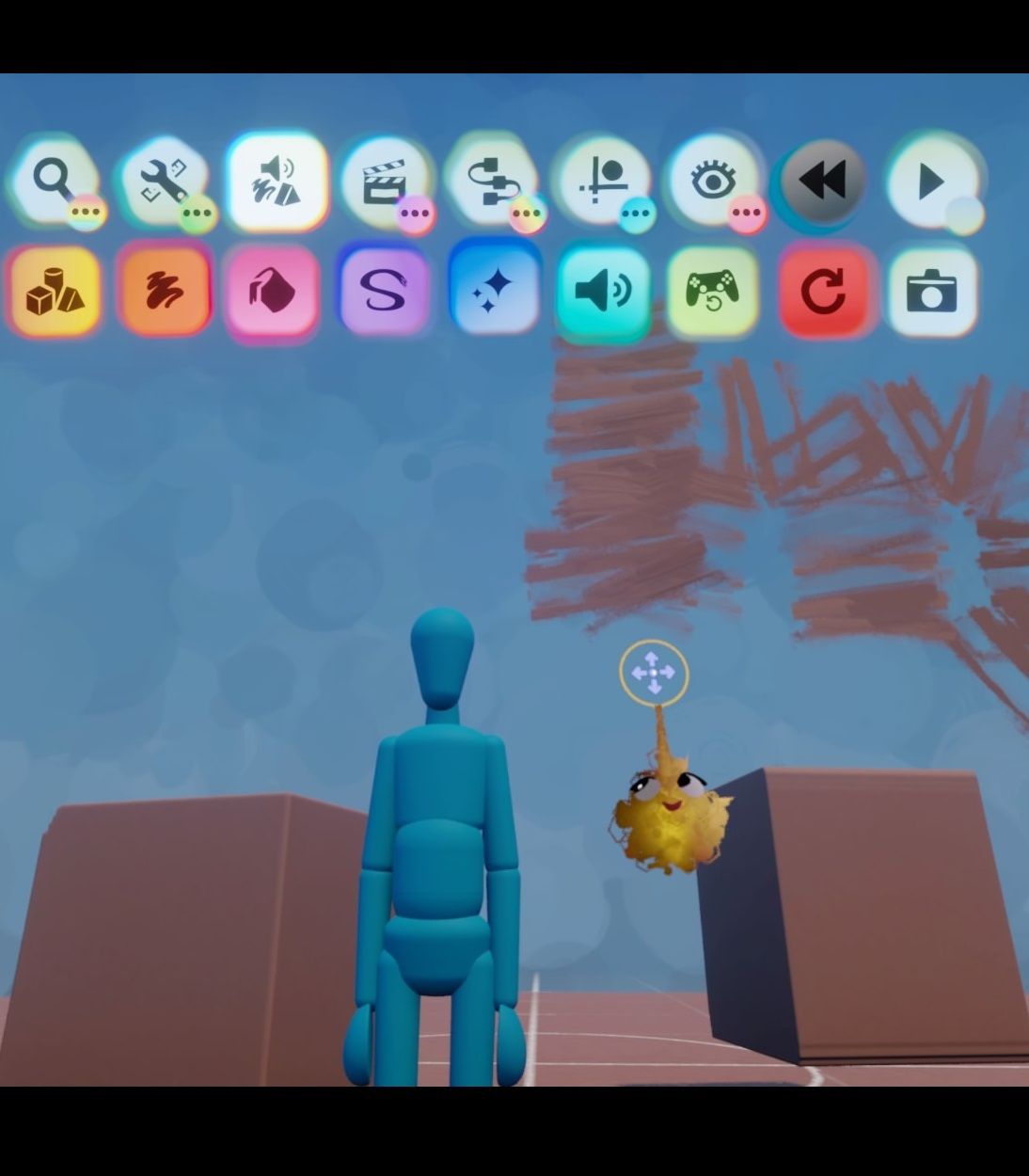 Knowing The Camera is Everything

Having a good grip on the camera will allow players full reign of their scene. That means clicking things together, grouping objects, and adding platforms where they need to go becomes a breeze rather than an exercise in frustration.

Holding R1 while an Imp is centered on an object and moving the analog stick away will activate the grab-cam, which locks onto that object and allows the camera to be moved around it. Holding L1 and moving the analog stick up will move the Imp directly up. Go through the basic camera tutorials, know them by heart, and practice because the sooner the controls become second nature, the sooner you can go to the next step. 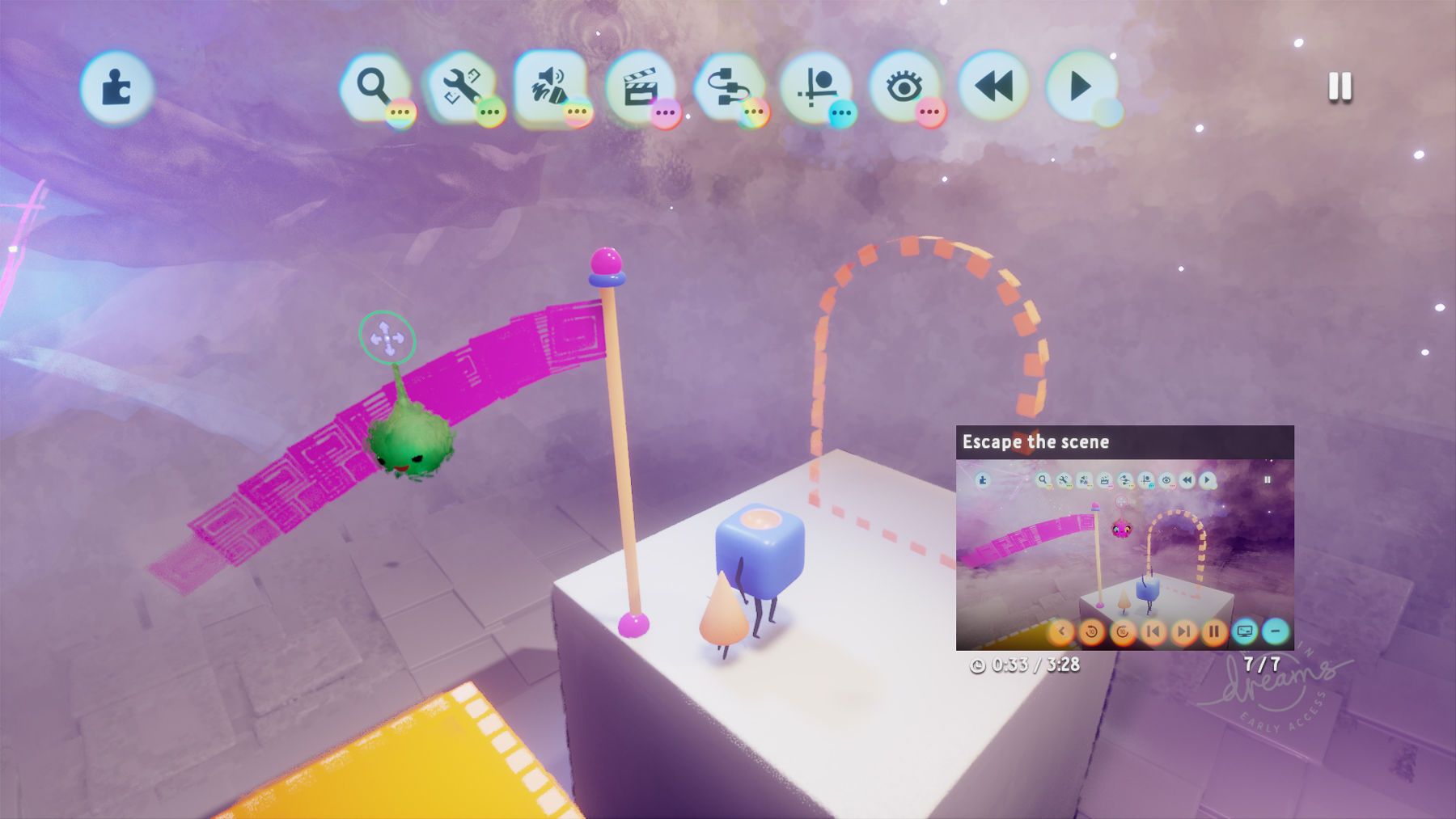 The Imp Quests of Dreams will task you with making levels and then releasing them to the community. Don’t worry about making a perfect first level to rival the best Dreams creations out there — there’s a lot of skills to hone in this title, and there’s always the option to come back later and edit your most basic creations. It’s possible to create just about anything in Dreams, but that doesn’t mean it’s easy.

The Animate tool, for example, can be popped onto an object, and moving that object around will create a moving platform. Not only is this a great way to liven up a scene, Dreams makes it easy by allowing that moving object to be cloned. Realizing that a hazard block can be animated, cloned, and placed side by side to produce a never-ending amount of synchronized, dancing cubes is just one of the many “A-ha” moments Dreams provides players that experiment and learn its rules. 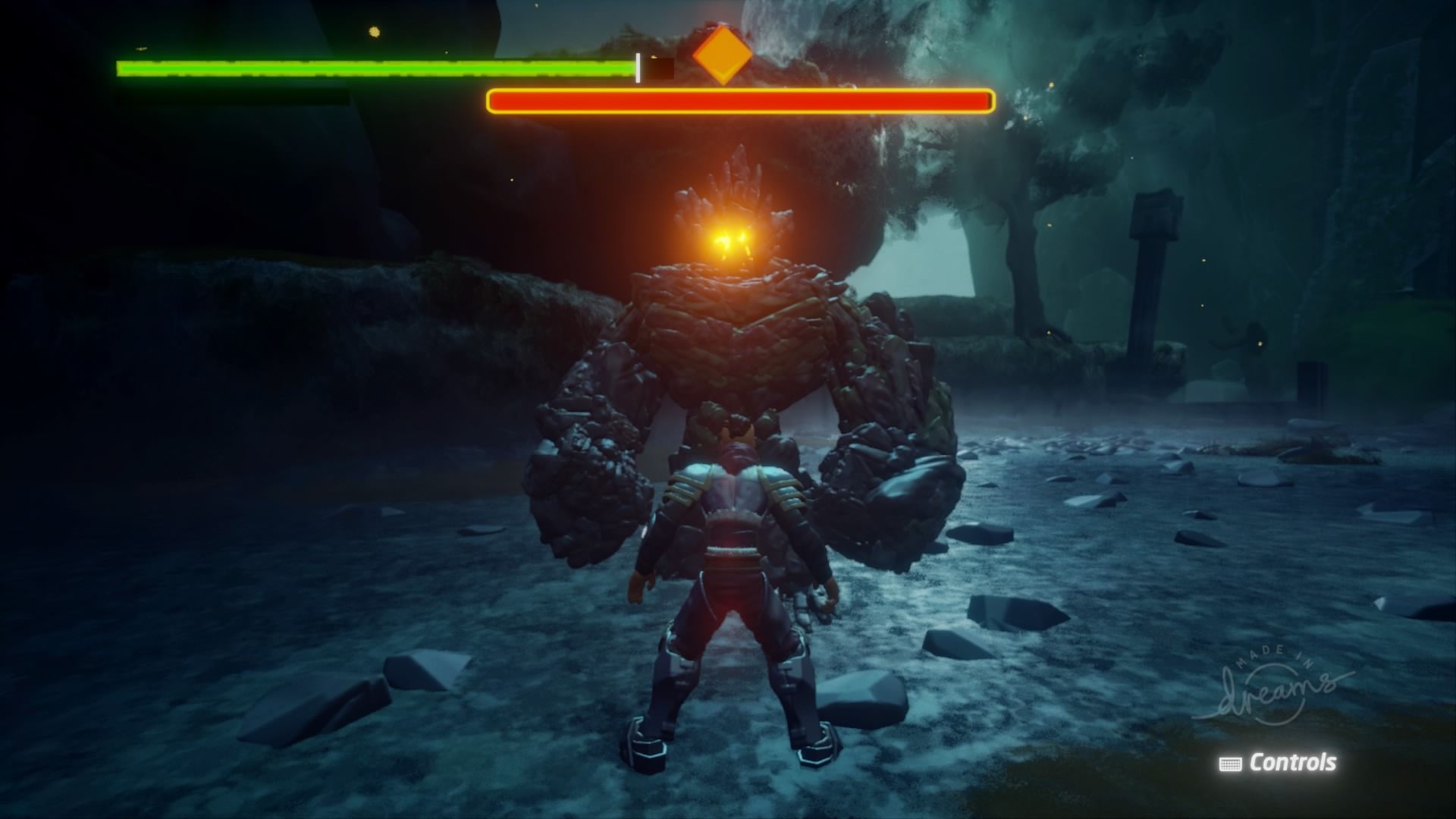 Have Fun with It

Despite being one of the best game creation tools in existence, trying to get through all the tutorials to get to “the game” is a bad idea. Not only are there enough tutorials to burn out even the most avid creator, Dream Surfing exists for a reason. Viewing the levels players make provides inspiration and a much-needed break to what can essentially be a full time job for the most avid creators. Just making a basic level that works can provide satisfaction, and going back later, coloring that level in and adding textures for say, a moving river is part of the fun. Don’t feel the need to rush things; we’re all in this together.