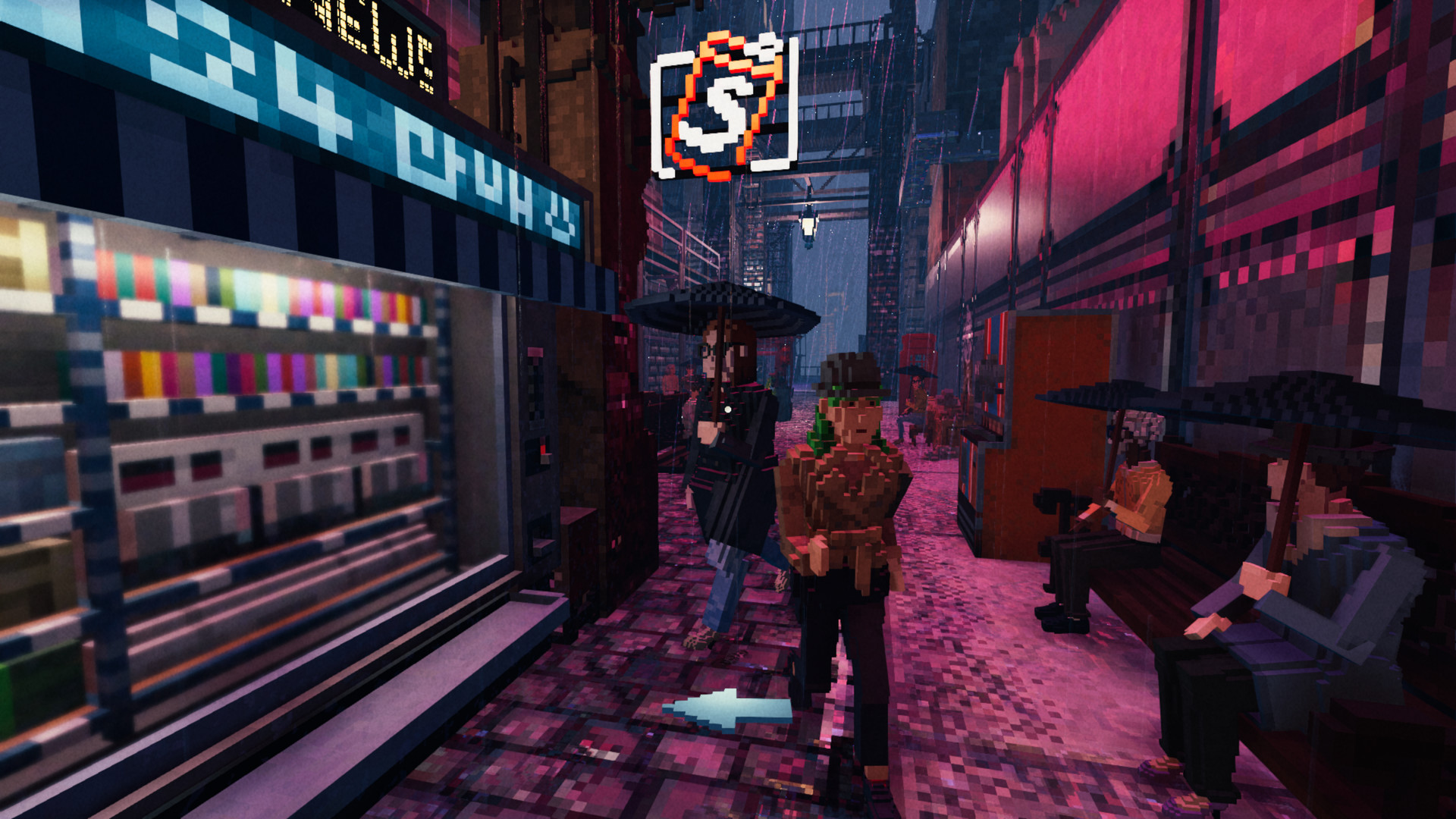 The first WASD video games show in London has proven a goldmine for exciting new indie games due out this year and beyond.

At last, a semblance of post-pandemic normality is emerging and, as proof of that, last week saw the first ever WASD, a brand-new, physical video games show which took place at London’s Tobacco Dock between April 7 and 9. The sense of excitement and relief at being able to attend an actual physical show, visible amongst the games industry employees and members of the public present, was palpable.

WASD could, if you like, be characterised as the anti-E3. Whereas the giant US show used to provide the industry’s biggest beasts with the opportunity to showcase their upcoming wares, the more compact and approachable WASD was, bar 2K and Sega, populated exclusively by indie publishers, including Team17, Fireshine, Devolver Digital, Curve, and Good Shepherd. WASD is certainly smaller scale but given E3 has been cancelled for another year that barely seems relevant.

Initially, as it kicked off on Thursday, an air of calm and serenity prevailed – unprecedented for a video games show but perfect for those keen to get as much hands-on time with the games as possible. On the Friday and Saturday, a more typically frenetic atmosphere prevailed, eventually fostering a sense that WASD could swiftly become the UK’s answer to PAX East, the annual US-based video games show hitherto hailed as the centre of the indie universe.

For us, the star of the first WASD Show was Fireshine Games, freshly rebranded (it used to be Sold Out) to reflect its growing influence as a publisher of indie games, both physical and digital. It showed two efforts – both created in Bristol – that stand a great chance of becoming cult hits.

The first, Silt, is scheduled for release in the next few months, and can be (somewhat lazily) described as a sort of underwater Limbo. Like Limbo, its graphics are black and white, and it requires you to solve puzzles in order to progress through its levels, amid a dark and brooding atmospheric backdrop.

It plays differently to Limbo, however: you control a deep-sea diver who can possess the diverse marine life that enters his vicinity; different types of fish have different abilities, such as a hammerhead shark which can smash certain environmental objects, or piranhas that can bite through cables or chains.

We interviewed one half of Silt’s development team, Tom Mead, who revealed that the game has an unusual provenance: ‘I was a fine artist for about 10 years and Dom, my development partner, was a research scientist at the time – about three or four years ago. He was a behavioural scientist, specialising in bees.

‘Essentially, we met at the perfect time: I was doing a watercolour series of some of the characters in vast, empty abysses. We were discussing game ideas and I showed him one of those paintings, and he thought it would be the perfect starting point for a project. So it literally all came from one painting of mine. And that painting is called Silt, so that’s how the name came about.’

Silt started off more or less as a hobby, as Mead explains: ‘We were a two-man operation for the first couple of years, doing it part-time. We got accepted onto Stugan, which is a Swedish accelerator programme, where you get flown out to the middle of the forest, everything is paid for, and you spend two months brainstorming. The end result is that you make a demo. Once we were there, we became able to properly get our teeth into it full-time. We didn’t even live near each other at that point. It’s the first time we were actually in a room together.’

Silt is charming and atmospheric, as Mead says: ‘It’s our debut game, so we didn’t want to make a huge epic, of course. But it’s a good amount of time – a five to six-hour type of playthrough. I’m sure that in the future that we’ll be making games that are like 20, 30 hours… who knows? I’ve been doing concept art for new ideas – basically doing what I did at the start of Silt, which is just painting whatever I want to paint and seeing what happens. So hopefully, one of those concepts will become our next project.’

Perhaps the most eye-catching game at the show – not so much in terms of its graphics but its sheer ambitiousness – was also on the Fireshine stand. Entitled Shadows Of Doubt, its auteur, Cole Jefferies, also hails from Bristol, and describes it thus: ‘The general premise is that it’s an open world stealth detective game. We’ve got this city and within it, we’ve got a load of different citizens, literally a few hundred citizens, and they’ve all got simulated lives, with jobs and apartments.

‘Within this world, there’s a serial killer going around killing people. And it’s generally up to the player to catch them. You’re essentially a freelance detective, so you can go and catch the killer, but there are also side jobs you can do: investigate affairs, stolen items and so on. But it’s really an open world game where you’re living within the world. We’ve found a lot of people just like living in a film noir and going into bars and ordering drinks, that kind of thing. So, we’ve leaned into that.’

Shadows Of Doubt is highly distinctive, its open world isn’t physically massive by video games standards but is highly detailed, as it contains fully populated apartment blocks that can be 17 storeys high, with each apartment occupied by someone who can be investigated. Graphically, it is mainly constructed of voxels – with their distinctive blockiness, as seen in games like Minecraft, mixed with more textured areas created in Unity. As a result it has a great film noir vibe.

As Jefferies explains, the procedural generation means each playthrough of Shadows Of Doubt will be unique: ‘The physical layout of the city is procedurally generated. A lot of the central corridors within a building are designed by hand, so if you imagine that you have lots of different apartments within a building, within that apartment, the floorplan, all the furniture and all the décor are procedural. So the broad strokes are a mixture of hand-crafted and random.’ Plus, he adds, the citizens are procedurally generated too: ‘Their names, their ethnicity, their interests, their jobs and so on.’

Gameplay-wise, stealth is a major factor, as you’re a freelance detective and your presence is not necessarily welcome, so you have to work to gain access to crime scenes. But when you do find one, you’re given all manner of tools, including a fingerprint scanner, and can search things like waste bins for clues and rifle through address books. Everything you amass can be tied together and displayed on a pinboard which essentially lets you build a murder database.

For an indie game, it’s extremely ambitious, yet it was made by a mere four-man team. Jefferies says: ‘I’m a bit of a jack of all trades. I’ve done a bit of the graphics and I’m the lead programmer. But I’ve got a team that includes a voxel artist, who is very talented; a writer, who writes the little snippets of lore that you find around the world – there’s so much stuff there. And then we’ve got an audio designer. So, it’s just a team of four, and I’m the only full-time person on it.’

Jefferies won’t be drawn on a release date for Shadows Of Doubt. It may arrive late this year or possibly in 2023. But it should be well worth looking out for.

Trek To Yomi, Cult Of The Lamb, and Card Shark

Over on the Devolver Digital stand, a number of games caught the eye. Chief among them, and surely destined for cult hit status, was Trek To Yomi, which essentially casts you as the star of a samurai film. With black and white visuals, it cleverly flips between side-scrolling and third person into-the-screen movement. Minimal, but visually stunning and excitingly atmospheric.

Devolver’s Cult Of The Lamb also got its first playable outing: a 2D roguelike hack ‘n’ slash with a distinctive visual style, it will challenge you to generate your own lamb-based cult. It proved to be great fun to play and both hilarious and unexpectedly dark, with all sorts of amusing digs at religious cults. It’s due to arrive for consoles as well as Steam at some point before the end of 2022.

Devolver had another game on show with bags of personality entitled Card Shark. Its 18th century France setting lent it an unexpectedly baroque air, while its gameplay centred on cheating at cards, a mechanic we’d like to see much more of in video games. Card Shark should be released pretty soon, although Devolver hasn’t yet set a firm release date for it.

Marauders and Ship Of Fools

Finally, indie publisher par excellence Team17 had a number of games on show, including one making its debut, called Marauders. A PC-only affair, it looks pretty sophisticated for an indie game and has an interesting premise: two teams of four first person shooters are assigned to a spaceship each, and must engage in space combat before docking and slugging it out inside one or both ships.

Team17 also unveiled Ship of Fools, a co-op roguelike action game with a lovely pirate-style vibe which we greatly enjoyed playing, which combined hack ‘n’ slash action with firing ship-mounted cannons at huge enemies (while patching your ship with planks to stop it sinking).

The first WASD show felt well timed, given that many of this year’s biggest releases have already appeared, so attention among gamers is inevitably turning toward the steady stream of gems which the indie games scene throws up on a monthly basis.

On the evidence of WASD, that scene is healthier than ever and as for WASD itself, it brought a refreshing return to normality after three years which have proven disastrous for video game shows, and it looks well set to establish itself as a key part of the gaming calendar.