Intel has confirmed that it’s buying Israeli urban mobility startup Moovit, in a deal worth $900 million. Reports of the impending acquisition were first published by local Israeli publication Calcalist on Sunday, and in a press release today, Intel noted that it was buying Ness Ziona-based Moovit to help make Mobileye a “complete mobility provider,” including robotaxi services.

Chip giant Intel has a recent track record of acquiring Israeli startups, having doled out an eye-popping $15.3 billion back in 2017 for Mobileye, a computer vision firm specializing in autonomous cars. And a few months back, Intel paid around $2 billion for Habana Labs, which develops programmable AI and machine learning accelerators for datacenters. Its latest acquisition is perhaps particularly notable, given that Intel had previously invested in Moovit via its venture capital arm Intel Capital.

Founded in 2012, Moovit is best known for its consumer-facing app that’s used by 500 million people to see the best ways to traverse a city using a combination of transport options, and even includes nifty augmented reality (AR) directions. However, the company has pivoted its core business to focus on licensing its back-end platform to third parties through a “mobility-as-a-service” offering.  Through this, Moovit provides municipalities with data and analytics to improve city transport infrastructure, while corporations such as TomTom and Microsoft can also leverage Moovit’s data to offer any third-party developer access to real-time transport data to include in their own apps. 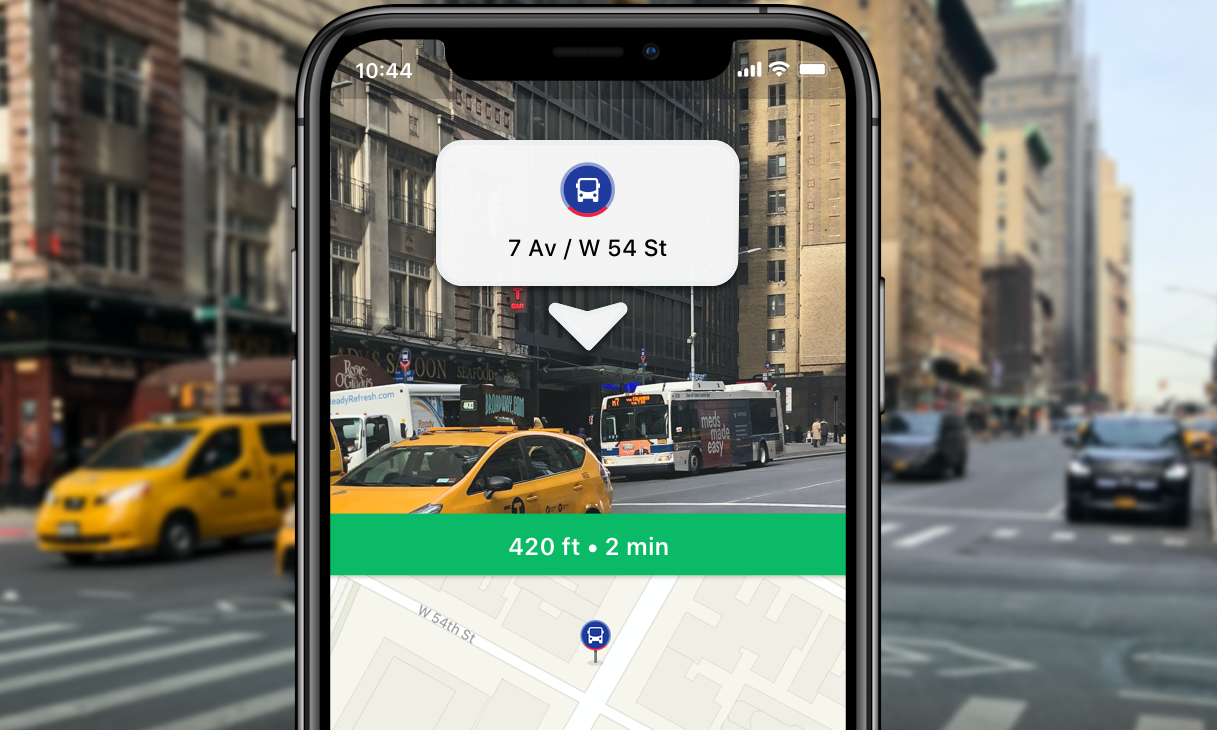 The timing of Intel’s acquisition is notable, as it comes during a period of great uncertainty for companies such as Moovit — the global pandemic has meant that public transport has been in low demand as people have remained at home. Moovit itself publishes data showing the impact of COVID-19 on public transit usage in key cities around the world, showing that it’s down by as much as 80% in some areas. 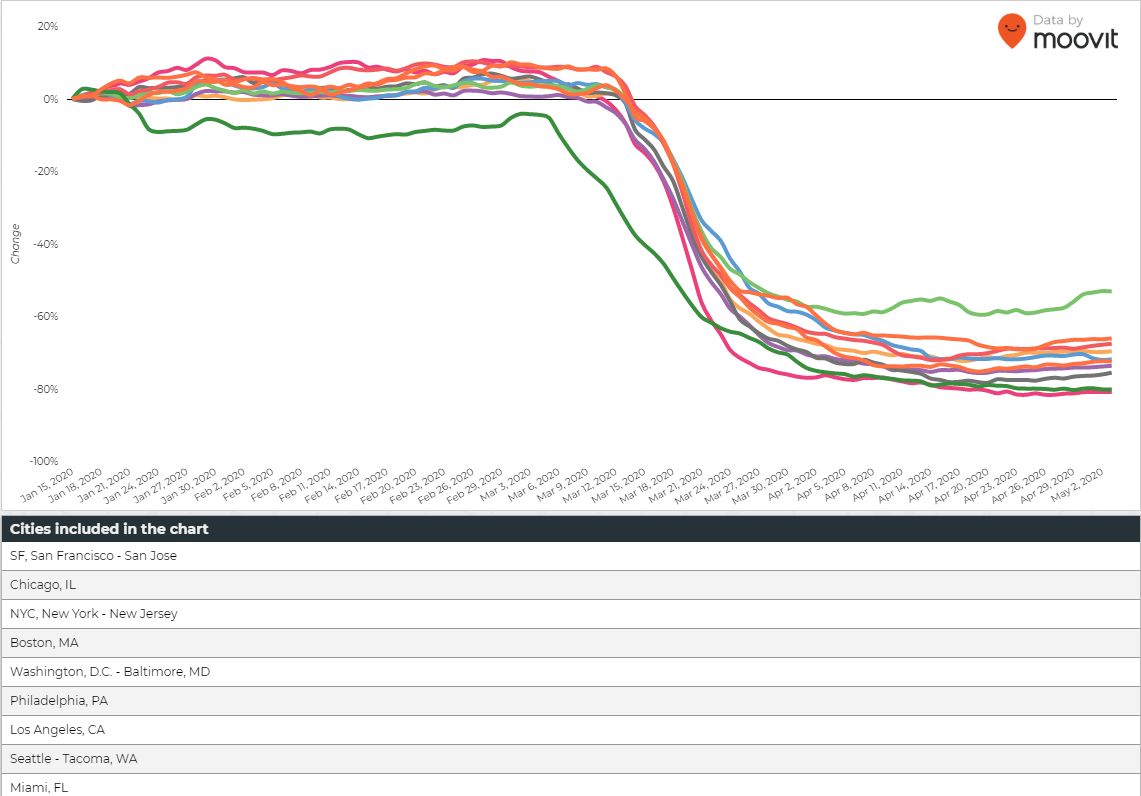 Above: Moovit data showing decline in public transit during COVID-19

As with other companies during the COVID-19 crisis, Moovit has sought new ways to keep business going, and last month it launched an emergency mobilization platform, making it easier for transit organizations to redeploy their unused vehicle fleets to create new on-demand transport services for frontline workers. Corporations can also use the platform to arrange dedicated pickup services to get their essential employees safely to their place of work.

It’s not clear to what role — if any — the COVID-19 crisis played in Moovit’s decision to sell now, but under the wings of a tech behemoth such as Intel, Moovit can worry just that little bit less about revenues in the coming months and years as society considers how to adjust to a “new normal” that may lean heavily on remote-working. The terms of the deal also seem like a decent exit for Moovit, which had raised around $131 million since its inception, including a $50 million series D cash injection led by Intel Capital in 2018.

Related posts:
05/04/2020 News Comments Off on Intel acquires urban mobility startup Moovit for $900 million
Hot News
Sakurai Says To Wait "Just A Bit Longer" For His Next Announcement
Destroy All Humans 2 Remake In The Works Under A Codename
Mighty Doom Is A Free To Play Mobile Game Based On Bethesda’s Popular Franchise
Nintendo Will Focus More On Original IP’s In The Future
6 Tips For A Pokemon Platinum Nuzlocke
Recent Posts