Apex Legends Mobile is only out in a few countries right now, but players of the regular game on PC and console have been eyeing up footage (or sneakily downloading it themselves) to compare the two and see exactly how they stack up.

There are obvious differences that you can tell from a glance: the graphics are worse, it uses on-screen controls, and you mostly play from a third-person perspective. However, long-time Apex players are more envious of the smaller quality of life updates that the mobile port provides.

Many were surprised that Apex Mobile has its own unique Battle Pass and cosmetics that aren’t available in the main game. That was the least surprising thing for me. This isn’t like the Switch port, this is a whole new game based on the Apex Legends concept. Launch into a game and you’ll see the names of POIs pop out of the landscape like VR blimps. It has its similarities (nobody drops anywhere other than Fragment still), but whether you want to call it a port, a remake, a demake, or anything else, it’s a different game.

Very few people want Apex Legends to play like its mobile counterpart, though. It’s everything outside of the actual battling that seems to be an improvement on the original. Take the weapons menus for example. Not only do they show a detailed breakdown of how much damage each weapon does, how much recoil it has, and a host of other stats, you can see how attachments of different levels impact those stats. You can also compare weapons, to see just how much more damage the Kraber does versus the Sentinel, or how much faster the R99’s rate of fire is than the Alternator’s.

While the stats don’t differ from those in the regular game – so you could feasibly load up the mobile version to check the stats of your guns on PC – the only way you can check the damage of your weapons on console or PC is by heading to the Firing Range and manually counting, and more complicated stats require you to load up third-party websites like the Apex Legends wiki.

The Firing Range has also undergone a significant upgrade for Apex Legends Mobile. There are minigames that serve as warmups or aim trainers and you can easily activate the training dummies to a variety of different difficulty settings as you prepare to jump into the battle royale proper. The original game has included some great additions to the Firing Range as a part of Bangalore’s latest lore challenges, but we don’t know if they’re here to stay just yet. 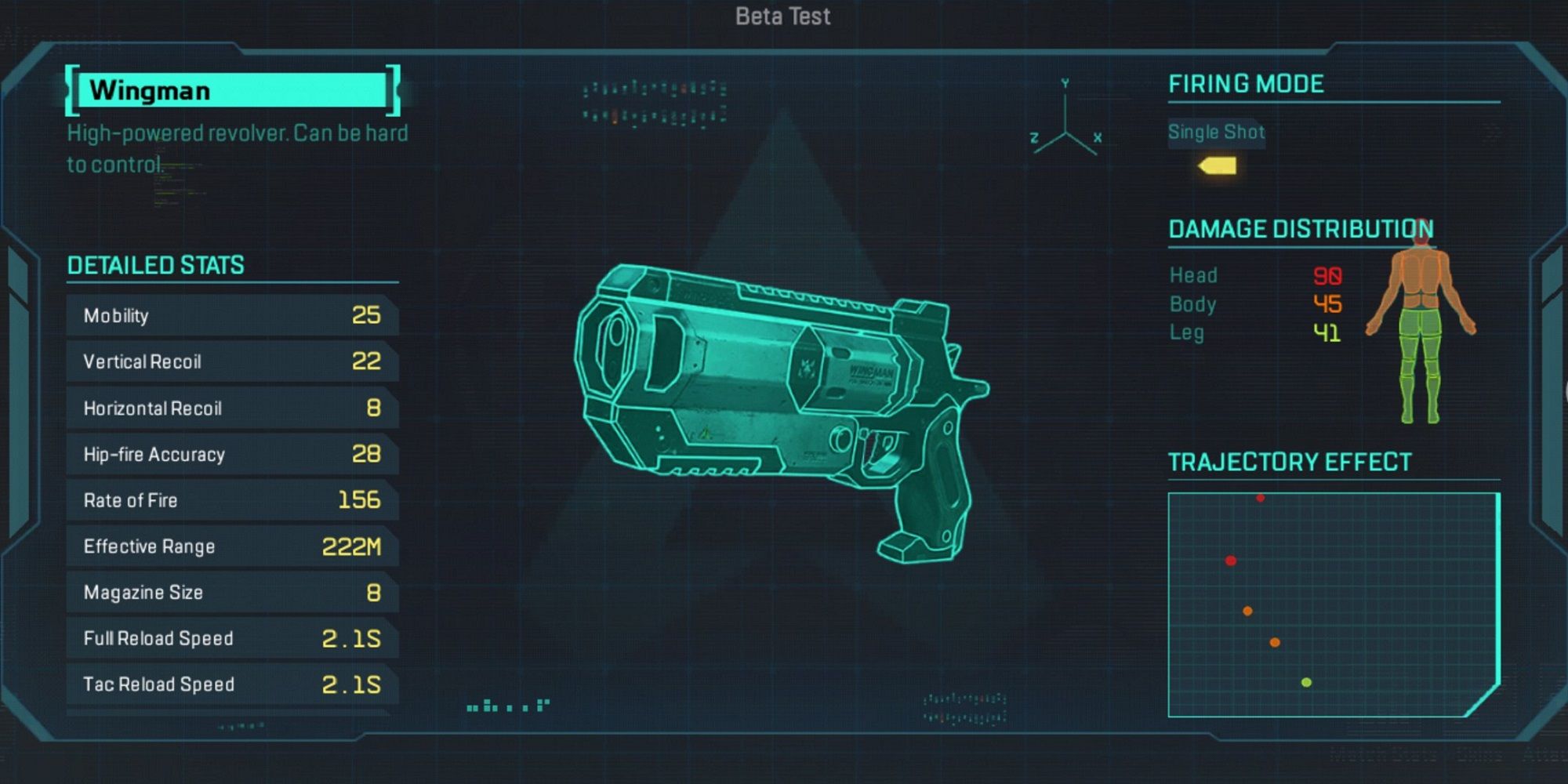 Before you jump into a battle royale, though, there are some other differences, too. I know you’ve done your warmup in the Firing Range now and just want to play, but bear with me. The first is another game mode on offer: Team Deathmatch. This is probably the most requested mode in Apex Legends and while Control hits the spot nicely, nothing hits quite like TDM.

The final, and arguably most major, change that the mobile version makes to the Apex Legends formula is the addition of perks. These are unlockable buffs you can apply to your Legends to increase their abilities. Want to fall faster through the air? Gain 50 Evo Shield points for downing an opponent? Instantly charge your Tactical Ability upon landing or respawning? Decrease ability cooldowns when using Assault Rifles? All of these are options in Apex Legends Mobile.

This isn’t necessarily an improvement on the base game, however. I can only imagine the frustration when you lose a fight because your opponent has a buff to their reload speed that you didn’t know about or they get to use their Tactical Ability again for free because they downed your teammate. Apex Legends has plenty of RNG as it is – being a battle royale and all – and this adds more random elements to your fight. That said, I like the idea that playing as your main can unlock perks for them to use. With a little tweaking, this could be a cool addition to Apex Legends on PC and console. 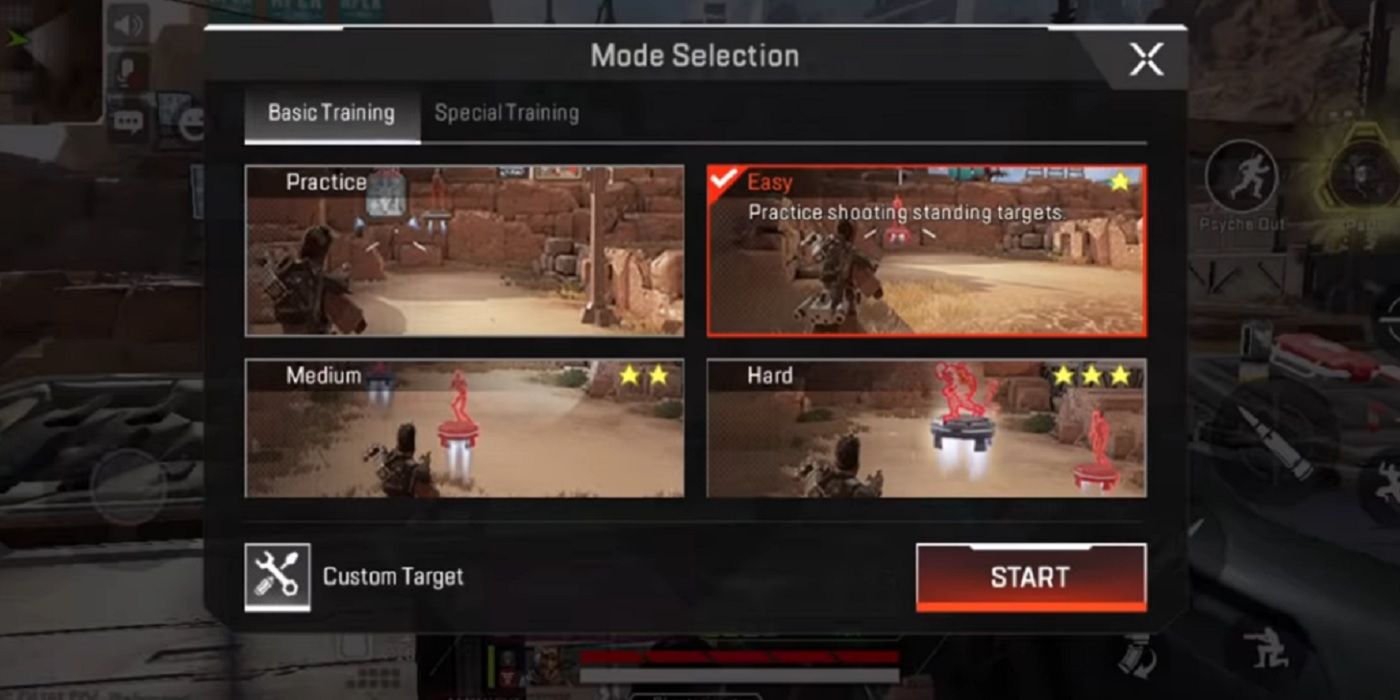 Not every change in Apex Legends Mobile is a positive one; I’m still on the fence about the perks, for instance. The on-screen controls also lead to some overpowered combinations. Playing the Hemlok on single-fire mode is practically broken because it has less recoil, but you can hold down your finger on the fire button to essentially fire it as a full automatic. In Apex Mobile, it has a similar rate of fire to the Rampage, with far less recoil and better hip fire accuracy. In general, a couple of balance changes need to be made (Respawn has already upped the number of Kraber shots you can fire because it’s harder to hit with snipers on Mobile) to make things feel fair.

There’s no way to actually judge whether Apex Legends Mobile is a better game than the PC and console version, because it’s an entirely different beast played on very different hardware. But between the Firing Range updates, the weapon statistics, and the new game modes, I sure do hope that it’s a testing ground for new additions to its predecessor.