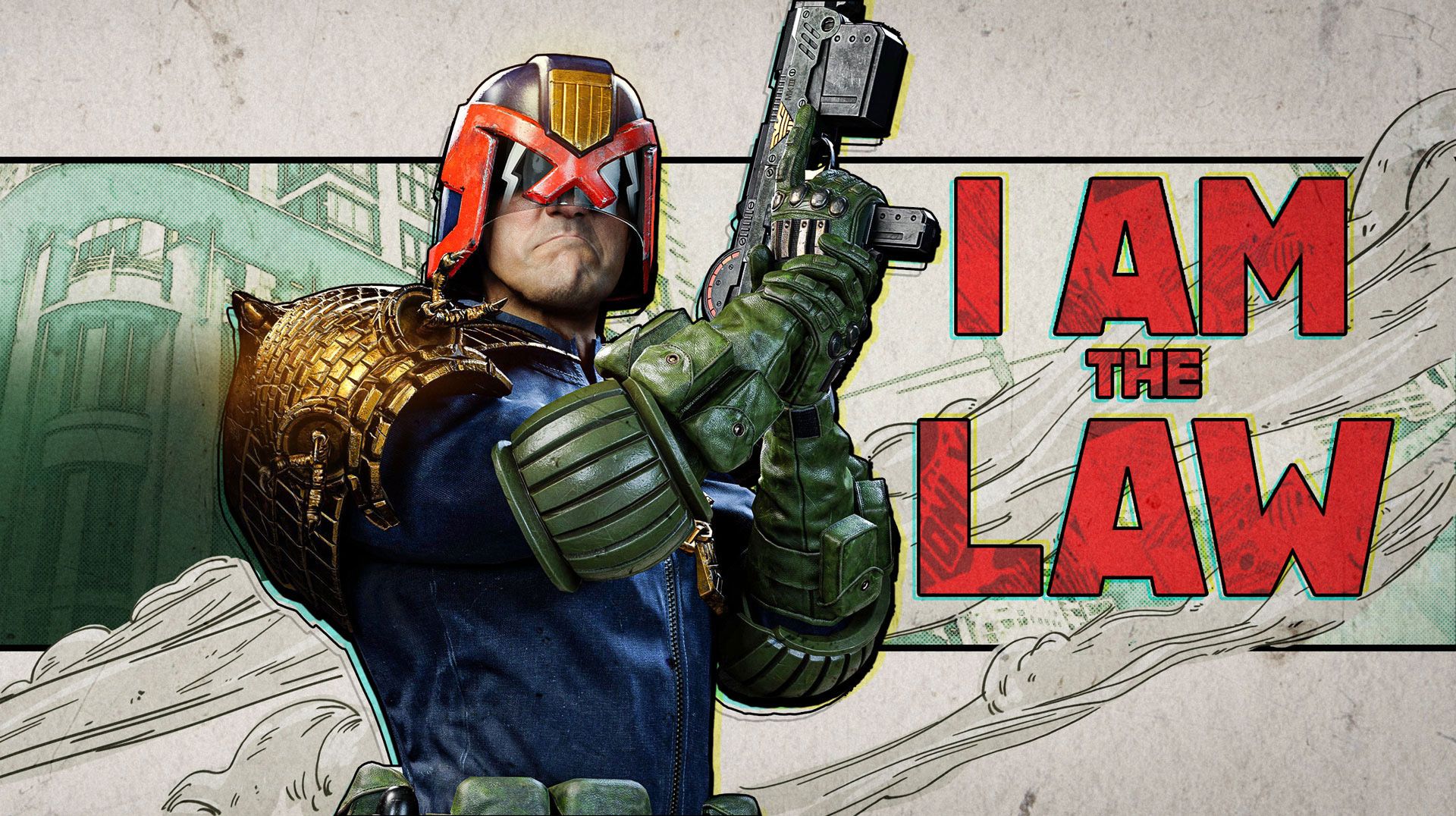 The most unlikely Call Of Duty crossover so far features 2000 AD’s Judge Dredd, as the mid-season update gets ready to begin.

Although Zombies mode often features famous actors, traditionally Call Of Duty doesn’t go in much for crossovers with other properties. They had Predator once, and a few others, but when they added Rambo and John McClane from Die Hard back in May it felt a lot more like the sort of thing Fortnite would do.

It seems they weren’t one-offs either as the next cameo is even more fantastical, with no less than Judge Dredd himself set to become a playable character, or rather a skin for existing operator Ingo Beck.

The Tracer Pack: Judge Dredd store bundle will be released later in Season 5 and includes two skins, including a black and white cel-shaded variant. On top of that you get three new weapon blueprints for the Quick Judgement SMG (with proper British spelling!), Arbitrator Rifle assault rifle, and the famous Lawgiver pistol.

On top of that you get a new Incendiary finishing move, Book of Law weapon charm, a Judge’s Watch wrist accessory, and an animated calling card and emblem.

Even if it is just a skin that’s a lot more effort than you would’ve expected for a character that most Americans have probably never heard of and if the image above is what it’s going to look like then the artists have done a bang-up job.

Of course, what would be even better is a dedicated Judge Dredd game but despite the comics being owned by Sniper Elite developer Rebellion there hasn’t been a new big budget attempt since the disastrous Judge Dredd: Dredd VS Death in 2003.

The new content includes a new 6v6 map called the Zoo, a remake of a DLC map from the original Black Ops, and the return of classic mode Demolition – which is basically just Search & Destroy with respawns.

Zombies will get a new region called Armada, based on the multiplayer map of the same name, and a new chest type tied to the Outbreak World Event, as well as a limited time event called Survival.

Finally, Warzone will be getting a new mode called Clash, which is basically just Team Deathmatch on a larger scale. Then later in the season Iron Trials ’84 will be added, which increases your health but decreases your ability to regenerate it.

The Numbers event is the biggest new deal for Warzone though, which is due to start on September 21 and, in another reference to the original Black Ops game, will add broadcast stations to the map which will start sending out numbers. If you interact with the stations you’ll get $2,000 in-game currency to use in the match and, if you do it again, exclusives rewards including calling cards and charms.

Perhaps the most notable thing about the update is just how fantastical Call Of Duty is getting right now, with not just Dreddy but a sniper rifle shaped like a ghost pirate ship and a Lederhosen skin to celebrate Oktoberfest.

It’s hard to imagine that sort of thing carrying on with the upcoming switch over to Call Of Duty: Vanguard and its Second World War setting but we’ll have to wait and see exactly how that’s handled.