“Part of the appeal of Godzilla as a villain is the feeling of catharsis that gives to the viewer as he wreaks havoc, but it’s not only Godzilla that really attracts me to kaiju films, but rather the world that Godzilla inhabits,” writes Kaida Yuji, the artist behind many iconic Godzilla iterations in the foreword to his fantastic coffee table book The Godzilla Art of Kaida Yuji. “Godzilla, as realized by incredible Tokusatsu techniques, is really cool and has a monstrous beauty to him, but more than that, I am always drawn into the world that becomes forever changed as a result of his appearance.”

The world in Kaiju Wars is based on small grids, and on each tile is a pixelated forest or a bundle of tiny skyscrapers. In your role as mayor, you look down from the sky, your prefecture miniaturised like points of interest on a tactical map in a government war room. Somehow, the pixel forest on square A3 looks pretty. You think about walking in through the pines as dappled sunlight bathes your face. The cities look bustling, despite their small size. Their inhabitants are going about their days, as speech bubbles popping out of towering buildings show.

Then the kaiju appear. While Godzilla doesn’t technically make an appearance in Kaiju Wars, there’s a very similar scaly creature making its way towards a science laboratory that I must protect. The same goes for King Kong – a large, wet monkey levels an entire city with its beating fists. As much as I revel in the sighting of the giant creatures, however, it’s the devastation they leave behind that really entices me. 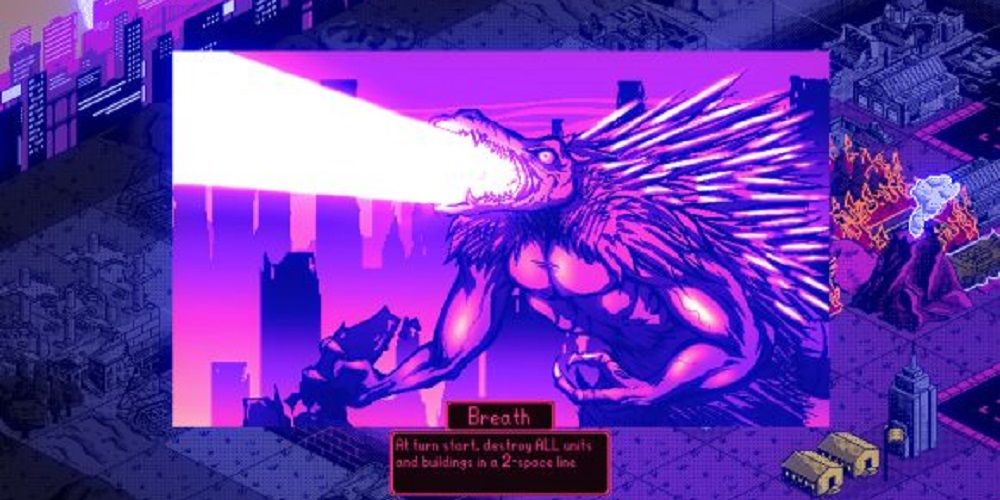 The titular kaiju are slow and ambling, but that only makes them feel even more dangerous. They move a couple of squares a turn, leaving the ground ploughed and ruptured in their wake. If they come across a town or city, the devastation is even greater. With a few thumps of their fists, rending swipes of their clawed hands, or lasers spouted from gaping maws, cities are leveled. The pixelated dust settles, and the monster moves on.

There’s something to be said for the punishment that a kaiju can take. In Shin Godzilla, the best Godzilla movie for decades, the entire might of the Japanese army can’t even scratch the titular kaiju, not even slowing its rampage through Tokyo. I won’t spoil it if you haven’t seen it (go and change that right now. I mean that. Right this moment), but the government needs to think outside the box to defeat Gojira in this instance – armed might is not enough.

The same is true of Kaiju Wars. Your tanks deal measly amounts of damage, and fighter jets take just two chunks off the monster’s first health bar. In this particular level, once you’ve dealt ten damage the creature slows down, moving two squares a turn instead of three. You’ve still got two health bars to go, though, and much of your army has been destroyed in the same manner as the cities you’re nobly trying to defend. Conventional weaponry barely scratches kaiju, whereas they level cities with no more than a stern glare – sometimes literally. What can you do in the face of such reckless hate? 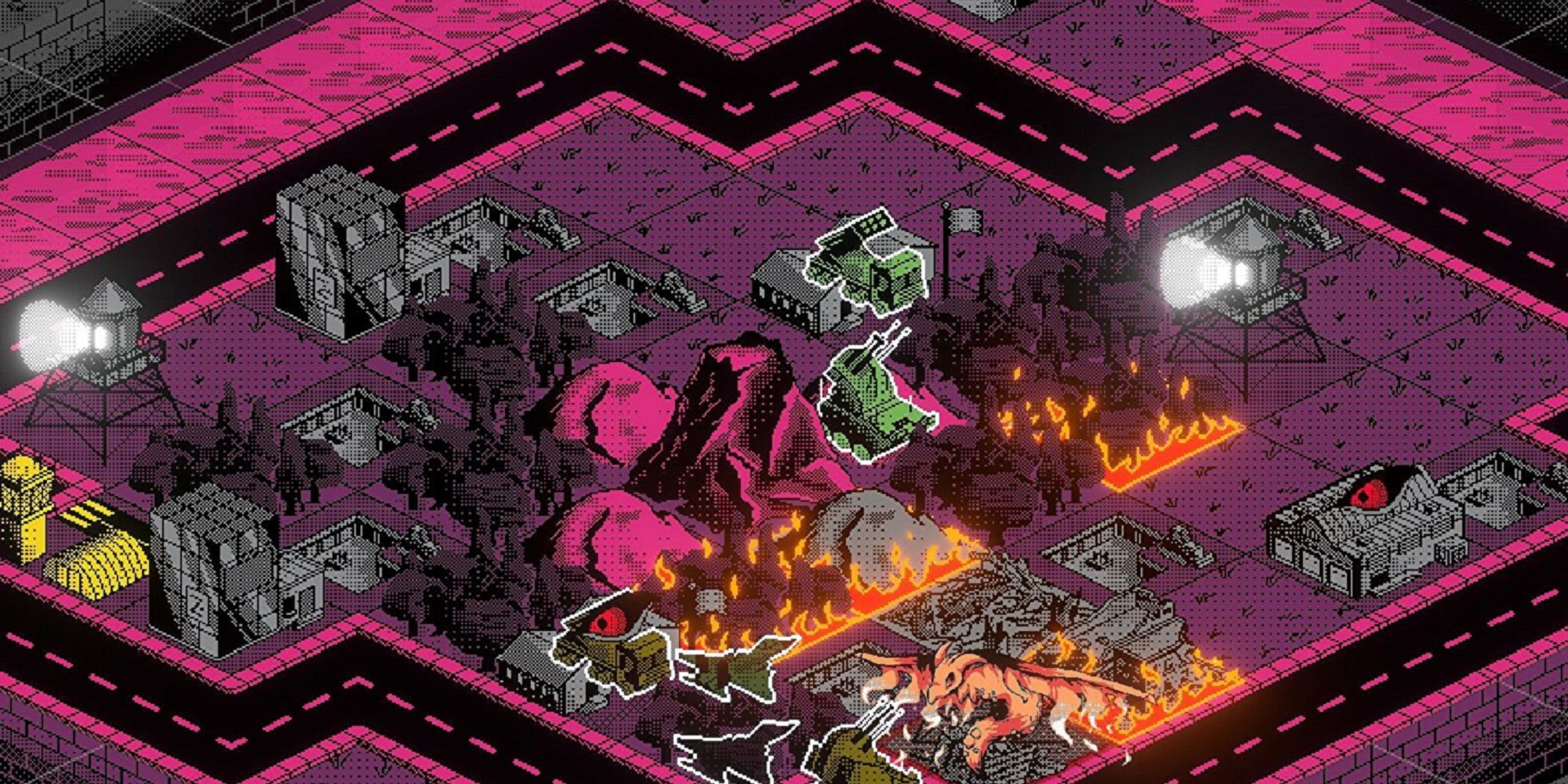 The most iconic shots of Shin Godzilla are not of Godzilla, not really. It’s the lasers shooting from its back, the skyscrapers falling down, sliced in half by a beam of nuclear energy like a knife through butter. It’s not close ups of Shin Godzilla’s monstrous body that are memorable, it’s wide shots of Tokyo on fire, cut in half by a wall of flames that erupt from Gojira’s mouth.

There is a slight element of randomness that dictates the exact path Kaiju Wars’ monsters will take, but they will always beeline for cities or buildings. It’s in their nature. And when you defeat them, whether by mighty firepower or rapidly developed anti-kaiju serum, as the population rejoices and your advisors congratulate you, you’re left to survey the destruction. How will we rebuild? That’s not irrelevant in Kaiju Wars, but the lingering victory screen leaves you pondering the destruction of the beasts. You can trace its route by following the billowing smoke and rent earth. That is the power of the kaiju, and much like Kaida Yuji I am transfixed by the world forever changed.