I reckon that I was probably among the most excited gamers to find out that Kao the Kangaroo was getting a new game. I say that because there are probably only ten Kao fans in the world, but I was still interested to see how the series would look in the modern-day and how a game mostly known for not taking any risks would make itself stand out.

As it turns out, the answer was to not stand out at all. Much like the games before it, Kao the Kangaroo is a standard 3D platformer with little to add to the genre. Its core mechanics are solid and it has some fun levels, but its glitches, uninteresting story, and confusing design choices give it a bit of a glass jaw.

Kao the Kangaroo aims to reboot the series with a new take on the hero and a bigger focus on story. Rather than just being a kangaroo with boxing gloves and leaving it there, this iteration of Kao is a warrior in training that finds the mystical gloves and uses them to help find his lost father and sister. 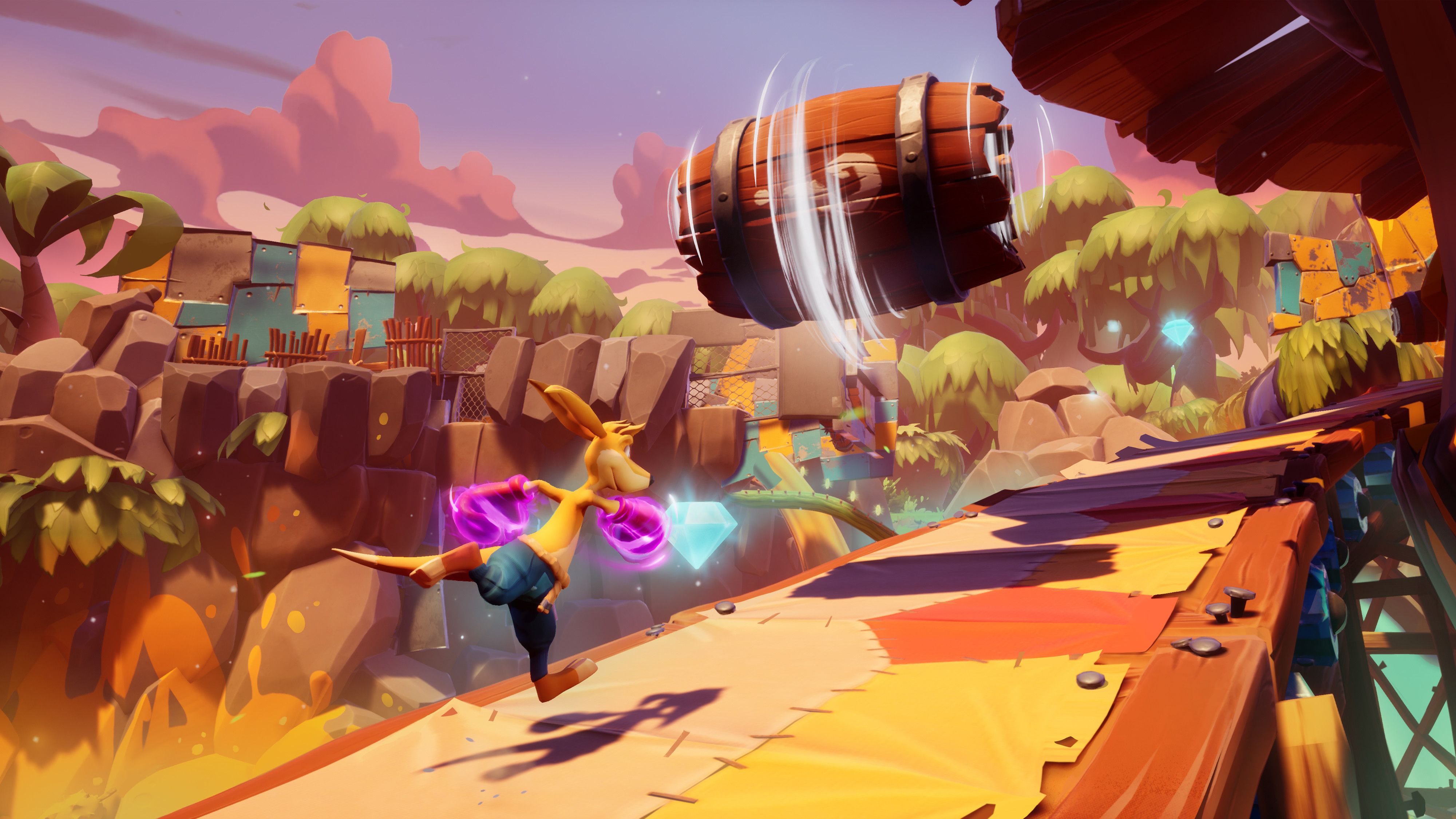 This newfound focus on story doesn’t add much, as most of the characters only seem to have one personality trait and there’s nothing of interest actually happening. Kao simply goes from one area to another, makes some confusing quips that don’t fit, and then moves on until he reaches the end.

Although Kao seems to be building up to some big reveal to do with the eternal gloves and Kao’s family, nothing ever really comes to pass and everything is resolved with little character growth or motivation. I wasn’t expecting Shakespeare, but to put more focus on Kao as a character and not deliver is a shame.

Thankfully, when Kao sticks to what it's used to instead of trying to make me care about its characters, things are a lot more solid. Platforming and movement, the most important elements of any 3D platformer, feel solid and responsive. Kao feels heavier to control than before, which makes jumping and moving feel a lot more satisfying, even if the moveset here is limited. Kao also focuses a bit more on combat than most other platformers, and even though it’s not complex, it’s satisfying to pound on random apes. I guess NFTs got to me after all.

Even with that slight focus on combat, Kao the Kangaroo is a fairly standard platforming experience with linear levels and simple puzzles to break up some of the jumping, similarly to every other 3D platformer ever, but it’s this sticking to the formula that works for Kao. Part of that platforming experience is also having a ton of collectibles to find, but outside of raising your health and getting some outfits, there didn’t really feel like much incentive to do so. Unless you can’t help but collect everything in a platformer, you’ll likely find yourself skipping anything that takes too long to figure out. 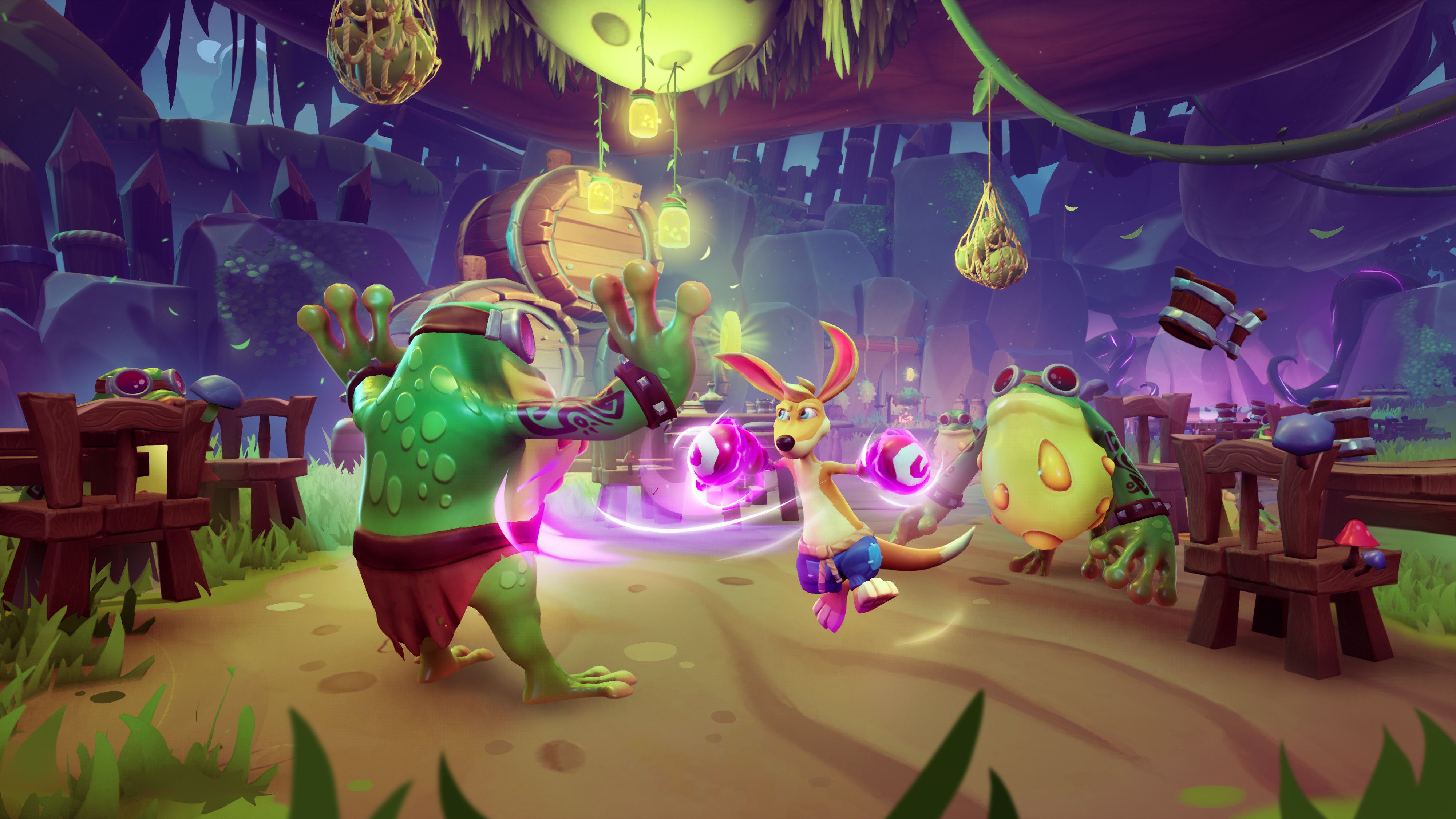 One of the ways that Kao the Kangaroo tries to innovate is through elemental powers for the boxing gloves that help solve puzzles. Fire lets you burn down wooden structures and spider webs, while the second power lets you create ice to skate around on and move blocks. It’s not a new idea, but these two fit nicely into the formula and create some simple puzzles that spice things up.

There’s also a third power, Wind, but it’s only used in two levels before the game suddenly ends, which feels like a wasted opportunity. Kao isn’t too short either, takingaround ten hours to finish, so it’s weird that wind is introduced only to be used and then completely forgotten as the game hastily finished itself.

As fun as those powers are, Kao is at its best when it focuses on tight platforming challenges, which is best felt through the Eternal Well challenge rooms that can be found in each level. A few of these are combat-focused, but most of them are short platforming challenges that can be quite tough at first and feel rewarding to go through. Challenge rooms are nothing new for the genre, but they work here in showing off the strength of the core mechanics.

Even if most of Kao the Kangaroo is a standard 3D platformer, there are some mechanics that either feel antiquated, like the use of lives, or straight up backwards. The worst example of this is the implementation of a TNT crate. Unlike Ratchet & Clank and other games in the genre, that clearly show an explosive crate and make it a challenge to avoid, Kao just hides the TNT inside and gives you no warning that it’s there. Even though the low difficulty means that health matters little, it’s a cheap tactic that made me tut every time it happened. It’s a shame that it’s also the most unique thing Kao does. 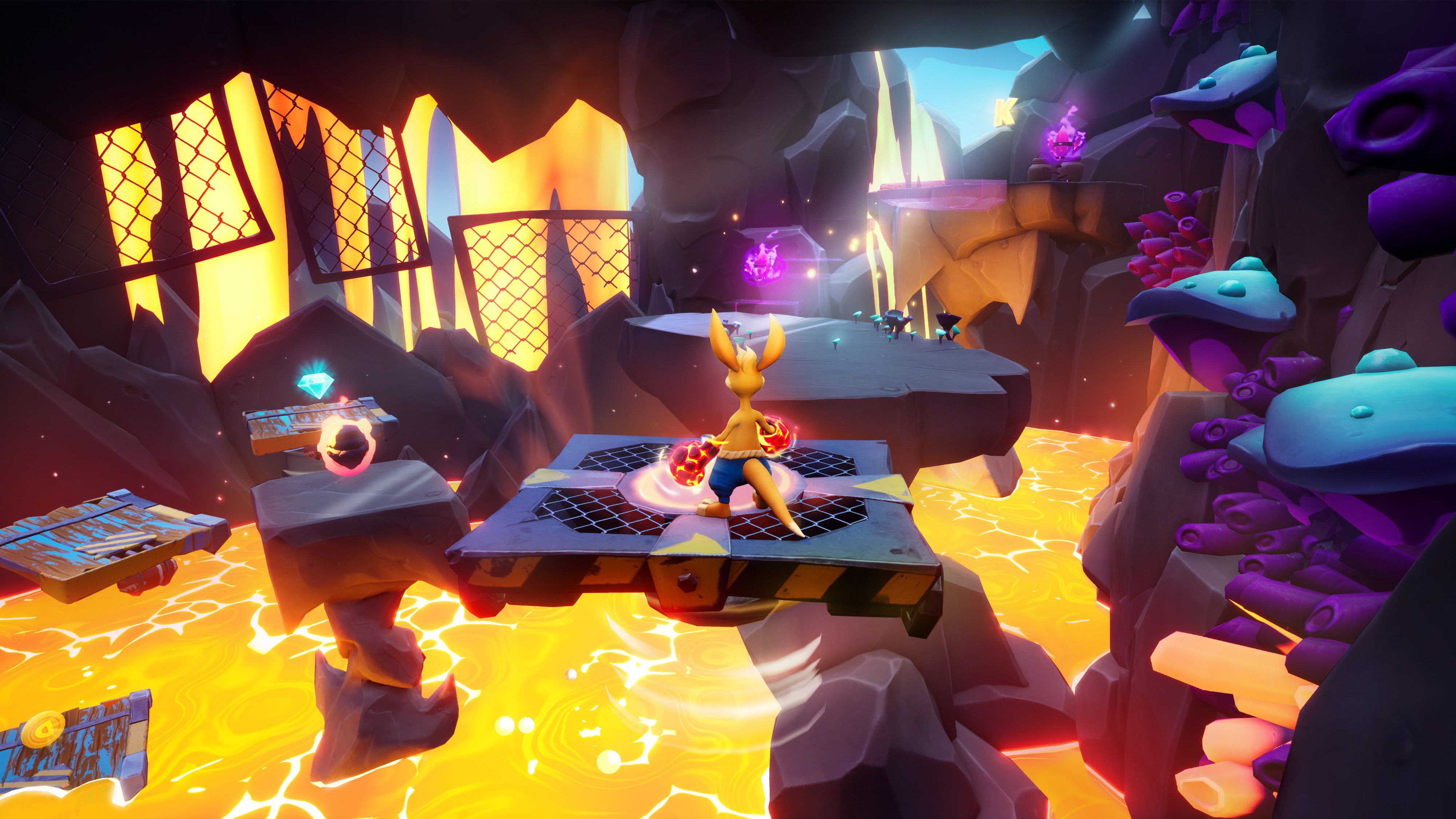 Although most of Kao’s issues are minor and feel like bumps in the road for a pretty standard 3D platformer, its biggest problem by far is its lack of polish. My playthrough was plagued with sound cutting out, subtitles not appearing, dodgy hit detection, trampolines that wouldn’t function, and crates suddenly becoming untouchable unless I used a butt bounce.

I never ran into anything game-breaking in my playthrough and almost all of my issues were to do with presentation, but the constant visual and audio issues made it feel like the whole thing was being held together by string. Kao simply needed another round of testing before jumping into the ring.

These glitches are especially disappointing considering that Kao the Kangaroo actually looks and sounds quite good. The art style is nothing new, but it’s vibrant and a lot of love has been put into the character models and environments. The music matches this vibe and is consistently upbeat and full of energy, akin to the original Crash Bandicoot. It’s just hard to appreciate when it’s cutting out or you find yourself trying to punch a disappearing crate.

Kao the Kangaroo’s core mechanics are solid and some of the things it adds to the series, like the elemental gloves, help keep things interesting, but it’s nothing that the genre hasn’t seen before, and some of those changes end up actively taking away from the experience. There’s good to be found here, but it’s weighed down by so much jank and a lack of innovation that it doesn’t feel like the welcome back that Kao deserves.

Related posts:
05/27/2022 News Comments Off on Kao The Kangaroo Review – A Kick In The Teeth
Hot News
The Elder Scrolls: What Happened To The Snow Elves?
Live action Pac-Man movie and Sonic The Hedgehog 3 confirmed
phencyclidine experience
The Biggest Gaming News For August 8, 2022
how long should you take amantadine
Recent Posts