Roughly two years after its release, Katamari Damacy Reroll is finally rolling on over to PS4 and Xbox One. On the official Japanese website for the game (which is titled Katamari Damacy Encore), a new blurb for Sony and Microsoft’s consoles confirms a release and lists the date as November 19, 2020.

Now, this doesn’t necessarily mean Reroll will be getting a western release, but it wouldn’t make sense to keep it Japan exclusive. The Xbox One doesn’t do well in Japan and the game has already been localized. The small blurb doesn’t mention any new content but simply confirms that a belated port is on its way. 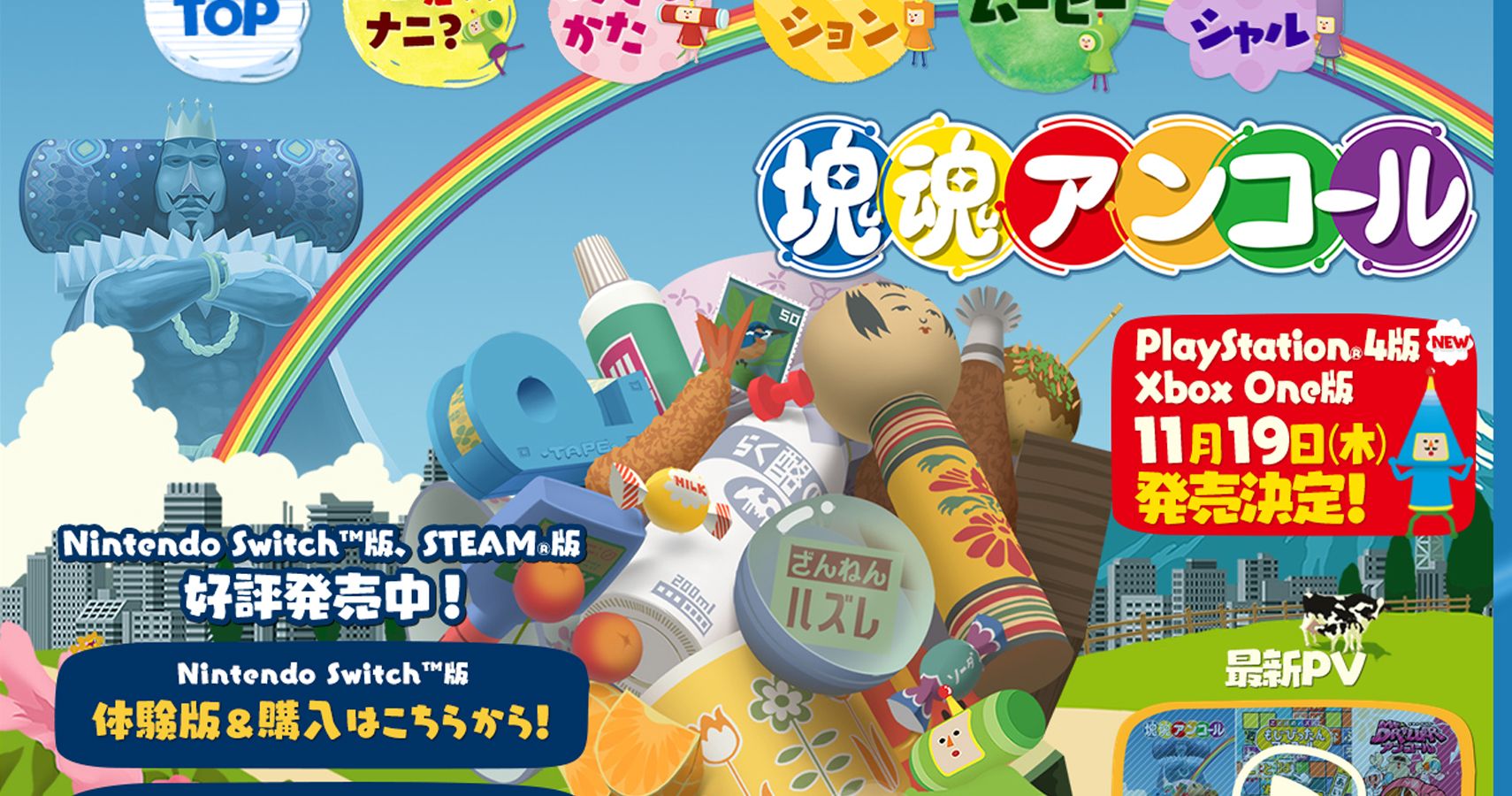 We’ll probably hear later today that an official western release is in the works. Since the Switch version got a physical edition, the PS4 and Xbox One ports will likely get the same treatment. It would be nice to see that excellent “New Game Plush” bundle that was available for Switch get a PS4 and Xbox One variant, but I also just want more stuffed toys. Yes, I am in my 30’s, thank you very much.

My hope with this re-release is that enough people get into Katamari Damacy that Bandai Namco remasters We Love Katamari. The sequel to the PS2 original improved nearly every aspect of its predecessor and remains a truly excellent game. Both are worth playing to this very day, but I’d kill to have the sequel on a modern platform. Or maybe I would hug a plush of the Prince. I’m not sure.

Related posts:
09/02/2020 News Comments Off on Katamari Damacy Reroll Is Getting A PS4 And Xbox One Release In November
Hot News
Pokemon Go Is Removing Some Of Its Pandemic Bonuses This Week
Nintendo’s Jump Rope Challenge will stay on the eShop
New Warzone Bug Teleports Players Out Of The Gulag
As AI chips improve, is TOPS the best way to measure their power?
Call Of Duty: Black Ops Cold War – Zombies Mode Finally Revealed In New Video
Recent Posts
This website uses cookies to improve your user experience and to provide you with advertisements that are relevant to your interests. By continuing to browse the site you are agreeing to our use of cookies.Ok